One of the most impressive things about Minneapolis is their city park system.  Every neighborhood has at least a small park, and there are several really nice parks within walking distance of my daughter’s house.  By far the most special though is Minnehaha Regional Park which contains a spectacular waterfall, access to the river, and the most amazing dog park (by far) we have ever seen.  We took a wonderful walk with Jack and our daughter one day and this oasis of peace within a big city was amazing.  I’ll let the pictures speak for themselves. 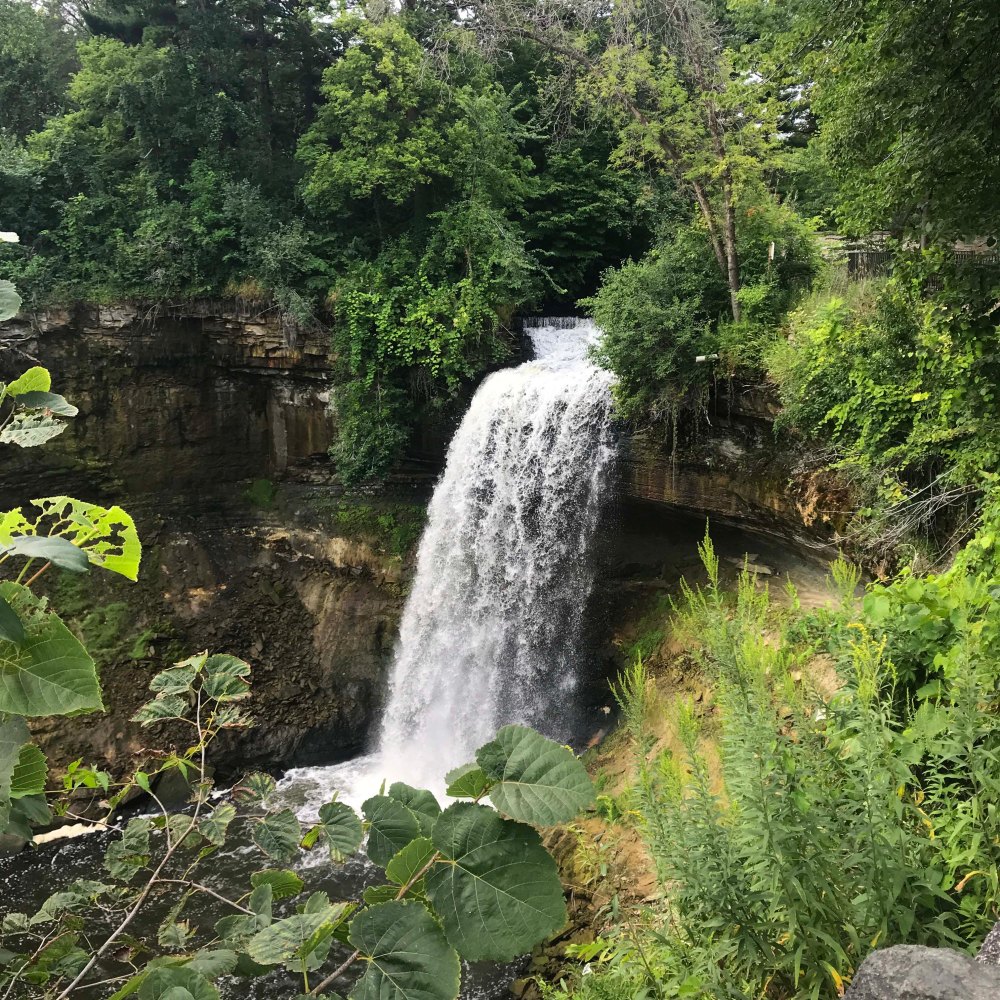 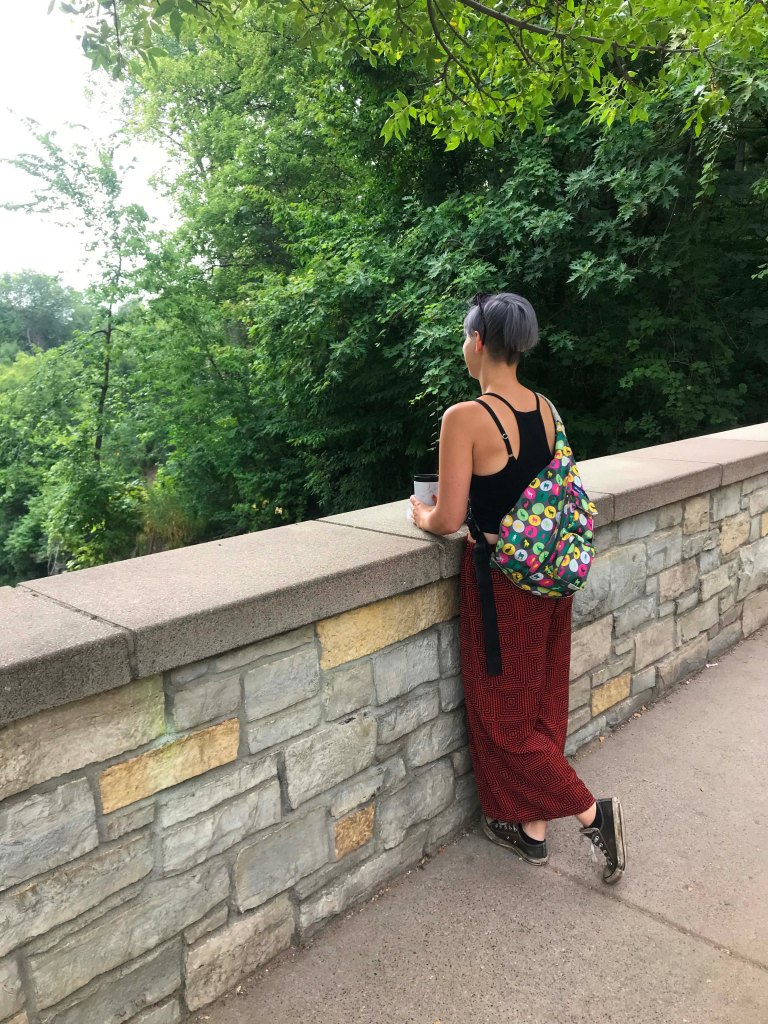 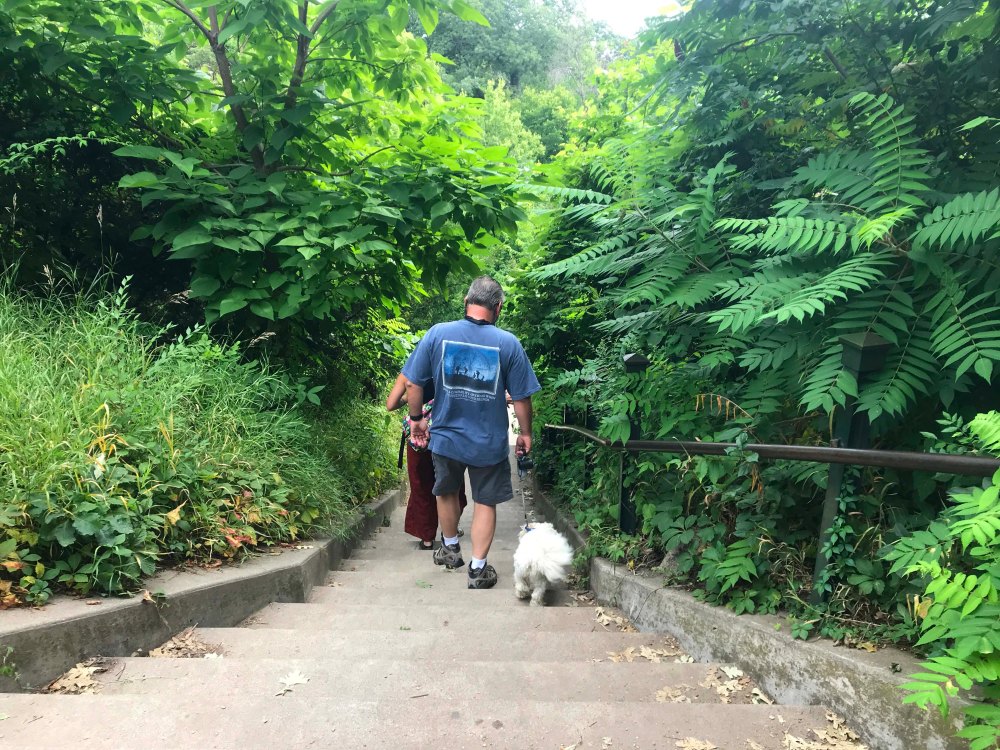 There is a handicap friendly path to see the falls but if you are looking to see more there are steps up and down to the water. 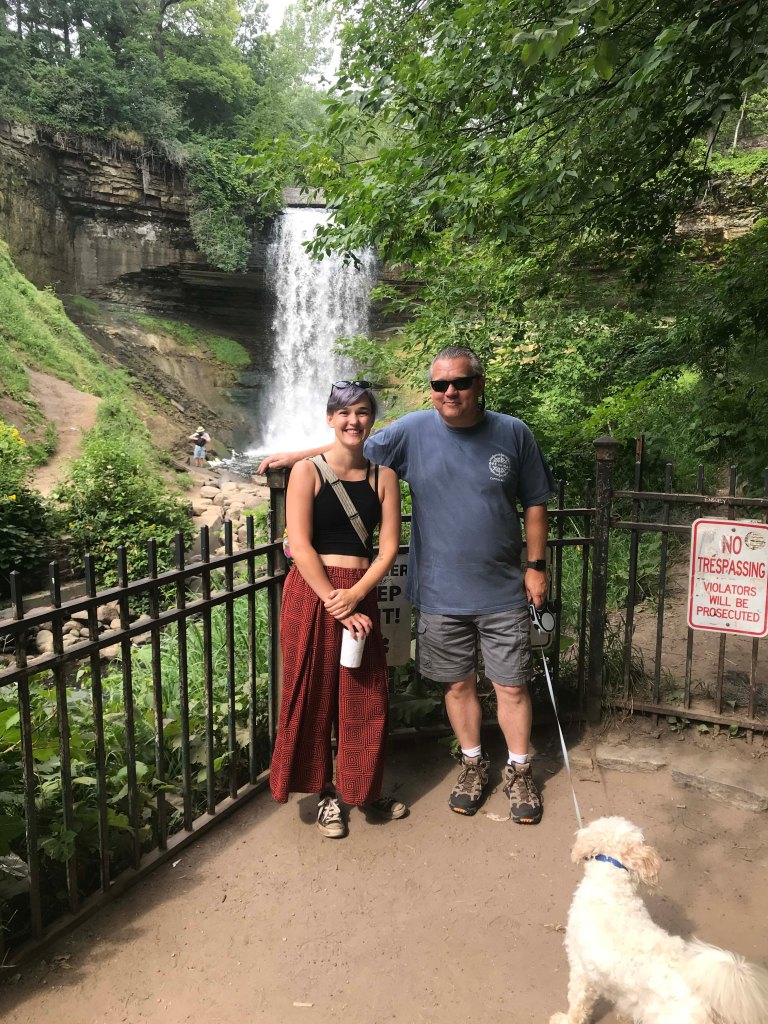 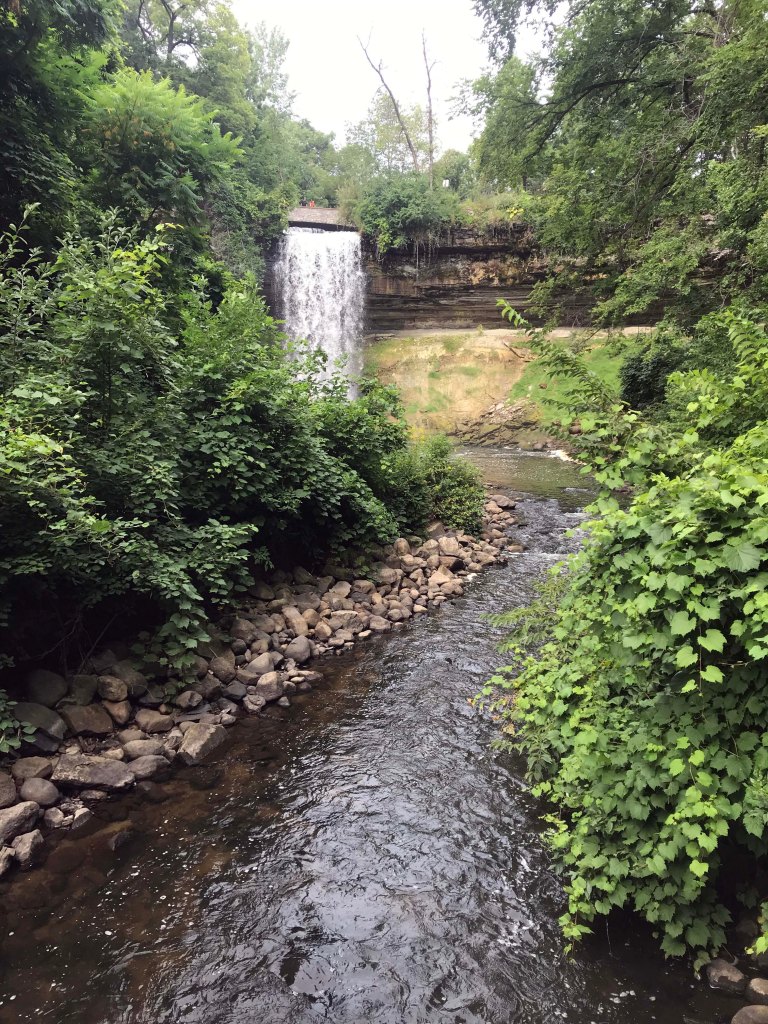 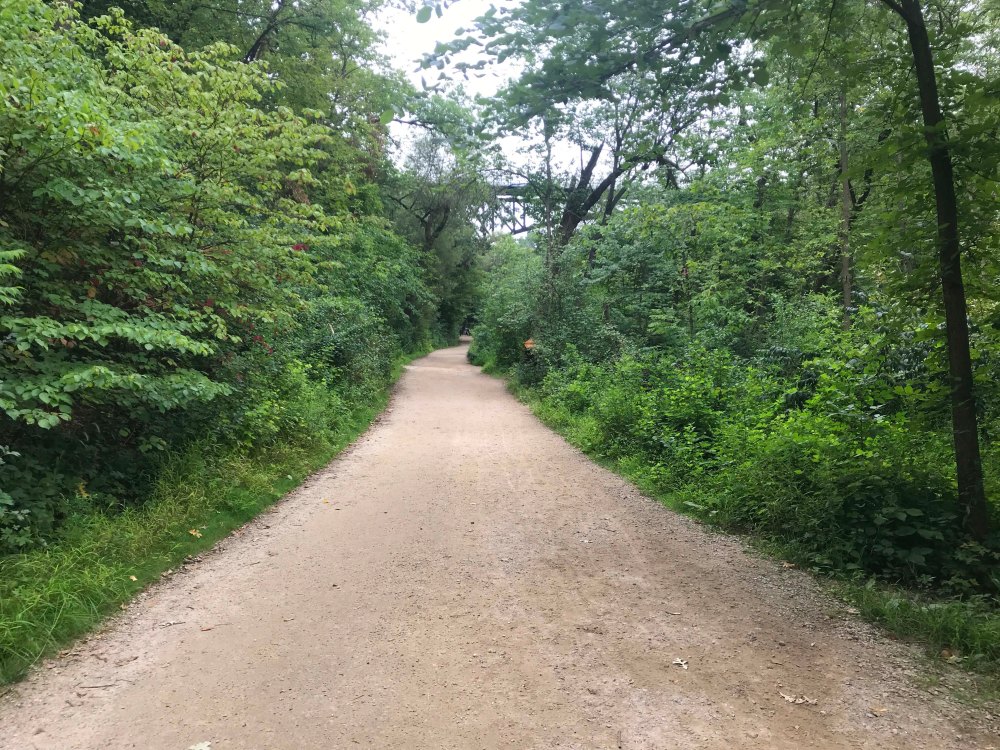 There was a long path along the stream which ultimately leads to the Mississippi river.  Despite the urban setting I wish I would have worn my hiking shoes as the path was a bit rough. 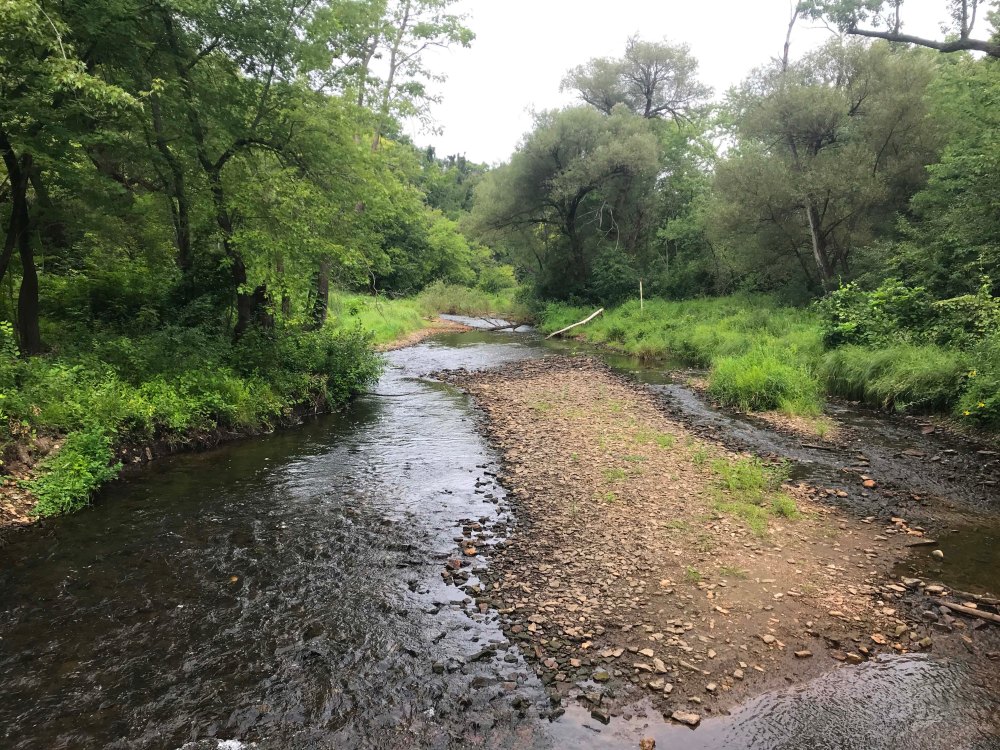 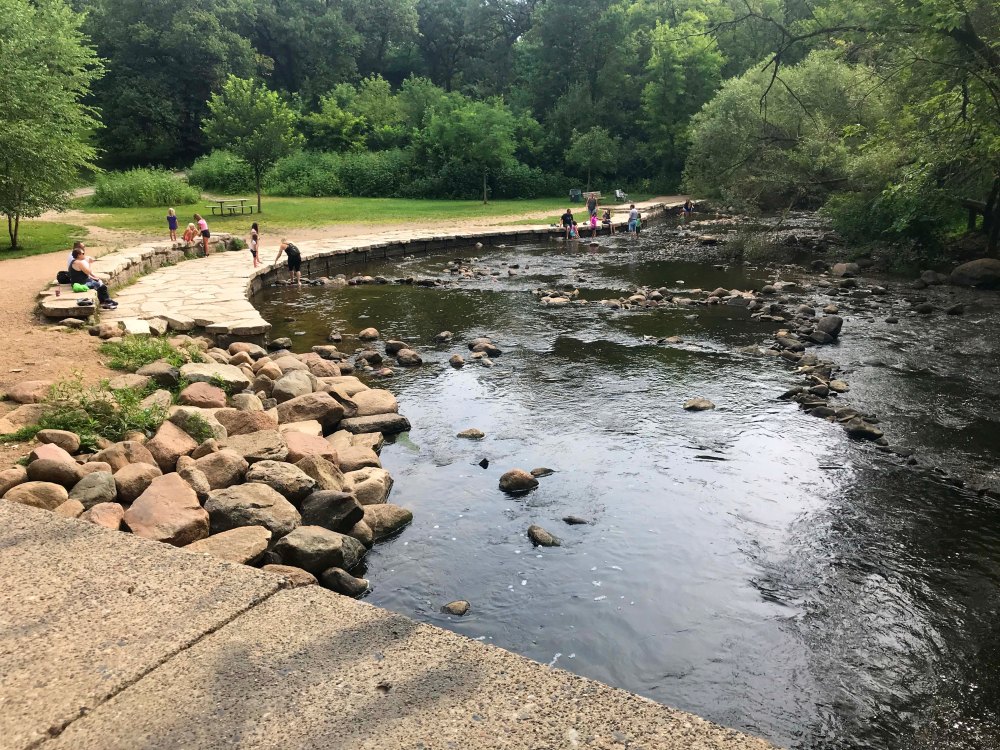 Along the way there were a couple of large swimming areas 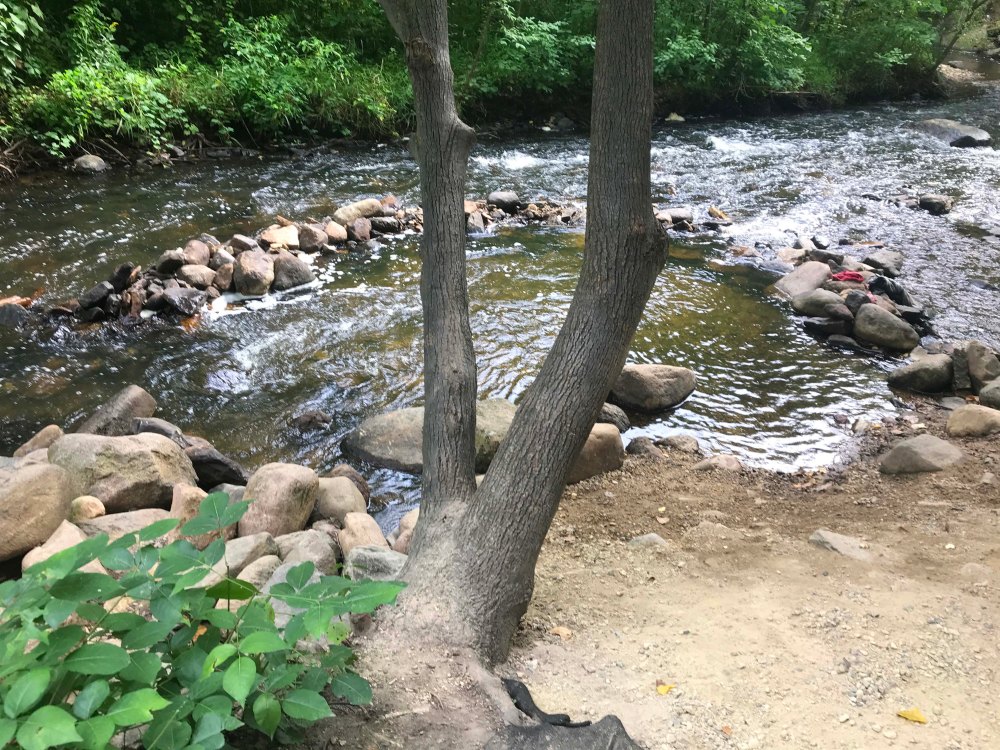 Although there wasn’t much trash we did see lots of clothing in different spots which was a bummer. It’s obvious this area sees lots of use.

We have been lucky enough to see the Mississippi in several states and I was excited to see it near the beginning.  Unfortunately because of the dam it was just OK, but the walk was pleasant. 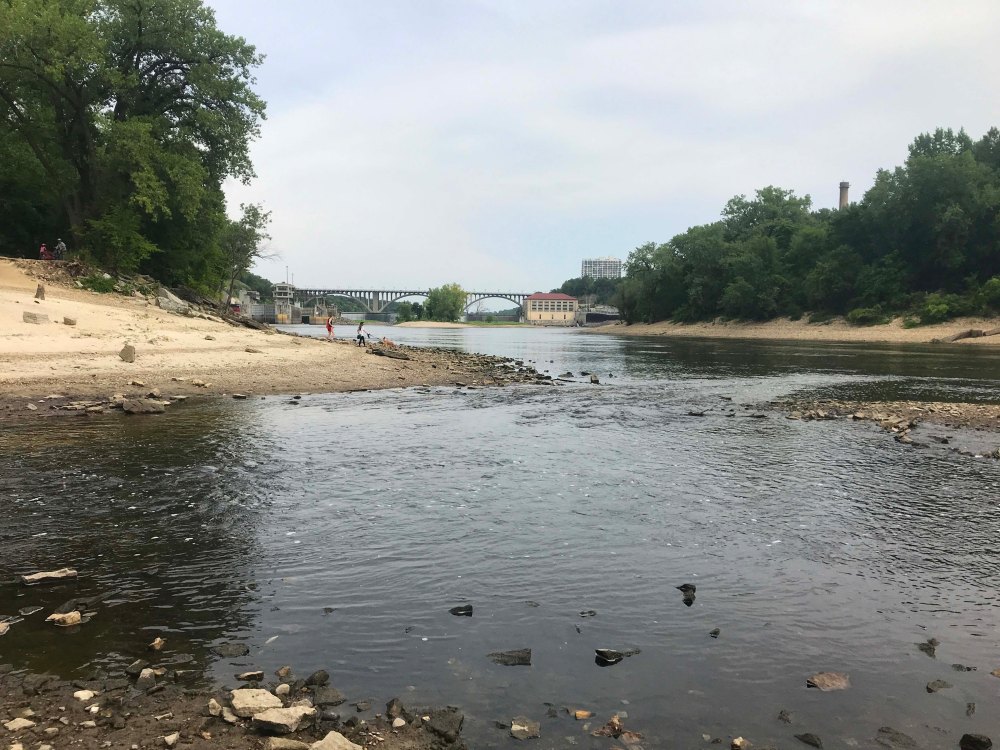 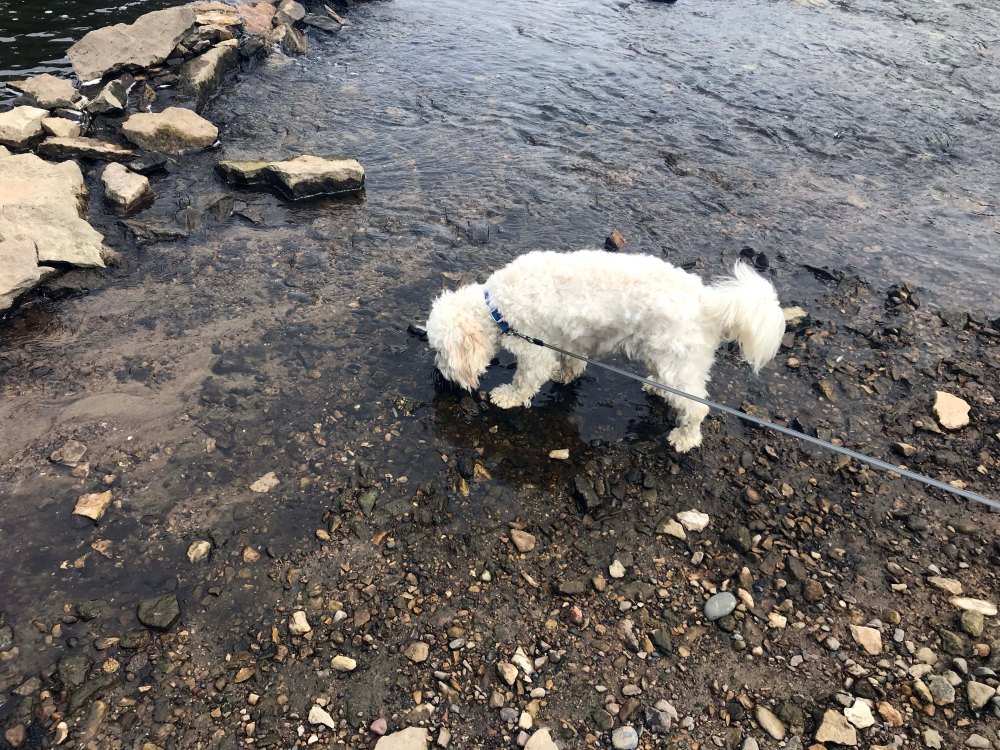 Jack had his first drink of it 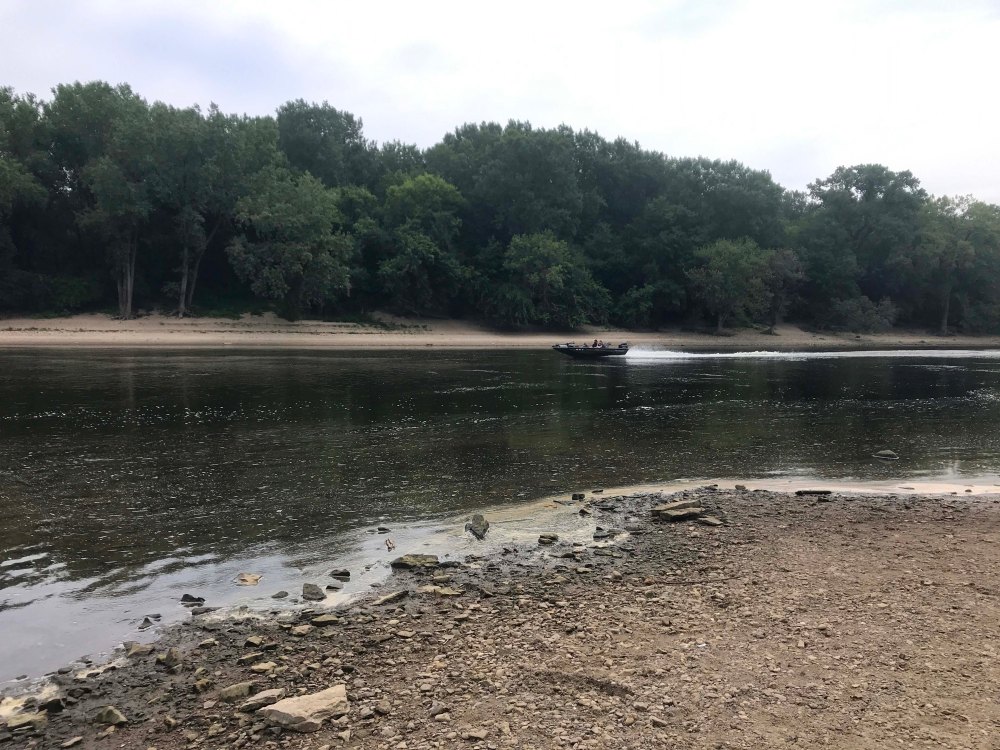 It was deeper than it looked as this boat showed.

After going to the Mississippi we walked up some steps and went down to the dog park section.  It was already a longer walk than I was prepared for, but we wanted to see it and I am so glad we did.  This park was the most amazing dog park I have ever seen.  It was 7 acres with lots of fencing and access to a large riverfront area.  Seriously amazing and Jack did so great with all of the other dogs.  If you are ever in the area I HIGHLY recommend taking your dog here.  Simply spectacular. 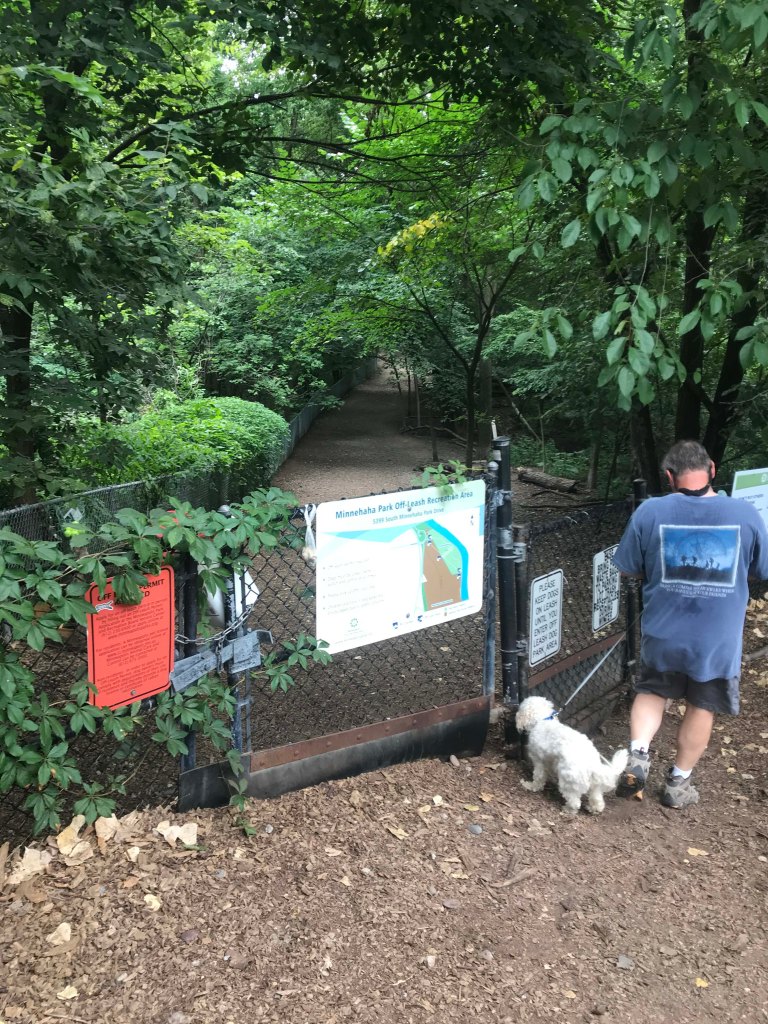 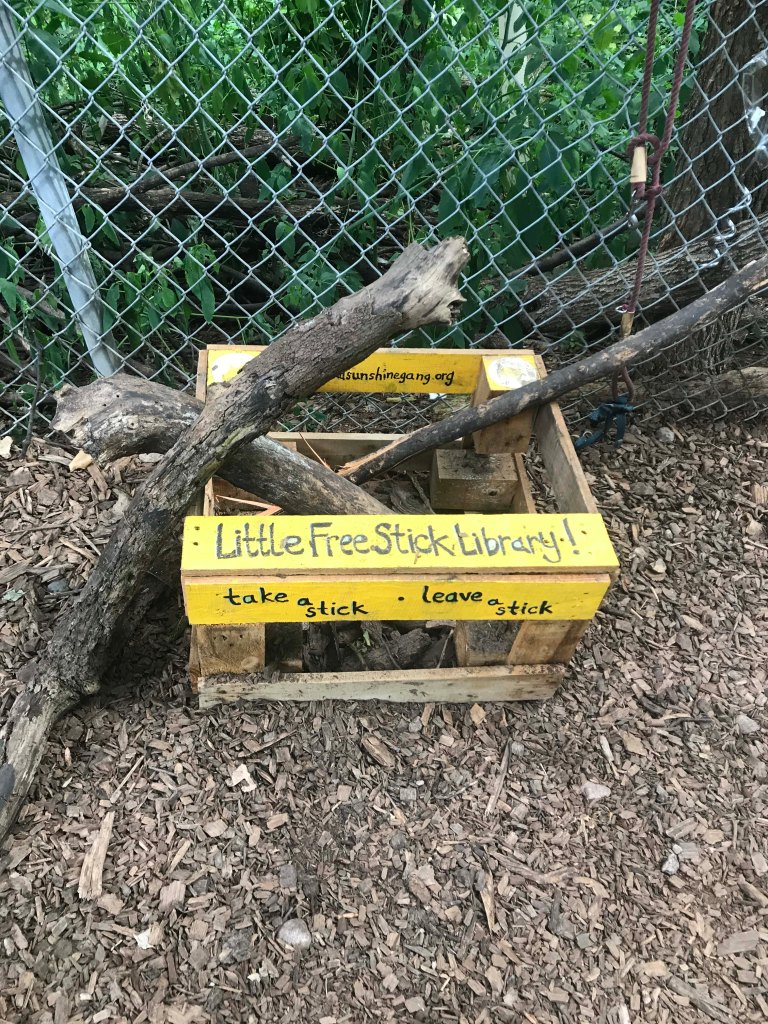 I love when dog parks do stuff like this. There was also a basket of tennis balls 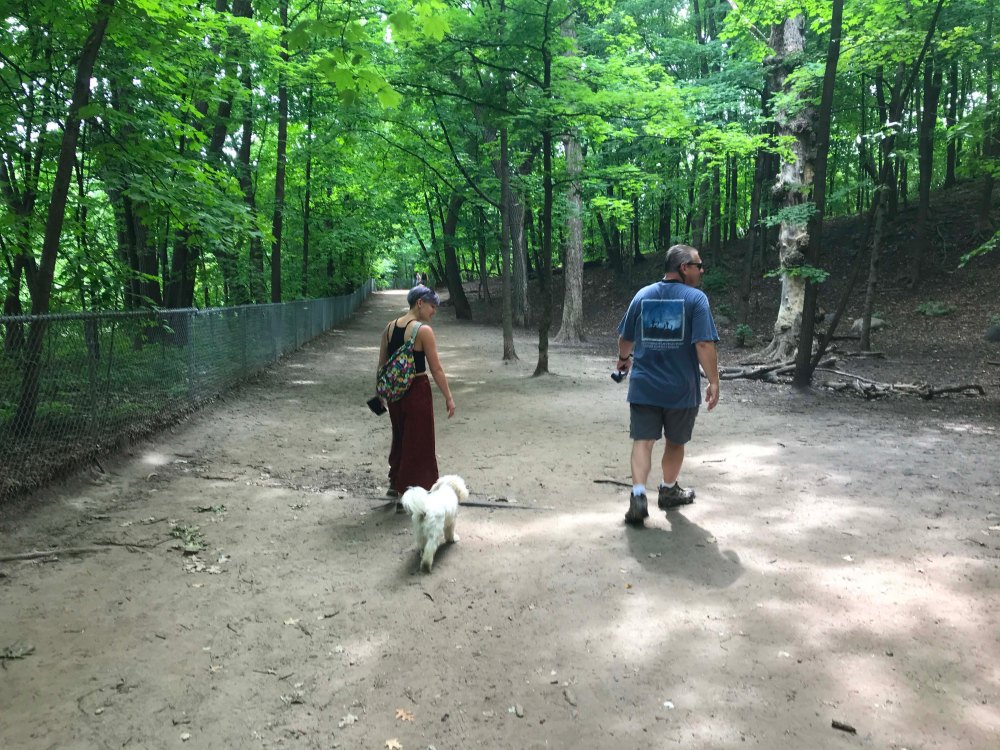 This path was fenced in on both sides and loong 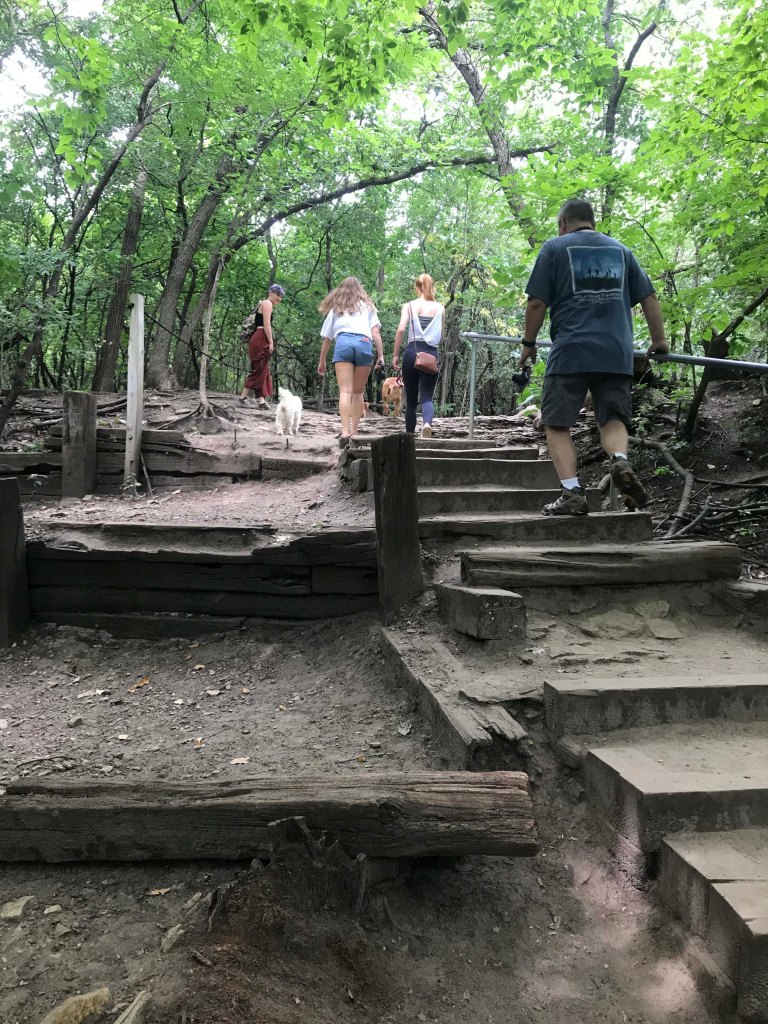 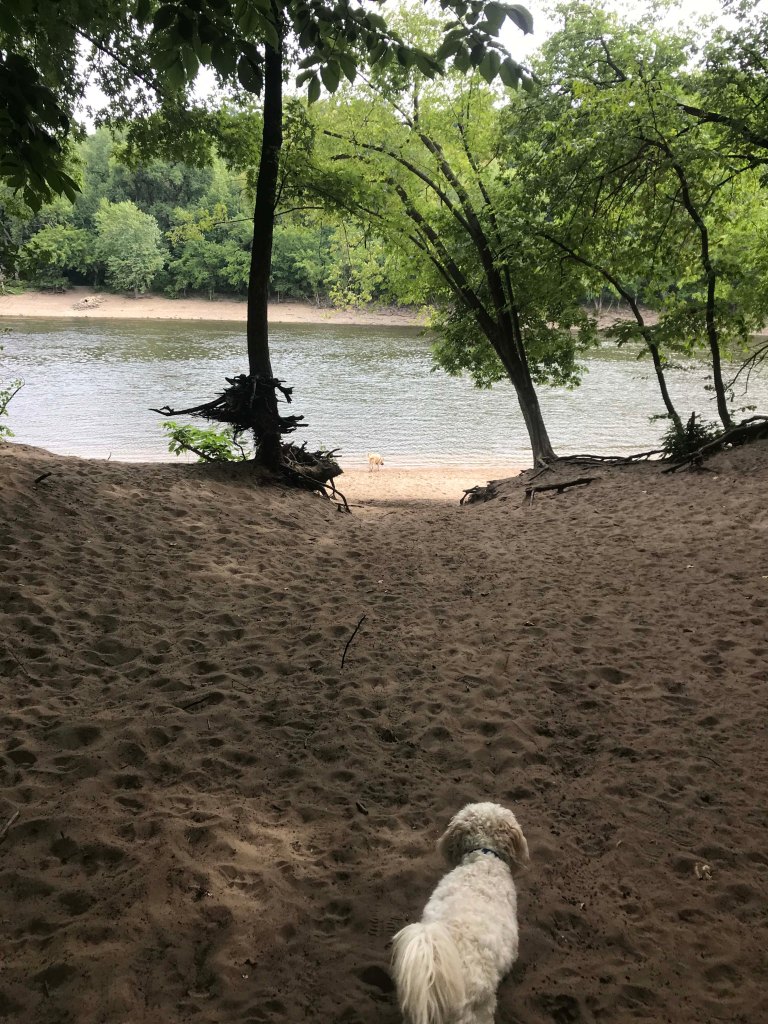 It led down to the river, beachy area 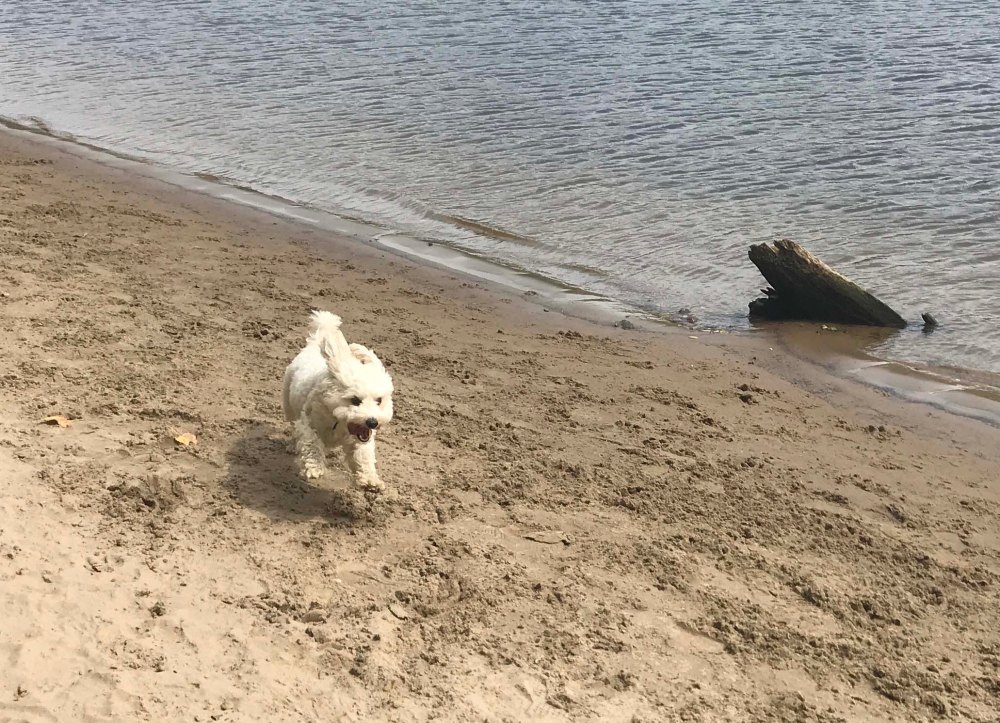 Jack was a fan 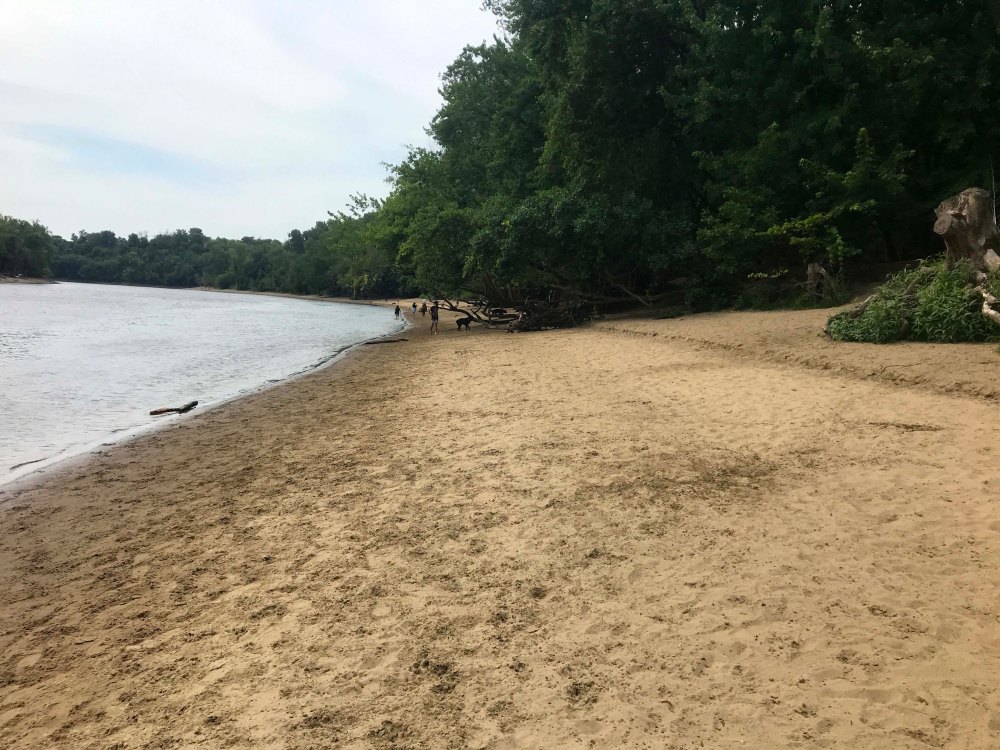 So many dogs but all well behaved.  There was plenty of space for everyone. 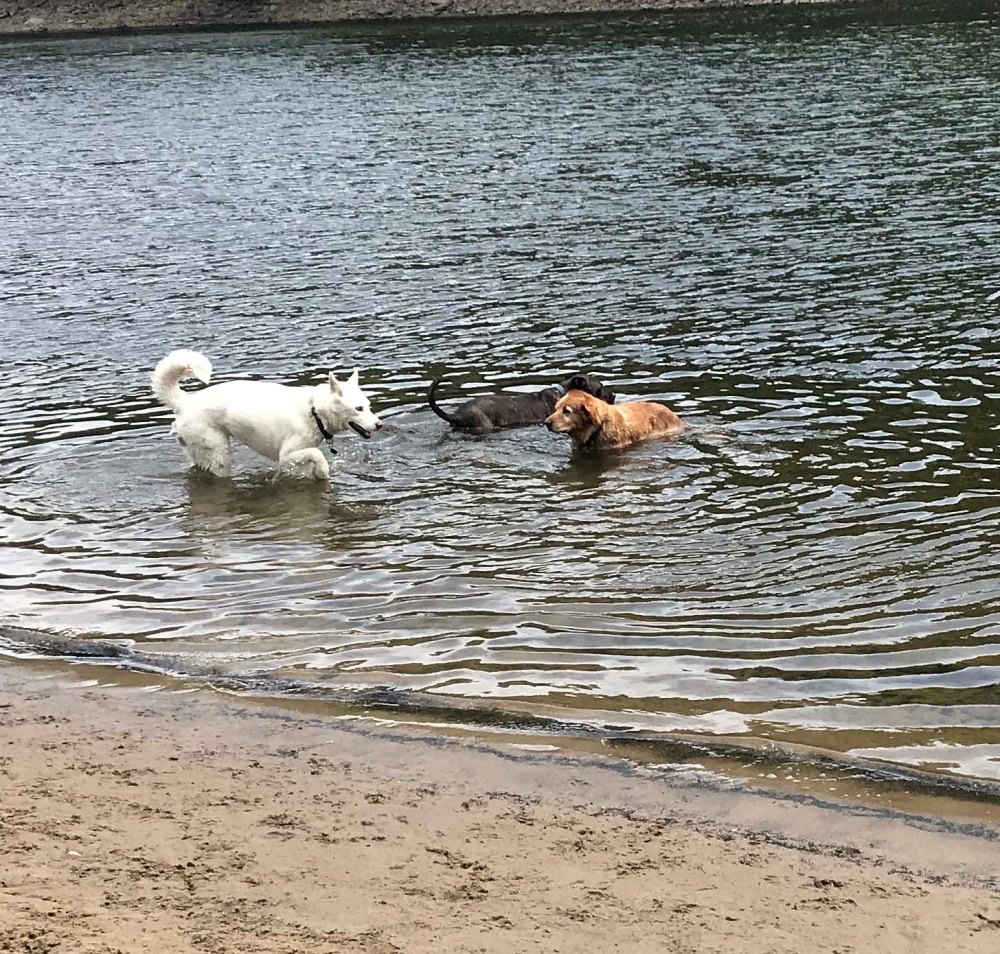 Jack didn’t go into the water with the big ones 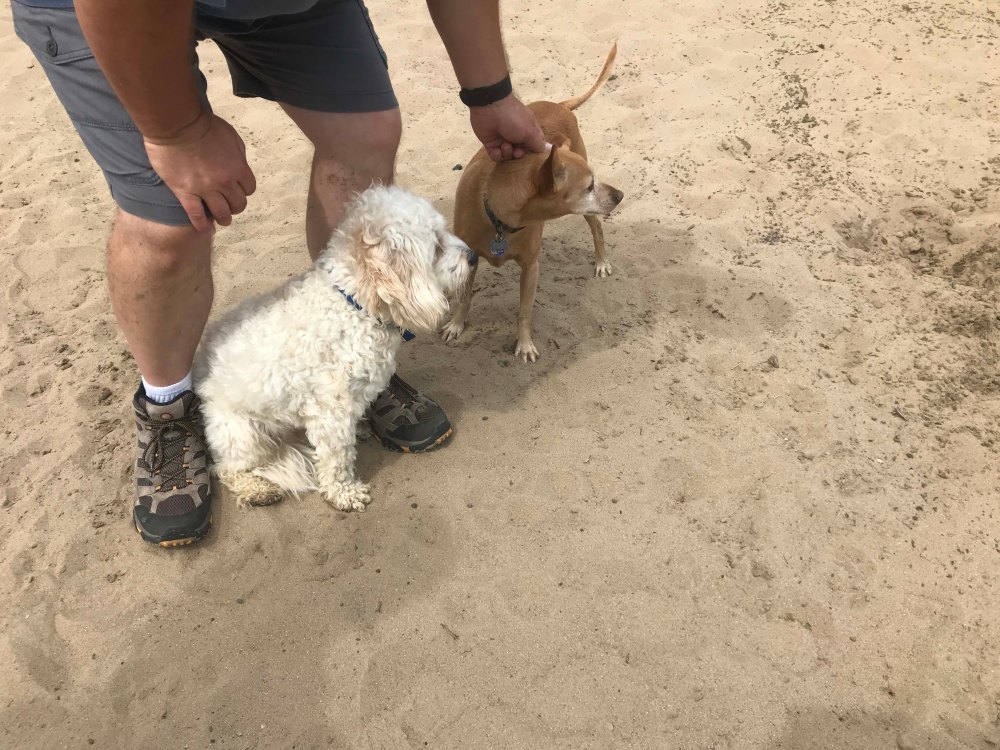 But he made friends with this little guy.

After playing in the park and walking back we were all hungry out so we went to Parkway pizza.  Jack has never eaten outside with us before but he did great and the server brought him ice water in a bowl and pepperoni.  Plus Lee had what he considers the best pizza of his life.  Seriously he loved it so much we went back two days later and he got it again. 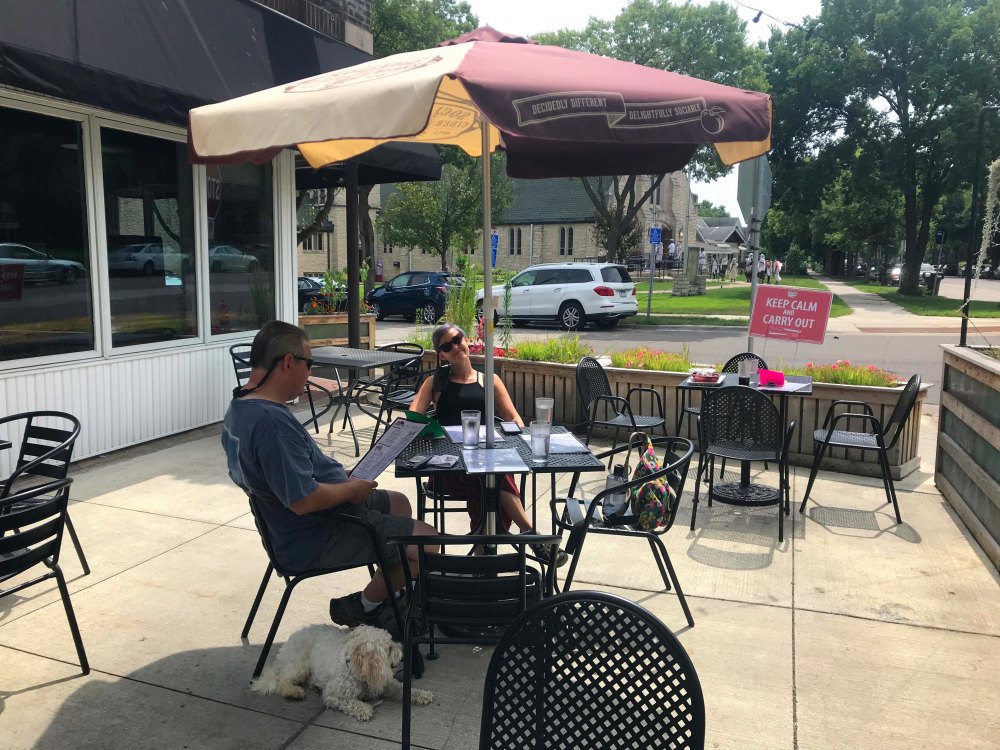 Look at Jack being a good boy. Minneapolis is a VERY pet friendly city 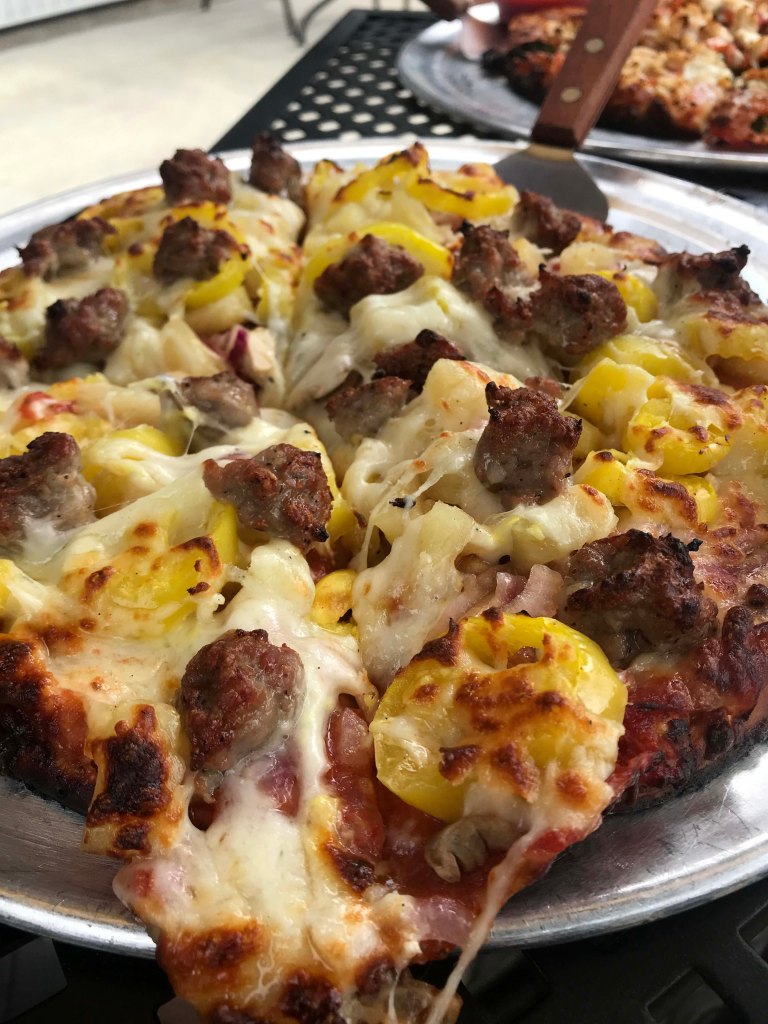 The pizza! The sausage, sauce, and dough are all made onsite. 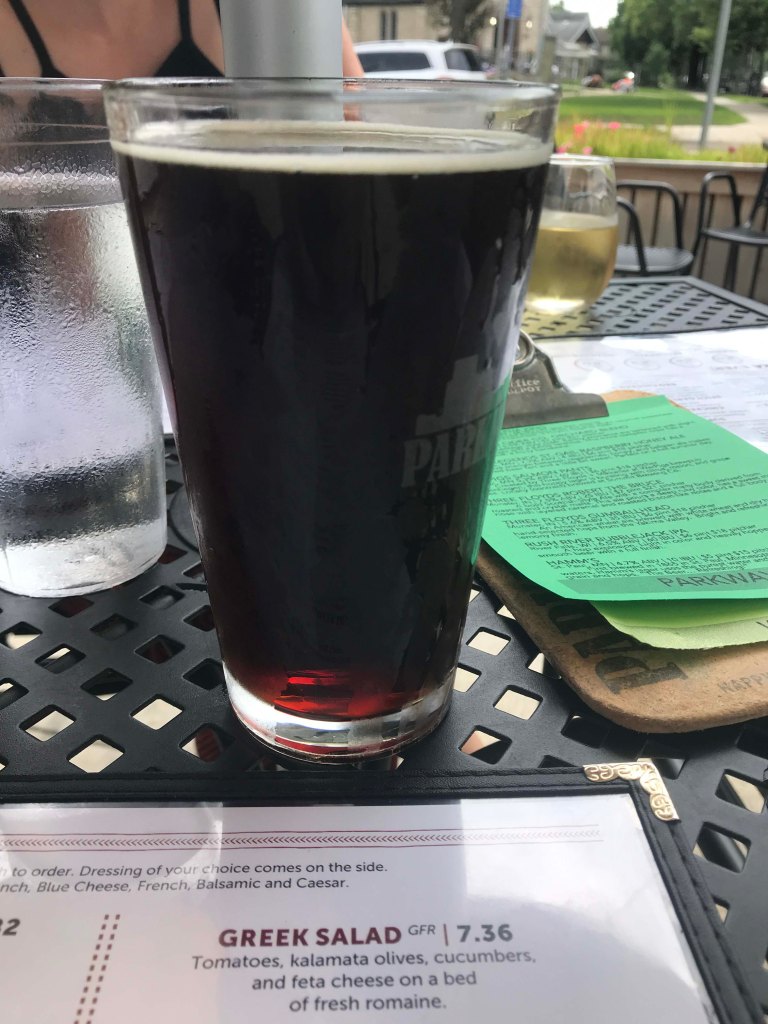 I even treated myself to a craft beer. Minneapolis has some pretty spectacular local breweries

Loved the day with our daughter and the weather was fantastic.  We have certainly had our fair share of hot and humid but this particular day was absolutely perfect.