I wanted to start by stating this is not a political post.  Many of us have strong feelings about what happened, but my intent here is to show you the memorial and talk about how it impacted me.  A few weeks ago my daughter was affected by what happened because she lives a few blocks away from the police station that was burned and closed.  She and her partner Adrian stayed up all night to guard their home on more than one occasion, and they participated in some of the protests.  Needless to say I was extremely concerned while all of that was happening for her safety and I wanted to see for myself, where it had happened.

Also, every since we arrived we have been seeing signs and listening to accounts on the local radio. Conversations about defunding the police are ongoing and there are still places in the city where the police are refusing to go. The police station that was burned has been walled off with concrete barriers and barbed wire and continues to be unmanned.   Everywhere in the city you go there are signs and many houses have signs in front of them. There is also a small section of town where buildings were burned.  What surprised me about this area was it was so small.  From watching the news it appeared half the city was on fire, but it really was just a couple of blocks.  Not that this was OK, but I thought there would be more. Perhaps it just looks like less because it’s not concentrated, and is sort of spread out. It’s hard to say, not being residents.

This target was looted and partially burned

A couple of buildings like this one were completely burned down

One of the most surprising things (for me) about his death was that it occurred at a major intersection.  It isn’t a terrible neighborhood by any standards and I would imagine it would be crowded most times of the day or night. Because the area has been closed to automobile traffic, we parked a block away and walked in.  The crowd was a mix of white and black people and they were all ages.  While we were there everyone was respectful and many people were obviously deeply impacted. 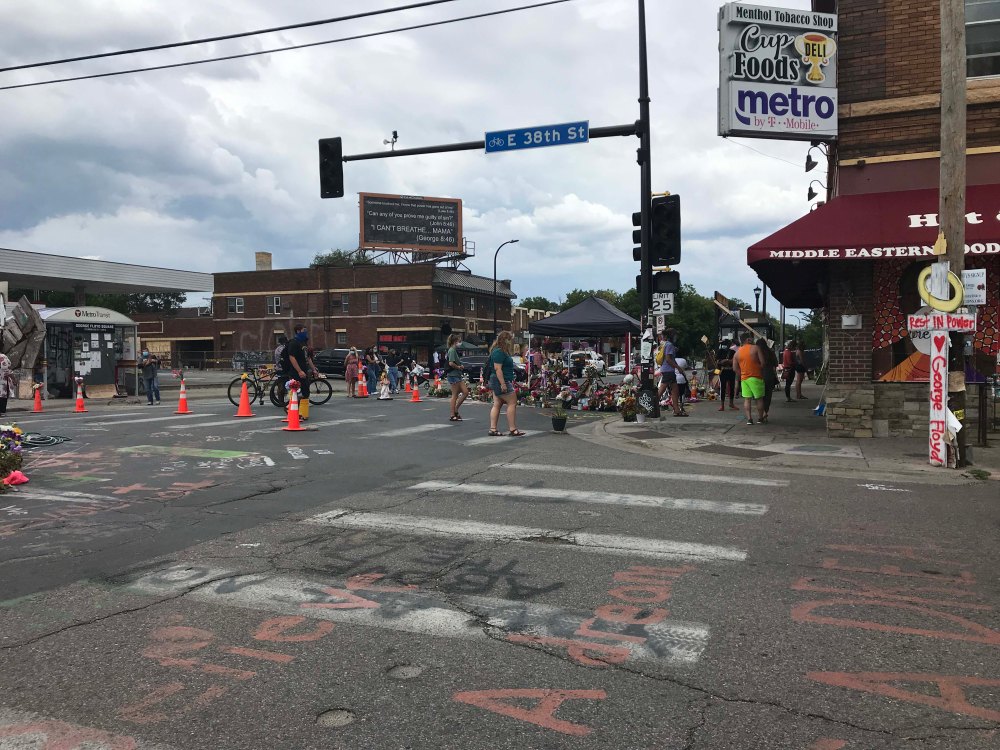 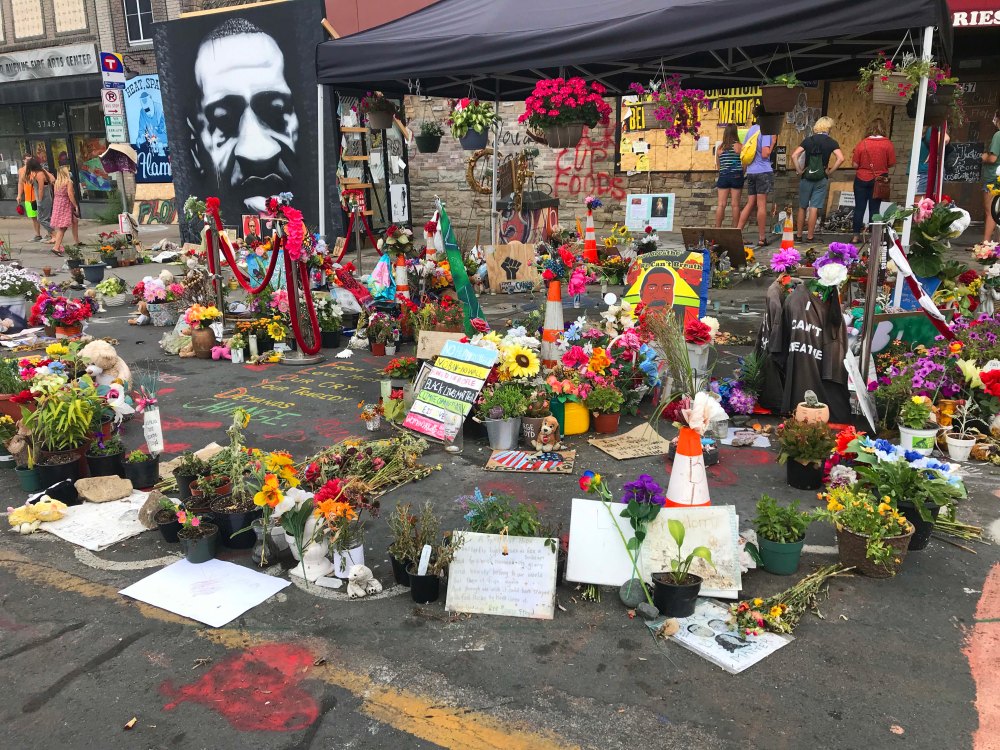 The memorial space was beautifully done

Many visiting black people took pictures in front of this painting

There were also numerous signs on many of the buildings. A friend of my daughter helped paint this one

By far the most impactful thing though was the lists of names of all of the black people who have been killed by police officers.  It was written in permanent chalk along the street and the list was so long I couldn’t get a picture of the entire thing.  Walking along those names was very sobering.

Around the corner in a lovely little park the protesters also added another memorial.  There is a headstone for every black person killed by a police officer and again this was very impactful.

As of this writing the space is still shut down but the city is talking about reopening the road.  They are in contact with the protesters who have a list of things they would like and the family is trying to decide what to do with all of the artwork that was created.  I don’t envy any of the people who are working on this at all, because it still a very tense situation.  People are peaceful but obviously still emotionally invested and in order to maintain the peace, this needs to be done carefully.

Minneapolis has largely mixed race neighborhoods, and white, black, Hispanic, Asian, and Native American people all live in the same communities.  Kat did say that she has met more of her neighbors since this happened and their community banded together in the face of adversity.  I, like many others, hope that something positive comes from his death and I hope that the people in the city find a way to live together peacefully.

I welcome your comments, but any comments that are not in keeping with the spirit of this post will be deleted.