Over the last several years we have had plans to see my daughter Kat in Minneapolis quite a few times, but other things kept getting in the way.  Finally we were headed towards her and because Lee had left the job early we had an extra week to spend with her.  Part of the problem with Minneapolis is the campgrounds are very few, and fill up quick.  So I had trouble finding anything that had weekend openings for the extra time until I stumbled across the Dakota County Fairgrounds in Farmington, MN.  In a normal year this would not have been an option since the week we needed was the same week as the fair, but due to COVID there is no fair this year, and there were plenty of openings. For us, fairground camping has been a mixed bag, but we were both thrilled that there was tons of grass (they are often just gravel or dirt of even concrete parking lots) and there was a very clean dump station onsite. Fairgrounds typically have just electric, or electric and water, but no sewer. We settled in and got Jack acclimated, which took a little time since there were so many new smells!! 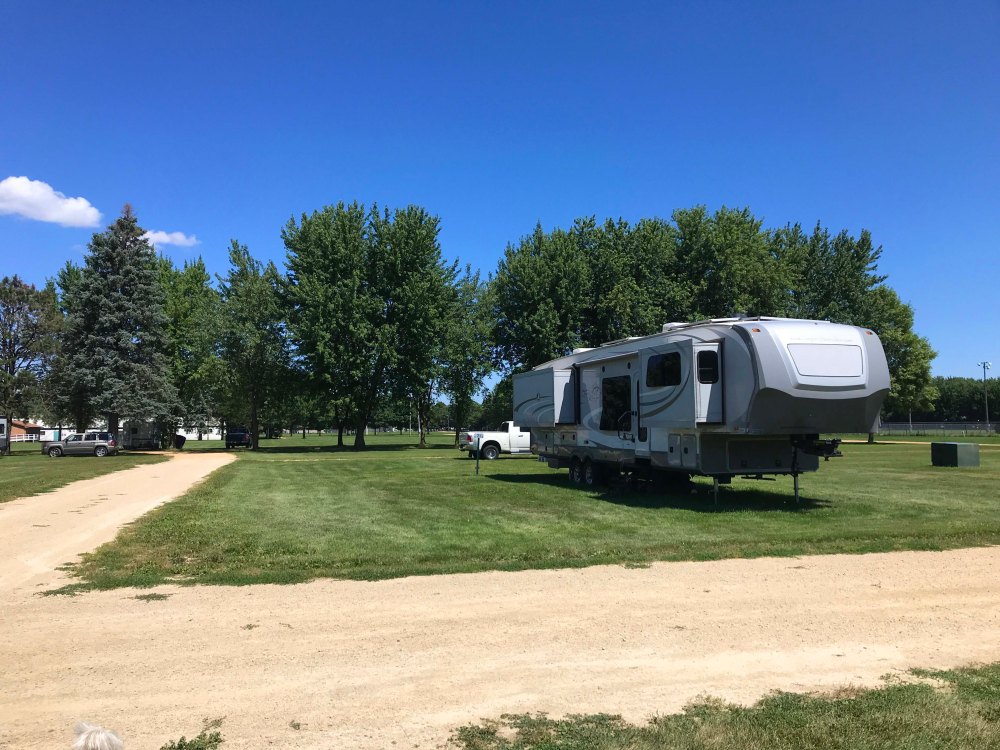 There are four campers to one pedestal, but since it wasn’t crowded only two share ours. 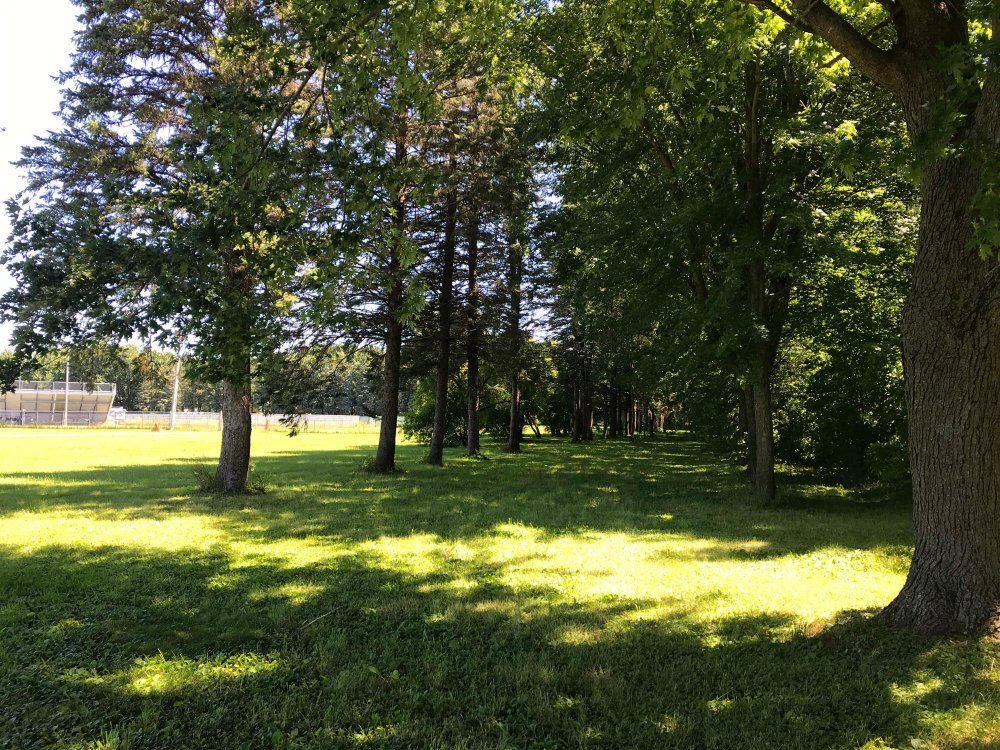 There is a VERY nice wooded area far far away from everything and everyone to walk Jack and even a big open field I can let him off leash a little and not interfere with anyone at all.

It’s not fancy, but incredibly clean and well kept, the power is solid and I have strong AT&T. 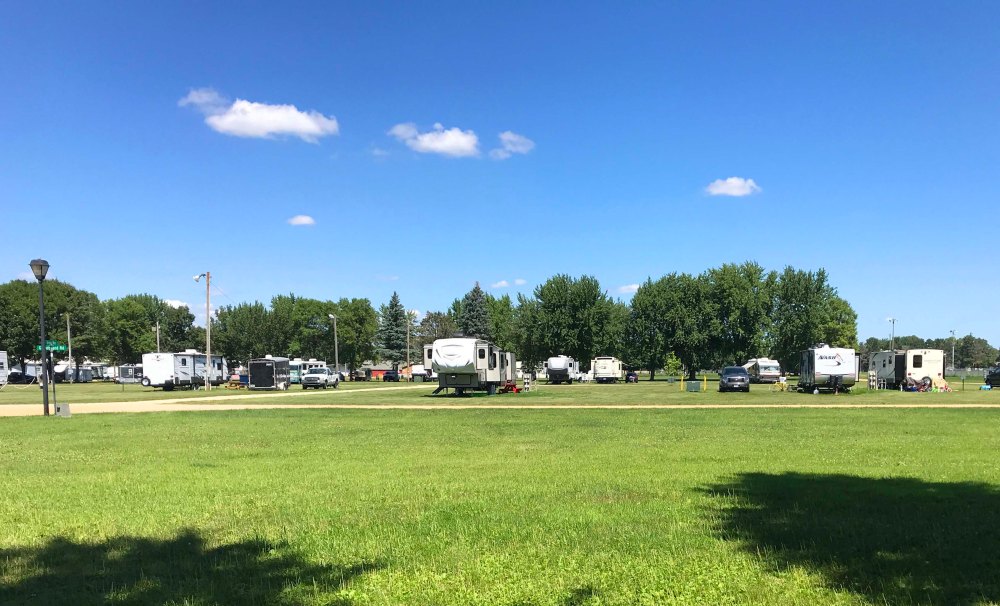 Jack was happy to meet new friends. The camper to the left has a 7 month lab and the one to the right has a two year old retriever. Both are very sweet with Jack

Once we got settled in we went up to visit with Kat and saw her and her partner Adrian’s apartment.  It was really cute, and lovingly decorated along with having some beautiful gardens outside.  Kat definitely got her green thumb from her Grandma Dede and her decorating style is similar as well. 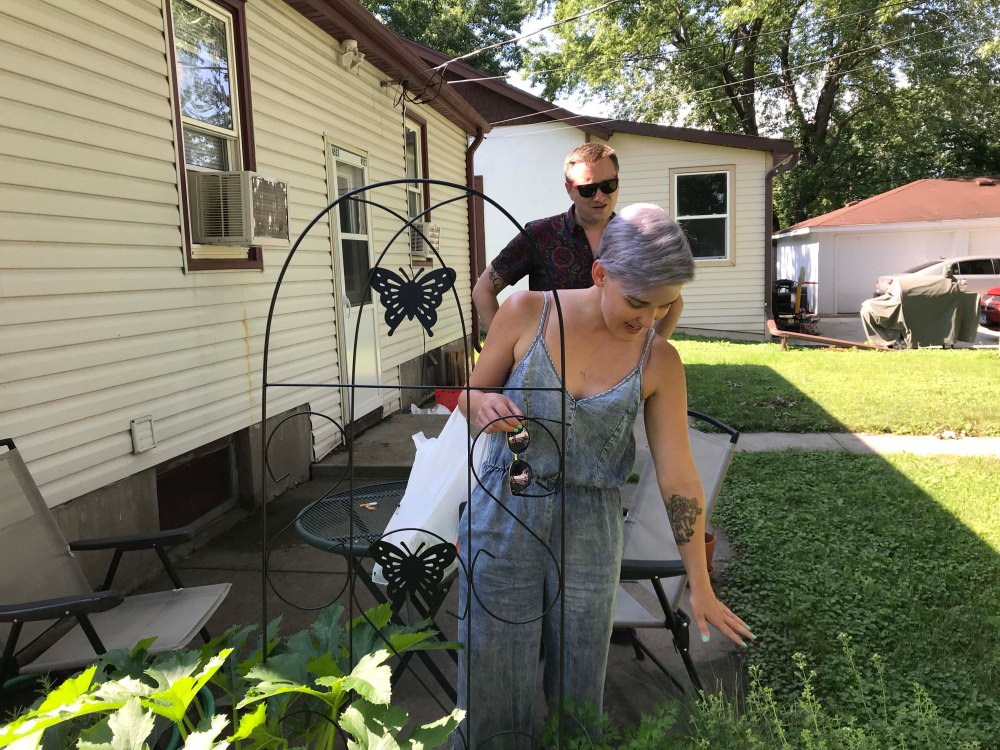 Kat and Adrian showing us the garden 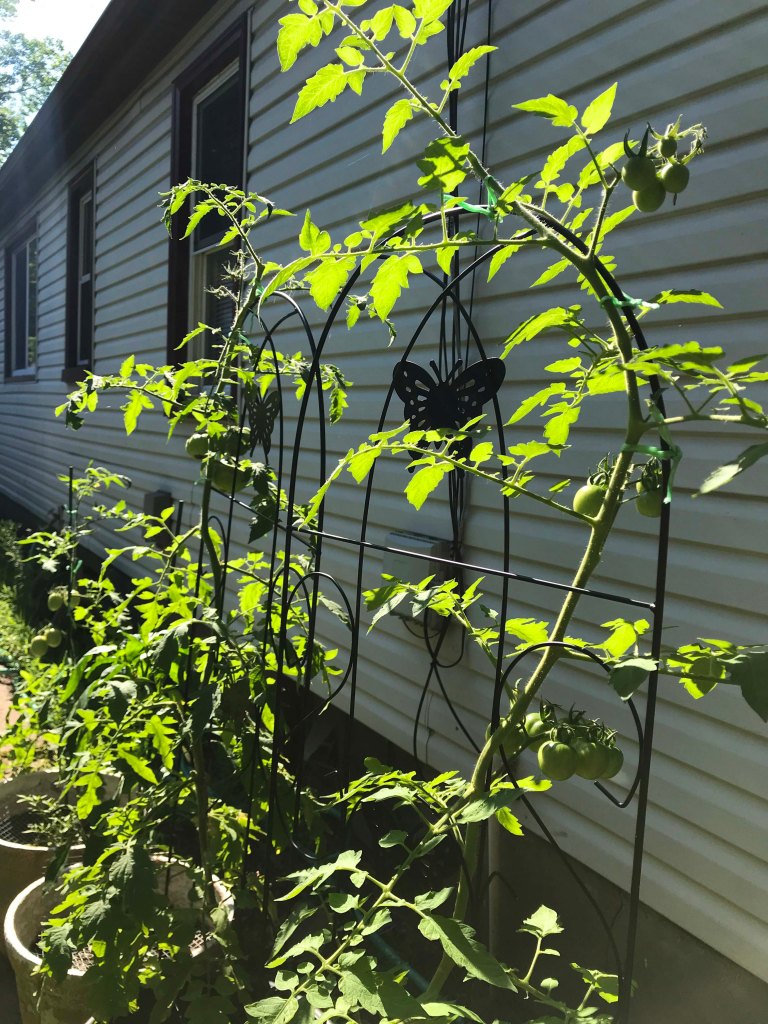 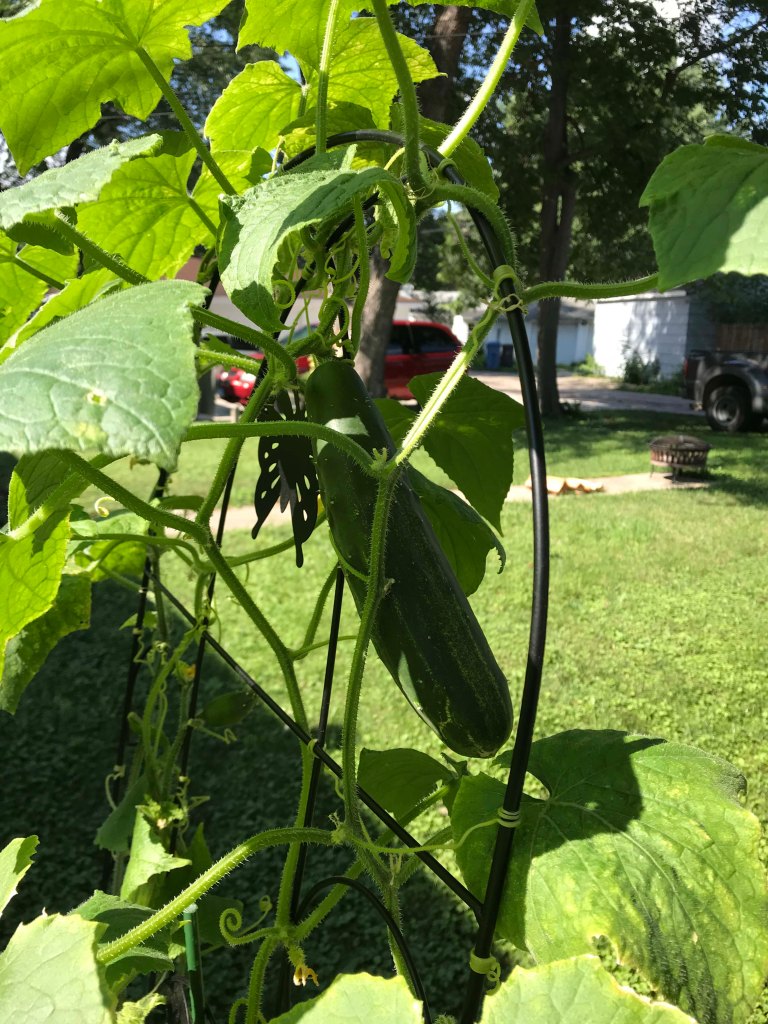 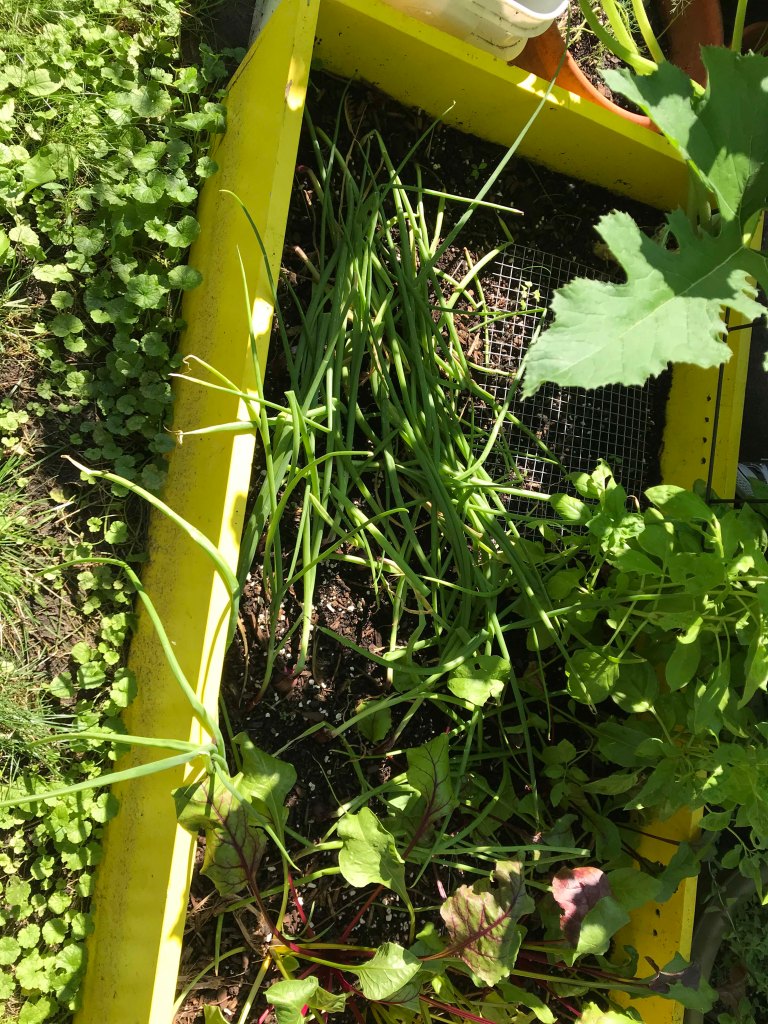 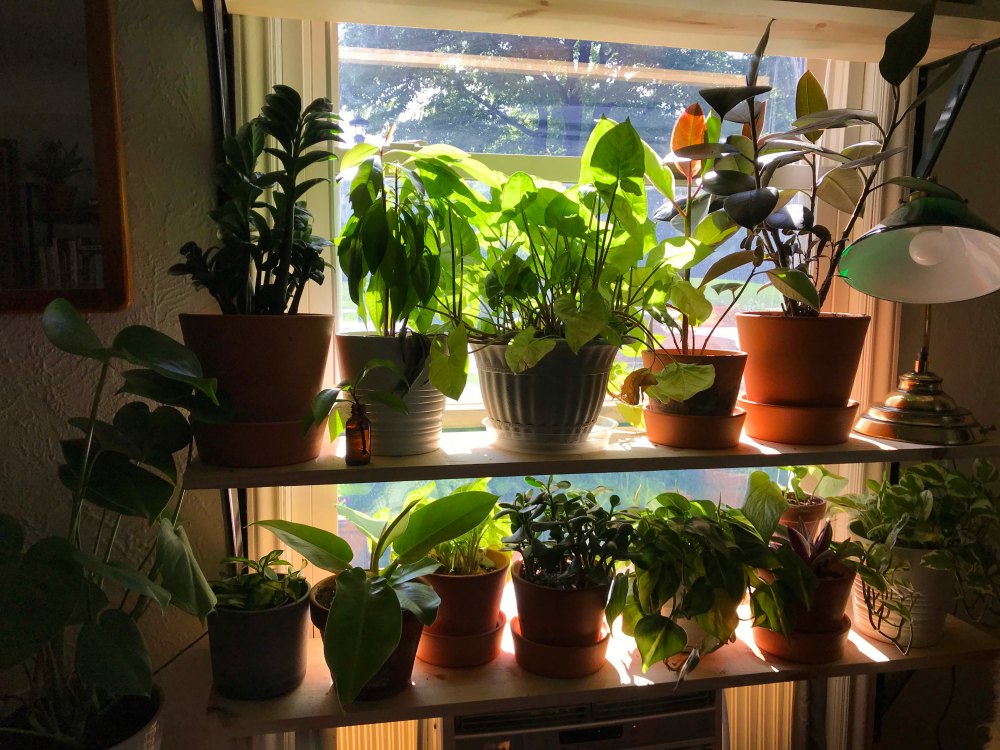 Inside was equally nice with tons of plants 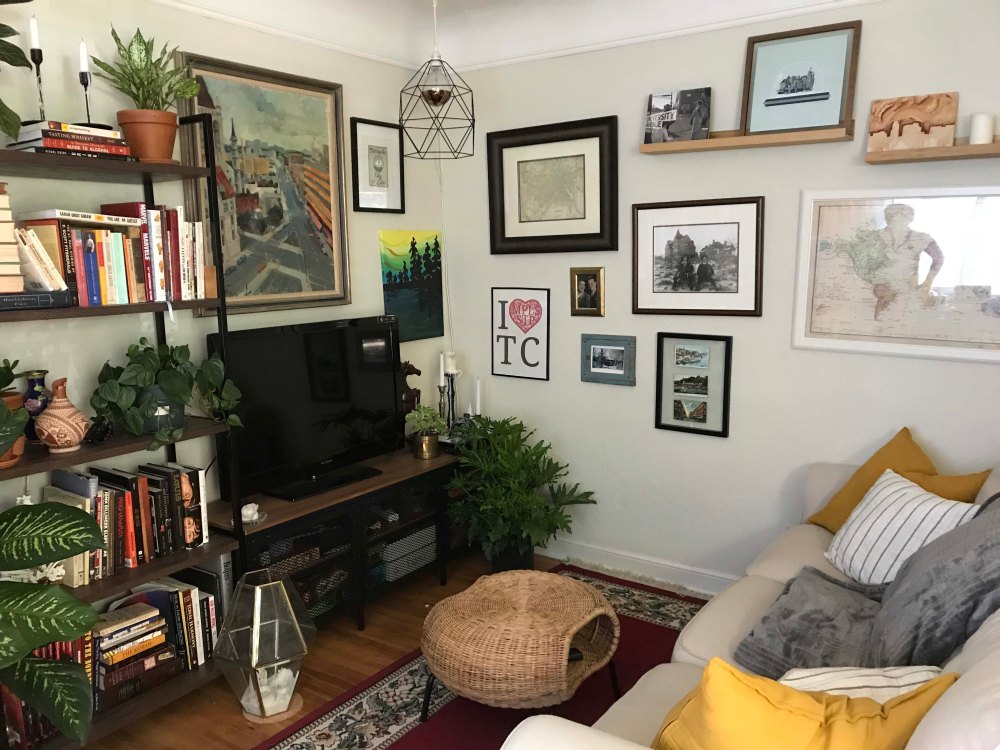 And a super cute, eclectic feel. Like I said DeDe would have felt right at home there. I particularly like the foot stool which had a place to put remotes.

What’s really neat about her decorating style is almost everything was purchased at second hand stores.  Another day she and I spent the morning checking out her favorite places and they were all pretty cool.  Masks are mandatory in Minneapolis, so I wasn’t so much worried about the closeness, but a couple of the places did feel pretty tight in a COVID world. Great to see her in her element though. 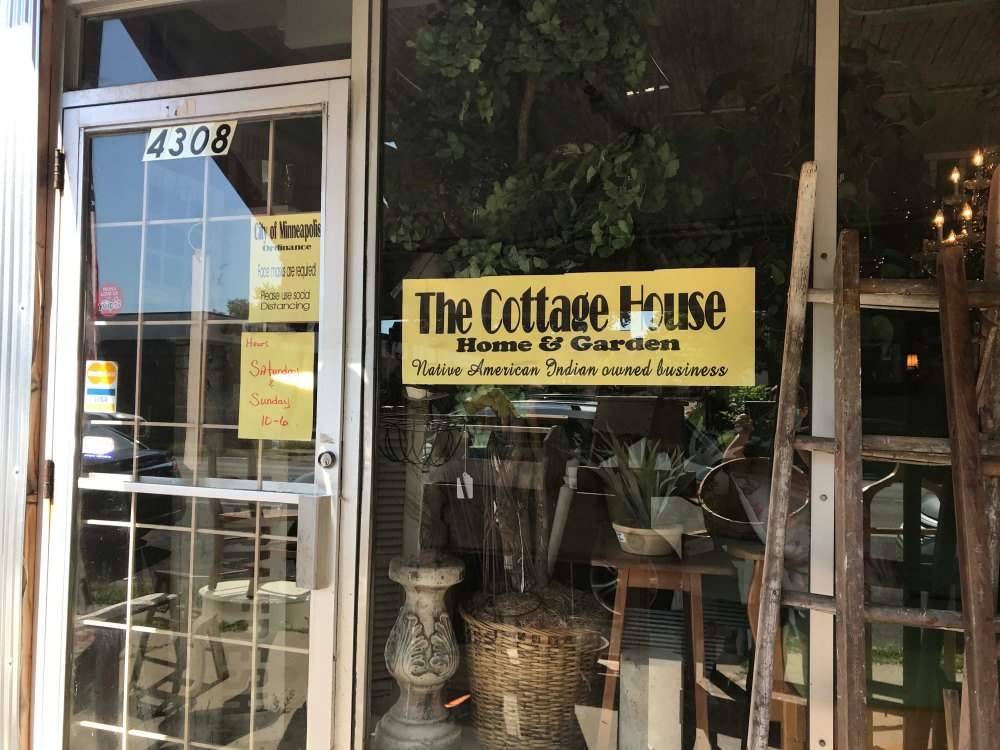 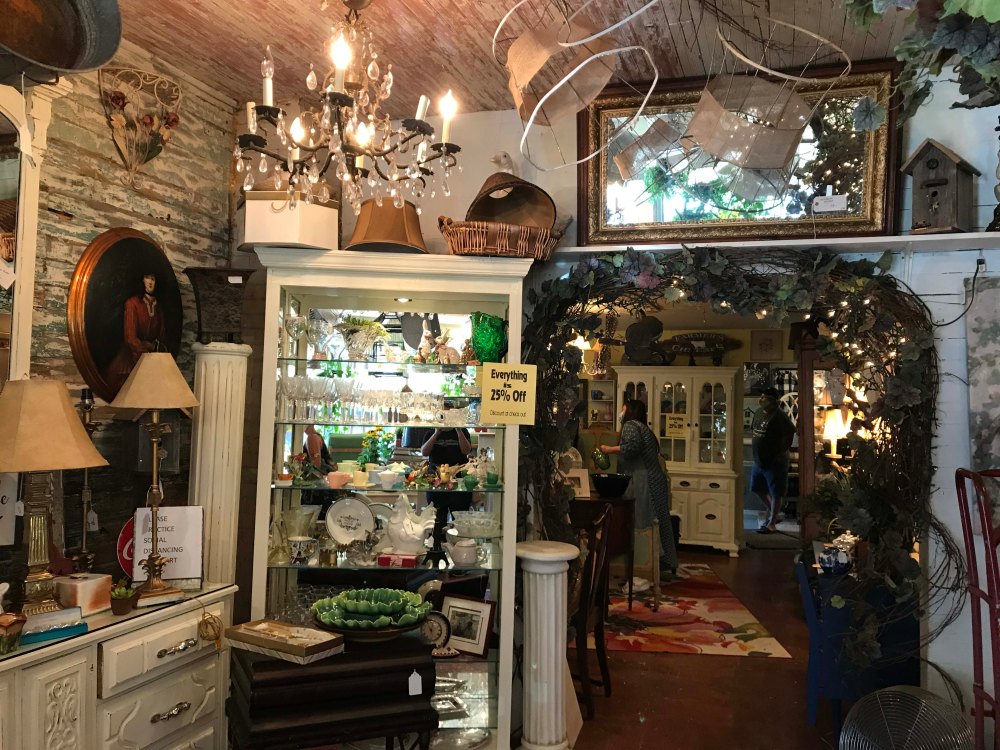 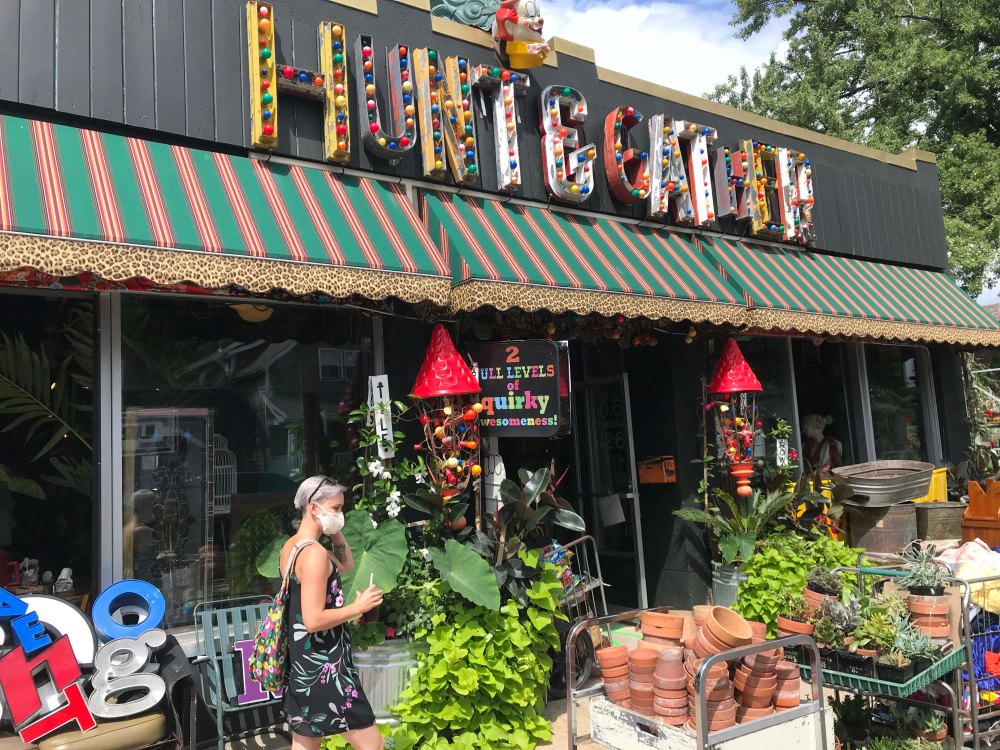 Hunt and Gather was super cool 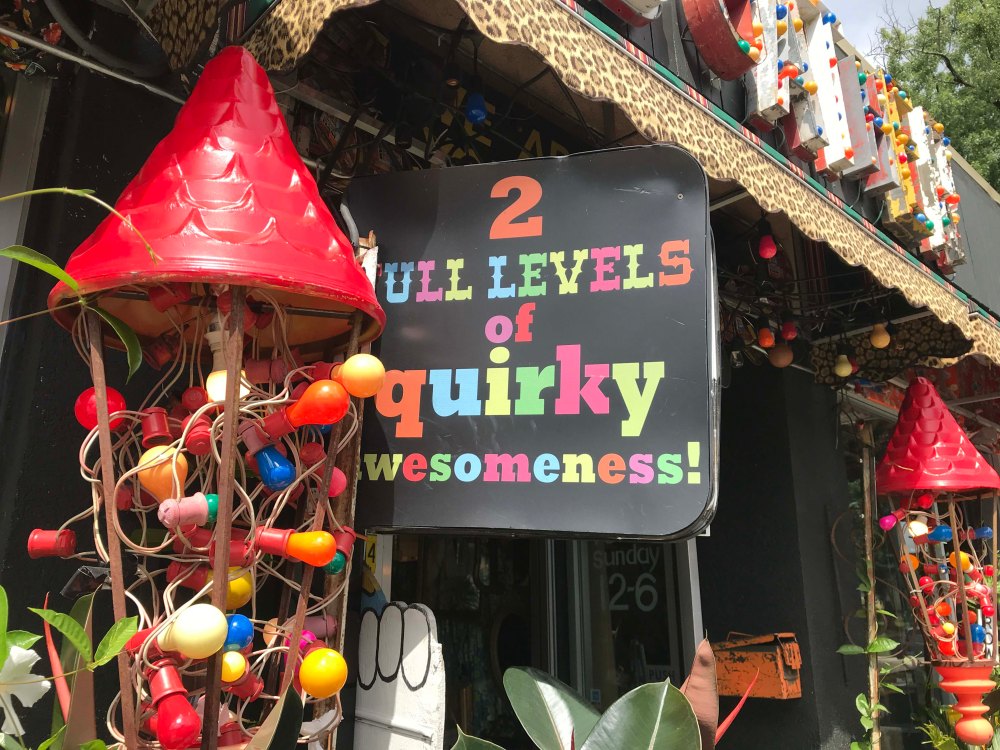 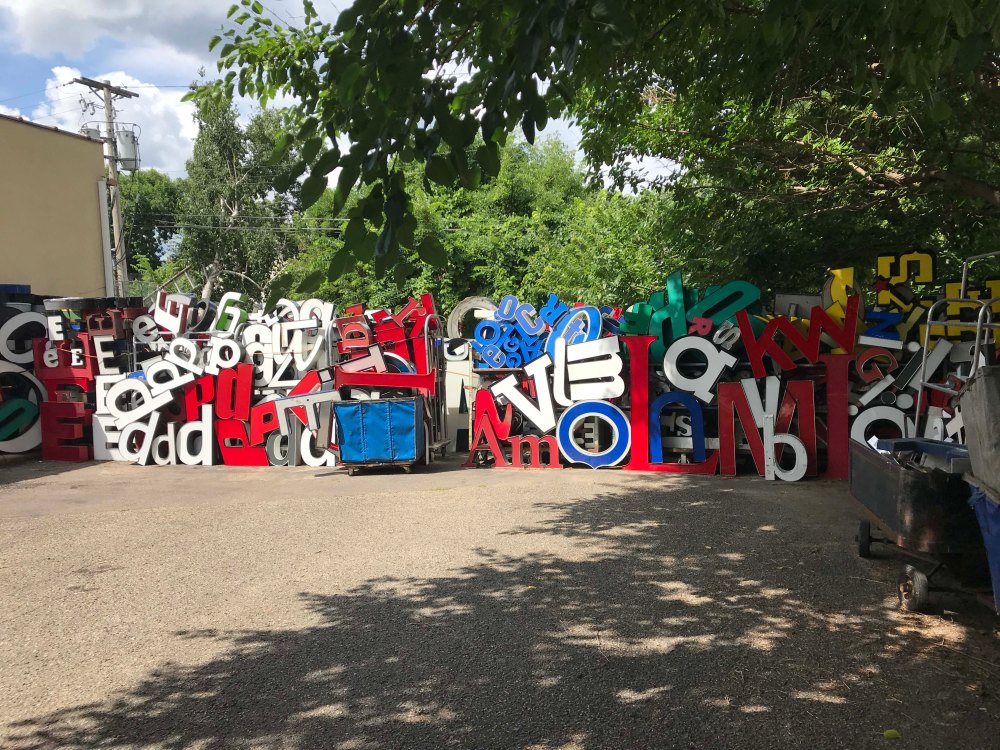 They had tons of neon and sign letters for sale 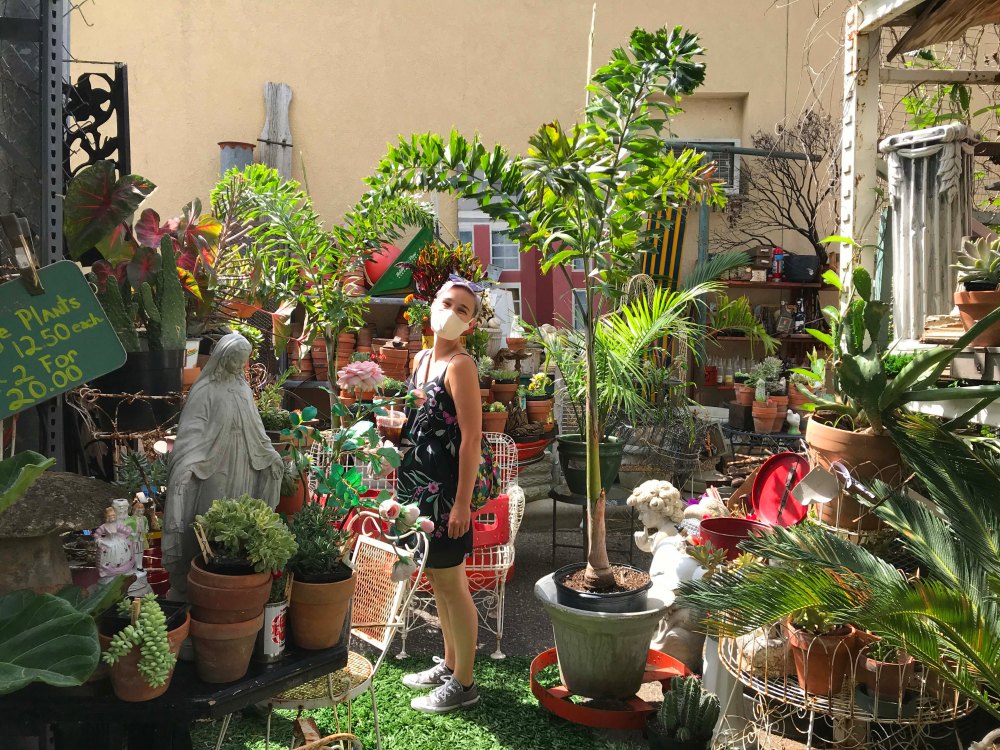 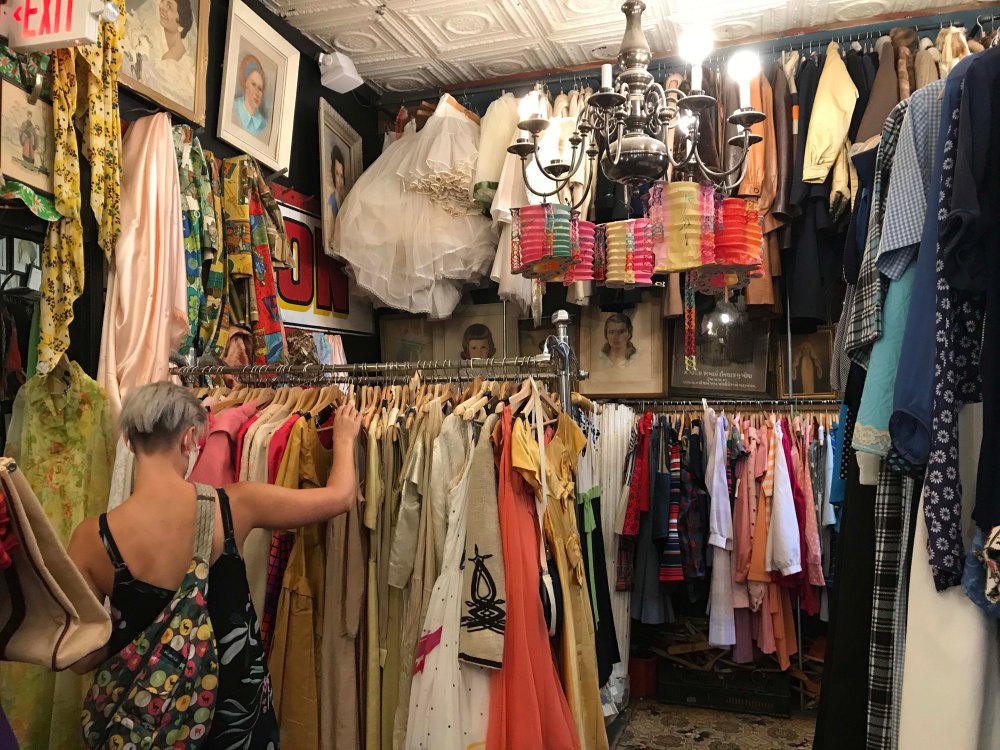 The vintage clothes were amazing 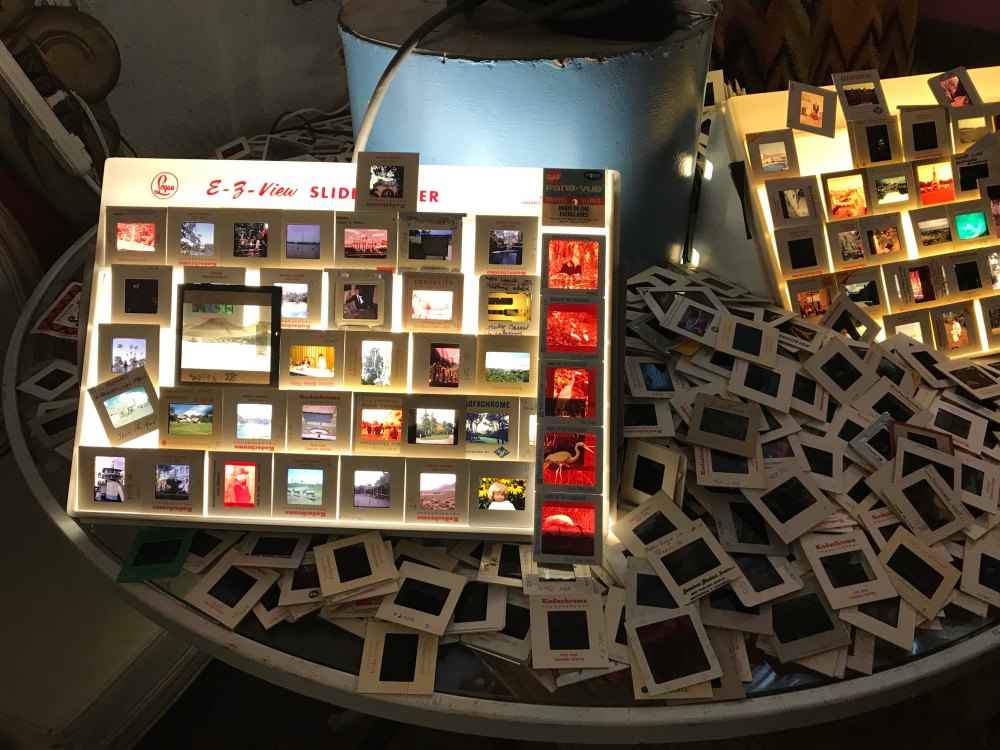 I loved this pile of old slides 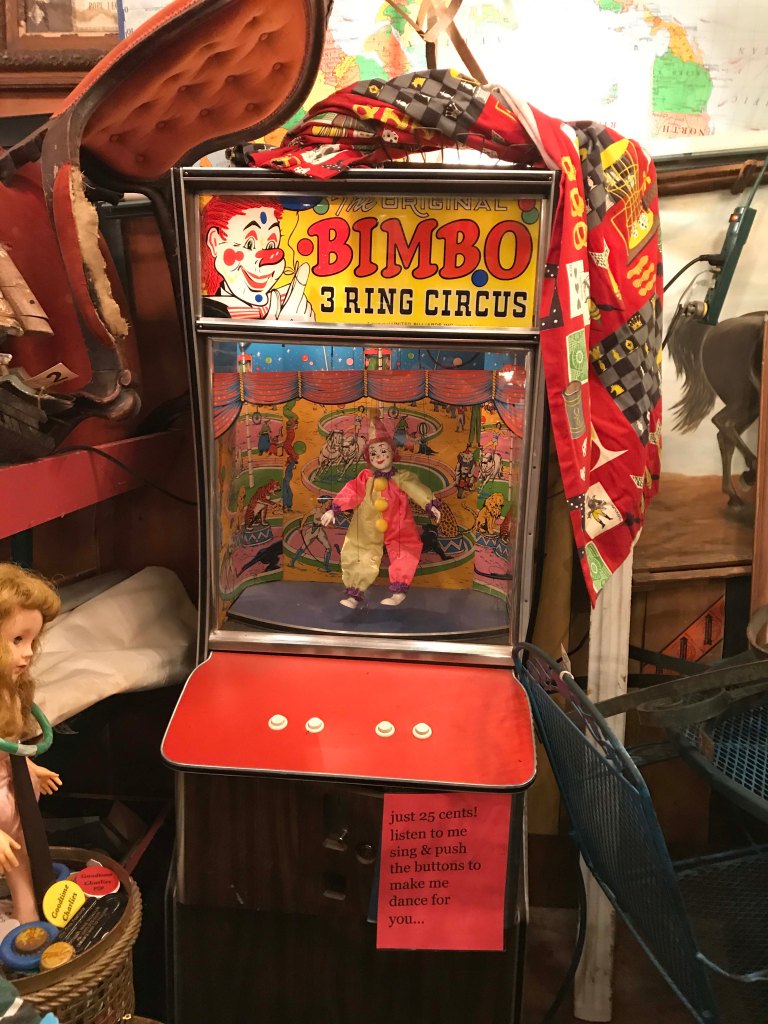 And this little guy was pretty cute 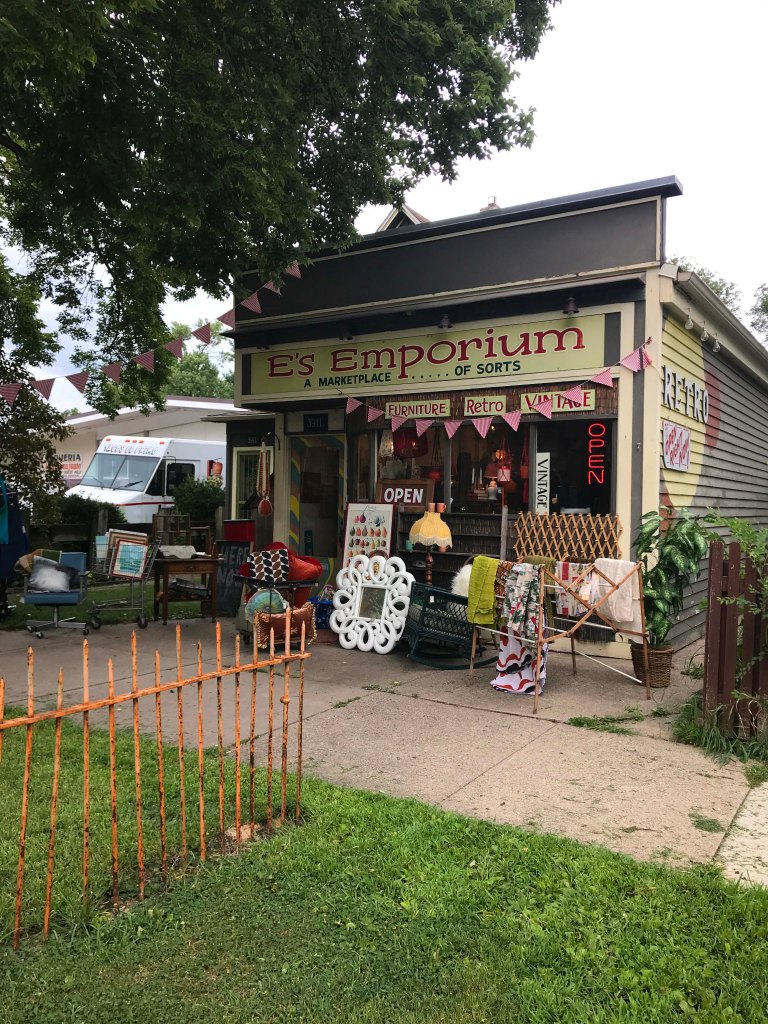 Her very favorite though was Es Emporium. The owner lives upstairs and Kat has been going here for years 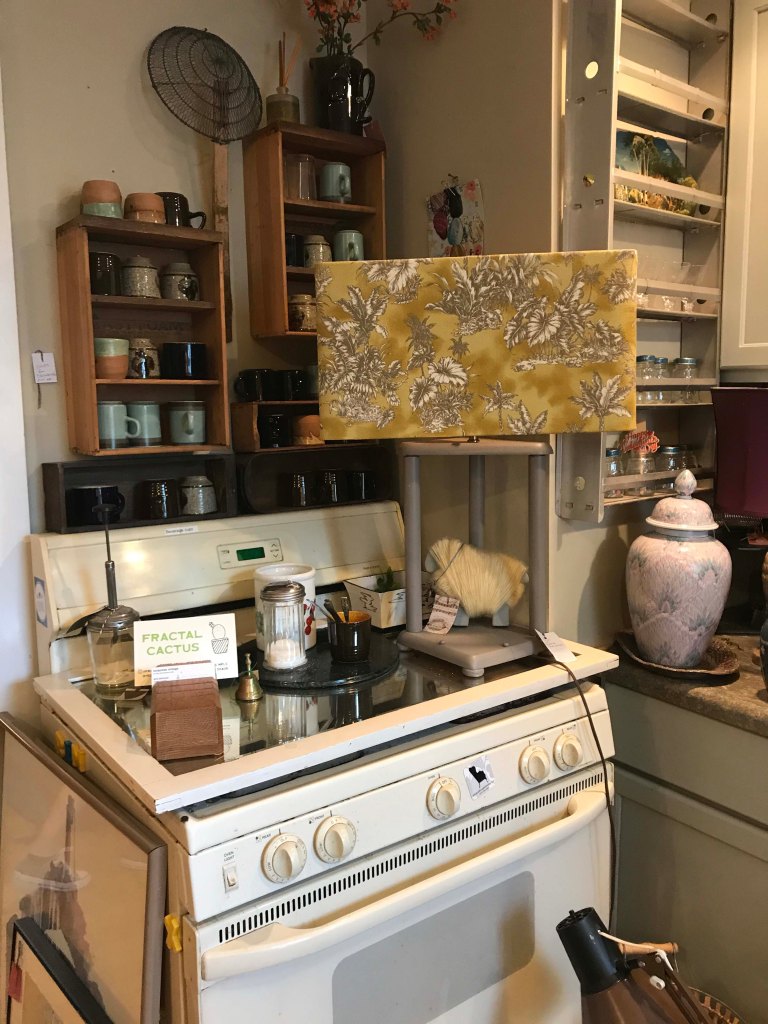 Each room of the house was decorated with related items, which I really liked 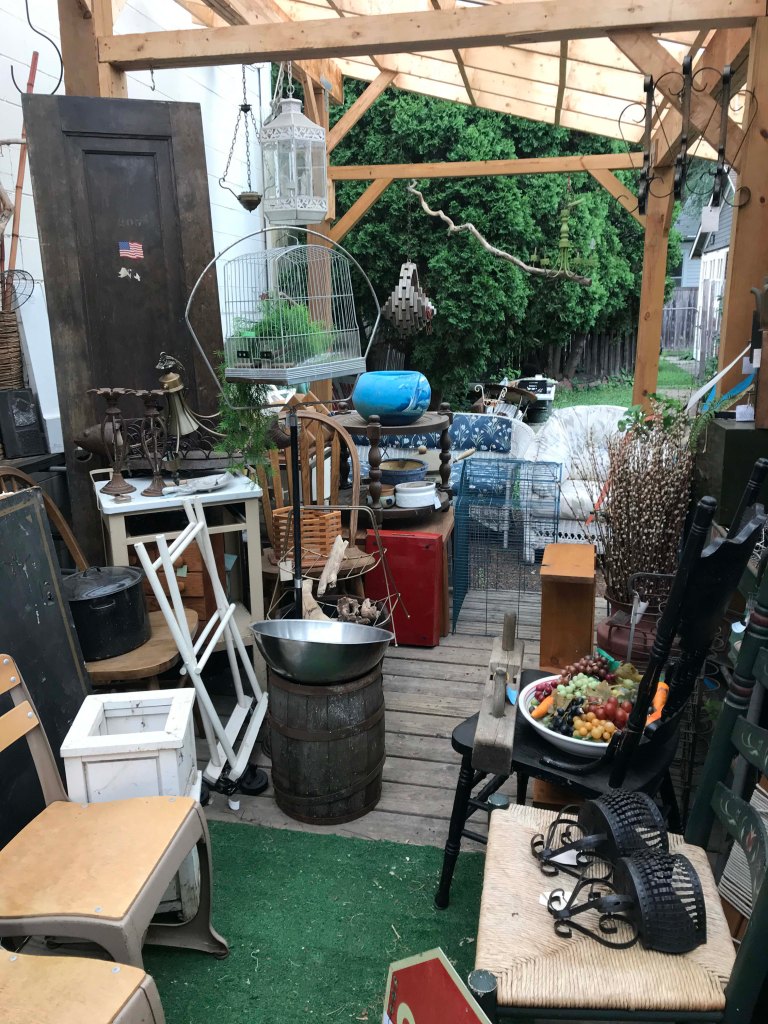 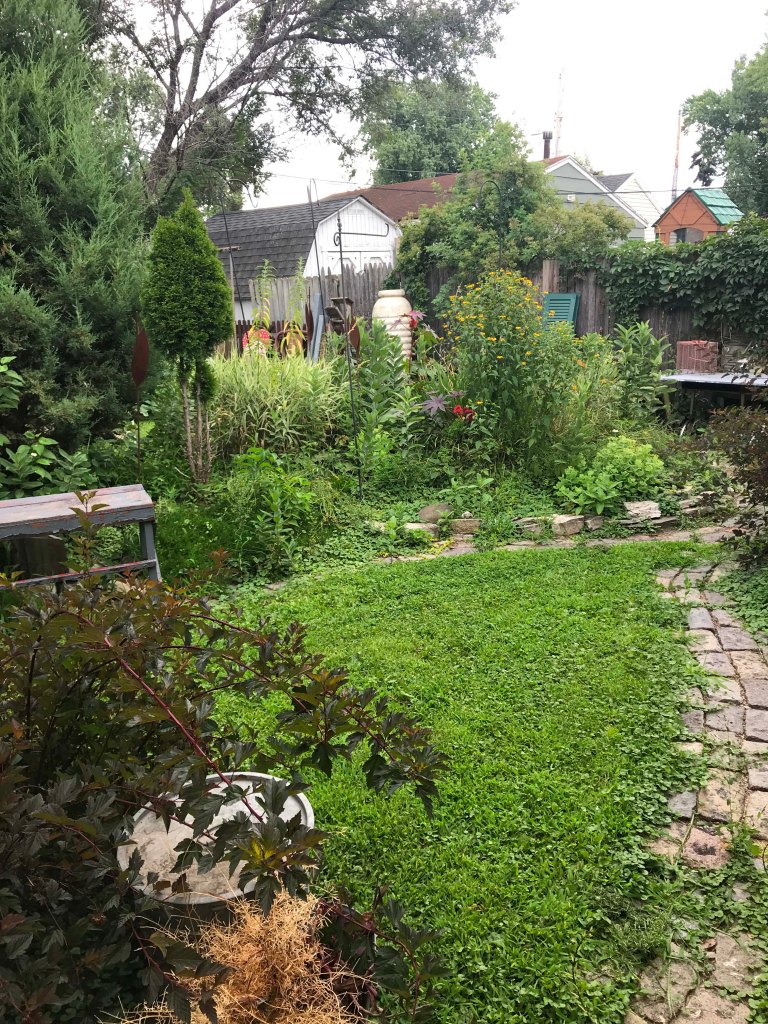 And gardens. Fantastic use of a small space to hold a ton of merchandise

We also had a chance to go and eat at their favorite restaurant, Hi Lo Diner, just down the street within walking distance from their house.  Rigid restrictions are in place so it felt safe and the menu was fun.  They specialize in homemade donuts with meals on them.  I didn’t get one, but they looked fun. 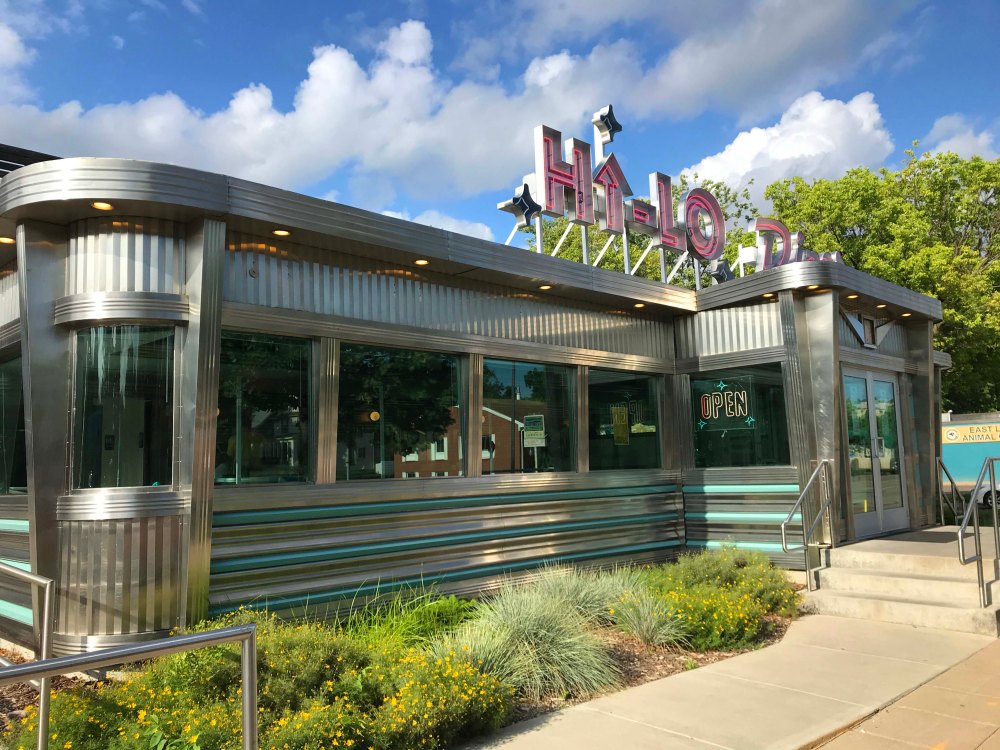 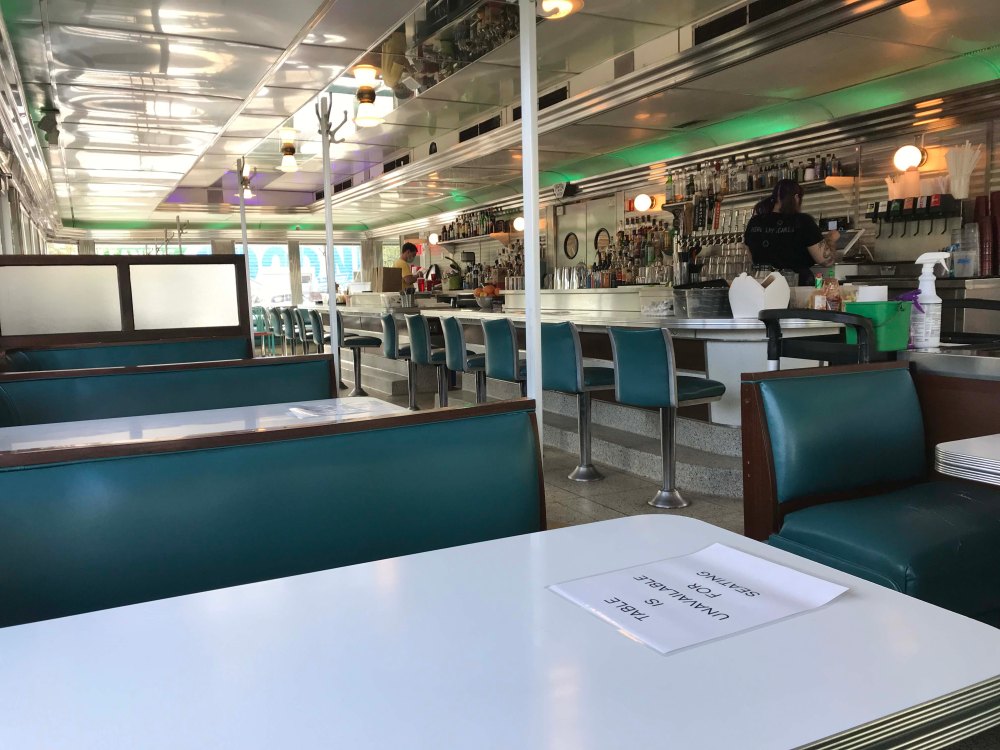 The most interesting thing was they had a full bar. First time I have ever seen that in a diner. 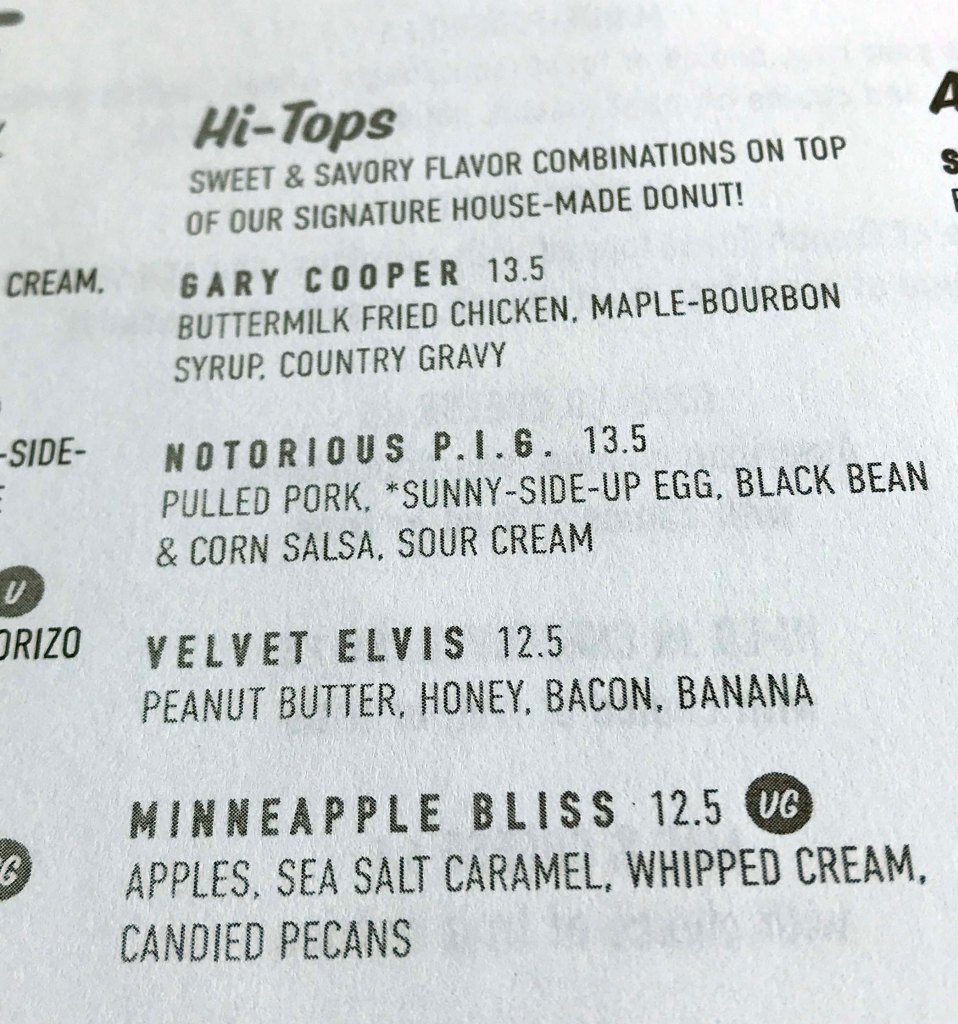 It has been very nice seeing her and getting to know Adrian better, and we actually decided to stay in the fairground instead of going to Lebanon Hills as we had originally planned. The monthly rate here at the fairgrounds is $550 and by taking advantage of that we saved $300 and got an extra week within a very short drive of her house. Still getting used to having to pay top dollar for campsites, because mostly we have been getting our sites for free as a result of being employed wherever we are, but between working, COVID, and the summertime we are just glad when we can find a place that we like. It’s funny but since getting Jack my campground requirements have changed.   Well kept grassy areas matter more than most other things and when there are off leash areas I am a big fan.  We never liked being tight with the next door campers, but in this environment that matters more than area.  Under these conditions we are willing to accept less in services (ie: no full hookups required) and staying put rather than moving around is definitely optimal.