Lots going on here at the Center for Mental Wellness (that’s what we call our friends Greg and Cori’s place) so I’ll just jump right in and share whats been happening.  First and foremost we have been watching lots of Oliver TV in the mornings, and I wanted to show you a couple of pictures of what that looks like.  Mostly our daughter just sets the camera up in the mornings and we watch him play, but at least once a week we jump on Skype and talk to him.  His face lights up and he smiles when he sees our faces which makes me very happy because that means he still remembers us. 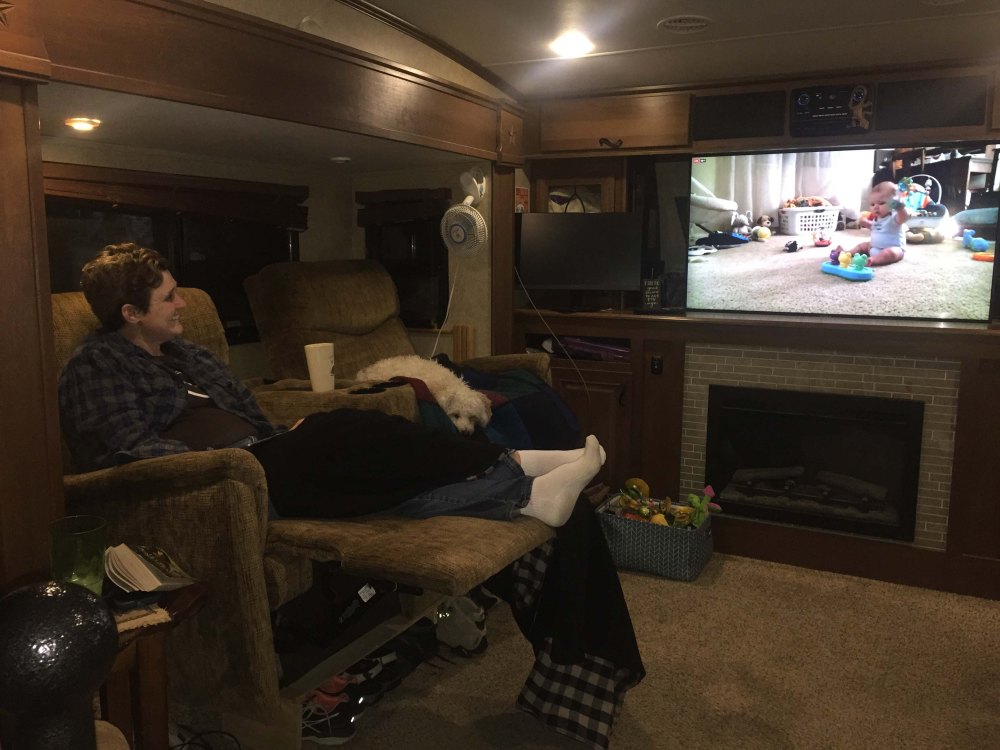 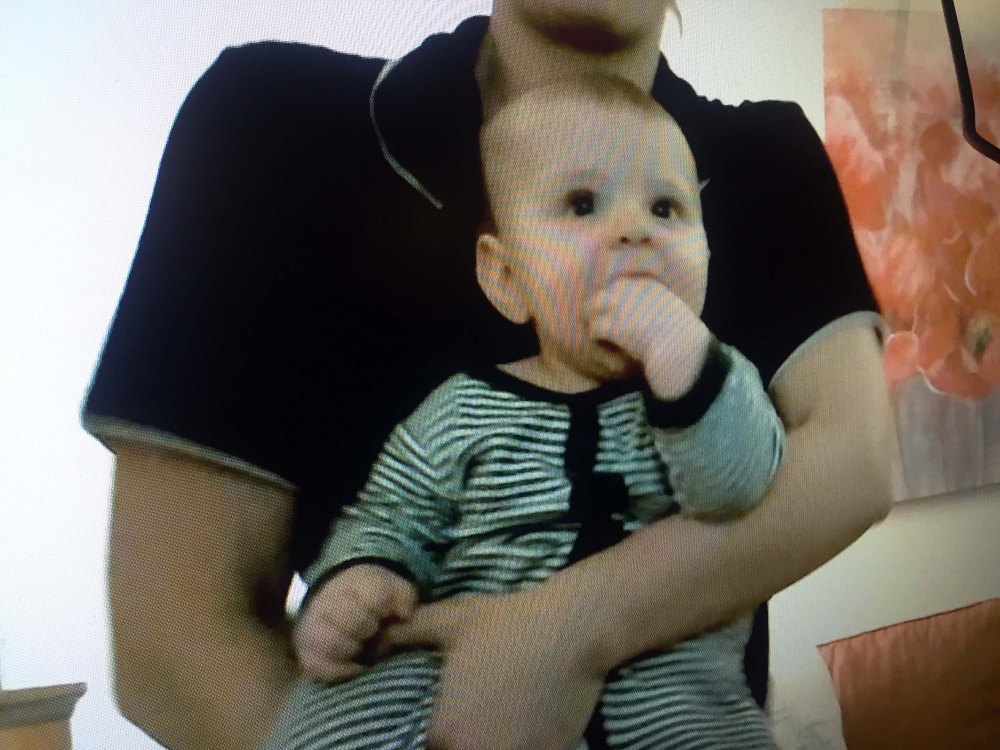 Jack does seem confused by it all though and doesn’t really know what to do, so it was good when Peyton and Sammy came to visit.  They even brought their owners Jo and Ben along, and it was great seeing them since it has been awhile.  Cori and Greg made a huge plate of ribs and chicken for everyone and we had a great fire that night as well.

Me with a lap full of puppies. From left: Hobbie, Jack, and Sammy; a beautiful ruby colored cavalier who is full of energy. Jack finally has someone who can keep up with him. 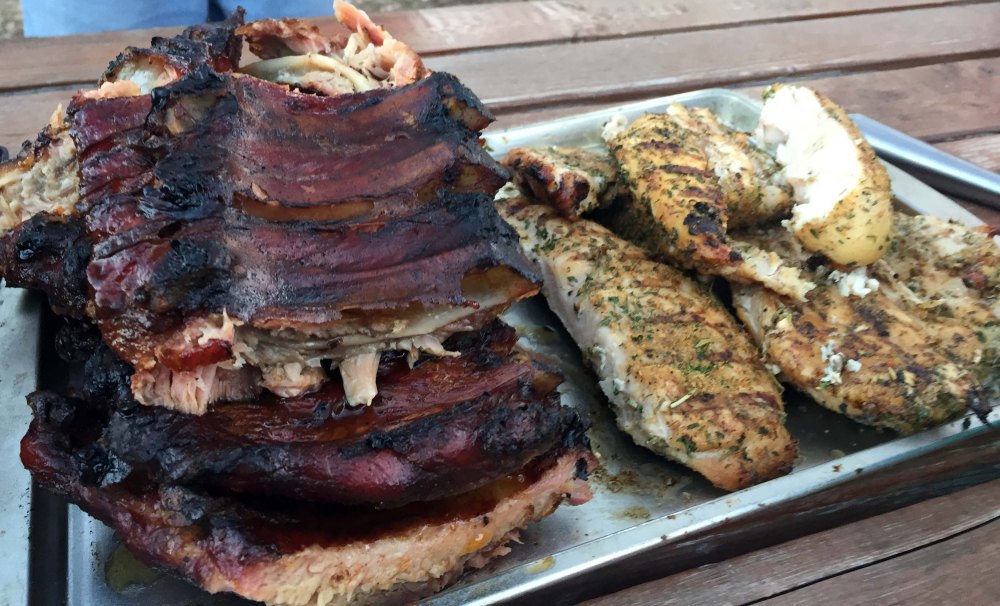 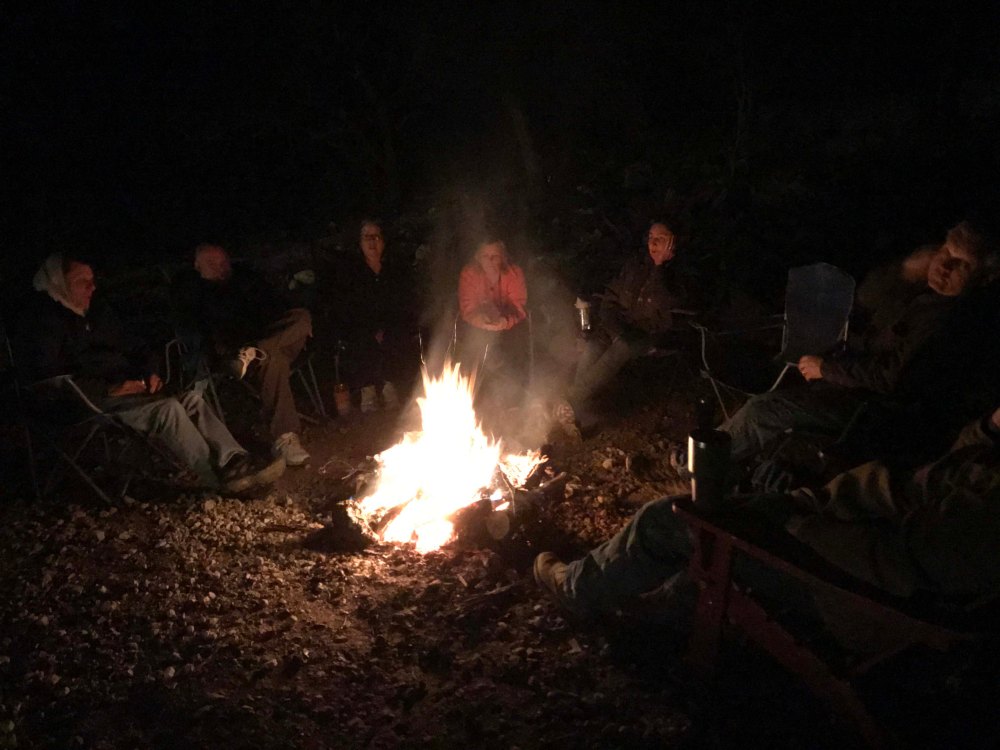 One day I even got to watch all the dogs and Aunt Tracy’s Daycare was open for business. Our RV layout isn’t great for lots of people but seems to work pretty well for dogs.  We learned that Peyton likes to watch cat videos and had a blast watching her watch them. 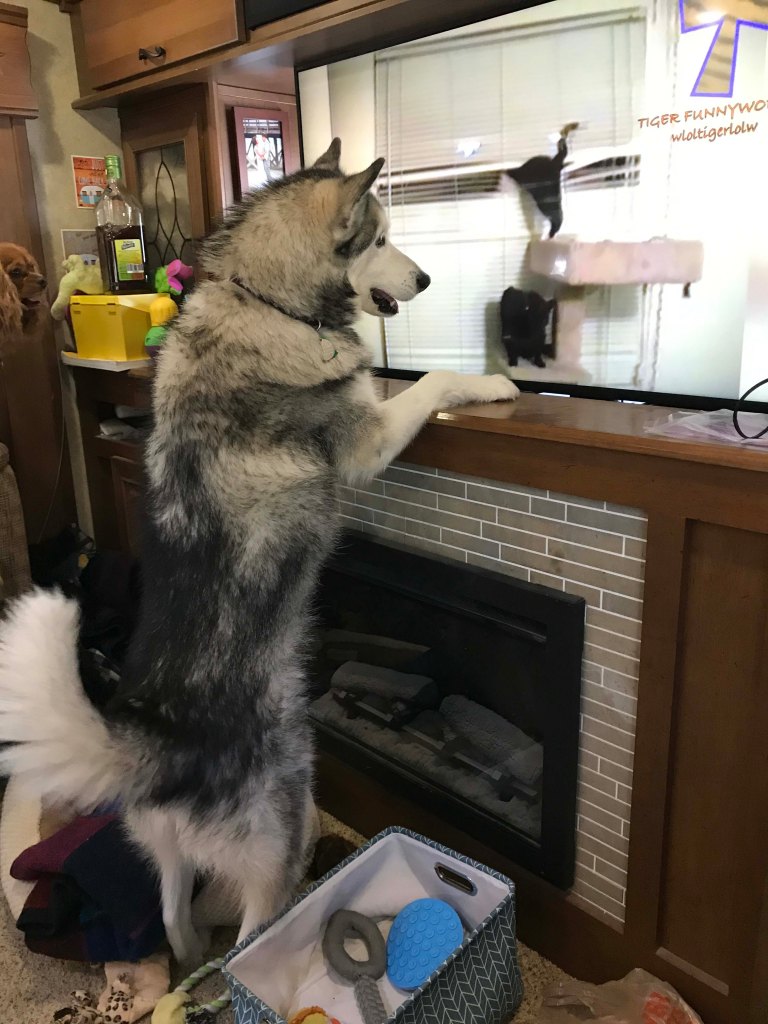 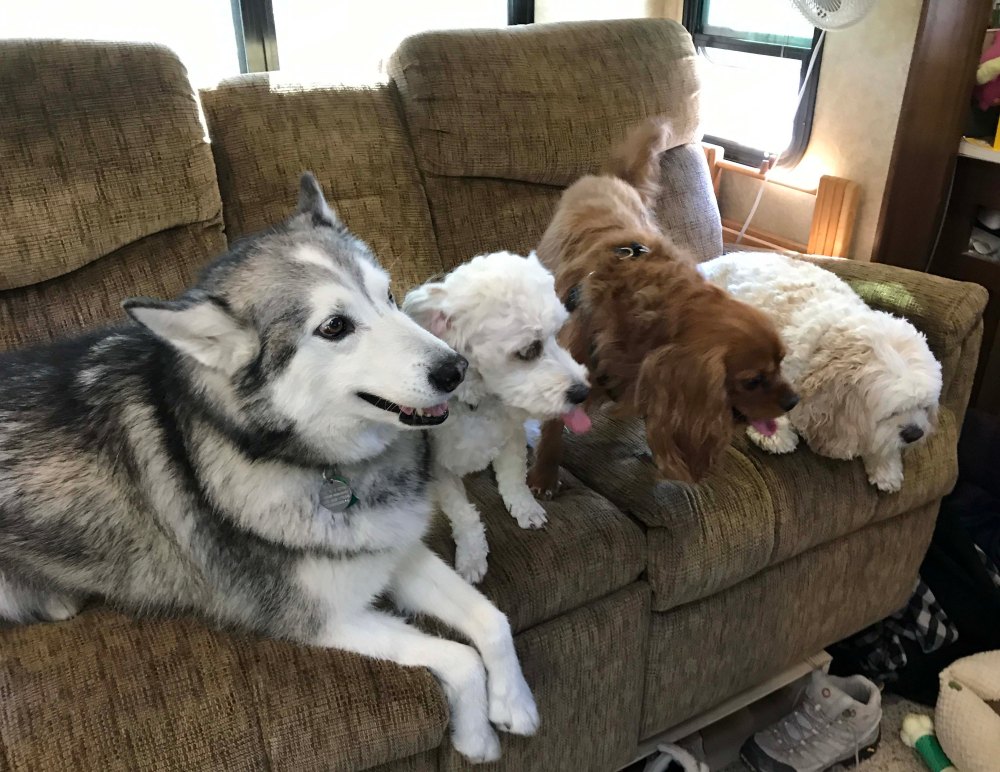 This picture was crazy hard to get. From left: Peyton, Jack, Sammy, and Hobie

It wasn’t all about the dogs though.  On Saturday morning Cori, Kelly, Jo, and I went to a farmers market.  It was a small one but was attached to an old general store and the products were really great.  I bought some fantastic vegetables and some goats milk lotion which is terrific.  Prices were reasonable, people were friendly, and it was a beautiful day.

And there was tons of local product inside the store

My friend Deb turned me on to Goats milk lotion made at local farms and although it can be tough to find I am a huge fan. I grabbed one of these bottles for $12 which is a very reasonable price.

We also stopped by the local CRRC thrift store in Canyon Lake and made a donation.  I love this thrift store because the money goes back into the community and supports the local food bank and a community center where they offer reasonably priced classes.  Cori, Kellie, and I took a great Zumba class one evening for only $5 and they offer a ton of other activities as well.  I like to see where my donations are going, so feeling inspired I decided to do a mini purge and get rid of items I have not used in over two years.  For such a small space it’s surprising how many of those things I have tucked into corners collecting dust.

After we made the donation we went inside and I was thrilled to find a Bunn coffee pot for $2!!!  Mine broke a few months back and the same quality replacement was $35 online.  I bought a cheapie one instead and we don’t like it, so it was amazing to find one for only two bucks.  I have been shopping for clothes at thrift stores for years but am definitely going to start looking in the other aisles going forward.  You never know what you will find.

As great as it has been seeing everyone, I have had to make some adjustments to try and keep to my calorie limits.  As much as I enjoy community meals a few times I have opted out and had a lean cuisine instead and I really need to keep an eye on alcohol.  I haven’t drank at all since I started tracking calories and was a little shocked to learn how many calories were in alcohol.  A glass of wine is around 140 and a raspberry margarita I had was 300!!  Incorporating those extra calories into my 1500 a day has been darn near impossible for me, so largely I am trying to avoid drinking.

On the plus side, we did find Zumba classes I could make with my work schedule and I finally solved my breakfast problem.  I have been trying different breakfast foods and got lucky and found a way to microwave one scrambled egg in the morning in a square shape.  I have been trying to duplicate the square egg in a McDonalds bacon , egg, and cheese biscuit for months and I stumbled across a product that will allow me to make my own.

Scramble the egg in a separate bowl and pour in the right side then gently close the lid.  It does leak a little but look at the result. You can make “fried” egg too just don’t scramble it.

One egg and two pieces of bacon is the perfect amount of protein to start the day and only 181 calories!  Delicious!

So glad I found an easy solution to that problem and I definitely feel better starting the day off with some protein.  I seem to be stuck though on my 8 pound loss so really trying to stick to the calorie counting and adding back in some more exercise to move me to the nest level!

One thought on “Sammy and Peyton Come to Visit Jack”