For the last several years, every time we came to San Antonio I have wanted to go to Hamilton Pool.  Unfortunately the timing has just not worked out.  Part of that is they have restricted hours in the winter, and it’s also not really close to anything, requiring a several hour commitment.  Thankfully all the stars aligned for Memorial Day, and Cori made a reservation and off we went.

Yes, you heard that right.  Even though it is a county park the demand for use is so high they require a reservation to come and visit.  And they take it seriously.  We arrived 15 minutes early and the attendant made us leave and come back at.  Not park and wait…there was no place for that, but actually leave the property and come back.  Things were not starting out well.  The way it works is you can book either morning or afternoon and you have 9am -12:30pm or 2pm – 5:30pm to hang out in the area.  For us that was plenty of time since it was too cold to swim but that would definitely be a bummer if you wanted to stay and picnic and swim.

We left and drove around for our time and came back to a line of cars.  First we had to stop and give them our names and then Cori had to show her ID because she made the reservation.  Next we pulled up to a kiosk and we had to pay $15 cash for the carload.  Cori paid $10 online to reserve a spot and then we paid an extra $15.  Not horrible for 4 people, but not great either. When we got out I was relieved to see a few port-a-johns because it was not close to anything, and a long drive.  Unfortunately they were VERY dirty which really ticked me off.  I am not sure what they were doing with the time between groups but obviously they were not cleaning the restrooms.

Finally we set off and we saw that the trail was .25 miles with a steep downgrade.  There was a paved road going down to the bottom, but it was for maintenance vehicles and closed.  Not sure if they allow people to use it in season or not.  The trail was VERY rough and steep and I quickly regretted not wearing my hiking shoes.  I really had to pay attention to where I walked and the stones were wet in some areas which didn’t help.  It was pretty though and there were some nice benches along the way.

I’m not sure how bicycles go?? They had a fee for them. I was confused by this. No way could you get a stroller to work on that path.

This explained the reservation hours 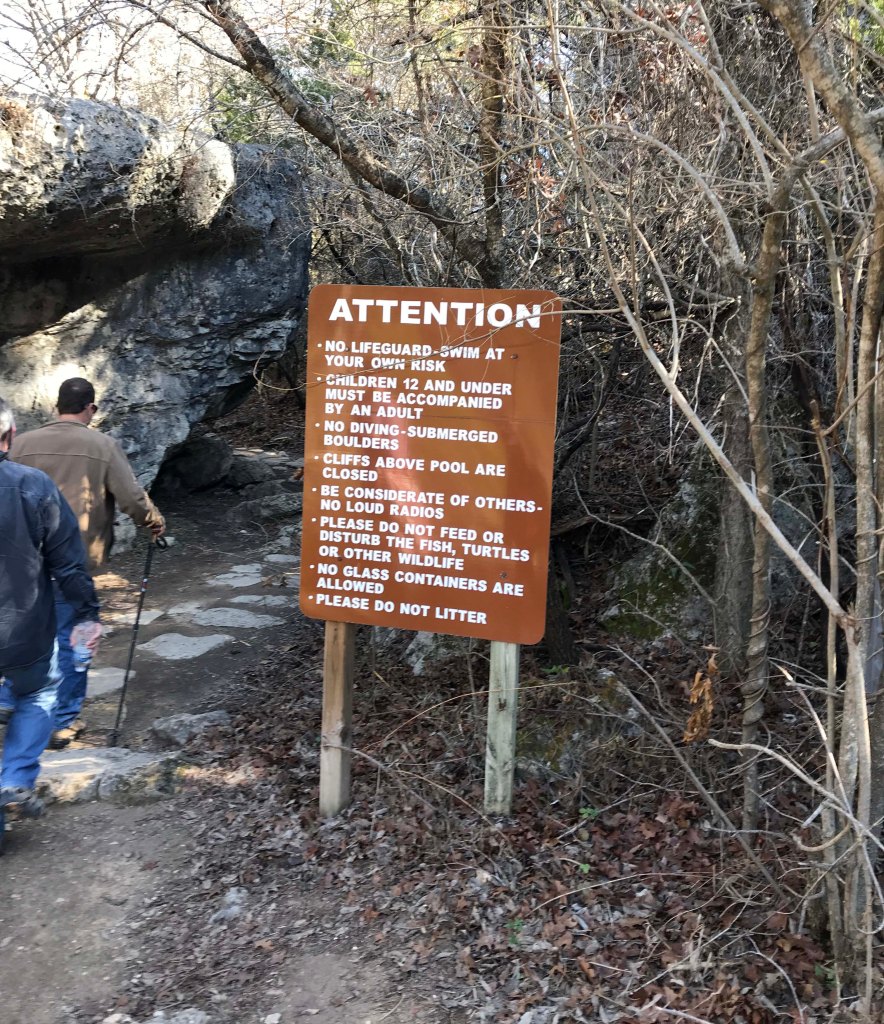 I don’t mind signs I really don’t but they were everywhere and not great in tone. That being said I did see a guy step right over a stay on trail sign and get talked to by the attendant that stayed in the pool area. 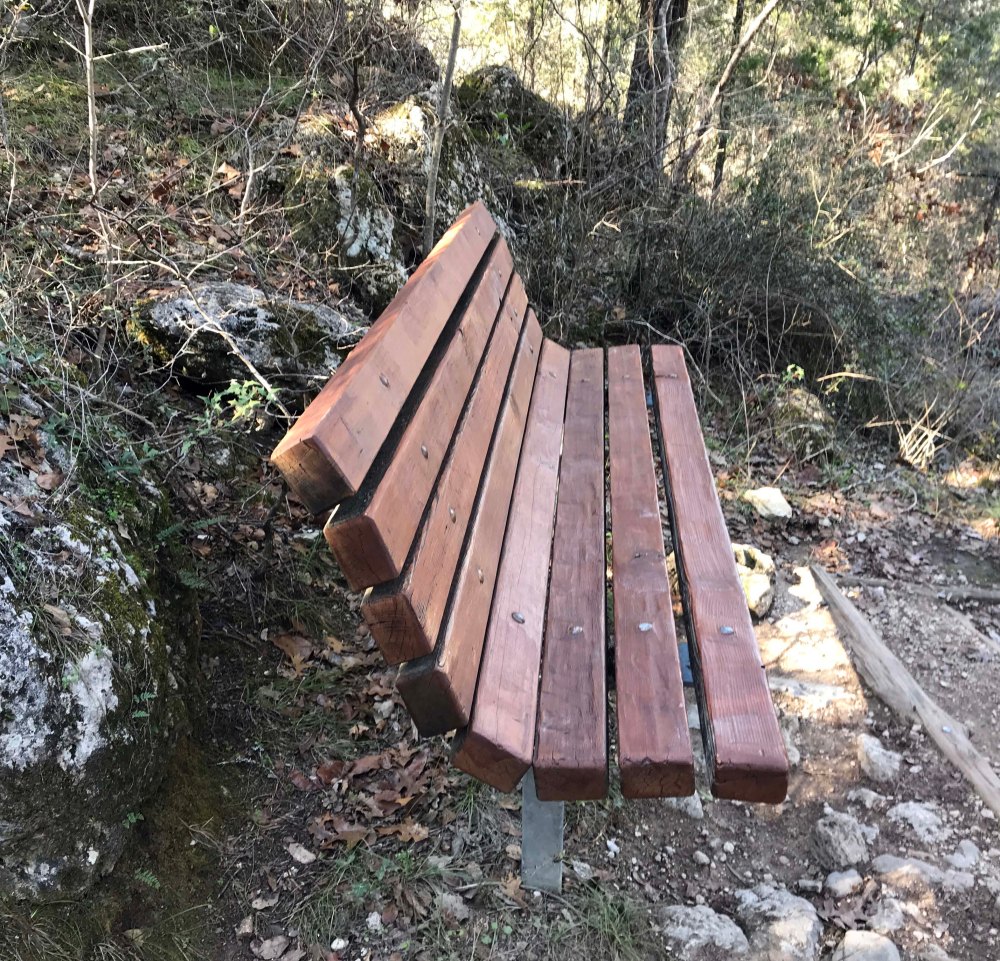 The benches were nice along the way 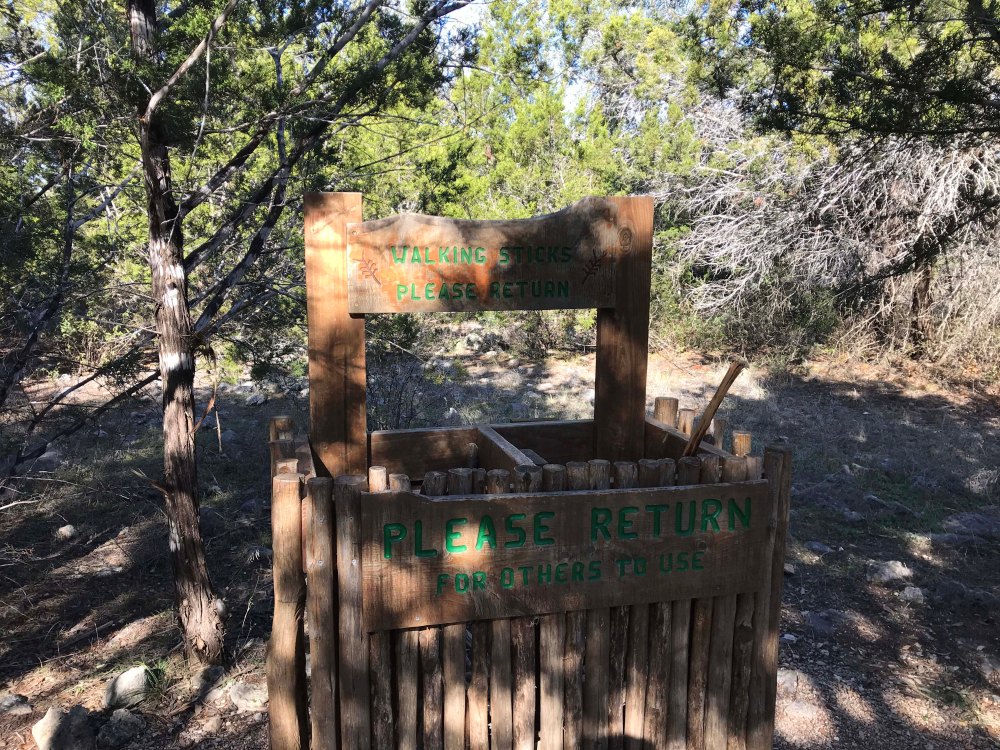 This was the friendliest thing I saw. It had pieces of wood that people could use as walking sticks I really liked this.

When we got to the end of the trail we saw another nice feature.  They had life jackets that people could use to swim.  The water was really cold the day we went but we did see one guy swimming.  That would be really fun actually as the water is beautiful.

The path did have some cool features 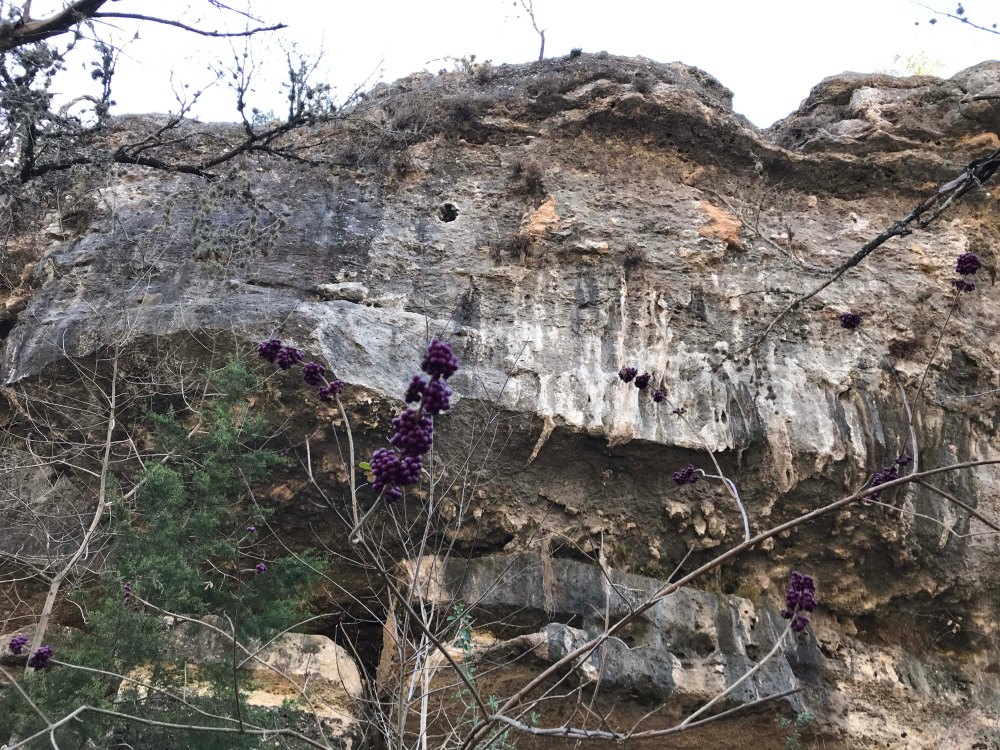 Anyone know what these purple berries are? I’ve never seen these before. 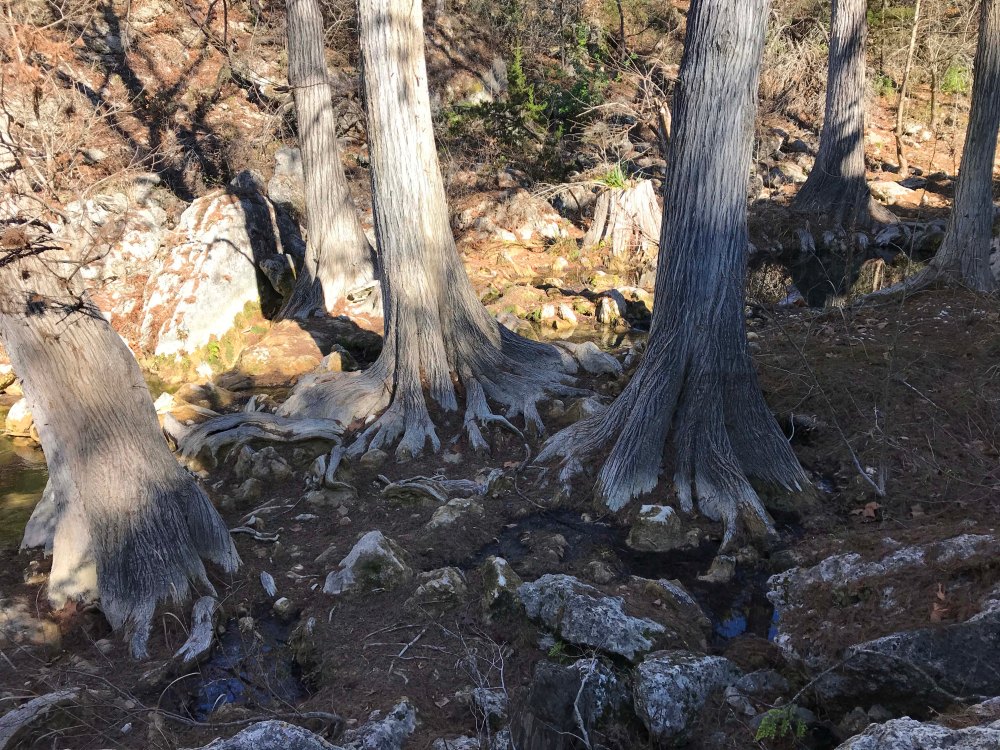 When we turned that last corner though I have to say it was really beautiful.  Several small waterfalls dripping from the cliff and a gorgeous pond.  We took our time walking around it and although it was crowded people were respectful of each other. 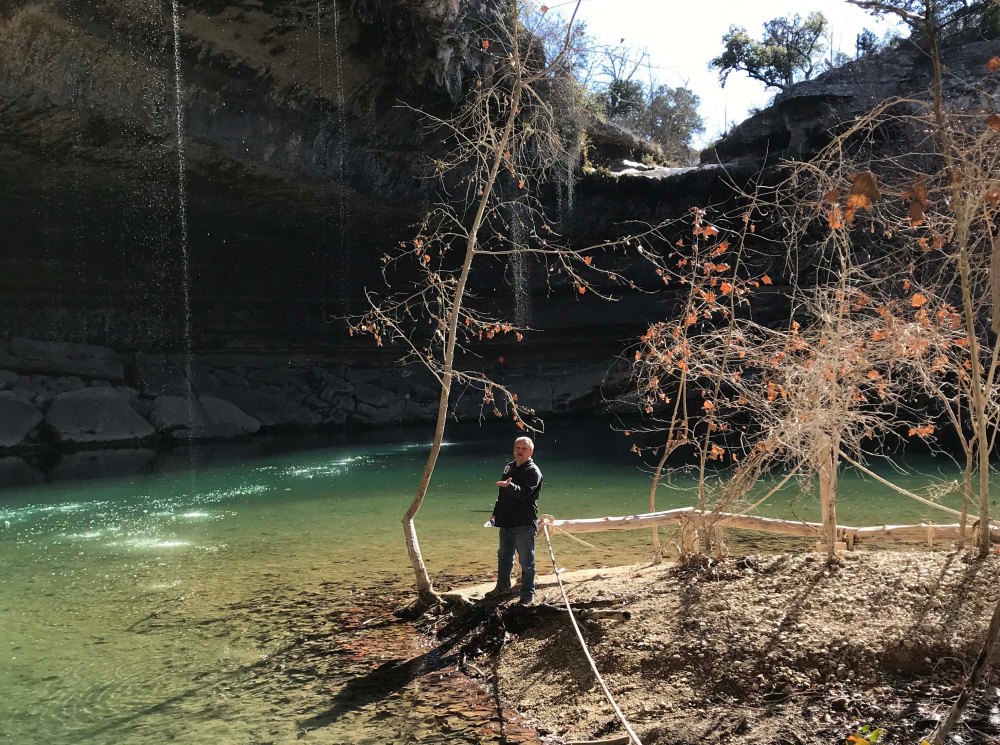 The rocks were really cool as well.  Many of them had moss growing on them and you could just feel how old they were as you walked around.  There is one place that was a super tight squeeze though.  Lee had a bit of trouble getting through it 🙂 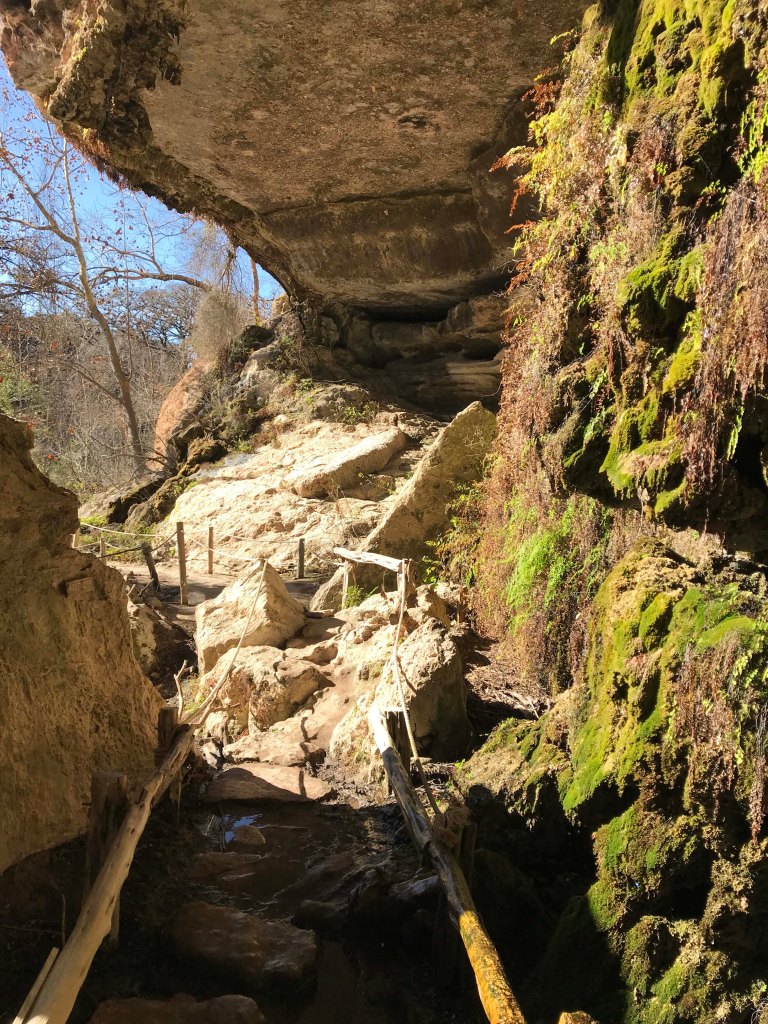 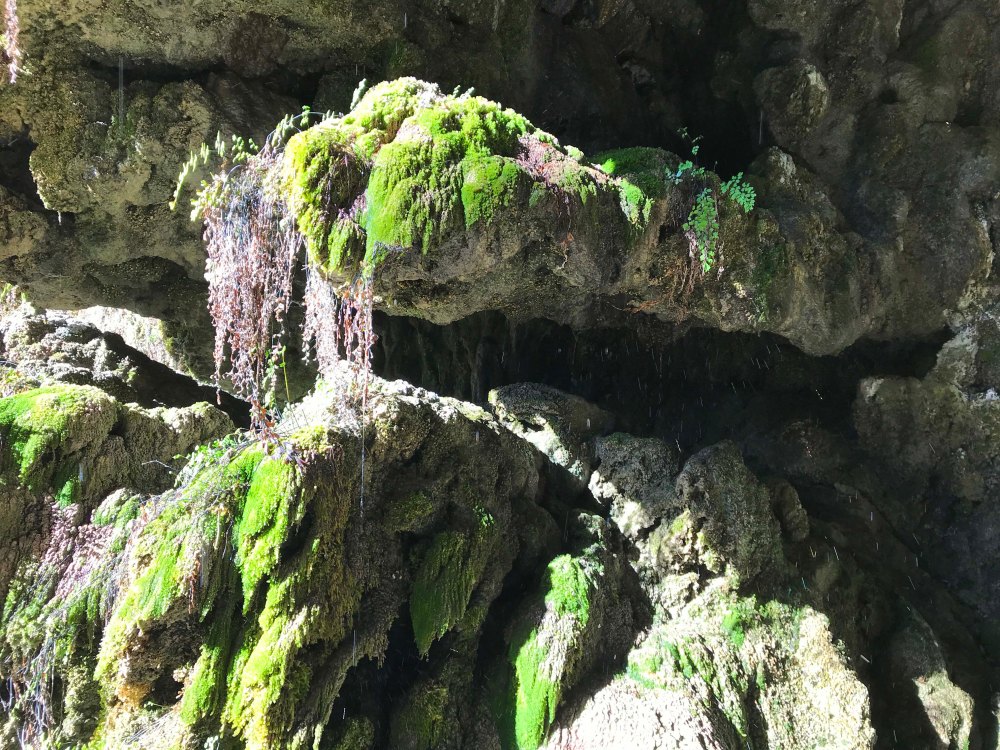 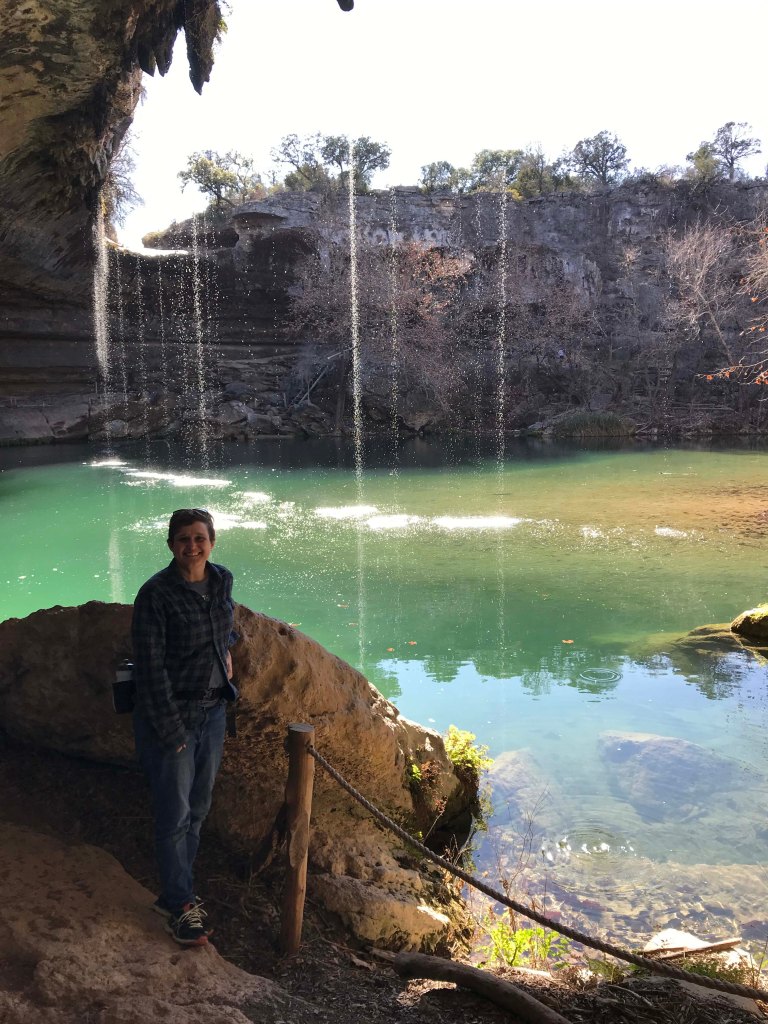 It took us about an hour to complete the walk, and although it was pretty I don’t really think it was worth all the fuss.  The people who worked there were borderline rude and it was overpriced for the hike alone.  We even tried to extend it a bit by walking along the creek, but the path you have to stay on doesn’t get close to the water so you really can’t see it.  We turned around and came back.  I’m glad we got out and hiked, and its always great being with our friends, but I cant really recommend this unless you have have the time and don’t mind the aggravation.