We spent our couple of days in Torrey fighting the wind and exploring the other half of Route 12.  As windy and cold as it was where we were, we felt lucky that we weren’t farther east.  We looked around for other boondocking spots that might be better, but the weather was pretty bad everywhere, and ultimately decided to just stay where we were.  Thankfully on Thursday it was time to move on to Goblin Valley and we were hoping the lower elevation would bring higher temperatures.

We rarely make campground reservations in advance, but occasionally there are parks where you have to.  Deb had visited Goblin Valley State Park 20 years before with her kids and she was anxious to return.  I had never even heard of it, but was game and she, Cori, and I all got online right when the campsites opened several months ago and snagged three spots.  We knew there wouldn’t be any cell coverage in that remote area, so Steve had taken some vacation days.  Goblin Valley isn’t really close to anything else, so again we had to plan our route.  We ended up going Route 24 right through Capitol Reef which was an absolutely beautiful drive.  Generally I don’t like to blow through national parks, but since our plan was to return and spend more time there, I just sat back and enjoyed the drive.  It was spectacular. 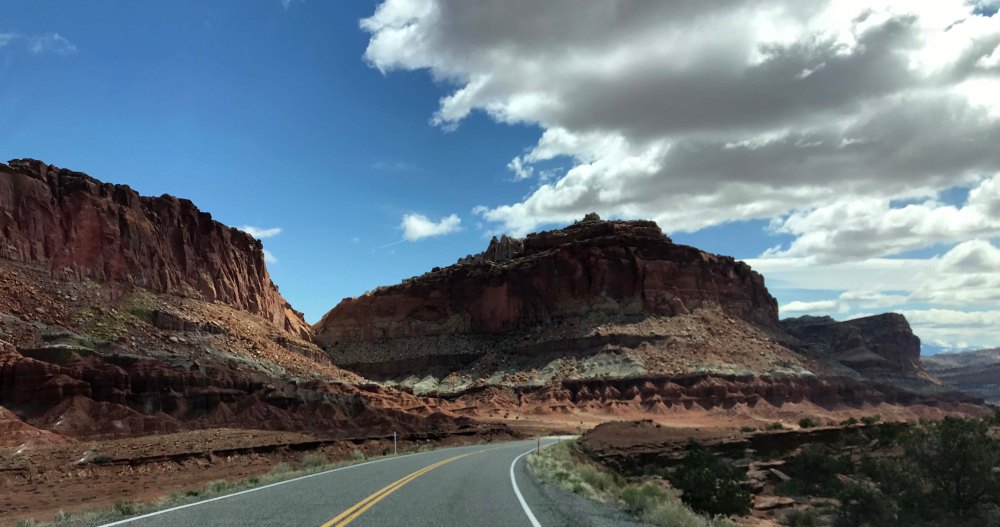 During the drive we did run into a couple of 8 percent grades, but nothing we couldn’t handle, and once we left the national park the landscape flattened out quite a bit.  We saw lots of farmland with the occasional stunning outcropping of rock. 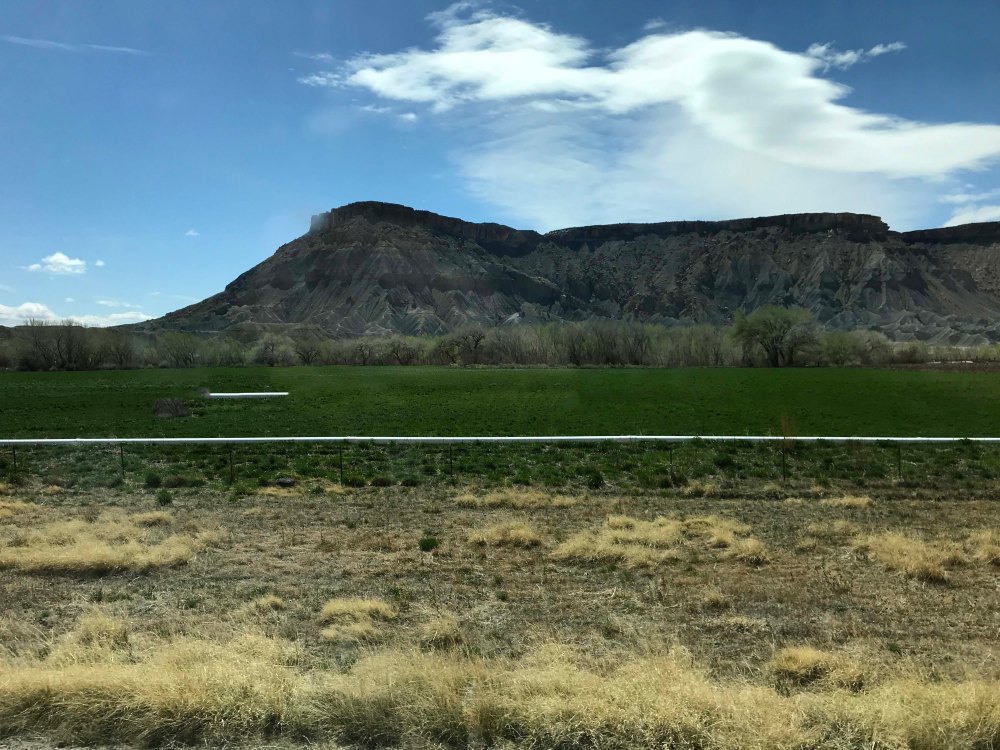 Utah is full of remote spaces, but Goblin Valley is on a whole other level.  The closest town was Hanksville, which was 32 miles away, and we stopped to gas up and buy some ice.   What was great about the stop was we got to see a gas station built into the side of a rock and I really loved it. It’s not only super cool, but they had a great selection and the restrooms were very clean.

If you go here grab some popcorn that they make fresh daily. Yummy! 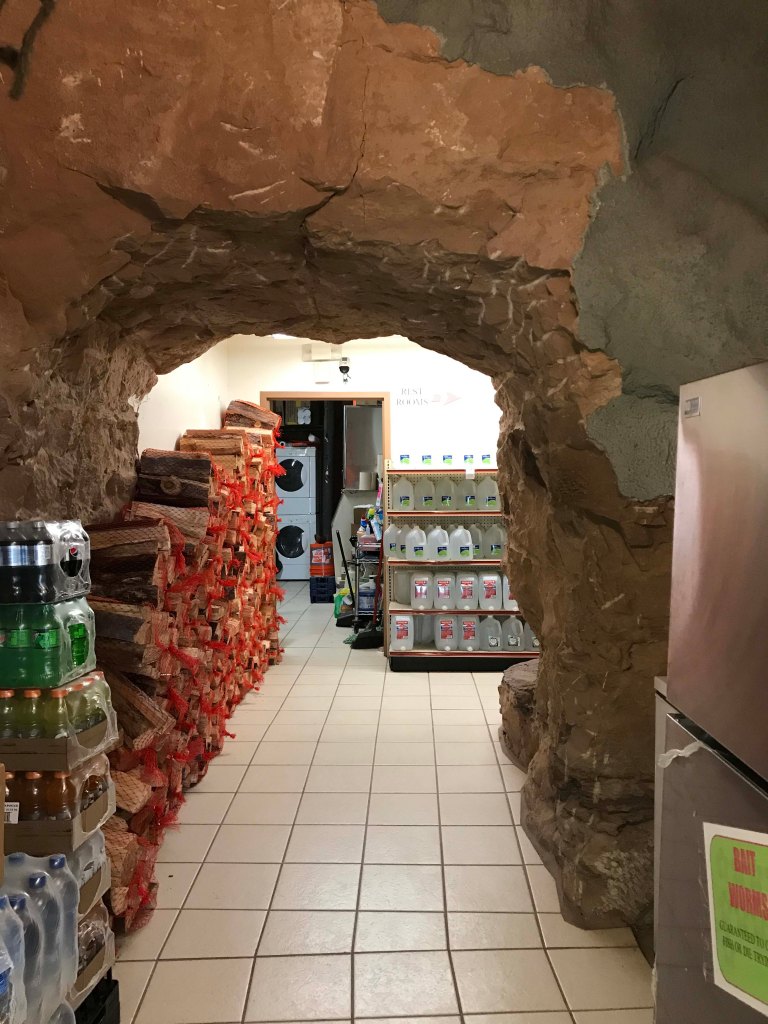 When you walk back to the restrooms you go through rock. Fantastic. 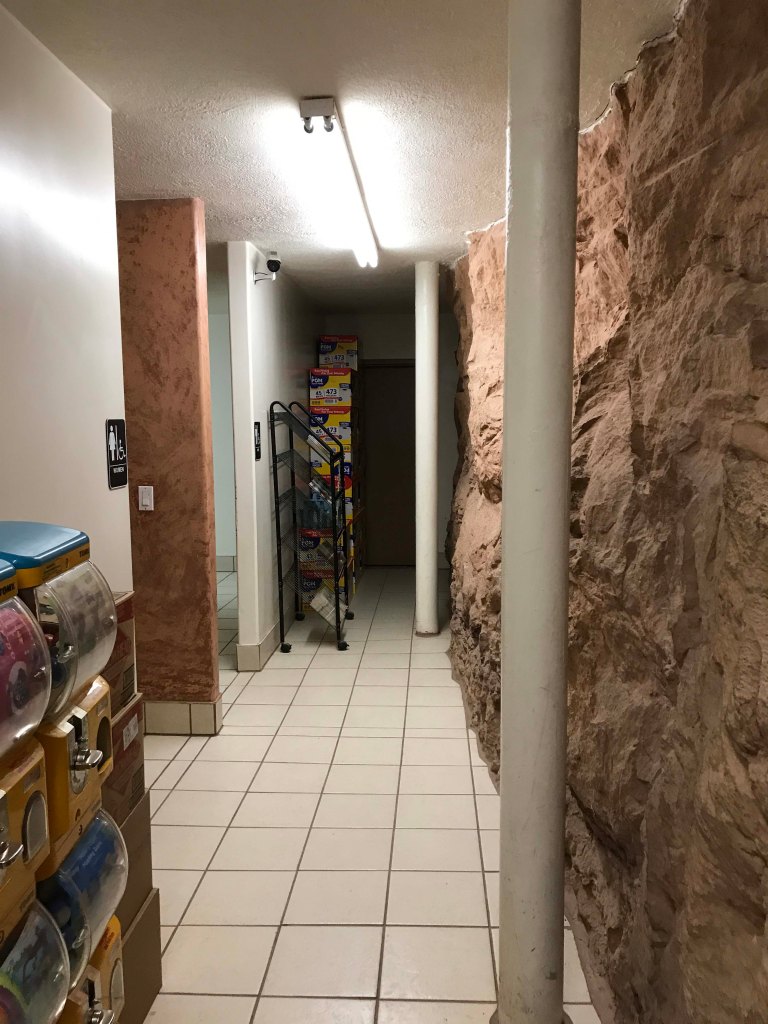 They just dry walled around the rock and left some of it bare.

Once we stocked up we headed towards the park and eventually made it.  Despite it’s remote location, the park is not cheap, costing $30 to camp (no hookups) and $15 for a day use fee. There is a reason for this though, because the goblins are pretty unique rock formations and the campground is really close to them.  We checked in, and made our way to our spot excited to see what the park had to offer.

Long, lonesome road to get there.

The campground is pretty small, which is part of the reason it is hard to get into. 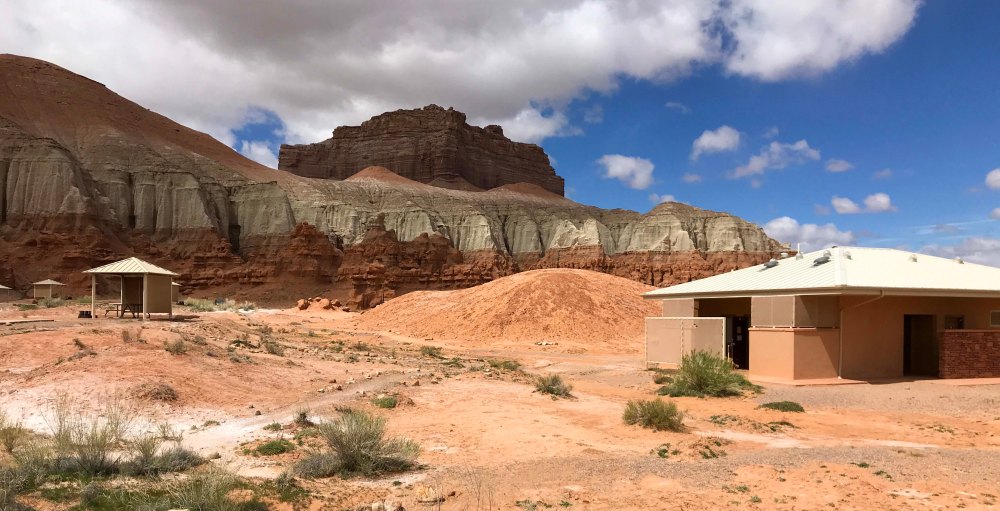 It does have a dump station and nice restrooms. 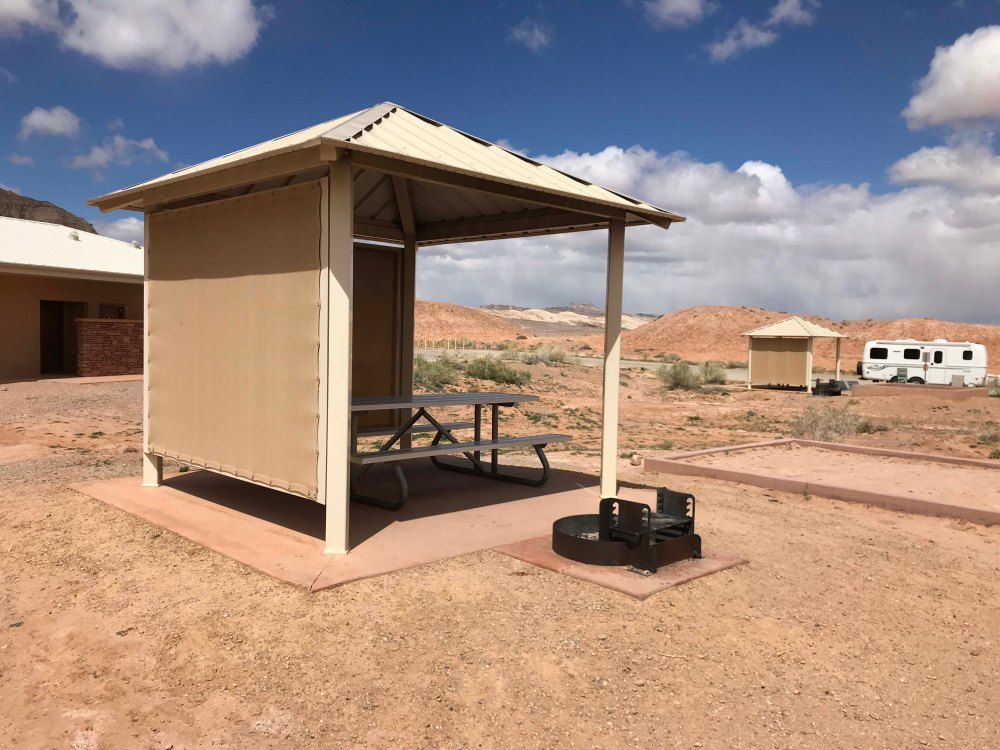 And every site has a great pavilion which was nice.

And the views were pretty spectacular.

The sites closest to the rocks were all tent sites and despite the chilly temps were all full. 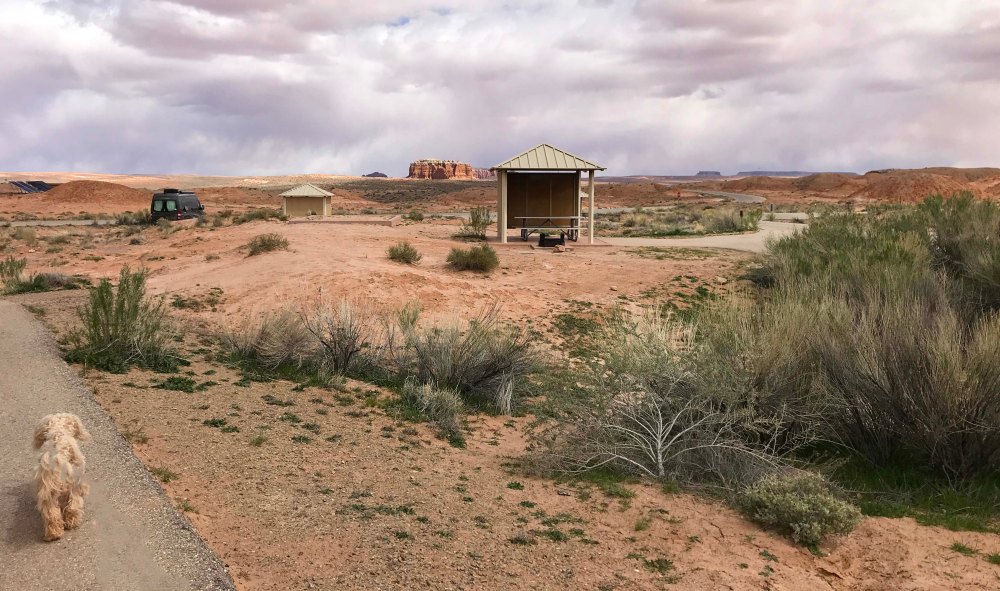 Jack liked it because more sand and the center section was big enough for him to run around in.

Eventually we all arrived, including Steve and Deb who had a much longer drive from Bryce.  While we were waiting Lee took the truck and drove outside of the park checking out the boondocking opportunities.  After dinner, we called it an early night, excited about going on a hike the next day.  We only had two nights inside the park and definitely wanted to make the most of it.

3 thoughts on “Driving to Goblin Valley”