After an amazing weekend with Deb and Steve we had two choices.  We could either stay in Bryce with Deb and Steve, or head to Torrey and meet up with Cori and Greg. Ultimately we were all ending up in goblin Valley, but since Cori and Steve are still working they couldn’t travel until later in the week.  We weren’t sure what we wanted to do, so we checked the weather.  It’s pretty common that all things being equal, weather is a big factor in our travel plans, and this was no different.  A huge storm was due on Tuesday (it was the storm that blanketed the entire midwest) and high winds and snow were forecasted for Bryce.  Torrey on the other hand was at lower elevation and was only supposed to get high winds.  Fair enough.  Off to Torrey with Steve and Deb following behind in a few days.

First we had to figure out how to get there which required some research.  Utah more than any other place we have been (except maybe Alaska) requires some research on which roads to travel.  There aren’t many interstates, and many of the smaller roads have significant grades.  I also like whenever possible to travel on roads we have never been on and carry a marked up Atlas Map in the truck so I can see where we have been.  Every year is a different color and it’s always exciting to me when I get to fill in a new section. After looking at the map we had three major choices.

Since we had already established that we didn’t want to go on Route 12, we decided to take Route 89 to Route 62 to Route 24 instead.  Even though it was a longer route it took less time, and when I checked our Mountain Directory I didn’t see any bad grades.  Speaking of which, we use the Mountain Directory guide to research whenever we are on road where we are concerned about the grades.  It was written by a truck driver who also RV’s.  That information has consistently been helpful to us when deciding whether we can handle a road, and although it is not cheap it has absolutely been worth it. Lee was happy with the roads and I was happy that it was a road we had never been on and a scenic drive. Win-Win.

Before we even got started, we had a bit of excitement.  Because the dump station at Bryce wasn’t open yet we had to stop and dump and chose a place right outside of the park.  We also filled up on propane, because we had gone through quite a bit and in the middle of all the excitement Jack threw up in the truck.  He’s been much better about this, rarely throwing up when we travel, but today he did and it all landed on my hiking hat.  That was much better than on the carpet for sure, but I love that hat and thankfully was able to clean it all off quickly. 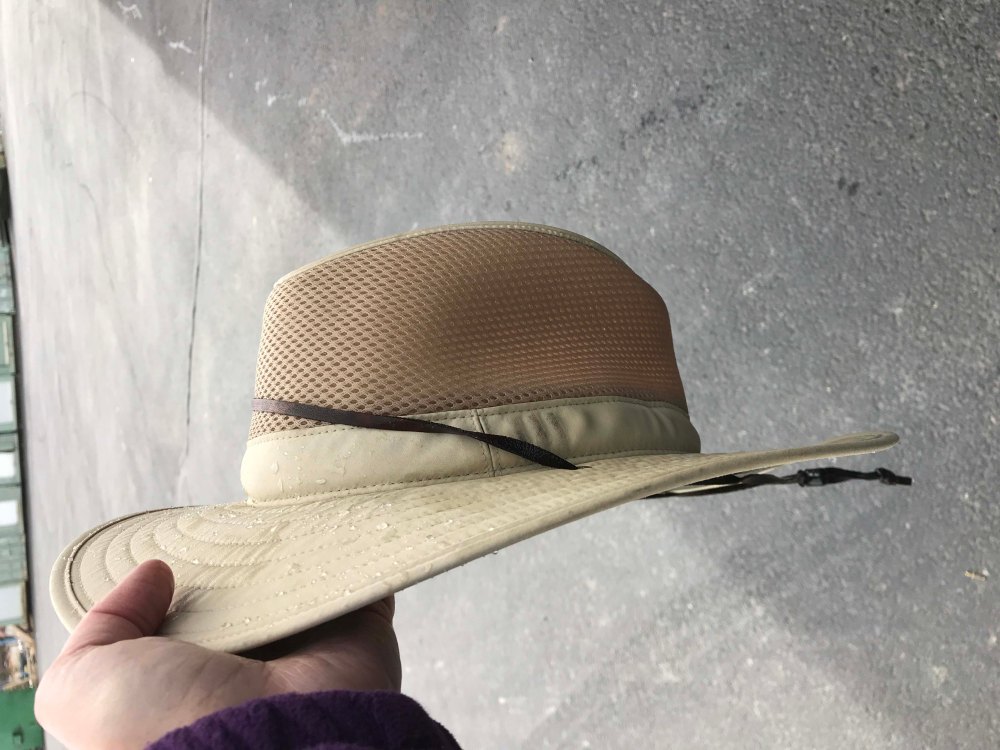 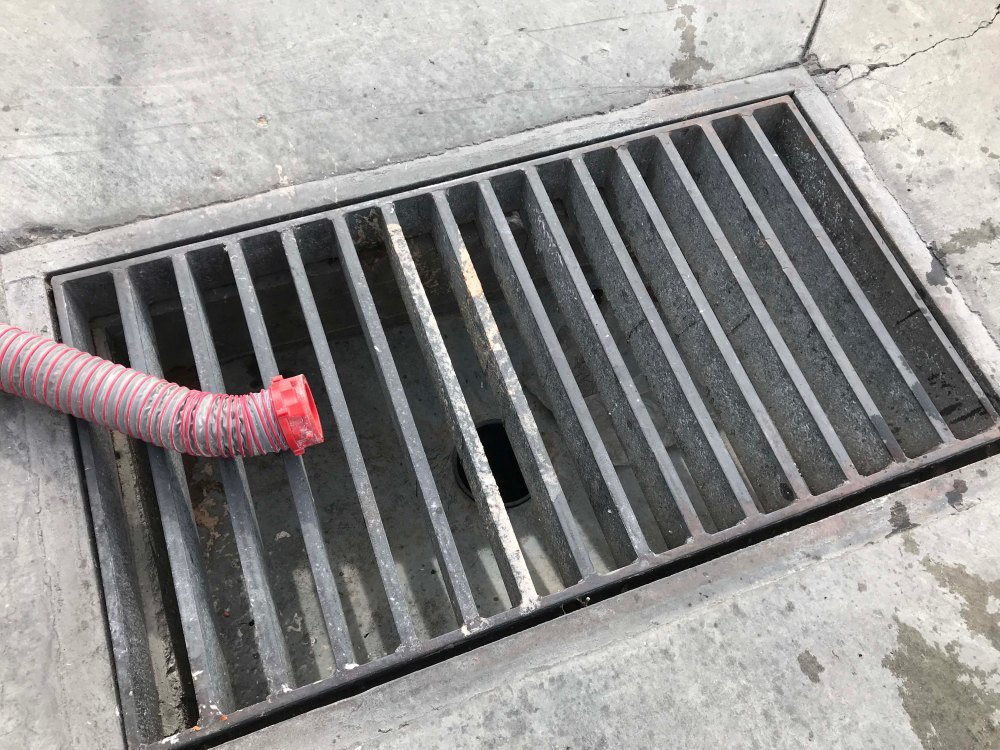 Lee said this is only the second time he has seen a dump station like this. Not the most sanitary.

Once all of that was taken care of though we headed down the road, excited about what was around the next corner.

Several small towns along the route.

I love these combination stores which have a little bit of everything in order to survive.

This one had a working piano on the outside which was a first.

Considering the size of the town these are decently stocked, but with the nearest chain grocery store well over two hours away these are the fruits and vegetables people have ready access to. People who don’t live in remote areas take that sort of thing for granted, but we see it a lot in our travels.

Almost every town has an LDS church though.

And some small business although these vary from town to town in an interesting way.

One of my favorite parts of taking the road less traveled is those unexpected scenic or historic finds we stumble across along the way.  These roads were no different, and thankfully we had the time to actually stop and check a few of them out.  The first one we came across was the childhood home of Butch Cassidy, and thankfully it had a big enough parking lot that we were able to swing in.  I love the movie Butch Cassidy and the Sundance Kid and it was very interesting to see where Butch spent his formative years.  He lived there from age 14-16 and according to the census bureau he lived in this small home with his mother, father, and 5 siblings.

The information they provided on the signs was very good. I found the picture of him as a young man and then as an adult particularly interesting.

Plexiglass blocked the inside, which was mostly interesting because of how small it was.

These trees in the backyard were huge as you can see from the 4 foot fence next to them.  I had never seen any quite like them.

While we were traveling we also ran across Otter Creek Reservoir. It was a very long body of water, and we saw several people camping down there.  Unfortunately there was zero cell signal during that portion of the drive, so it wouldn’t work for us.

One of my favorite stops was a rest area we stumbled across that had absolutely beautiful views of the mountains.  Jack enjoyed that stop as well and we got some great pictures of him and the rig.

Lee called this a hangman’s tree. 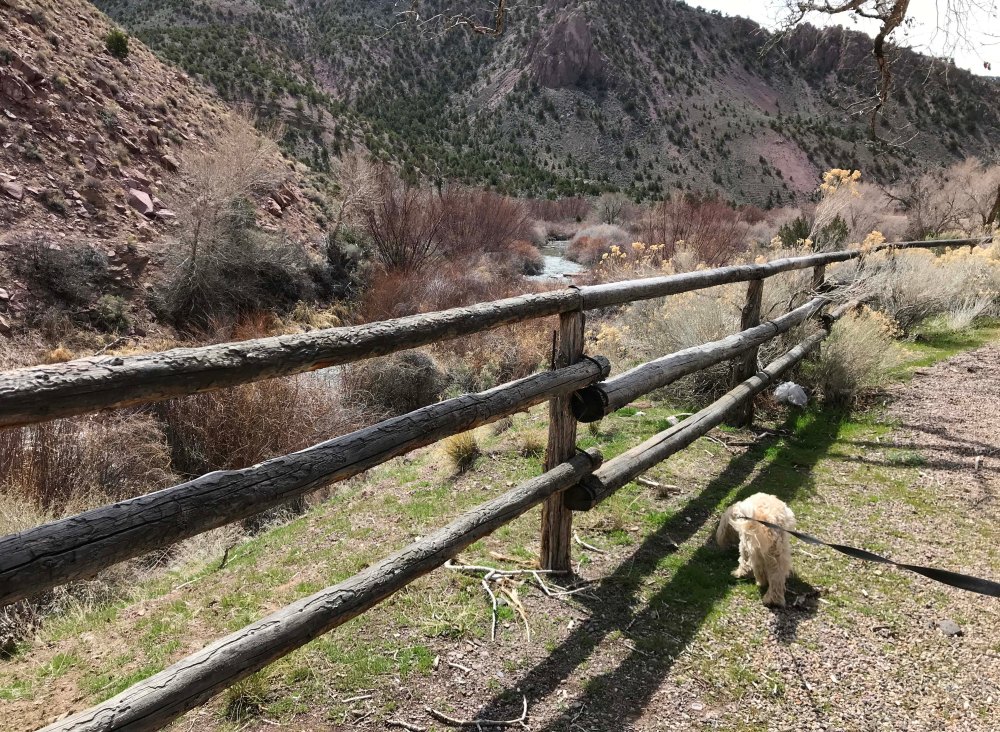 The river running next to the rest area sounded really pretty. 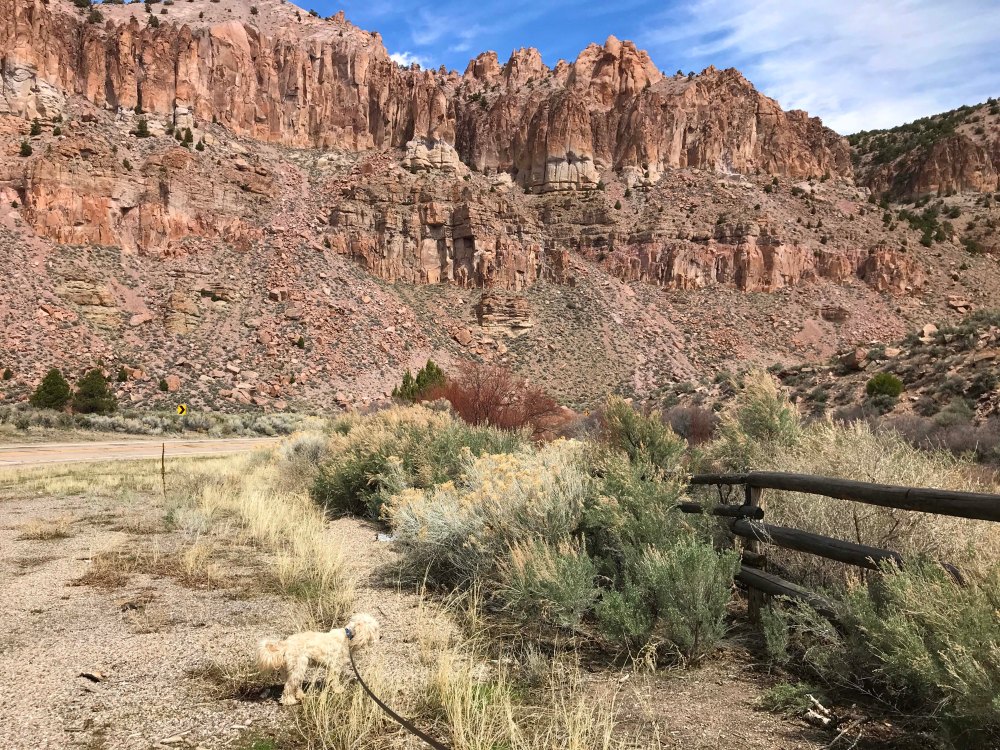 It’s hard to accurately portray how remote these roads are but I will say this.  At one point we were out in the middle of nowhere and stumbled across a surprisingly large facility. I wondered out loud if this was one of the troubled youth camps I had heard about in Utah, and sure enough later when I was back in cell coverage I looked it up and it is for troubled teens. Although the facility itself looked very nice I personally found its remote location troubling.  No cell, no major roads, and surrounded by a whole lot of nothing.  There wasn’t even a small town close by.

As pleasant as the drive was, we were excited about seeing Cori and Greg and were glad when we finally pulled into our boondocking spot.  They had scouted ahead and found a nice spot on Beas Lewis Flat Road.  We had read some mixed reviews because there is a ton of glass at the entrance, but Greg and Cori found a great spot up amongst the rocks.  It was an absolutely gorgeous view, but it was a little windy, but thankfully it was mostly glass free.  Jack was thrilled to see Hobie again and we were glad to see Cori and Greg. 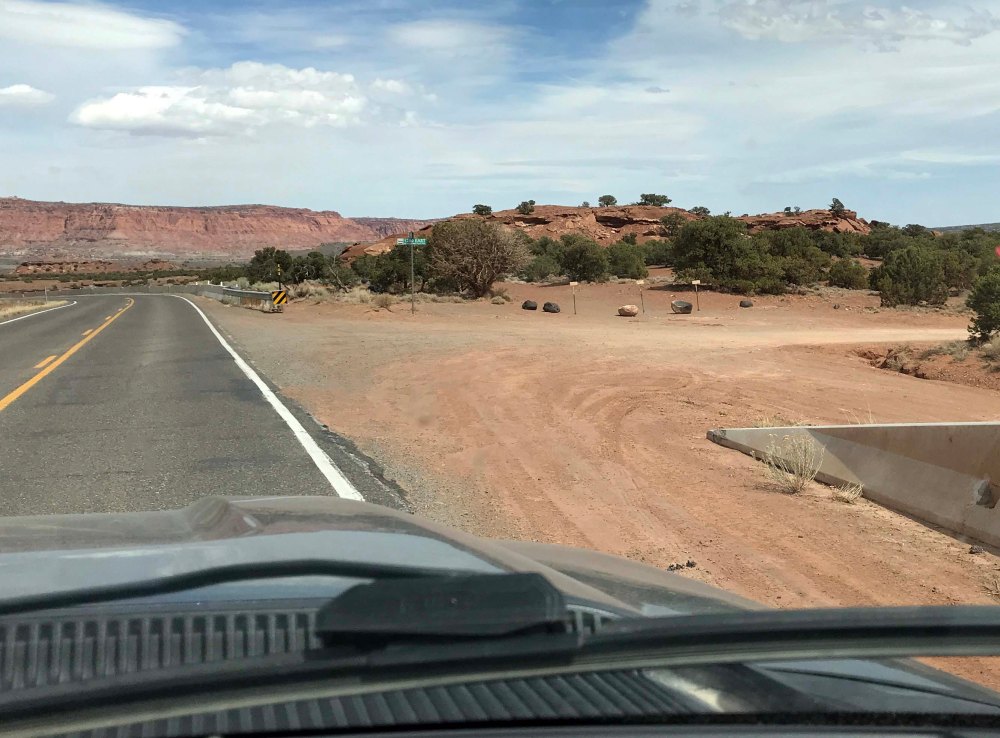 turning into the boondocking road

You can’t see it but there is a ton of glass to the right. Really a shame since its a beautiful spot.

Pulling into our spot.

Greg and Cori purchased a Chinook which they are using to take some trips. They still have their Class A but this gives them more flexibility.

Hobie was happy to see me!

And Jack was happy to see him! 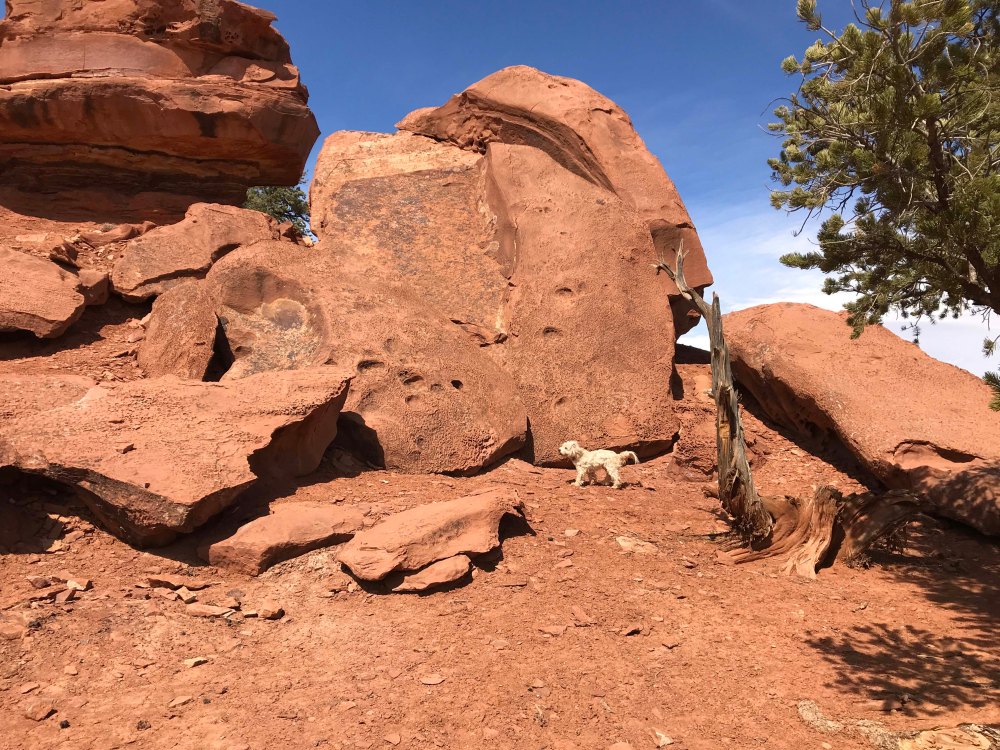 The only downside to the site was it was windy, especially since we were getting the tail end of the storm hitting the Midwest.  That was OK because there was lots to explore in the area, the cell coverage was strong, and it was totally free.  It was a good place to hang out for a couple of days before going to Goblin Valley. Oh, and the GPS coordinates for those who would like to try the spot are 38.297900, -111.388864.   There are also more spots farther down past the cattle guard that we saw several people staying in, but we didn’t do much exploring down there.

4 thoughts on “Driving to Torrey”