If you feel like I am phoning it in lately…you are not wrong.  I hate when I get this far behind in blog posts, but as tempting as it is to just cut to the chase and catch up, there was one thing in particular I really felt I needed to write about. Well, really it’s “show you pictures of” because I am not nearly talented enough to describe what we saw.  The place was Idaho’s Mammoth Cave and Shoshone Bird Museum. Generally we love stuff like this.  I’m all in on the oddball attractions and if you’ve been reading along you know I have the pictures to prove it.  But this place…well it was in a whole other category. So I am going to walk you through the experience with pictures. 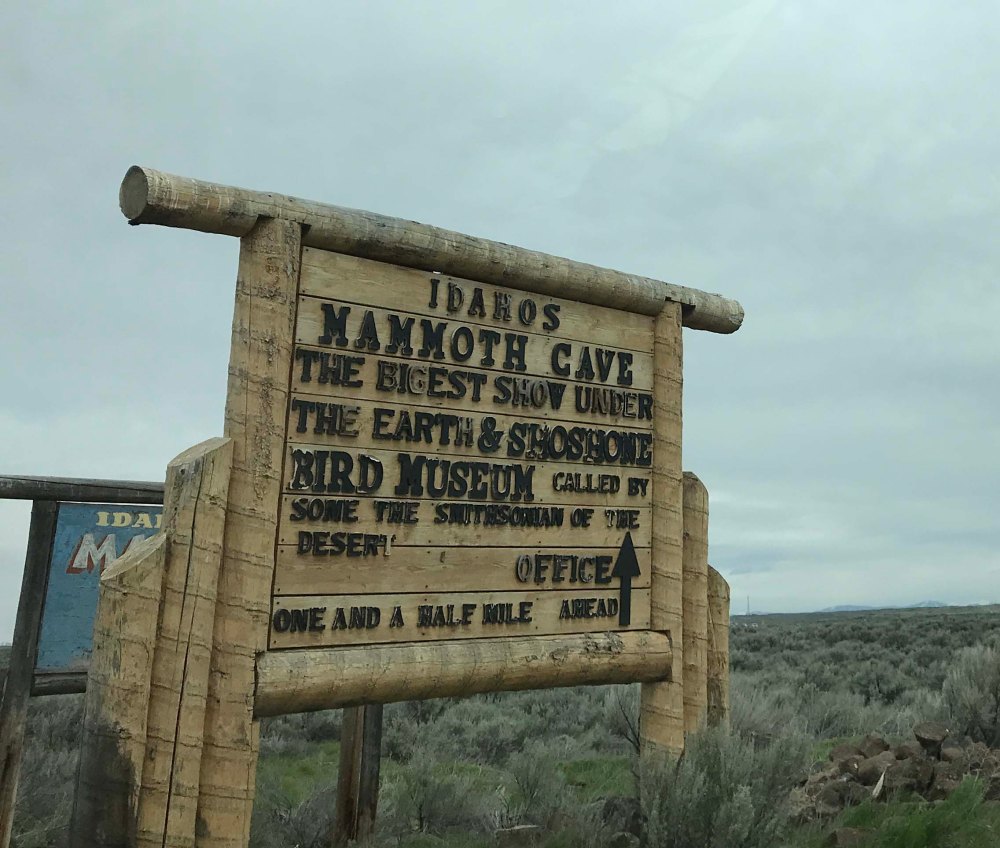 It’s definitely an old attraction. The sign behind the newer one looked very old. The quote “Called by some the Smithsonian of the Desert”…really got my attention. I adore the Smithsonian and don’t appreciate comparisons unless they are legit. Lee enjoyed how they spelled “Biggest”. 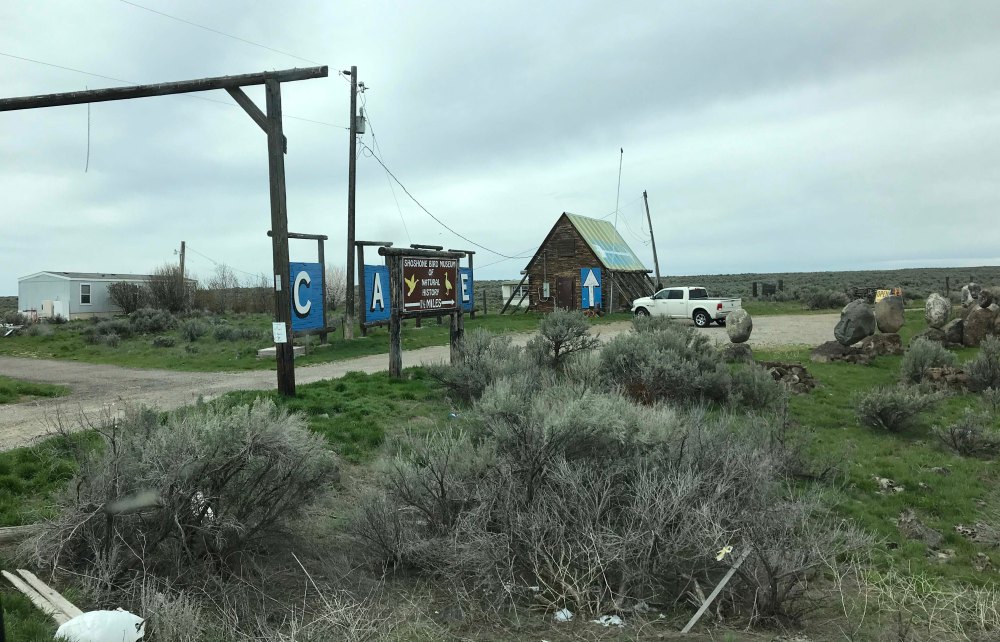 There were multiple entrances, which was really confusing.

This one had creepy rock face dudes so I thought it was the right way. 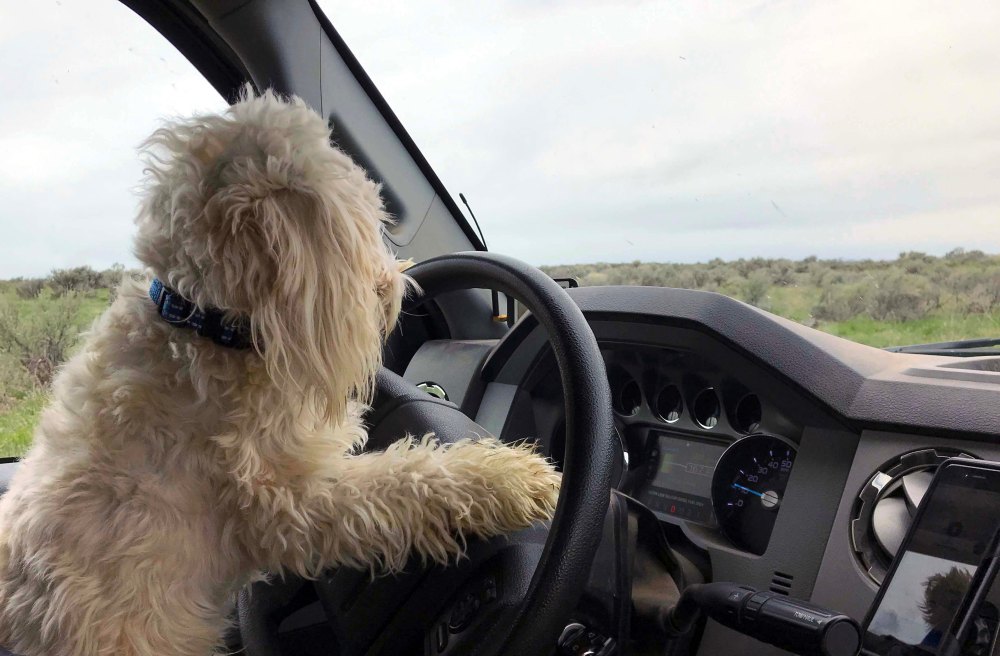 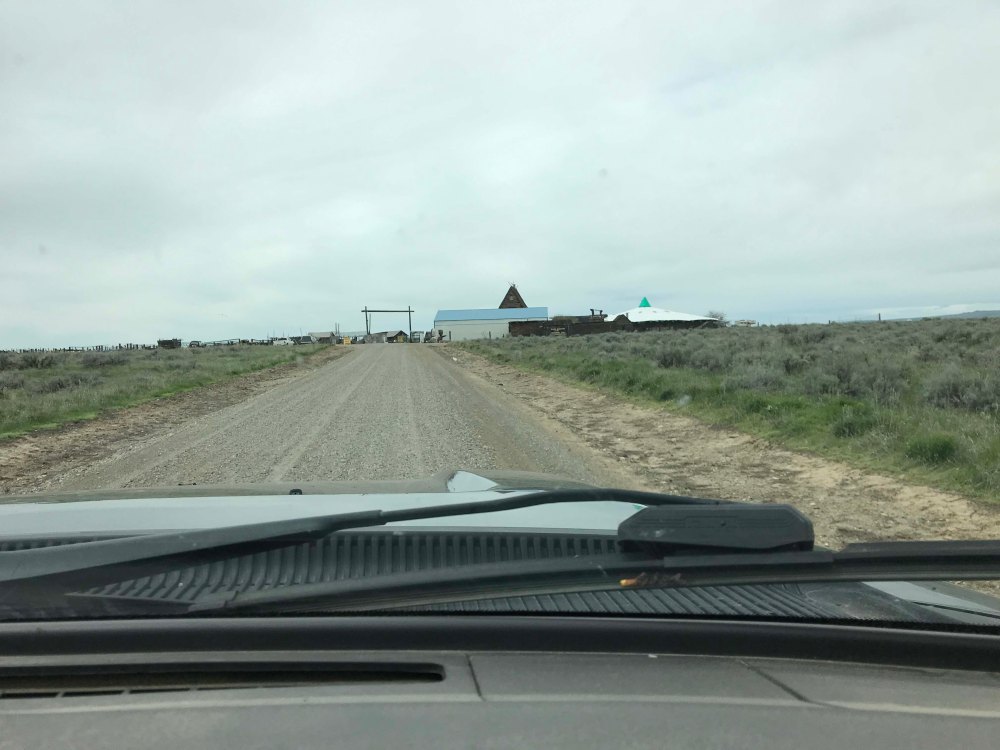 Down the long road. 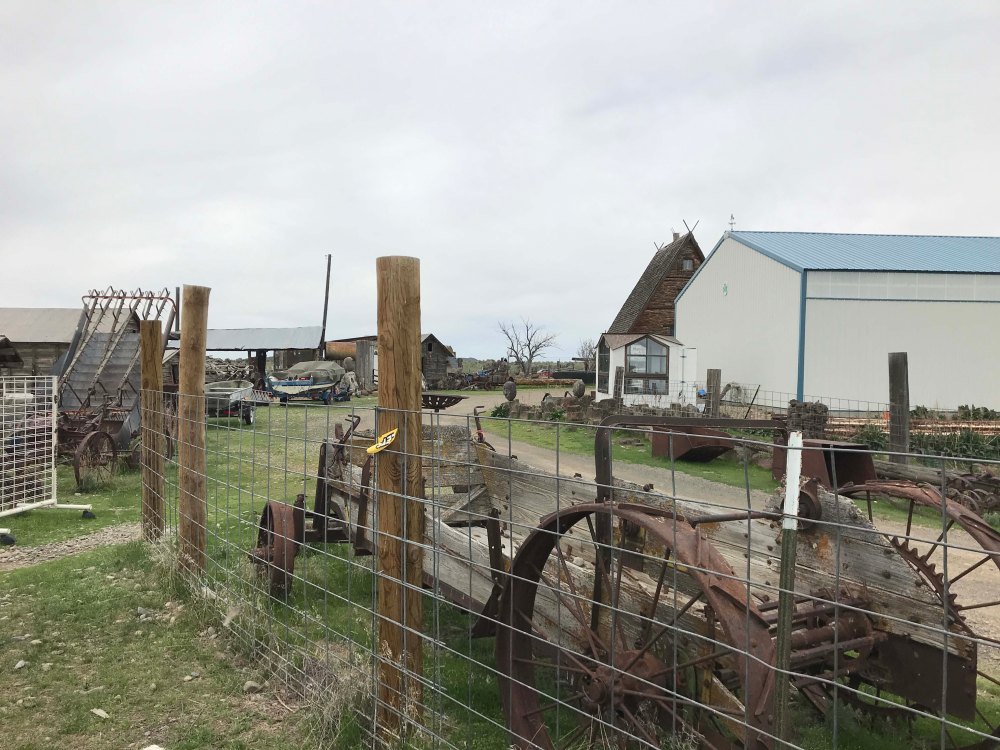 As soon as we got their we saw lots of trash. 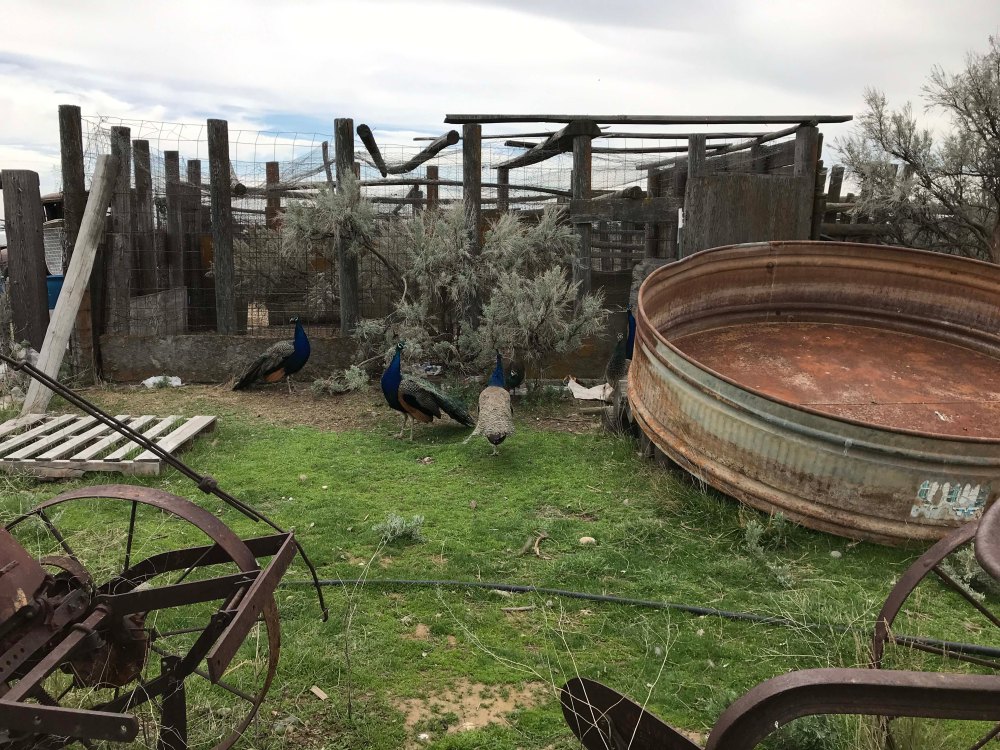 That’s not always a deal breaker, but the myriad of peacocks everywhere were freaking me out. 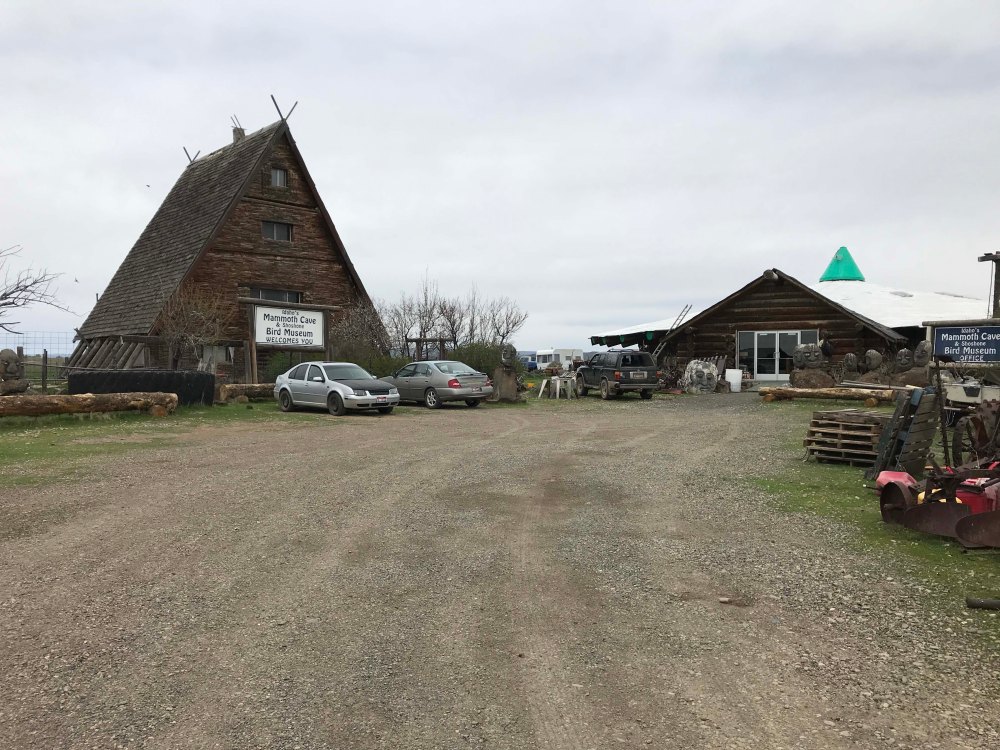 We walked through the gauntlet and saw these two buildings 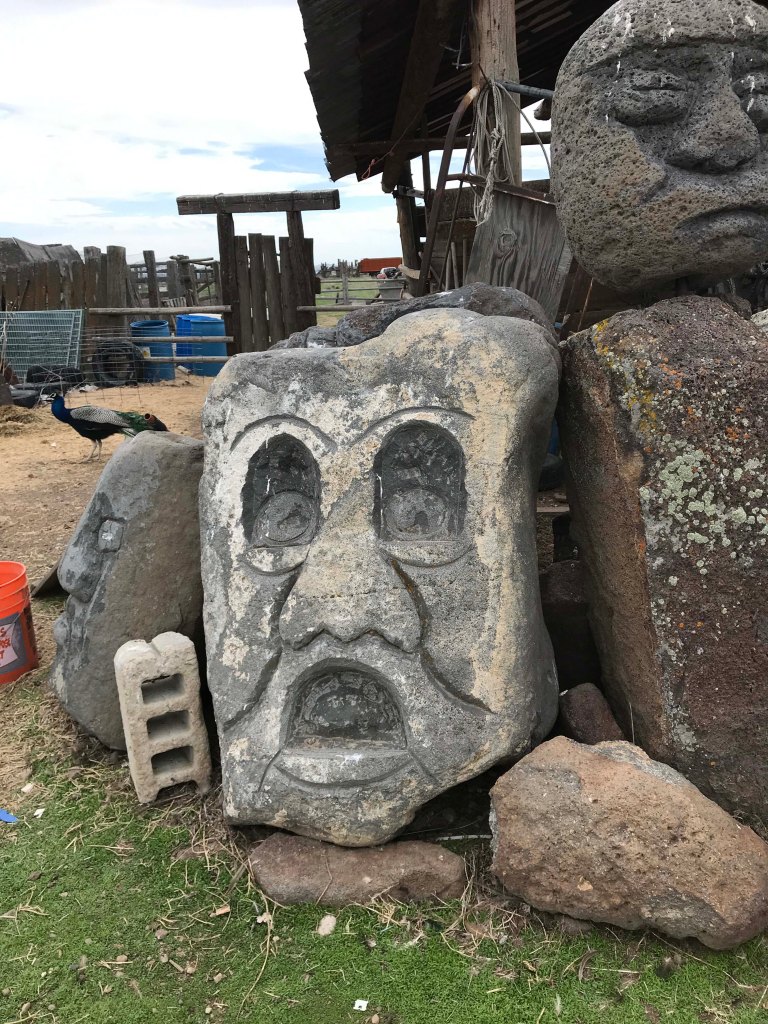 More faces piled around. It occurred to me looking at them no one had any idea where we were, 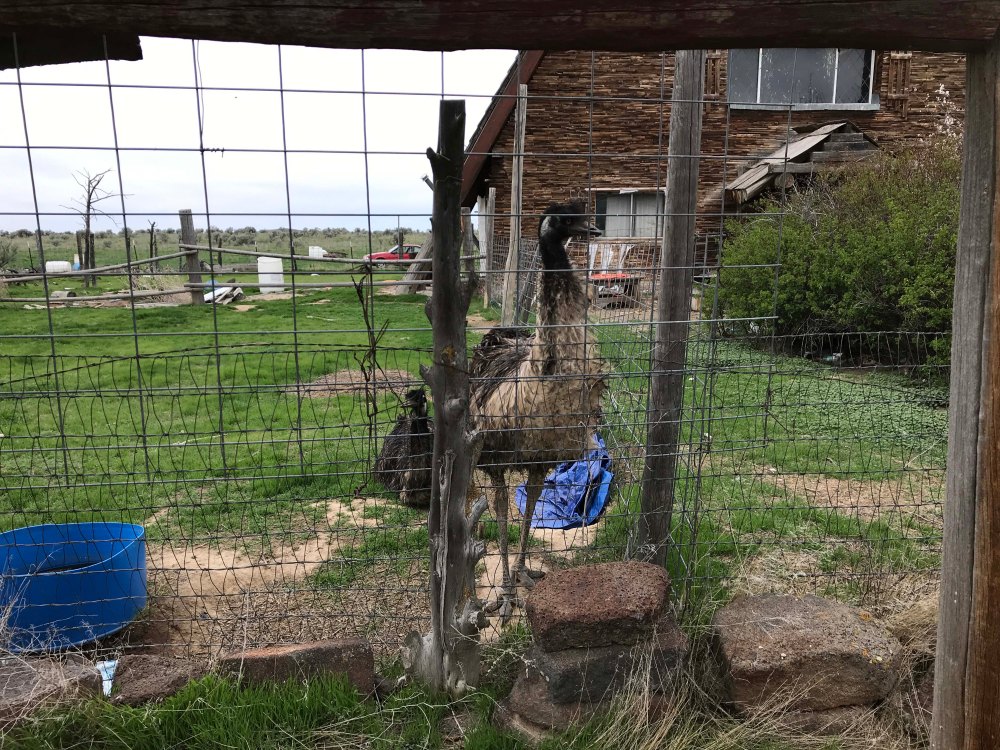 The scrawny emus didn’t make me feel any better

We walked in the building to the right, and past the giant stuffed alligator we saw a young man sitting on a chair watching a soap opera.  He didn’t seem surprised we were there and he told us it was $10 cash each (which we had) and then he handed us these lanterns and pointed to the path.  Lee was super into it and was very excited, but I was totally creeped out. I am not that crazy about caverns to begin with, and once again I thought no one had any idea where we were. 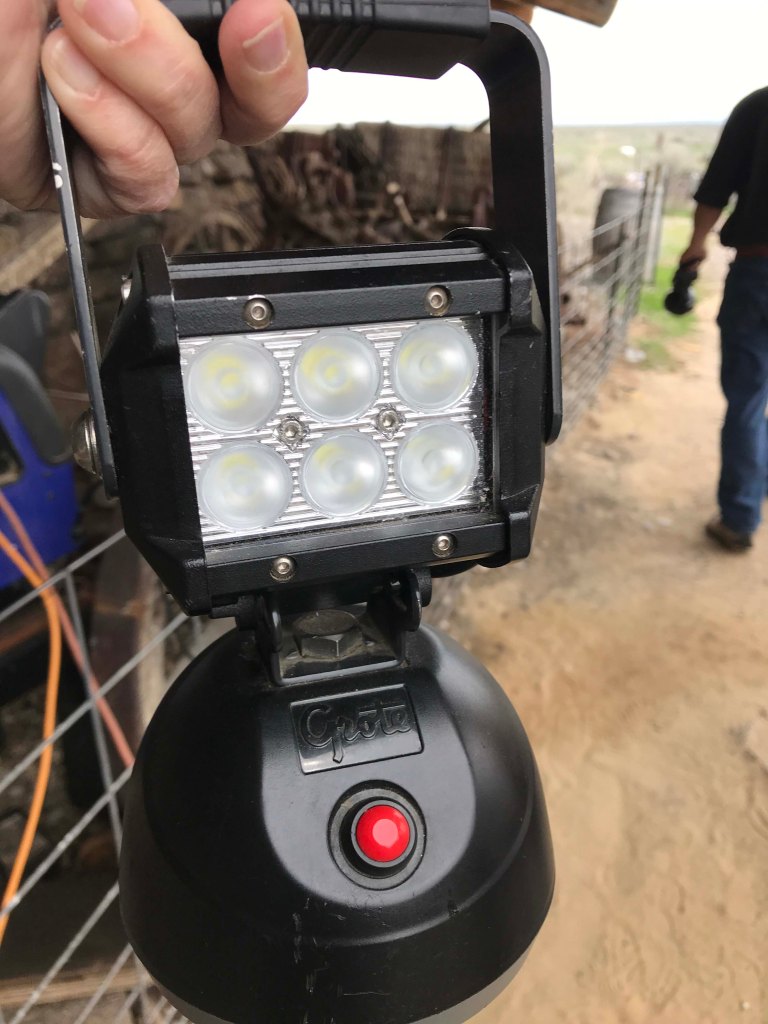 The lantern, which worked very well. 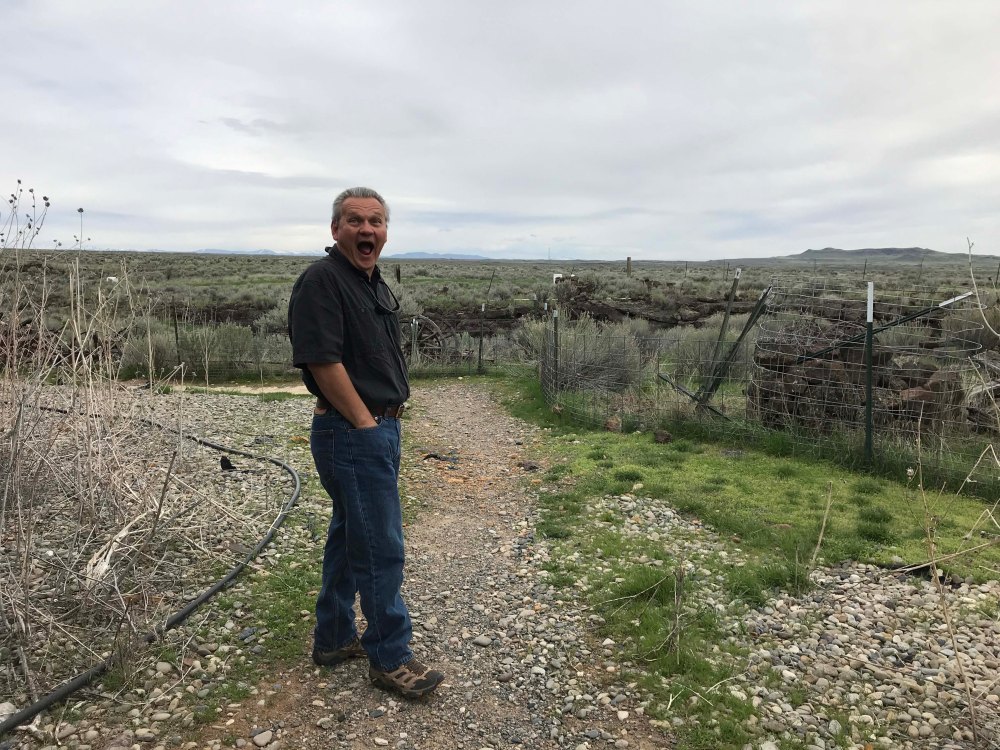 Lee was into it 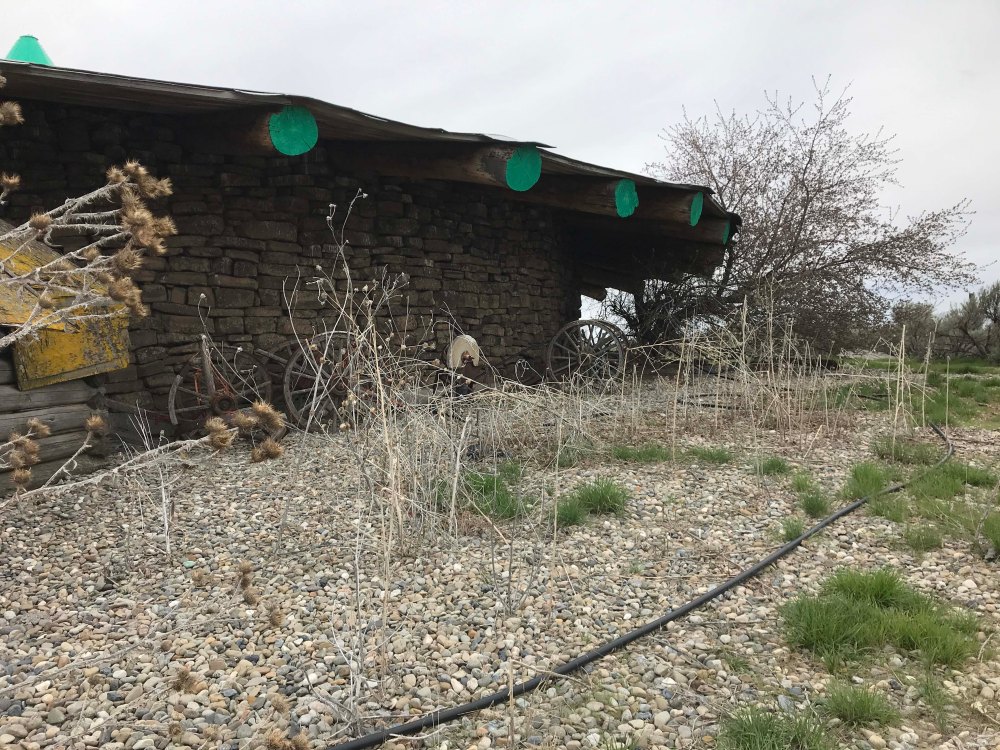 Lee was fascinated by the structures which were extremely well made 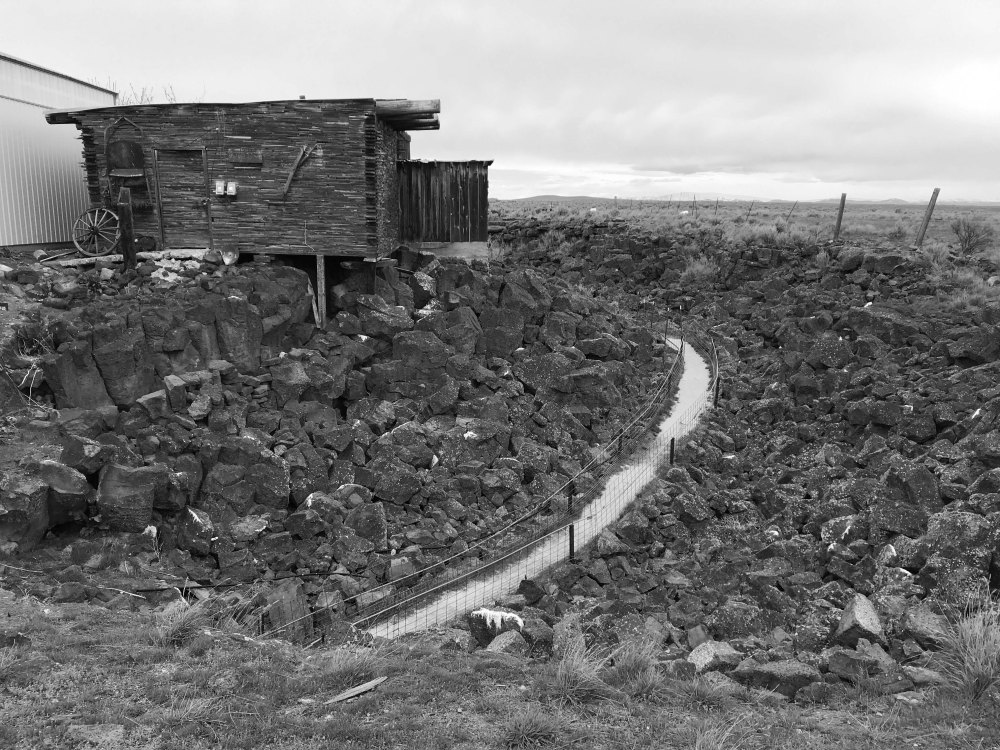 The path to the cave! 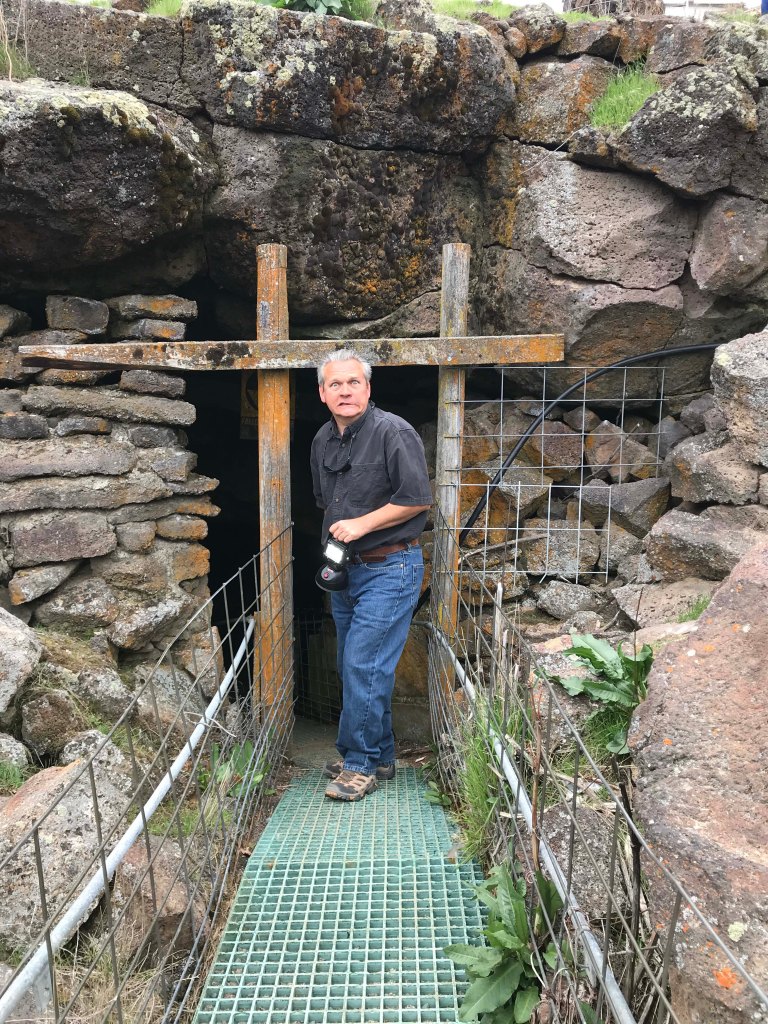 We made it to the entrance and there was a peacock right above it on the right. Given the choice between staying alone with the peacock or staying with Lee I chose to go in. 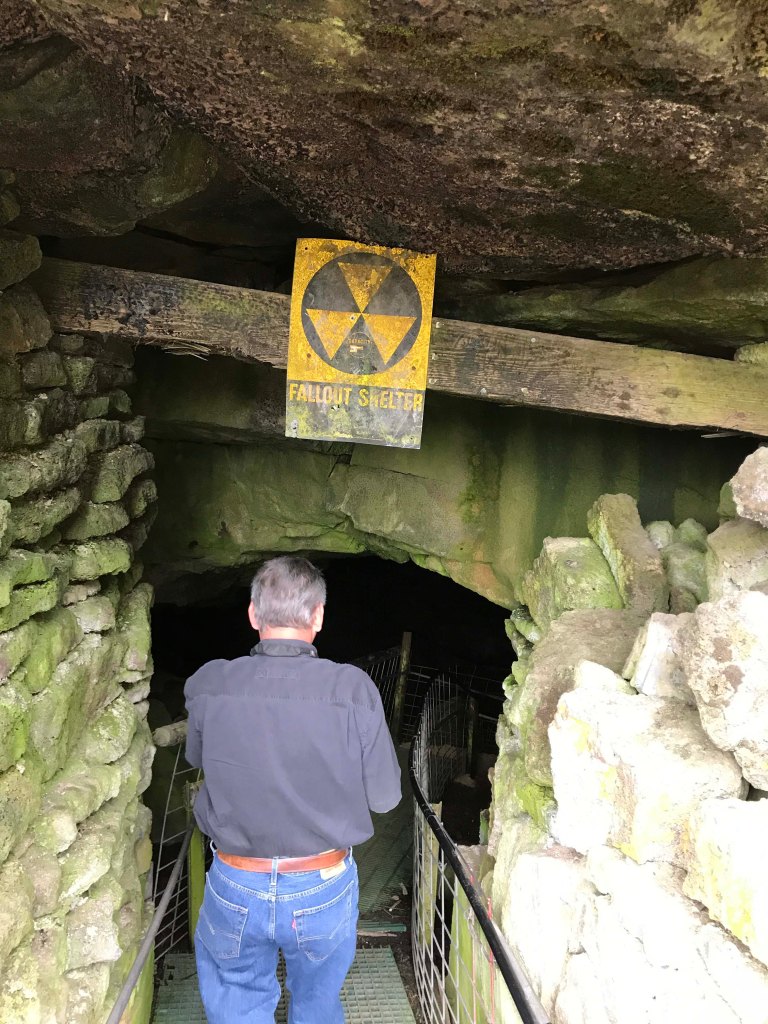 The radioactive sign did NOT make me feel better, but Lee said that it was obviously a shelter at one time 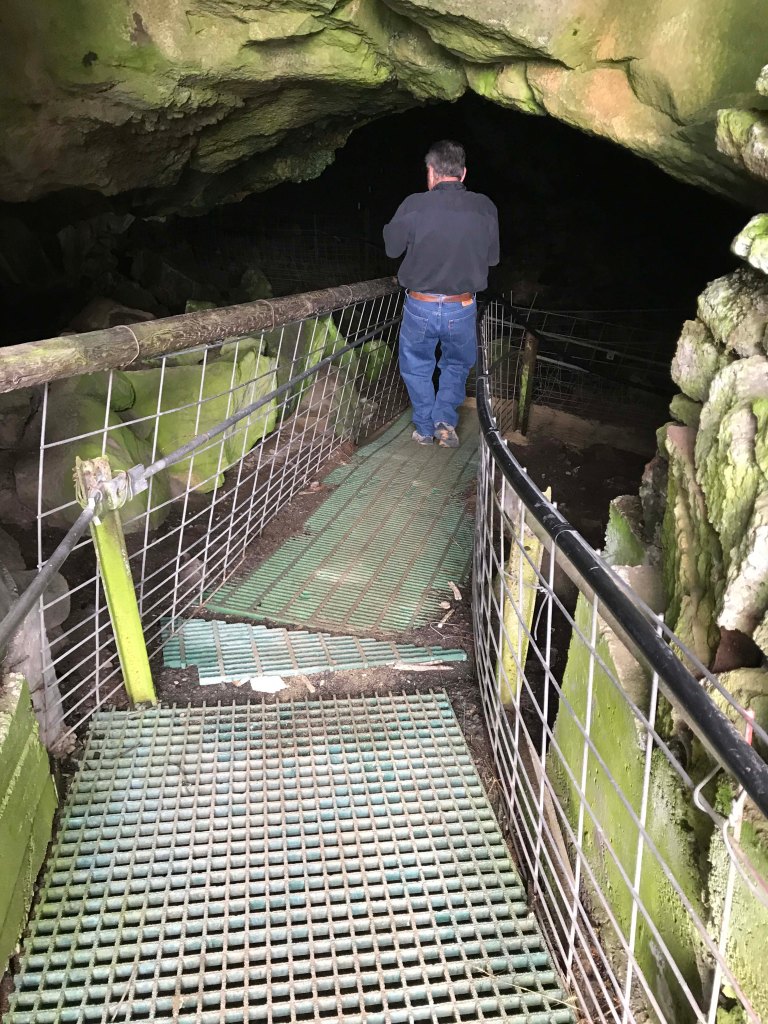 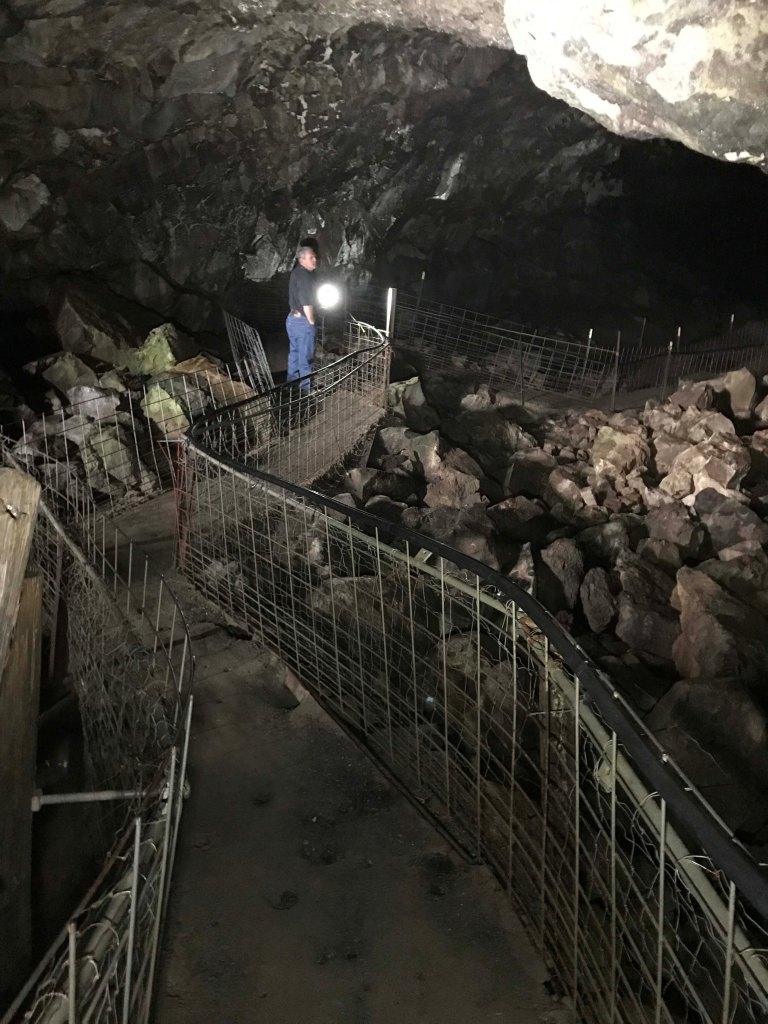 Turns out that many years ago the government used the cave to store items for a nuclear holocaust and even enlarged it and worked on the roads.  It was a weird mix of natural and man made and I’ll be honest I was not a fan.  It also was super long and you had no idea when it was going to end.  A couple of times I almost turned back but once again decided to stay close to Lee. 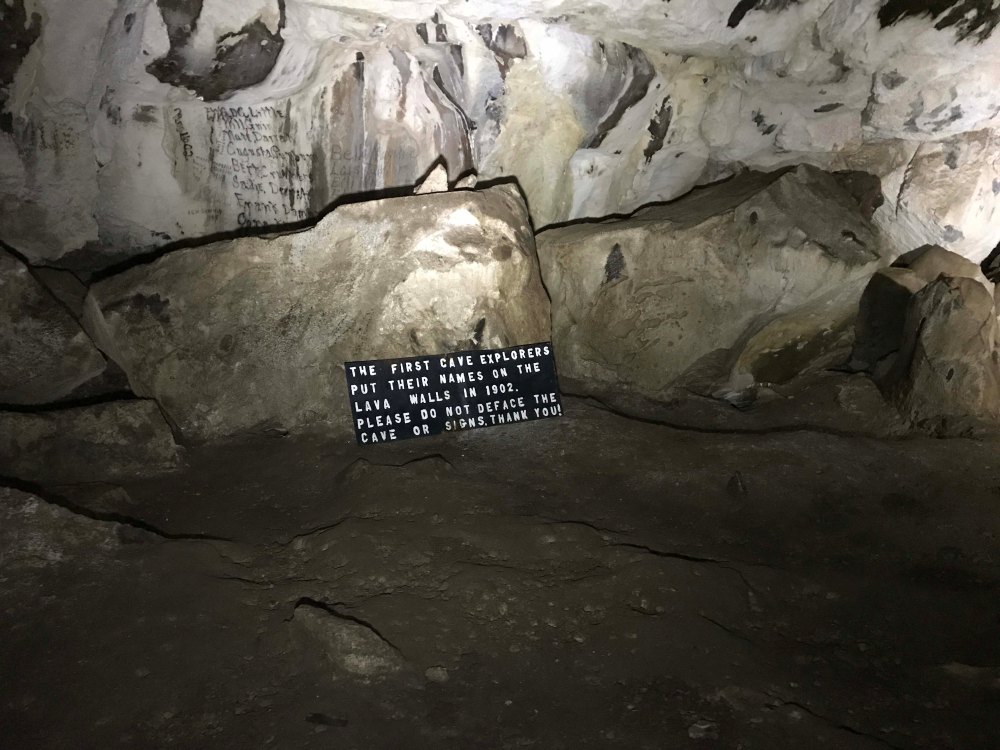 The man made signs were ridiculous 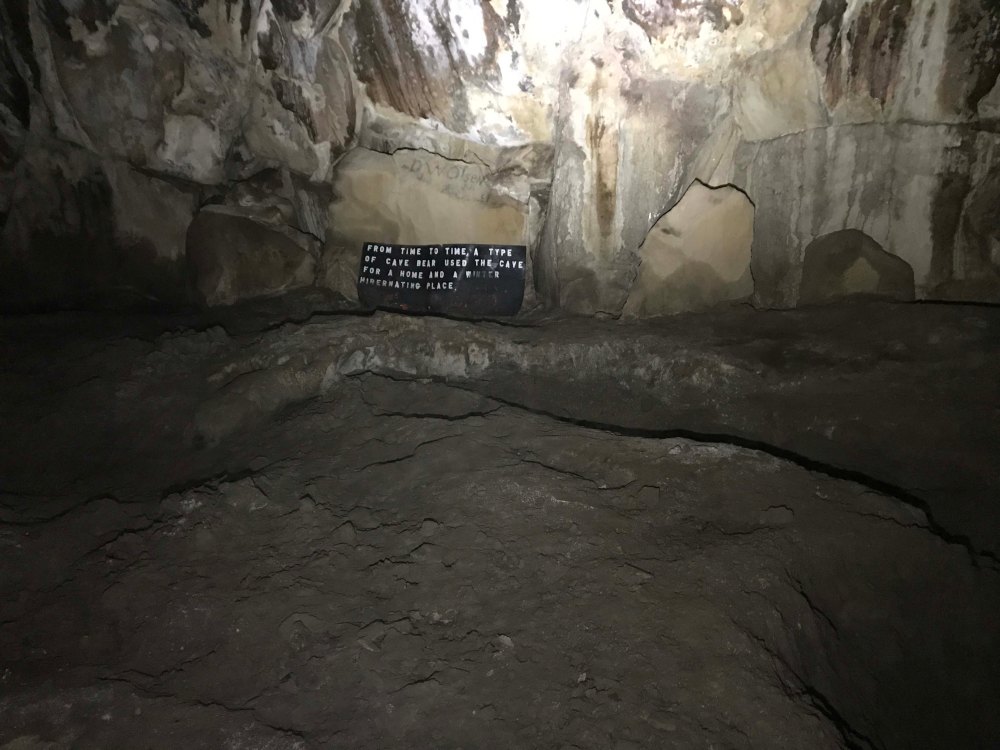 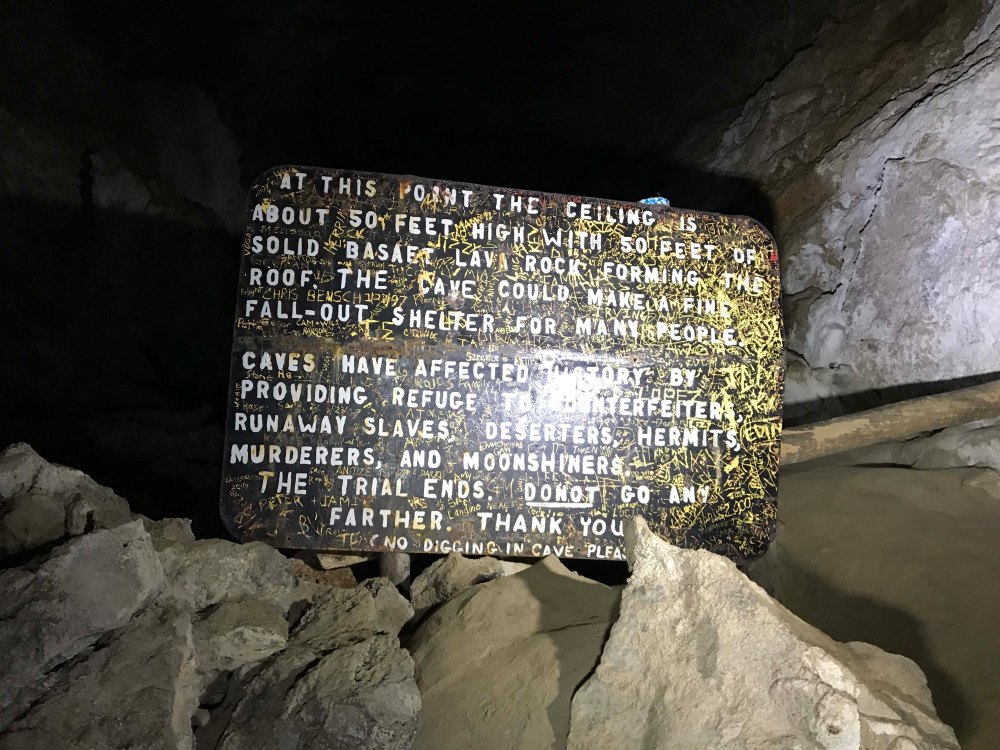 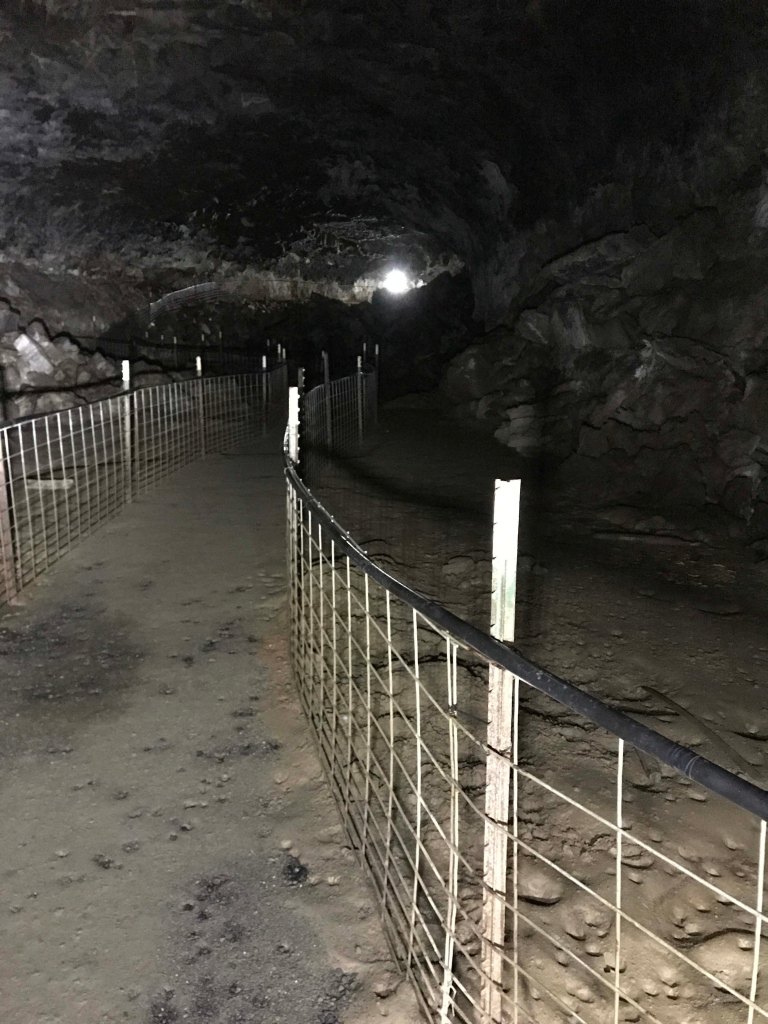 We did see one other couple while we were down there which made me feel better, so we headed back into the bird museum.  This was obviously someone’s very eclectic private collection and the concentric circles of walkway did not help.  There was not real sense of order and the creep factor was super high.  Lee was once again fascinated but I made a quick circuit and went back to the car. 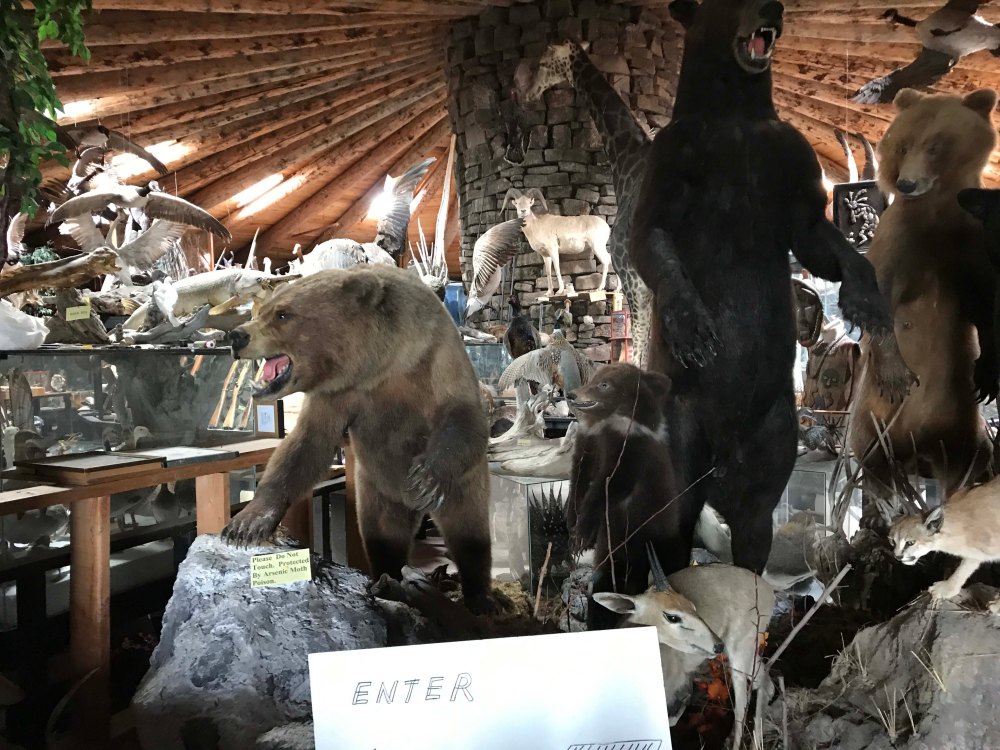 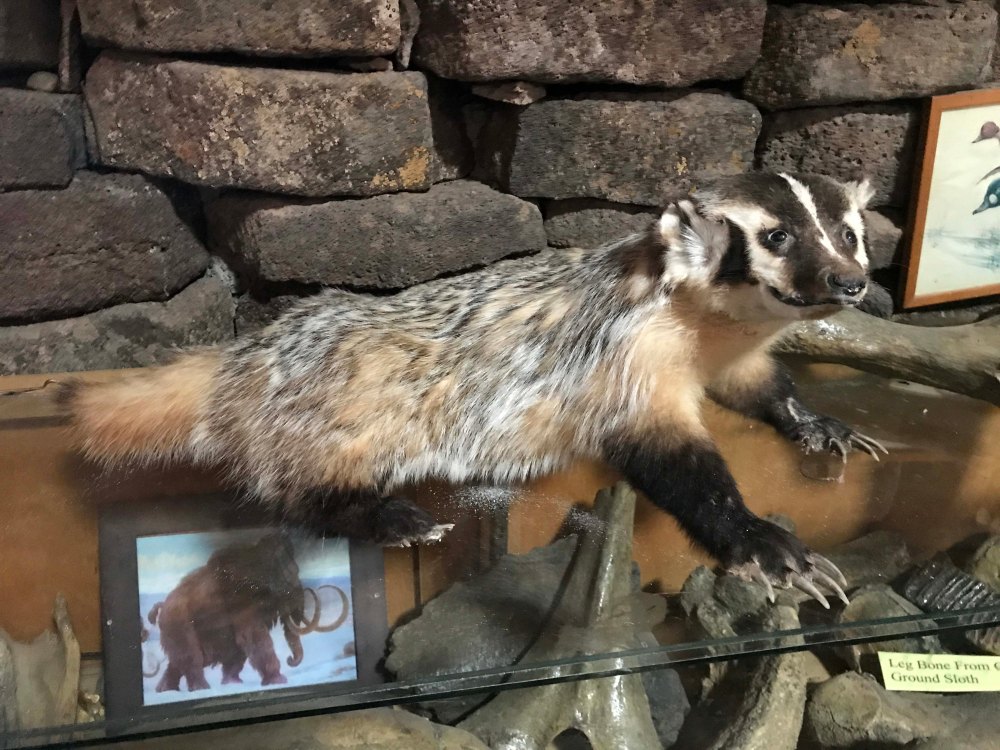 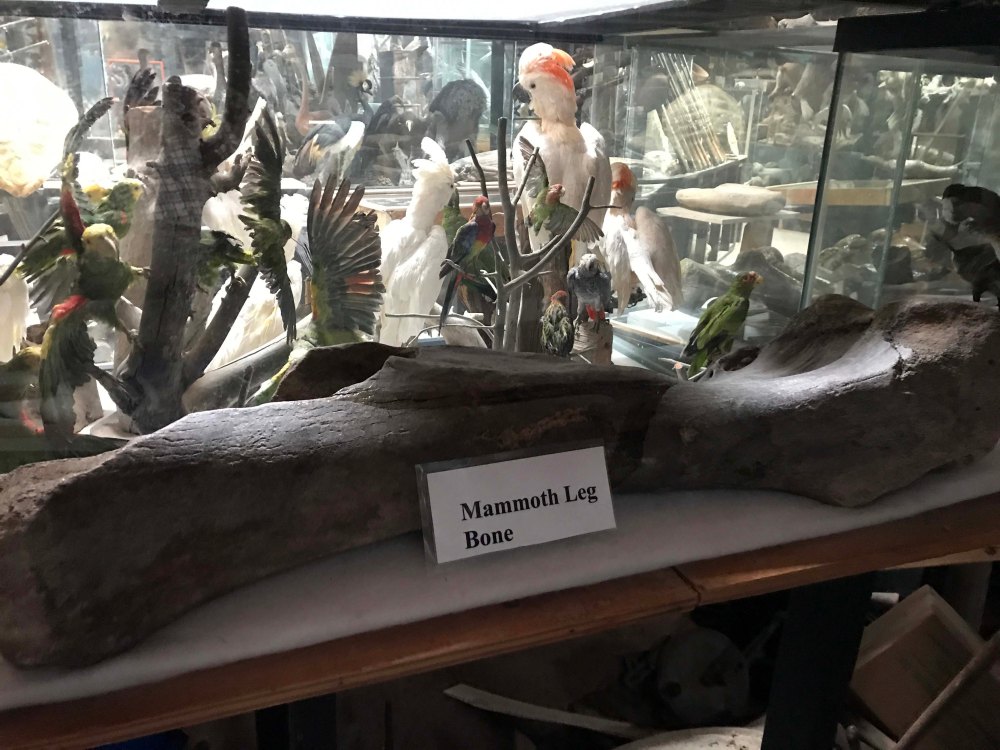 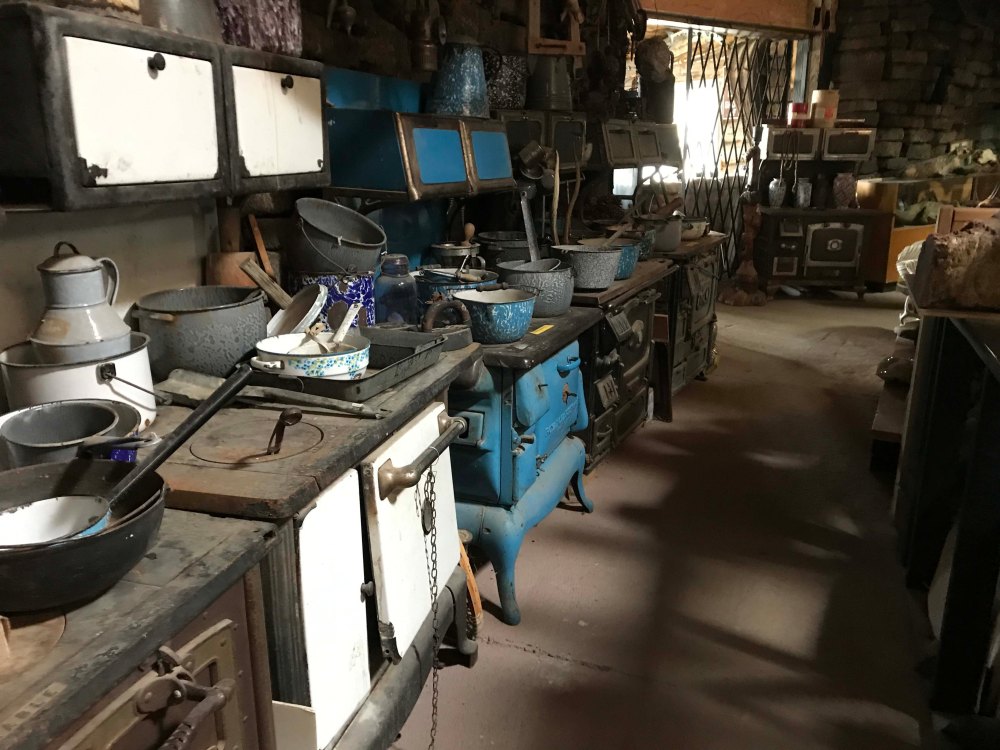 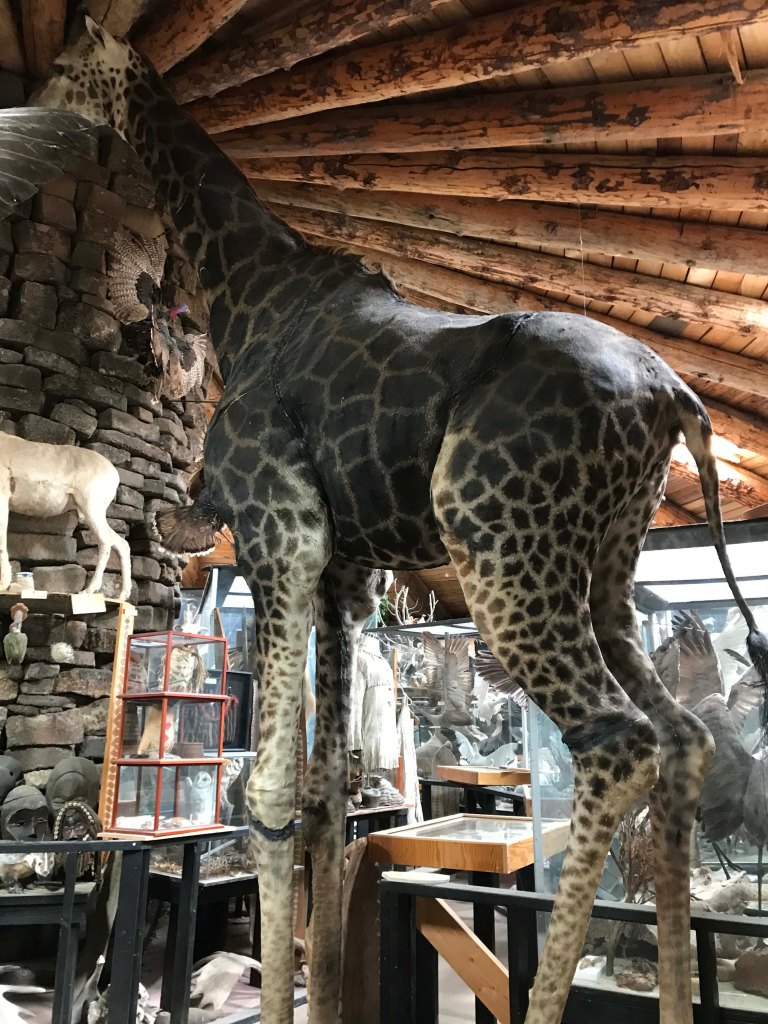 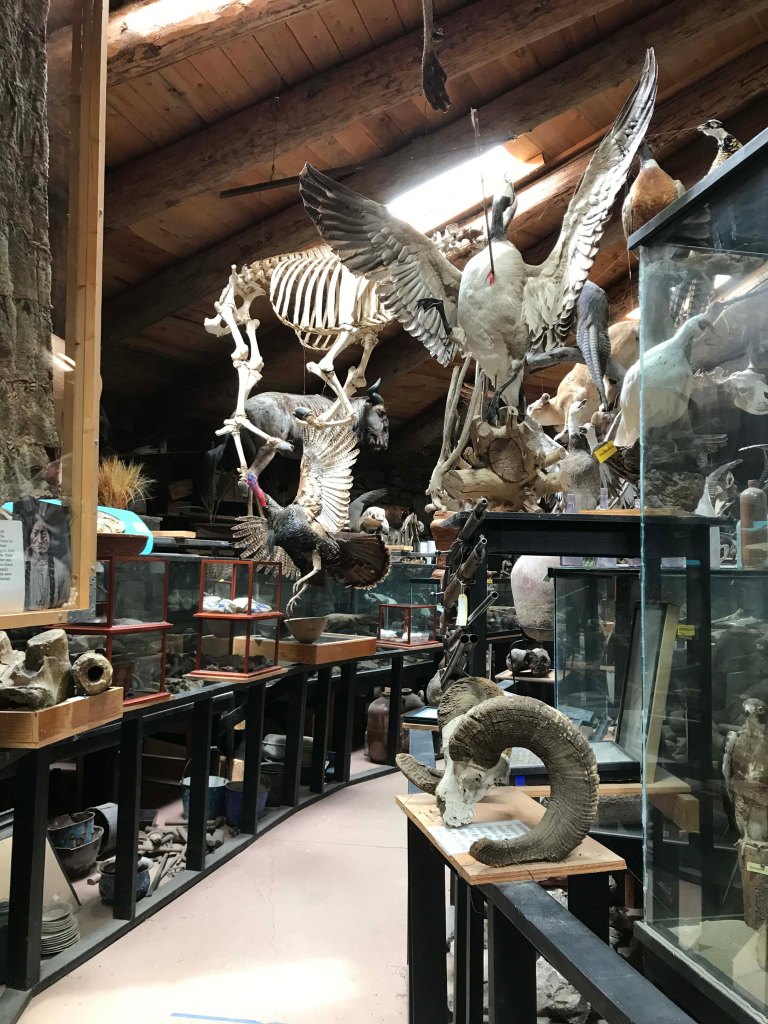 Just in case you think I am exaggerating, let me show you the bathroom..which I had to use. This is not a joke. 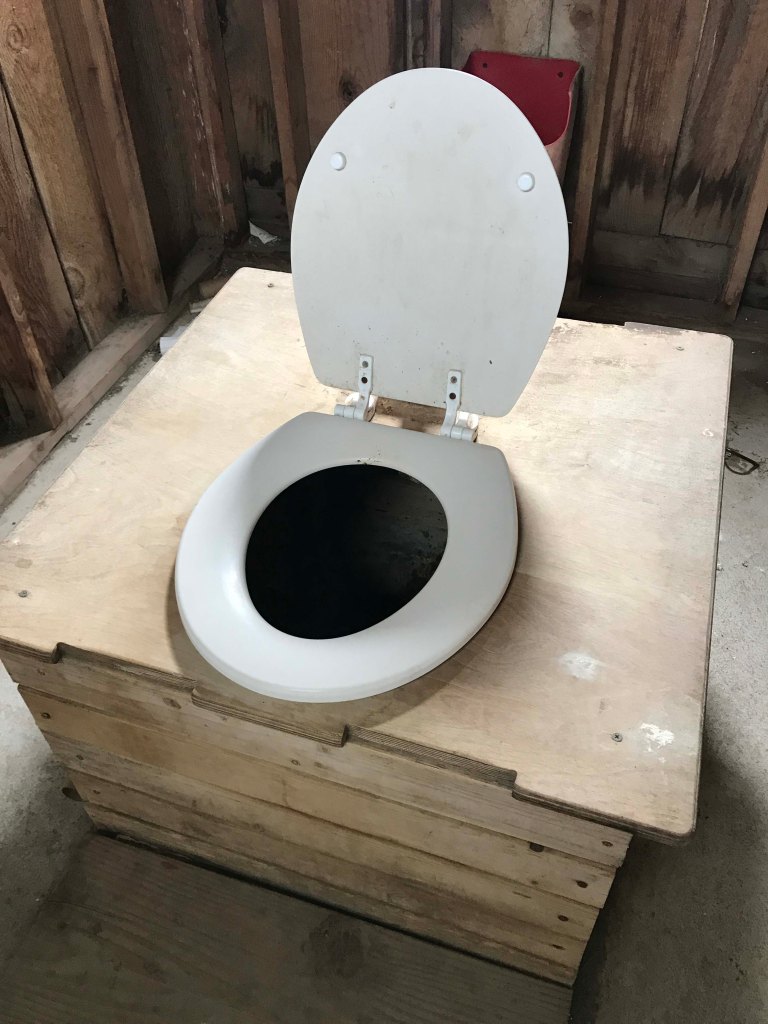 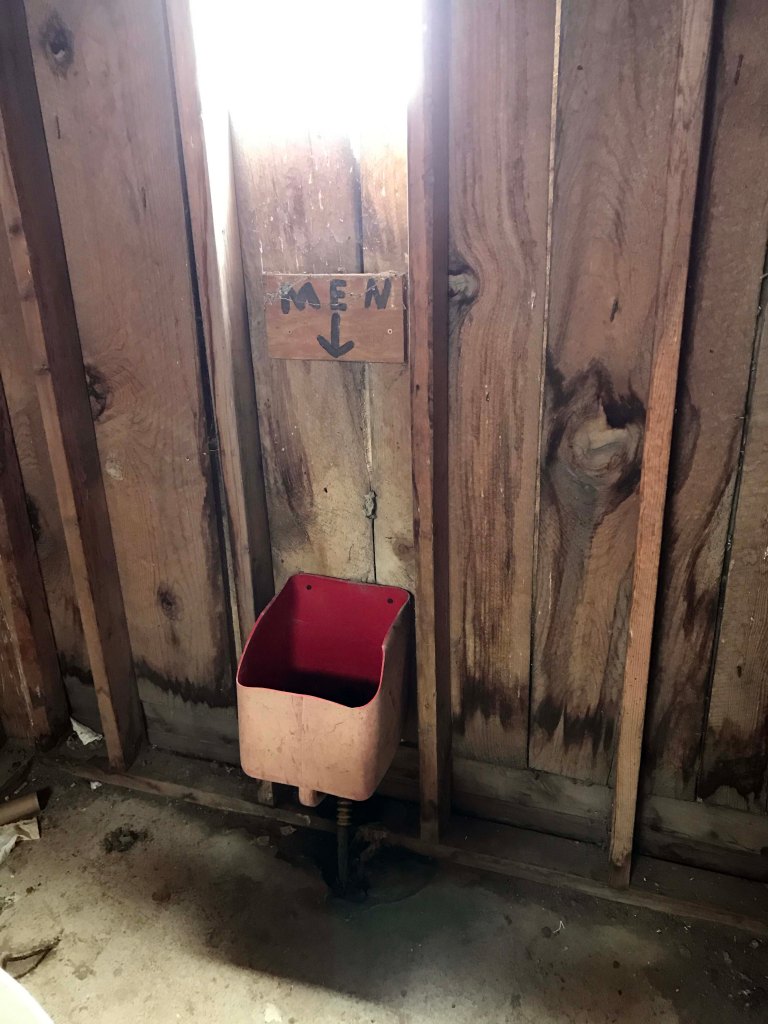 Also when I got back to the truck and took Jack out for a walk, all of the sudden there were tons of Peacocks.  We were surrounded on three sides by the damn things and for a moment I thought I would need to scoop Jack up and run to the truck. 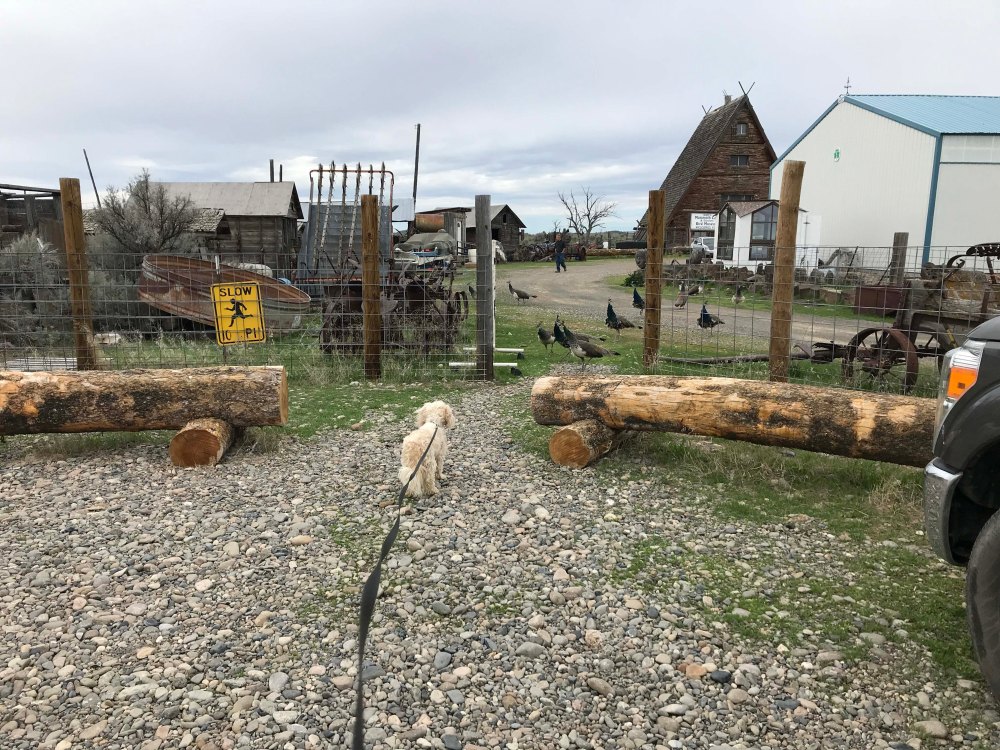 Lee thought it was quirky and fun, but I felt like I took my life into my own hands.  I totally wouldn’t recommend it, but I know some of you are going to put it on your must see list…but don’t say I didn’t warn you 🙂