It’s worth mentioning that while Lee was seeing Washington D.C., most days I was at the Goose Bay Marina in southern Maryland.  Although I was very grateful that we found a place to stay in Maryland, I have to say I was not a huge fan of this campground.  Even though it was on the water, it was mostly very long term seasonal sites (almost all had a deck or a shed or enclosed gazebo or some kind of an outbuilding) and there were only 8 spaces crammed together for “transients” near the back.  The cell coverage was not that great, and there also wasn’t  a good place to walk the dog.  There was a nice field where they stored boats behind us, but it became super swampy when it rained and boy did it rain a lot while we were there.

Our spot, we were lucky most of the two weeks no one was beside us

Some of the seasonal sites were really nice

Walking Jack was challenging because there was lots of trash, food, and fish parts on the ground. On three separate occasions he found chicken legs someone had just thrown on the ground and few things eat as fast as a pupper who finds something to eat on a walk! Crunch. Gulp. Gone. 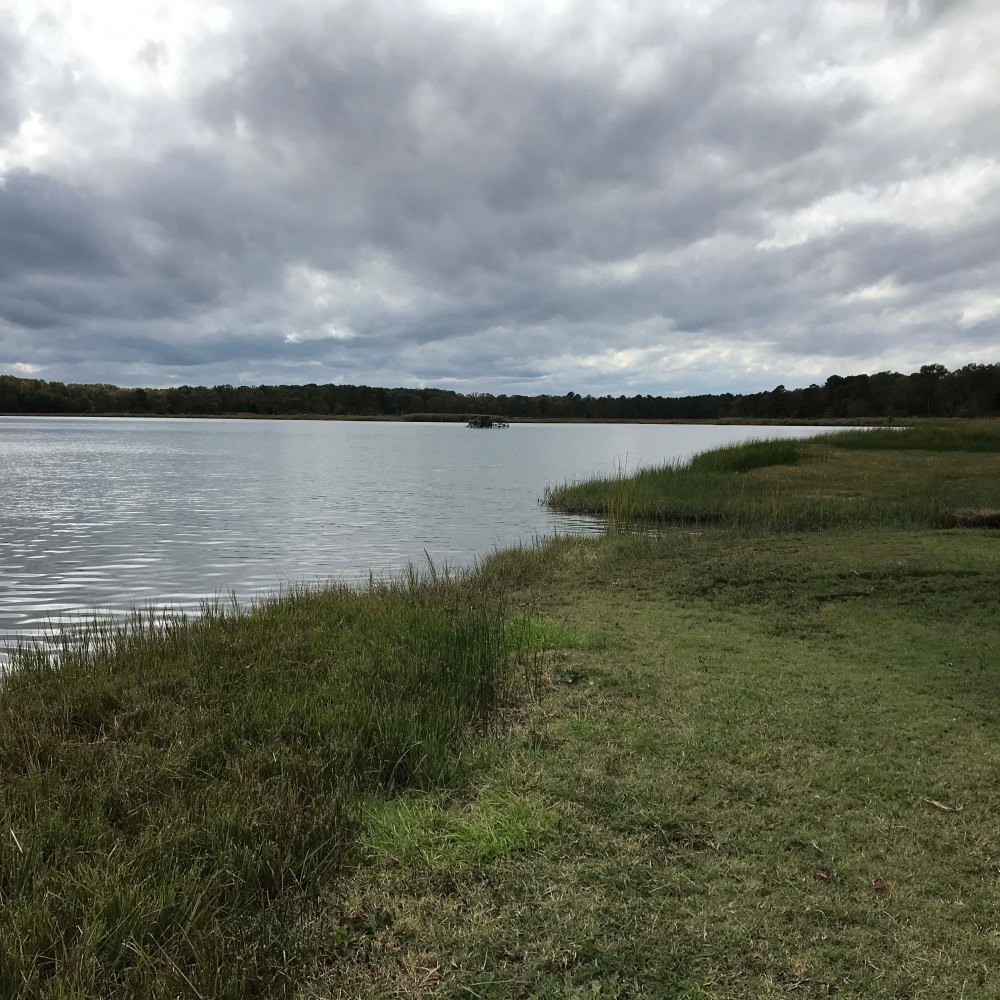 The marina views were nice

And we did have a couple gorgeous sunsets

What was cool about the area is we were surrounded by history. Down the street was the home of one of the signers of the Declaration of Independence and almost everywhere we went there were historic signs. Unfortunately it wasn’t really close to anything so I spent most of my time at home while Lee went to D.C.  Don’t get me wrong I didn’t begrudge him those trips but I just didn’t care for the campground and by the end of our stay was more than ready to leave.

Port Tobacco was nearby that is an historic town

Lots of local seafood restaurants but their hours were so sporadic we never got to try any of them.

The cemetery was amazing 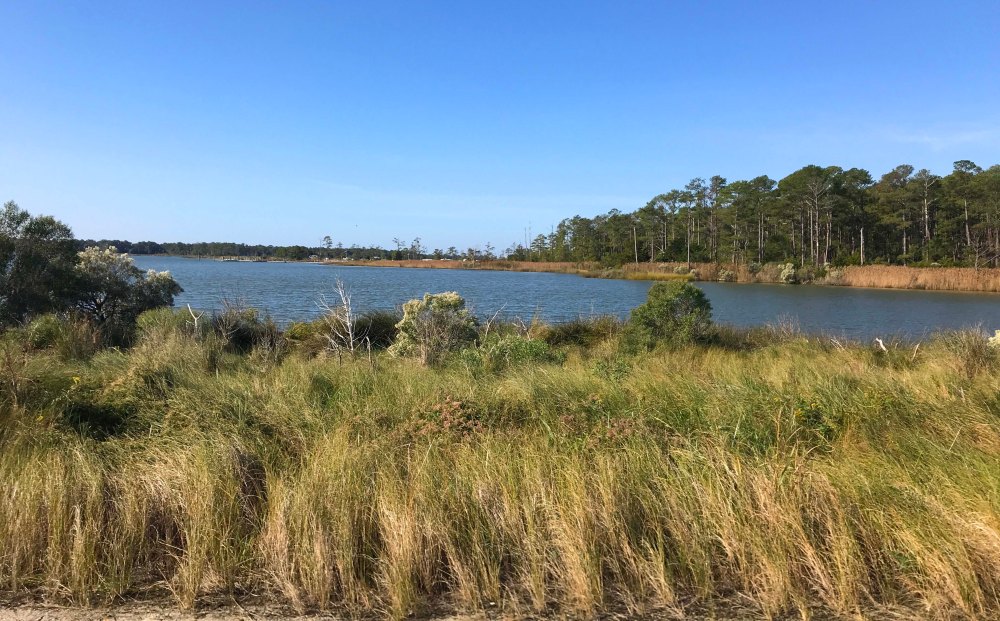 With great views of the river

The Mudd family (the doctor who treated John Wilkes Booth) was from here and although Dr. Mudd wasn’t buried here his relatives were

The best part of the whole two weeks in the campground (aside from the proximity to D.C.) was the Halloween celebration.  We are rarely in a place with small kids on Halloween, but there were tons of them in this campground.  In order to stay safe I put the candy out and then stood pretty far away so I could see the costumes. Southern Maryland is not that into mask wearing and I actually saw one kid with a mask on his costume get hassled for wearing it by other kids. 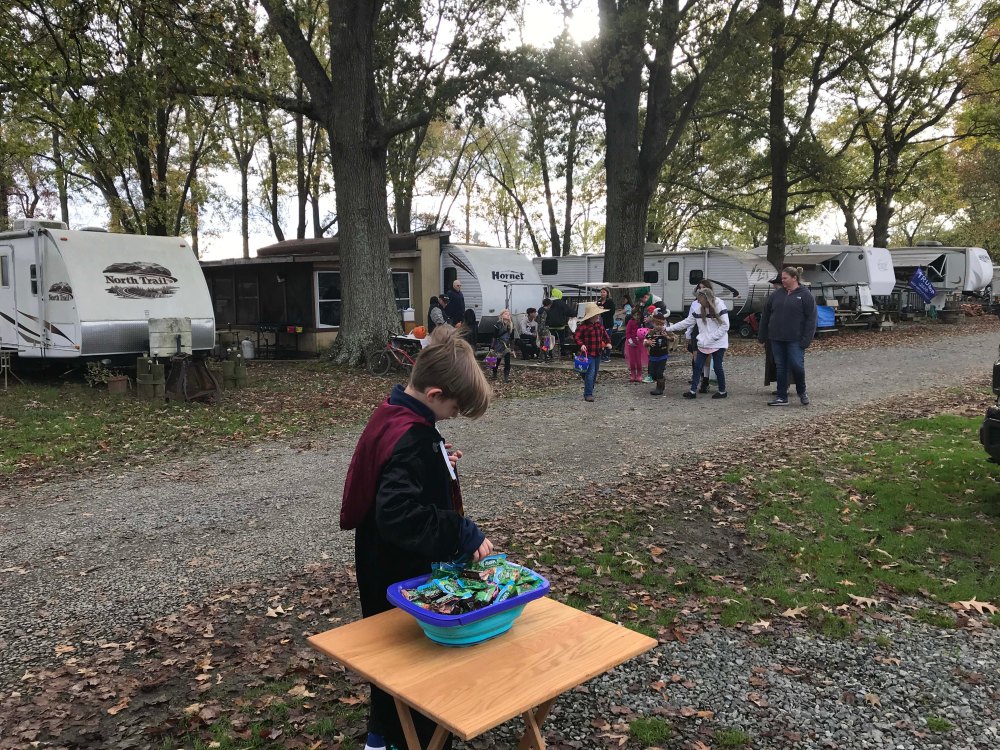 The costumes were great.

One of the last things we did before leaving was to visit Oldtown Alexandria.  Lee has a friend Julie who lives in Alexandria, and she and her husband Pruitt met us there.  We were really worried about finding a parking space that would fit the truck but after doing some research Julie recommended a street lot and we were early enough that it had a spot that we could fit in. Barely.

Totally inside the line.

…and no rubber touching the curb. Judges say 10.0!

We have visited many historic towns in our travels and I find that they are either welcoming or not depending on the locals.  This area was super welcoming and we really enjoyed exploring and our lunch. 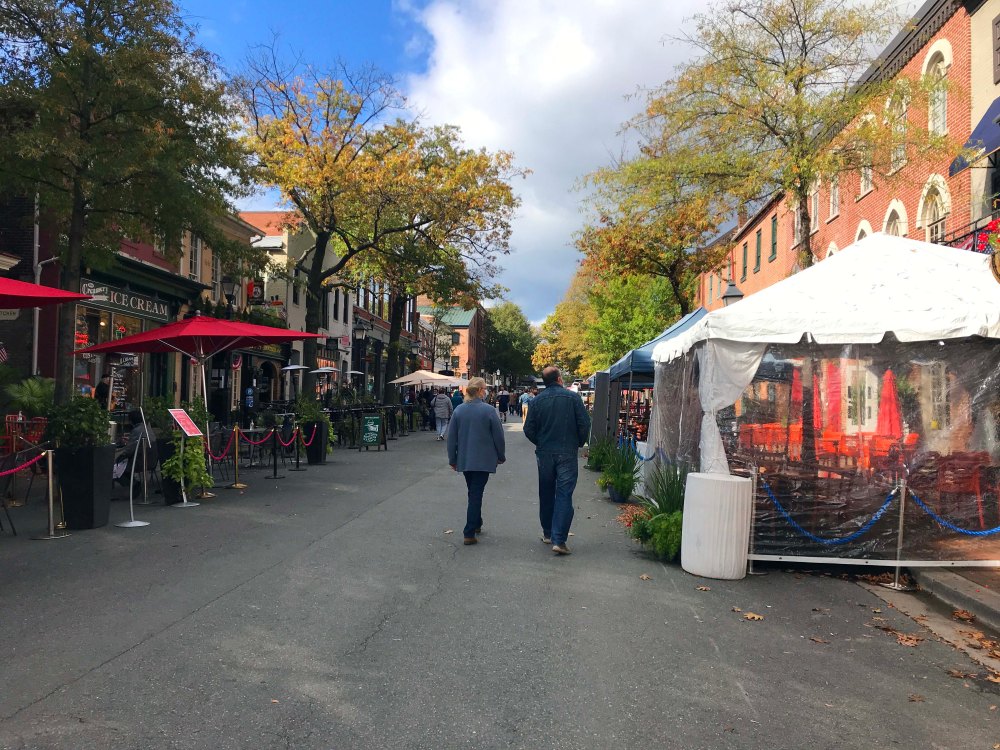 They close the main street on the weekend

The shops were great and very dog friendly. We didn’t take Jack but we certainly could have. 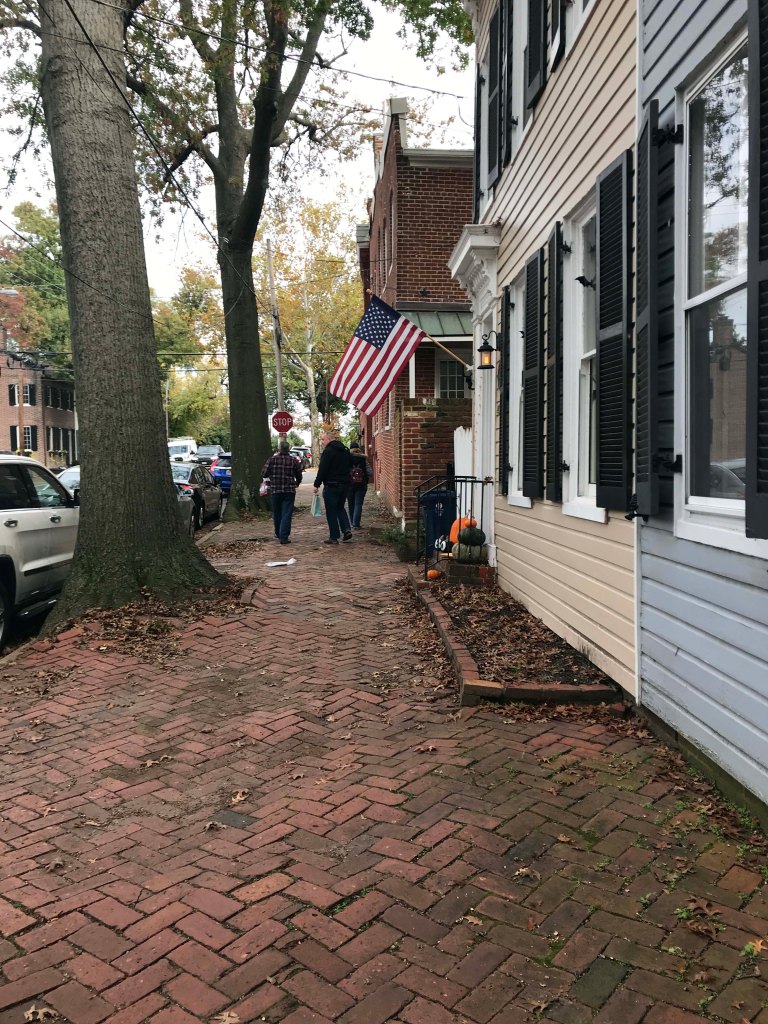 My favorite part was the street performers. This gentleman has been performing here for 20 years. He told us he played clarinet in the Navy band. 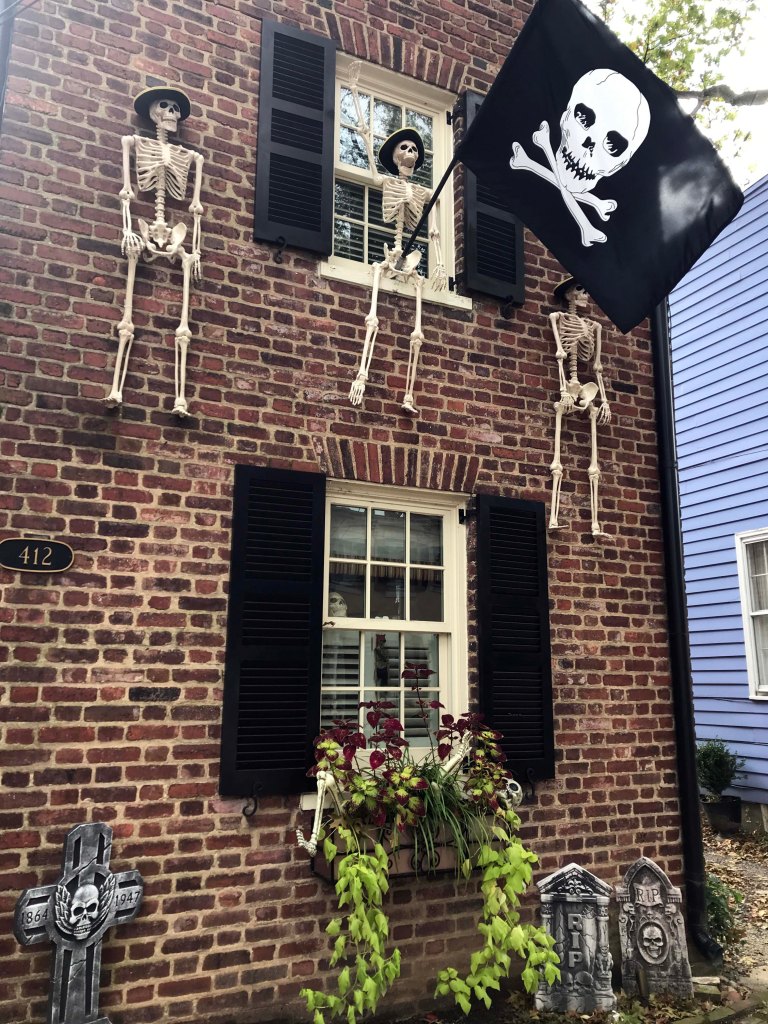 The Halloween decorations were great 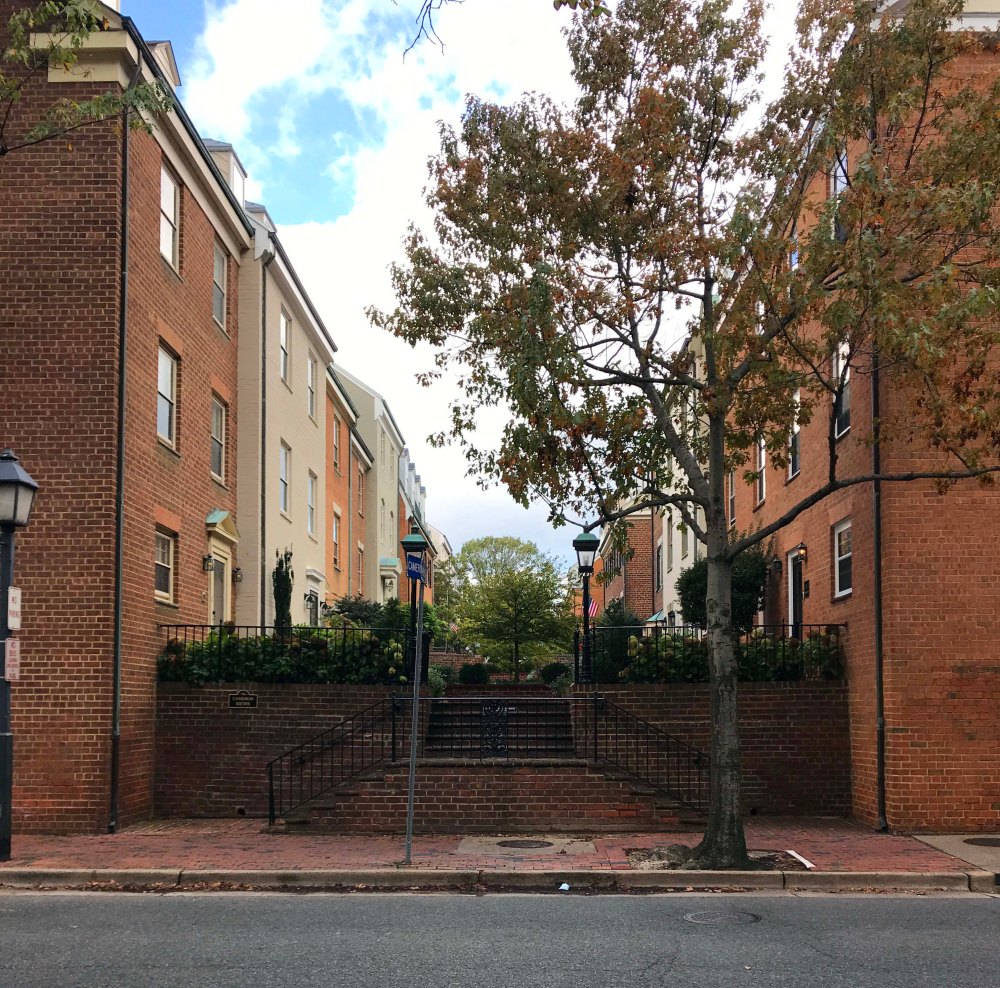 I wouldn’t want to live this closely packed with others but I did like the small courtyards. 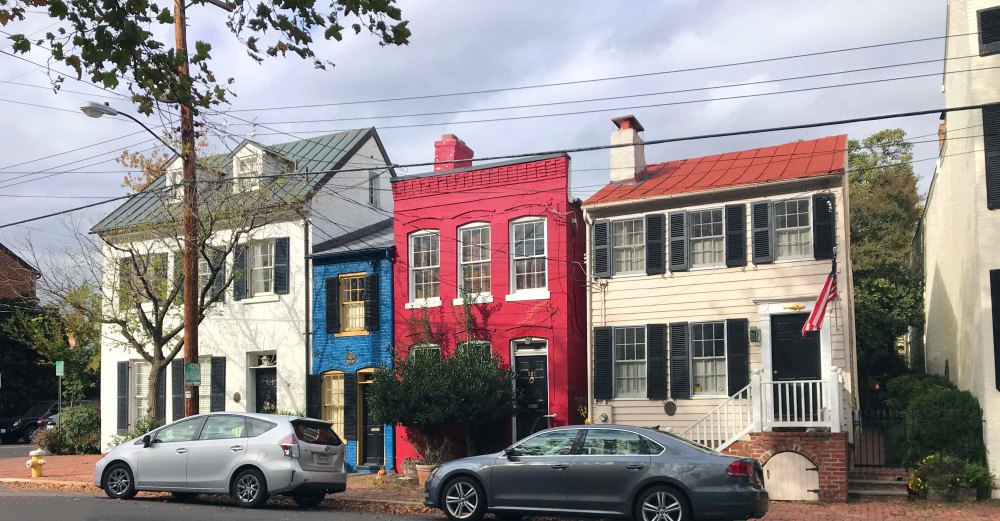 Check out the tiny blue house. When these were subdivided occasionally there are really small ones.

From left: Julie, Pruitt, me and Lee

We certainly got our money’s worth out of Maryland, but I was excited to move on.  Next up we stay in New Jersey, because that was the only campsite we could find near Delaware.