This is Lee again, continuing my visit to the Smithsonian American Art Museum from the last post.

Picking up right where I left off… 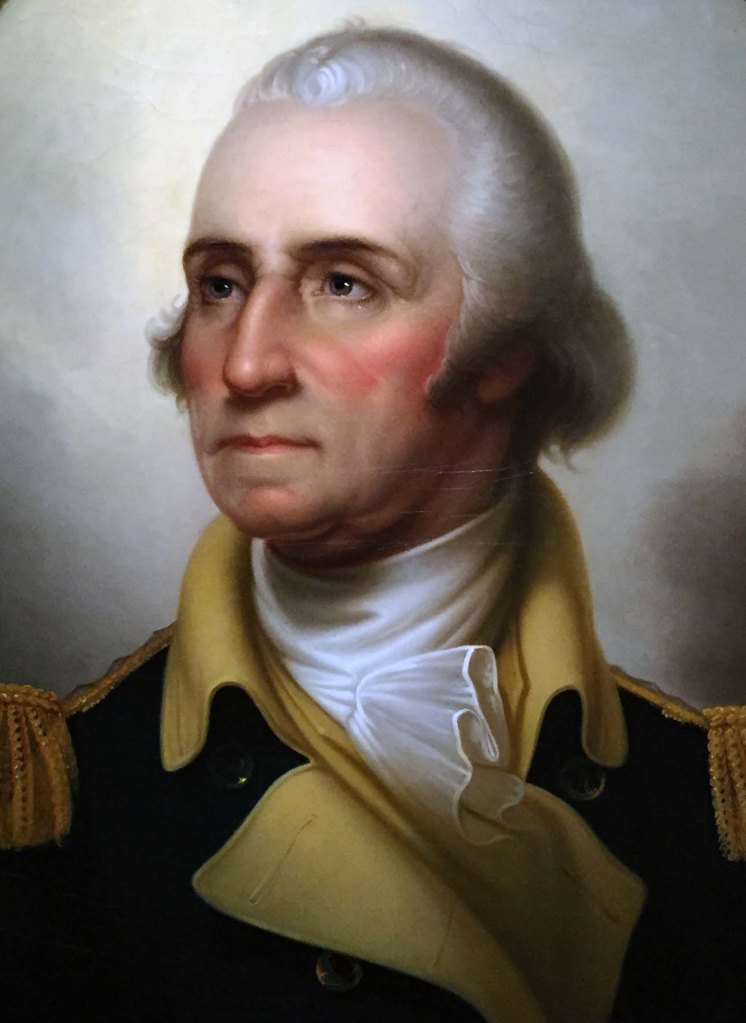 This is my favorite photograph of Roosevelt. The photo most people associate with him is the one taken in a convertible, cigarette holder clenched between smiling teeth. It’s jaunty, and upbeat and friendly. I’ve included it below. But I always think of him as the ultimate badass. One of history’s most powerful and effective people. A real life superhero.  Love this.  that is the face of determination. – Trace 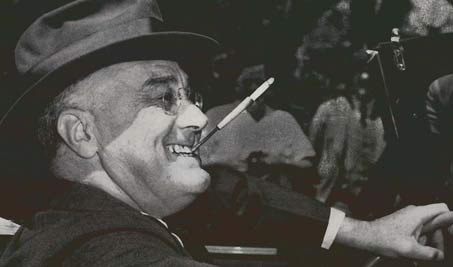 While we’re on the subject of heroes…. 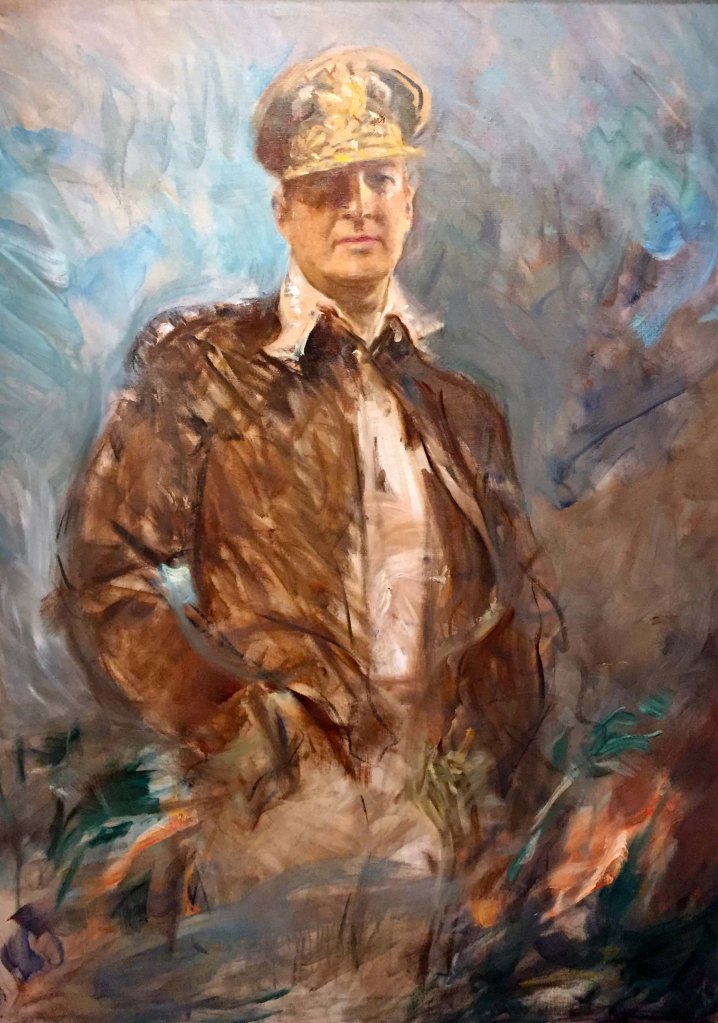 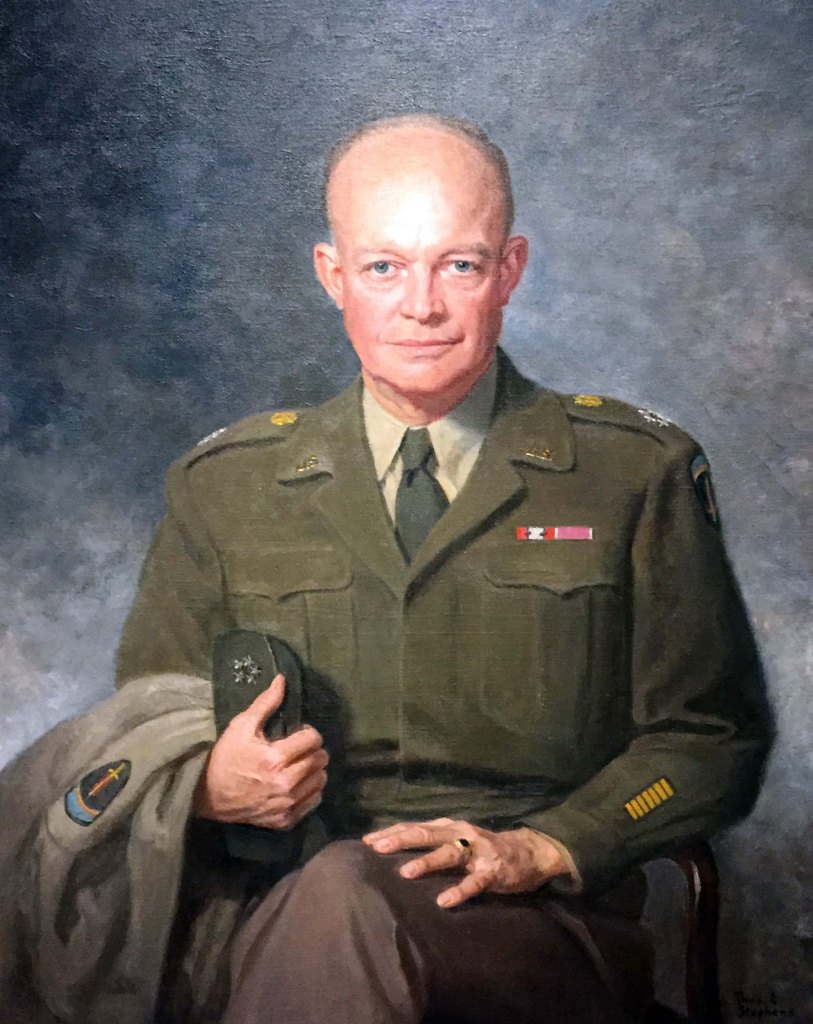 I am, and always have been, fascinated by this man. This is J. Robert Oppenheimer, who oversaw the research and design of the atomic bomb for the Manhattan Project. His team at Los Alomos is the one that tested the first nucelar weapon on July 16, 1945, and later he remarked the event brought to his mind a quote from the Bhagavad Gita; “I am become Death, destroyer of worlds”. Just a few weeks later the United States dropped atomic bombs over Hiroshima and Nagasaki.

The first bomb killed 100,000 people instantly. Mostly civilians. After the war ended, Oppenheimer became chairman of the influential General Advisory Committee of the Atomic Energy Commission. He lobbied aggressively and tirelessly against the further use of nuclear weapons. I cannot even imagine what it must have been to live the rest of his life trying to undo, or make up for, what he did. He suffered from depression, and things did not go well for him in the ten years after the war ended. Over time his efforts raised the ire of defense professionals, and eventually in the 1950s he was discredited and essentially kicked out of influential politics and policy making. He spent the rest of his life trying to continue his work to protect humanity, and eventually died of complications of throat cancer in 1967 at age 62. Personally I think he was a madman. 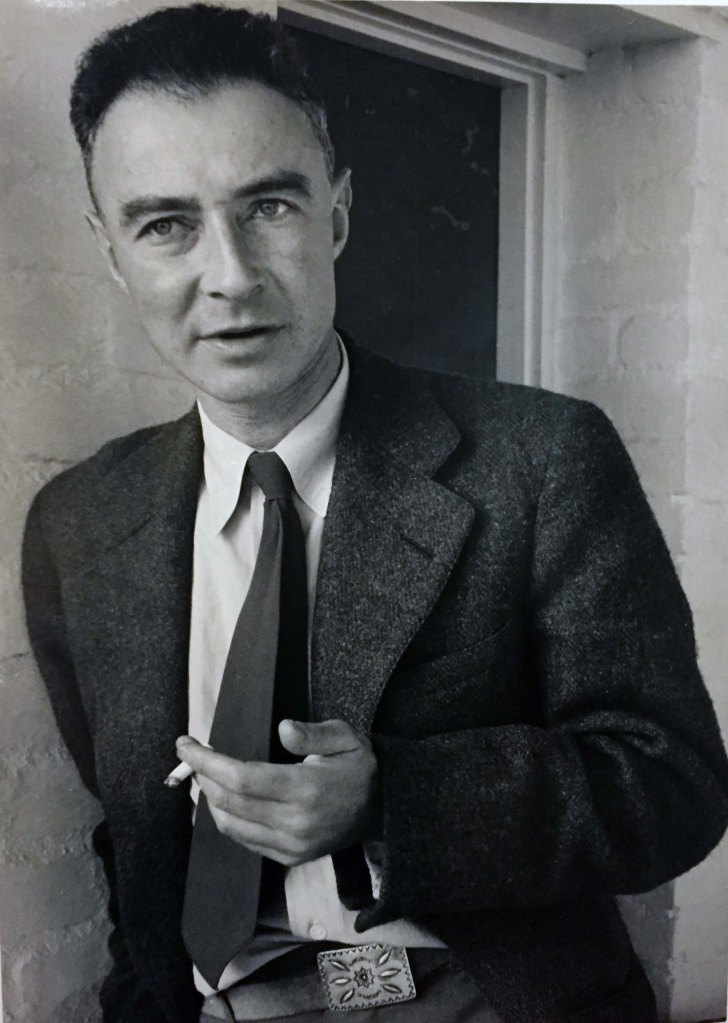 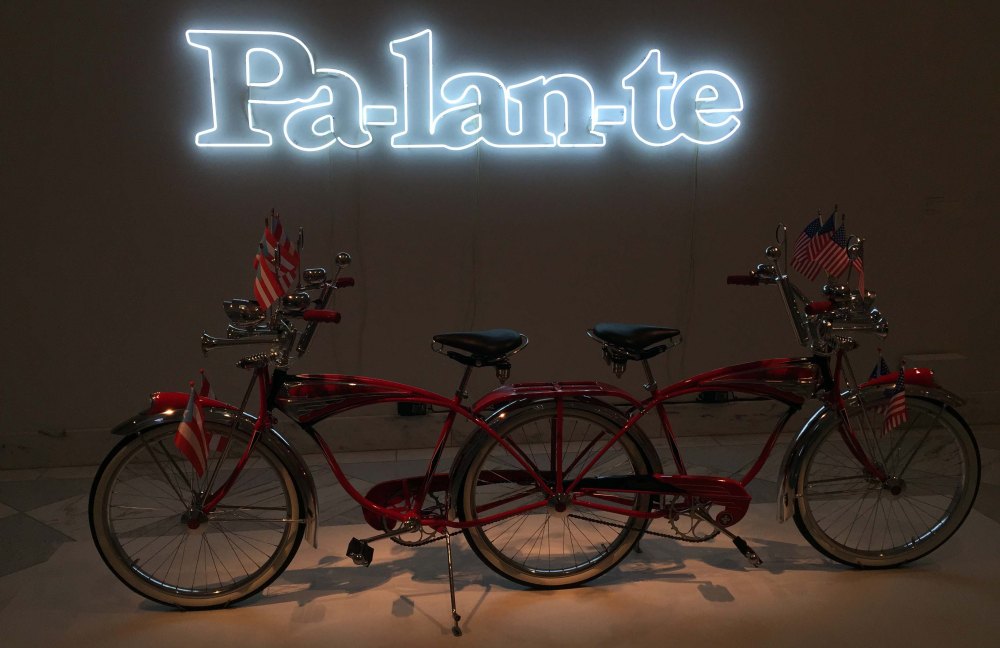 I totally fell for this. Completely creeped me out.

Duane Hanson is known for super realistic sculptures that often cause viewers to pause with uncertainty about what they are looking at. the museum replaced the original National Enquirer on the table with a more recent one. 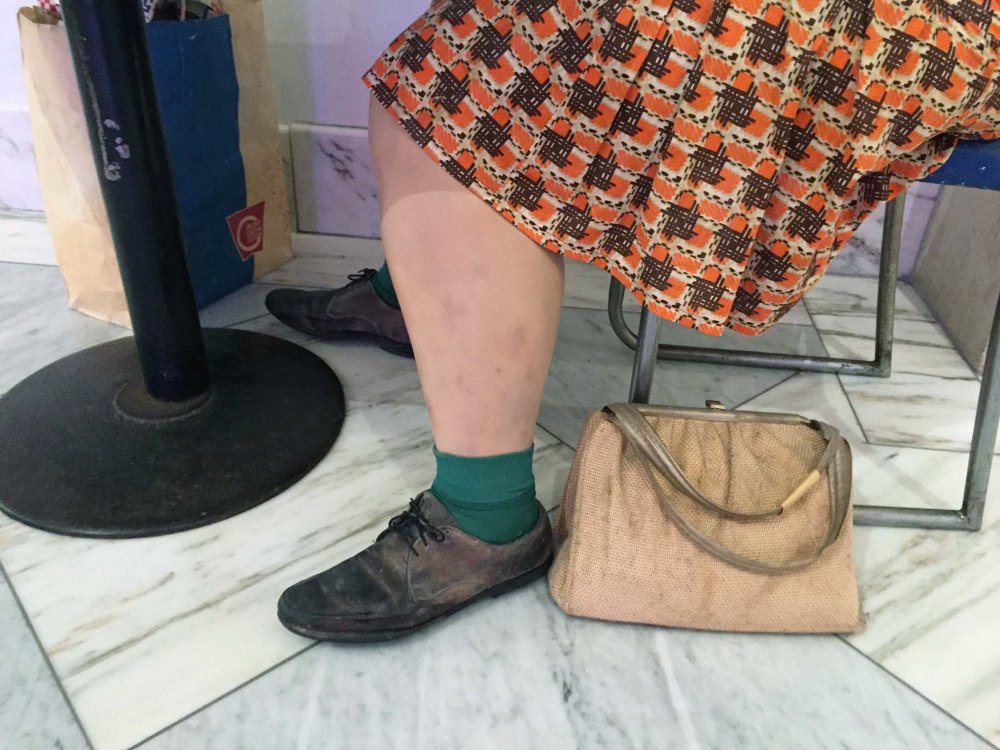 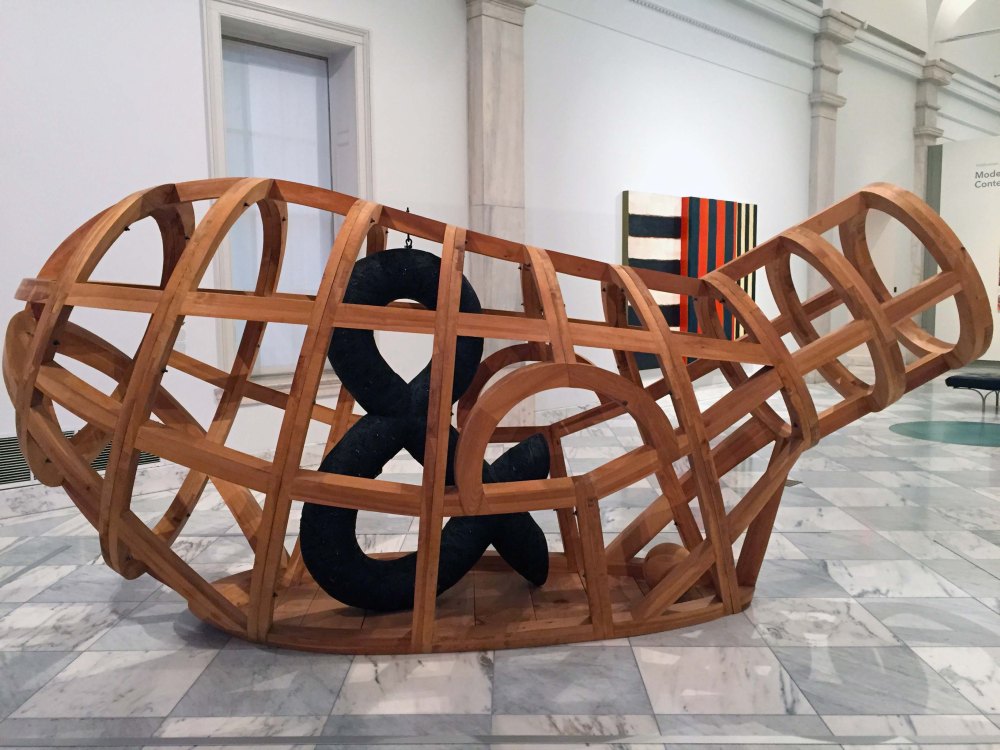 Here is another beautiful image that has great detail.

Just look at the detail of the buildings and people! 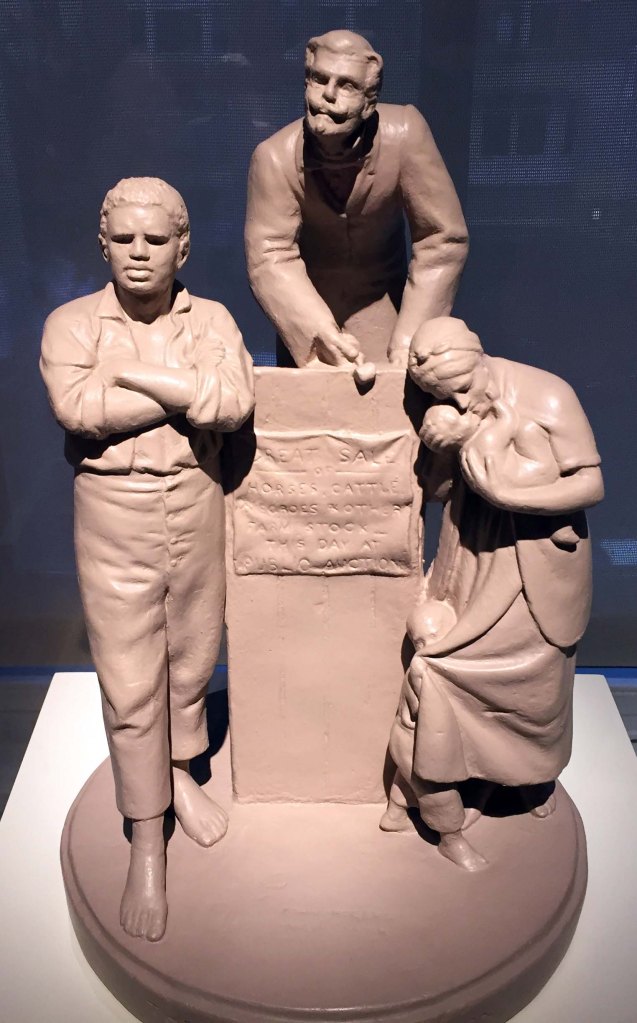 The Wounded Scout A Friend In The Swamp, 1864, painted plaster, John Rogers 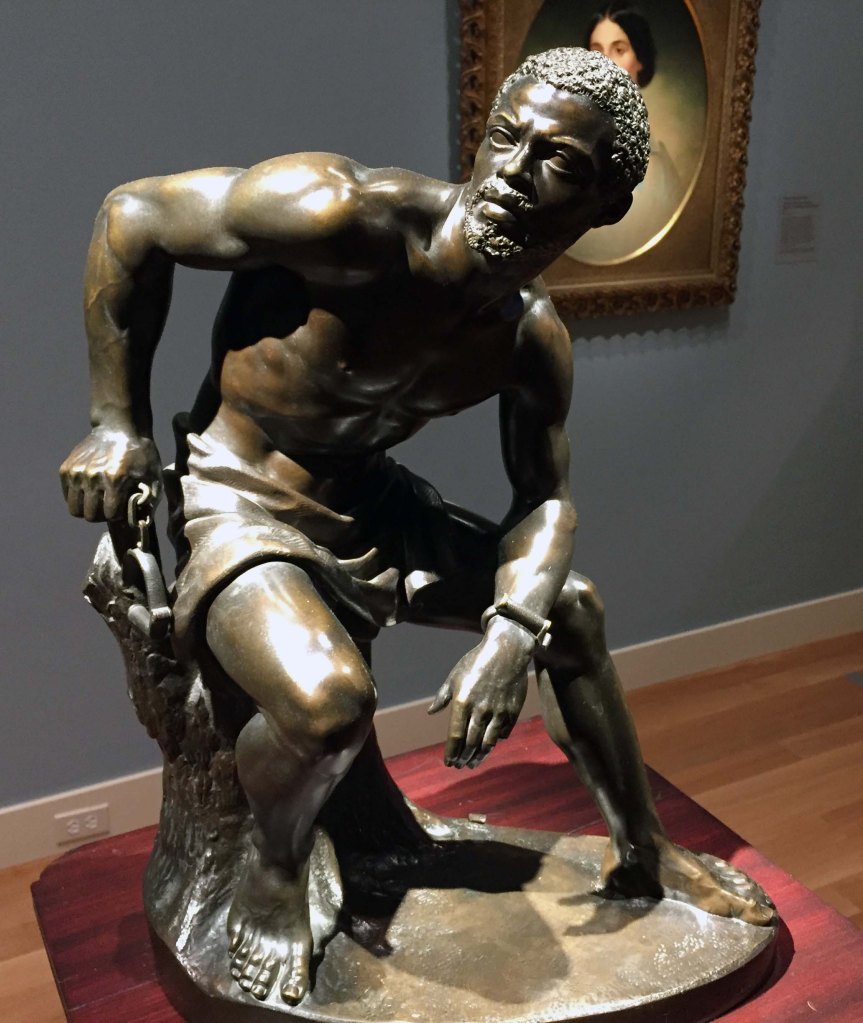 This is one of my favorite things, and I almost missed it.  It’s tucked off into a contemporary art niche.

It’s a large sculpture, and has wonderful detail and little nooks and bonuses all around it. It’s called 35 year portrait, by Robert Arneson. 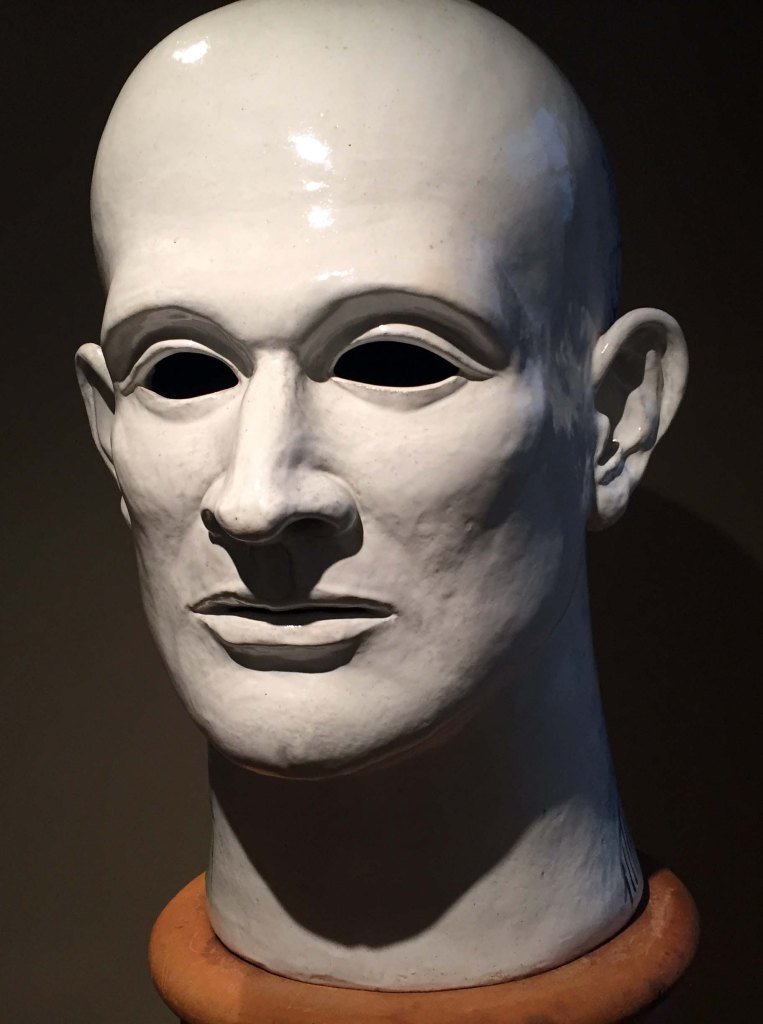 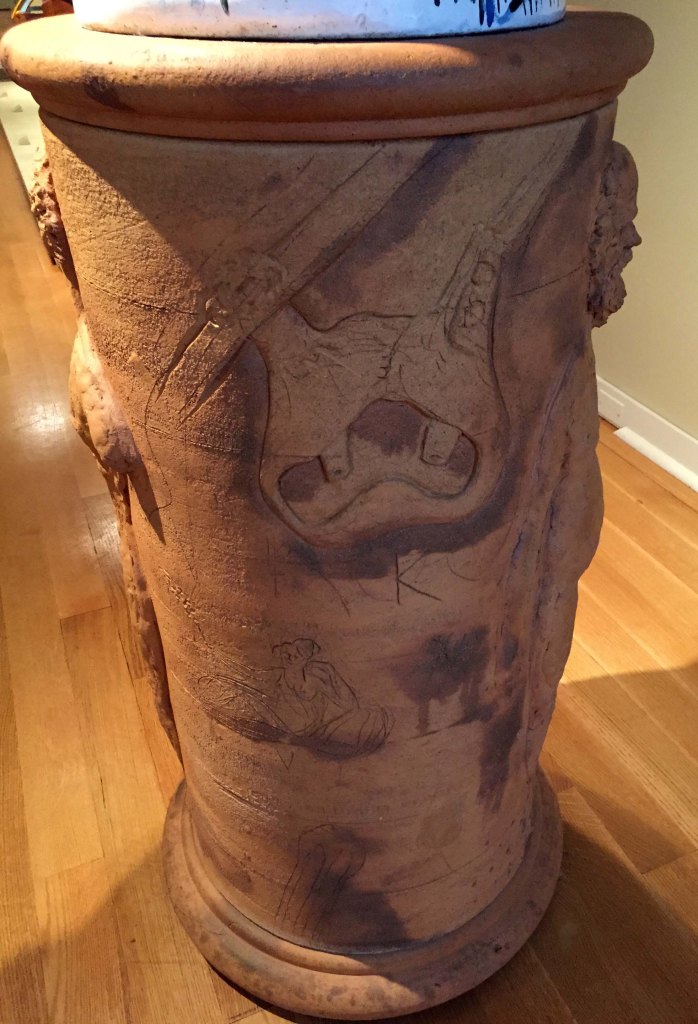 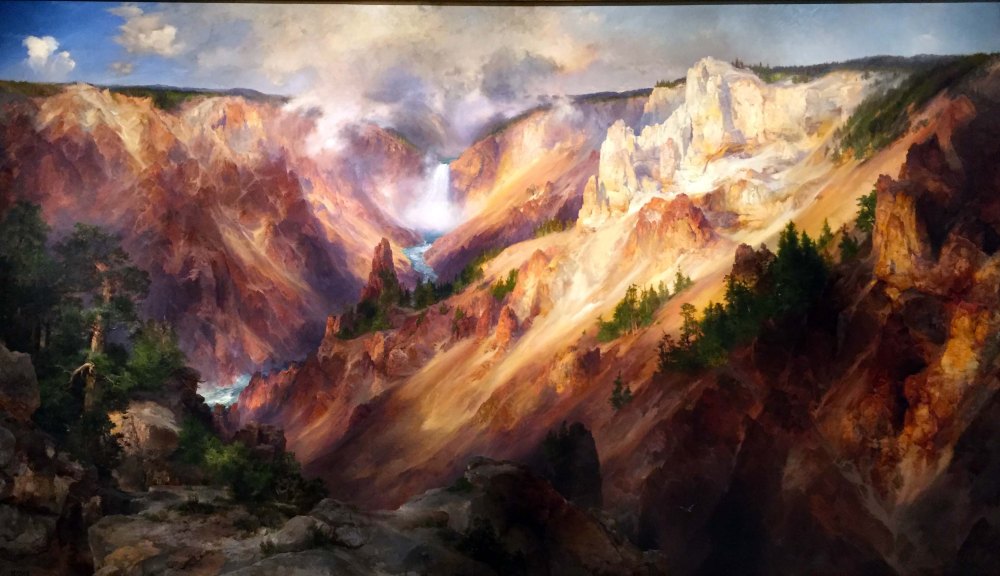 The Grand Canyon Of Yellowstone, 1893, oil on canvas, Thomas Moran

And to wrap up, here are my absolute favorites. These were the show stoppers that grabbed me from across the room, pulled me right to them, and held my attention for quite a while.

I could stare at this one all day. I don’t know why. I just really, really like it. I’ve looked at some other stuff by Andrew Wyeth and I don’t like most of it, but a couple are nice. But this one, if I had a house, I would want it hanging there.

But this one is my most favorite of all the artwork in the entire museum. It’s by Abbot Thayer, who, it turns out, grew up near Keene, NH where we lived for 15 years. He lived in the shadow of Mount Monadnock, and was instrumental in protecting it from development. Thayer is known for his paintings of angels, but there’s more to him. He was a lover of birds, and also liked to study natural camouflage. He was the first to write about disruptive patterning, and masquerade, where an animal mimics something in the environment. He also discovered counter shading, and eventually the US Navy accepted his proposal for counter shading ships as a means of camouflage.

And that’s the end of my tour of the Smithsonian American Art Museum. Thanks for sticking with me to the end. The next post will be about visiting Ford’s theater, something I have wanted to do since I was a child, and a few miscellaneous things that didn’t amount to a post of their own.