Over the last few years we have had an opportunity to visit most of the PGE parks, but for some reason we have never been to Pelton.  I say some reason but I actually know why because it gets REALLY hot down there early in the season and we usually stay up in the mountain.  It’s really odd how the climate is different, but on the East side of the mountain it is more arid and on the West side it is more forest.  This year I was determined to get to the Pelton side before it was too late, but Lee was dragging his feet.

Then something really amazing happened.  I was talking to one of my fellow camp hosts who was working at Pelton and she noticed I had a 603 area code on my phone.  When she asked where in New Hampshire I was from, I said oh it’s this small little town called Keene.  That’s when the weird thing happened.  Turns out she grew up in Keene and was living there when they became full time RVers in 2016.  No Way!!  Keene only has 25,000 people in it and so far I have met two other couples from their who have become full time RVers.    We didn’t know them personally, but she sat on a board Lee was involved with and they were both aware of Cheshire TV, Lee’s television station.  Crazy.  When I found that out, I had the excuse we needed to get Lee to head down their, so we loaded up the dog and took a drive.

Pelton Park is near a dam and i’s really pretty 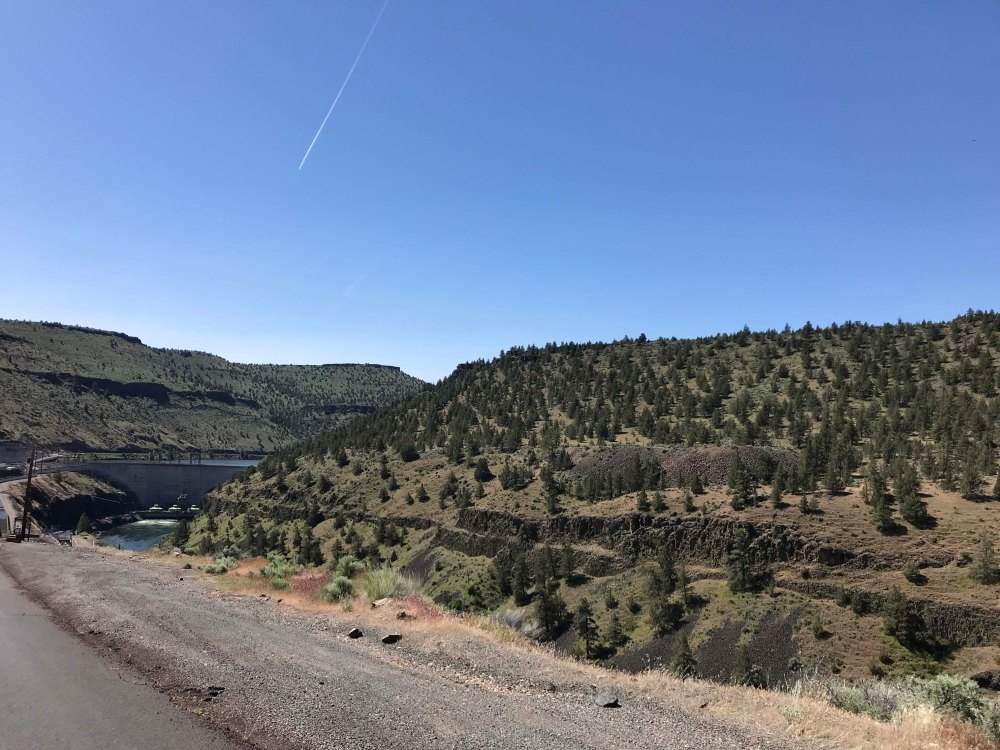 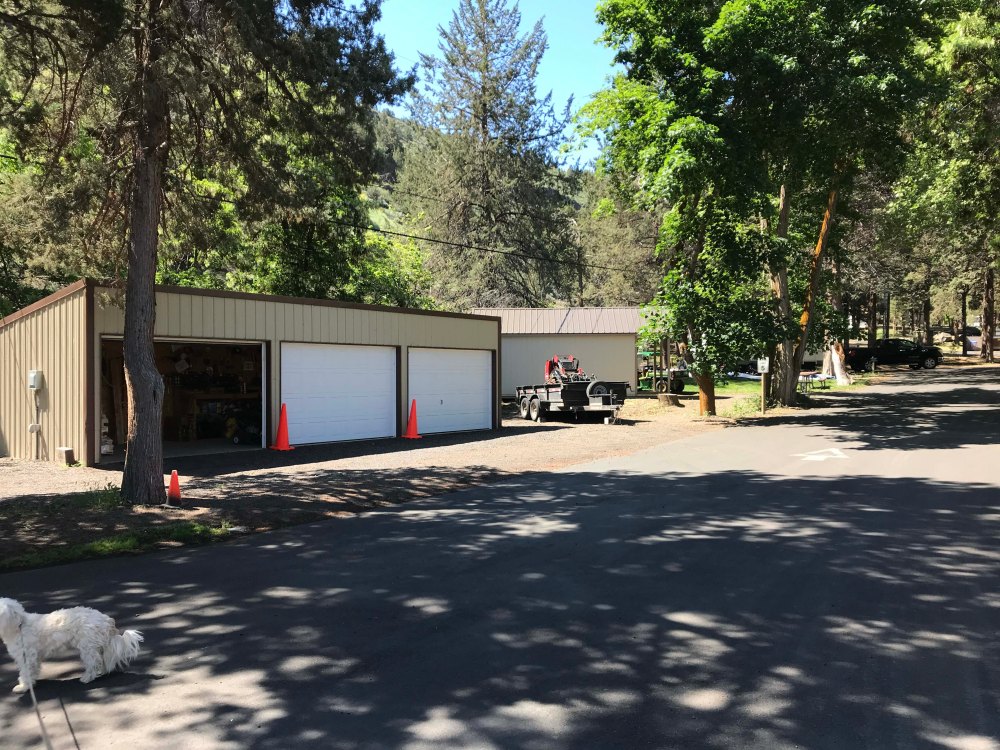 They had a great workshop area

And a cute little office 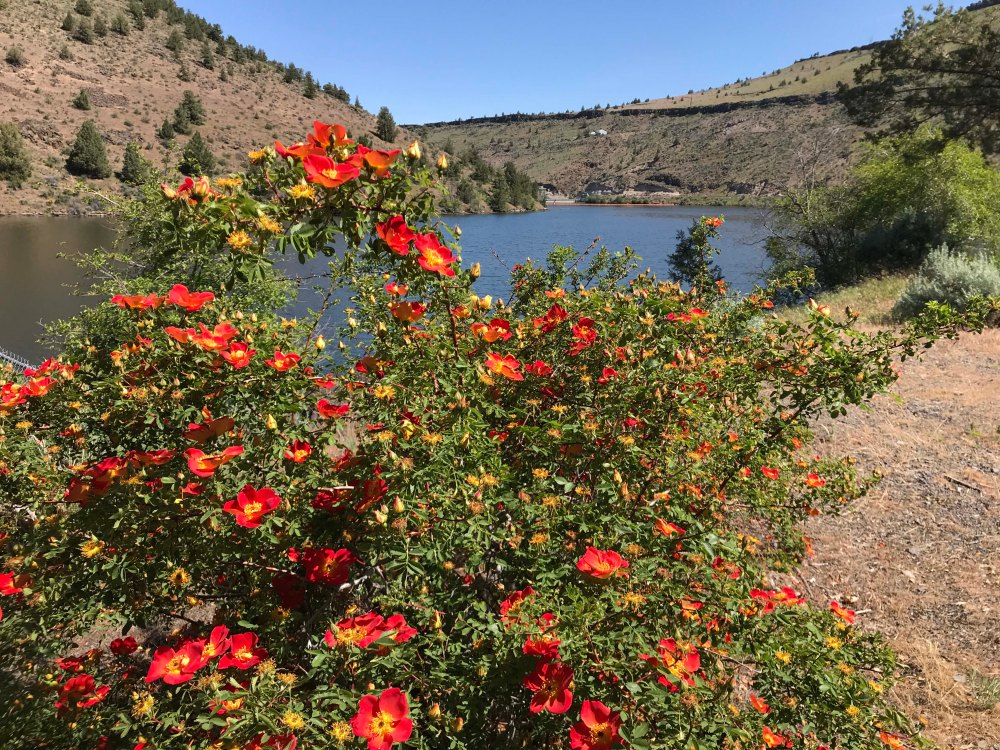 All the flowers were in bloom and it was really pretty. 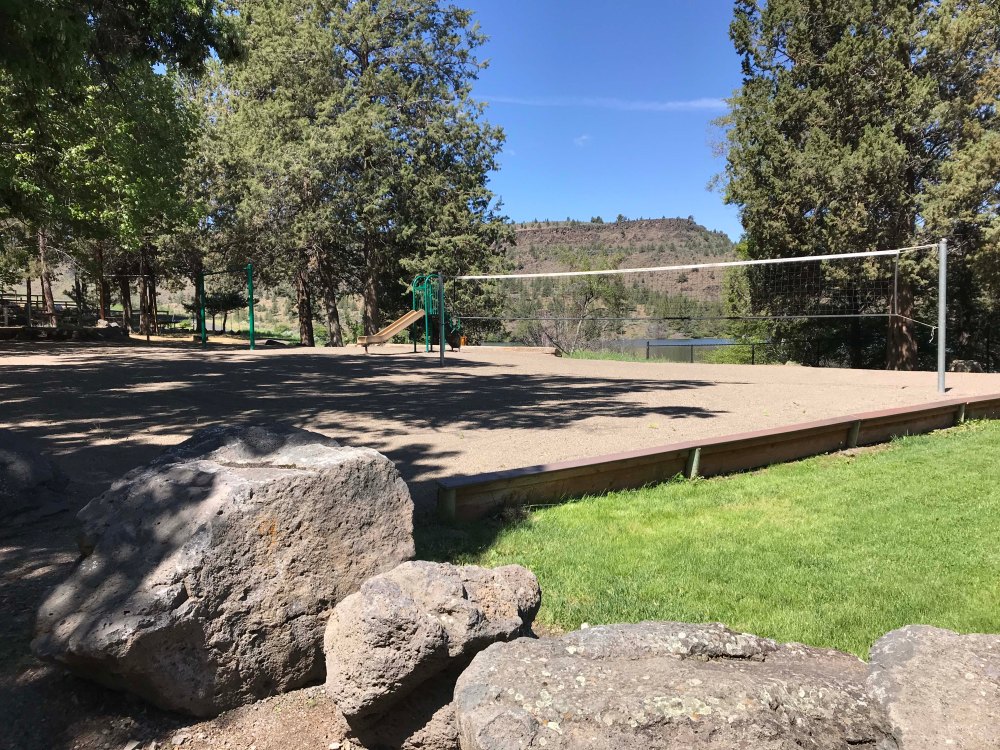 I loved their play area. It was really nice

Really nice campground, with lots of sites looking over the water 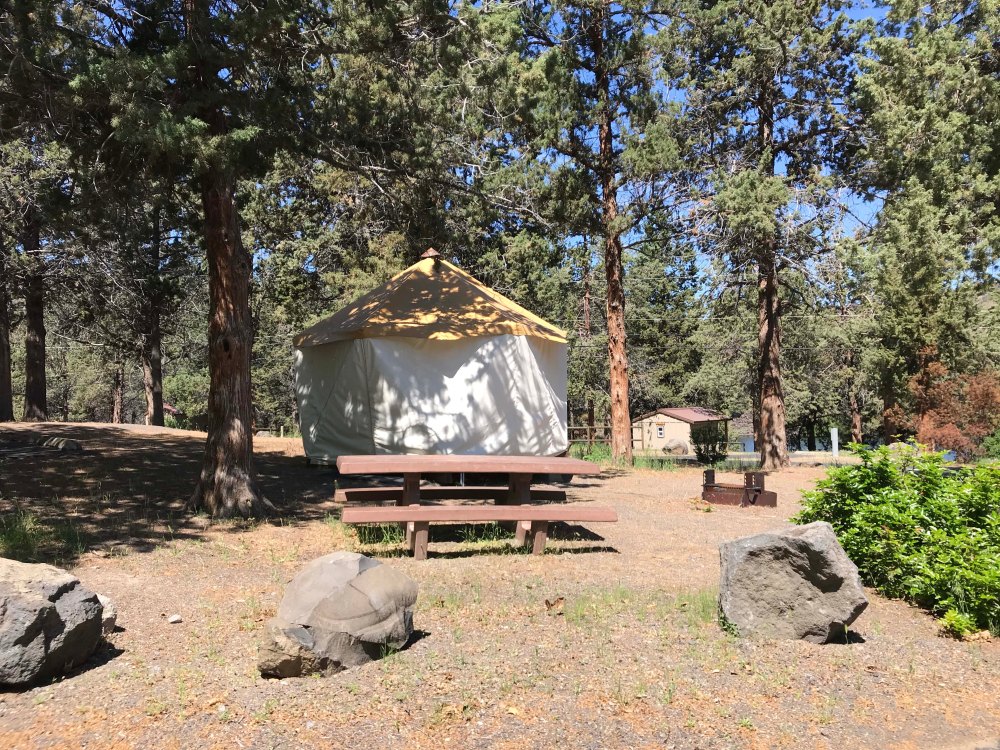 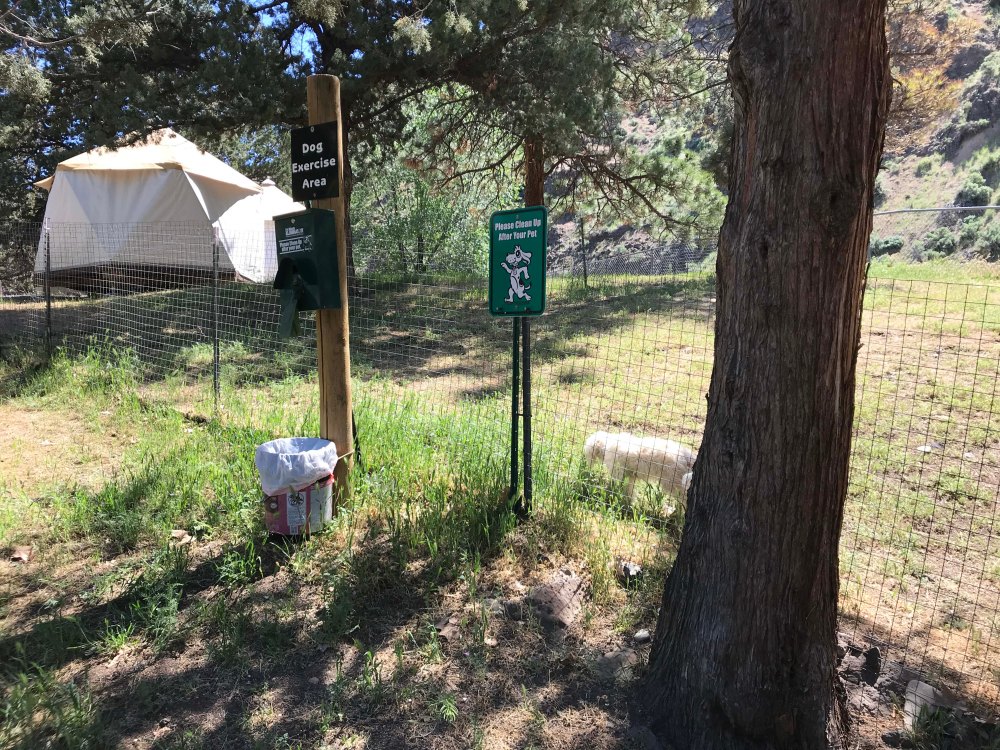 And I was super jealous of their dog exercise area.

Now that I have seen all the major campgrounds, I find it interesting how they have some differences to them.  Pelton is very close to the Deschutes river and fly fishing is a major draw their.  It’s also obviously a warm weather place because there is a lot of focus on swimming in the water versus other campgrounds that are more about boating.  I am glad we went and glad we met another couple from Keene, although I think there most be something in the water in that small town to create so many full timers.  Statistically 3 couples out of 25,000 must be an anomaly.

A couple other things I wanted to mention and then I think I am finally caught up.  We received a care package from Denny and Dede (Lee’s parents) and as usual they had some cool stuff.  My favorite was my new Texas ball cap, which totally cracked me up. 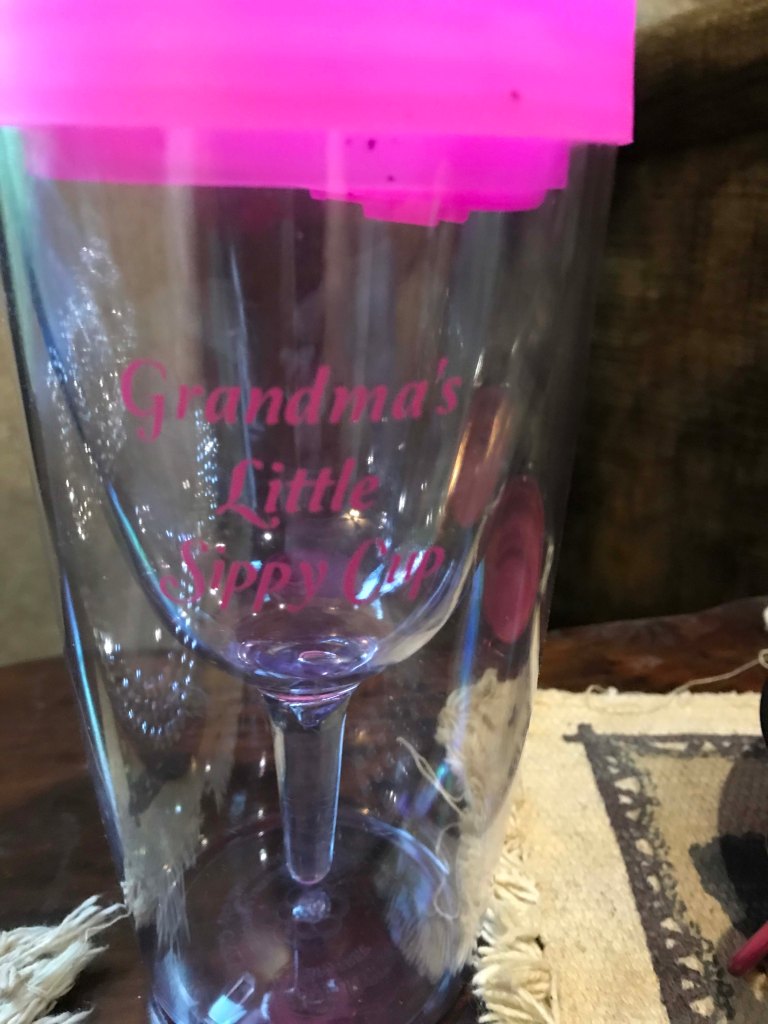 they also got me a cute grandma cup lol 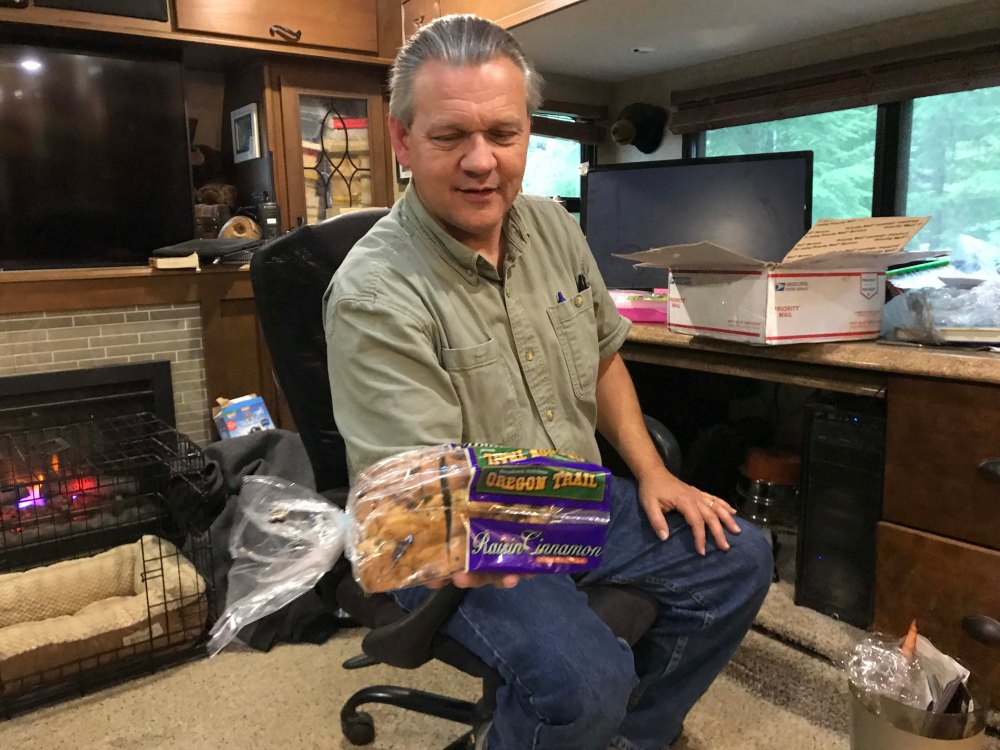 And this amazing Oregon bread which Lee loves but it turns out you can’t actually buy in Oregon. Plus it’s crazy expensive. It’s a whole thing…

This was really nice and I am definitely going to use it.

One last thing I wanted to mention.  Bill was doing a solar install recently and the client Richard and Charlotte reads Kelly and my blog.  They knew we were both going to be first time grandmothers soon and so they did the absolute nicest thing.  They purchased each of us a recordable storybook to make for our grandchildren. I had looked at these but they are not cheap and it was on my wish list but hopefully for later.  Not only did they buy one for me, but they also gave Kelly money so she could send it to me, which was incredibly generous and thoughtful.  These acts of kindness mean so much to me and we were both extremely grateful.  Thank you so much Richard and Charlotte!