After we picked up our rig we finally headed north, happy that we were on the road again.  We had plans to meet up with Deb and Steve in Bryce Canyon but had a couple of days to kill.  The great thing about Northern Arizona is there are lot of places to boondock, and we briefly discussed stopping in Flagstaff, but the ground was still a bit snowy and wet, and we were worried about how firm the spots would be.  We also discussed going to Winslow, AZ but that was a bit out of the way.  Ultimately we decided to drive through to Lone Rock Beach in Page where Deb and Steve were.

Desert in bloom as we made our way north.

We have stayed here before and it is a really nice spot.  They have spots right down near the water and trash, water, and a dump station on site.  If you have an America the Beautiful pass it is $15 a night and well worth it for the services and the view, as well as the close proximity to the town of Page.  The only downside we discovered when we arrived is the area is Off Network for us.  Last year we had no idea we were off network but as I mentioned this year AT&T is cracking down on that.  Basically that meant we could make phone calls and text, but no data usage. It was still worth it though because of Jack’s reaction.  Let me just show you.

Jack got out at the dumpstation and was looking around while we filled up with water. 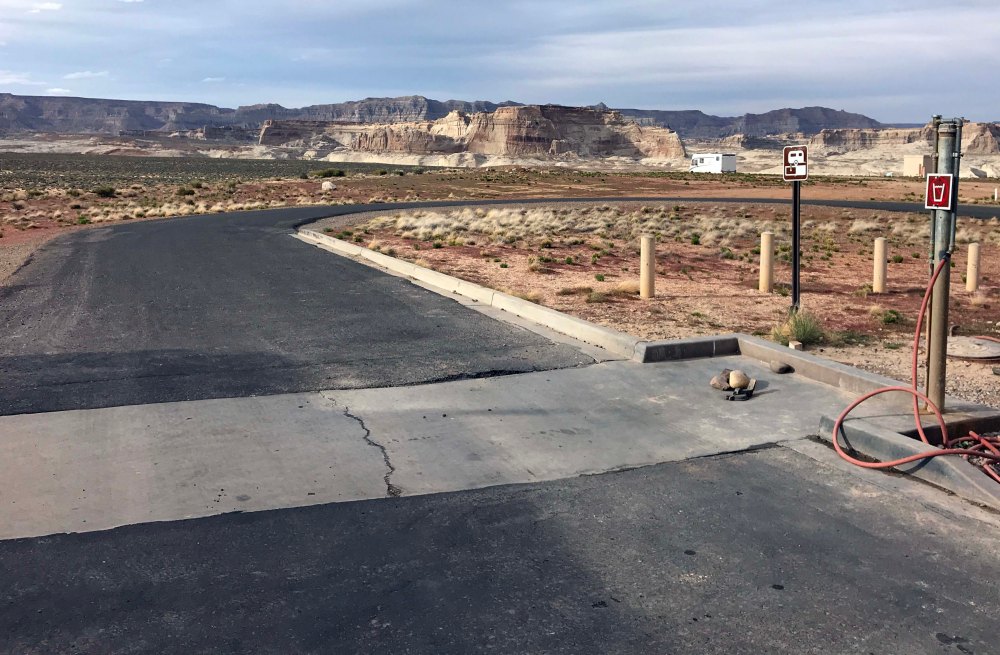 The view is pretty spectacular

We have to be extra careful not to get into soft sand with the 4×2.

They had saved us a spot with some chairs 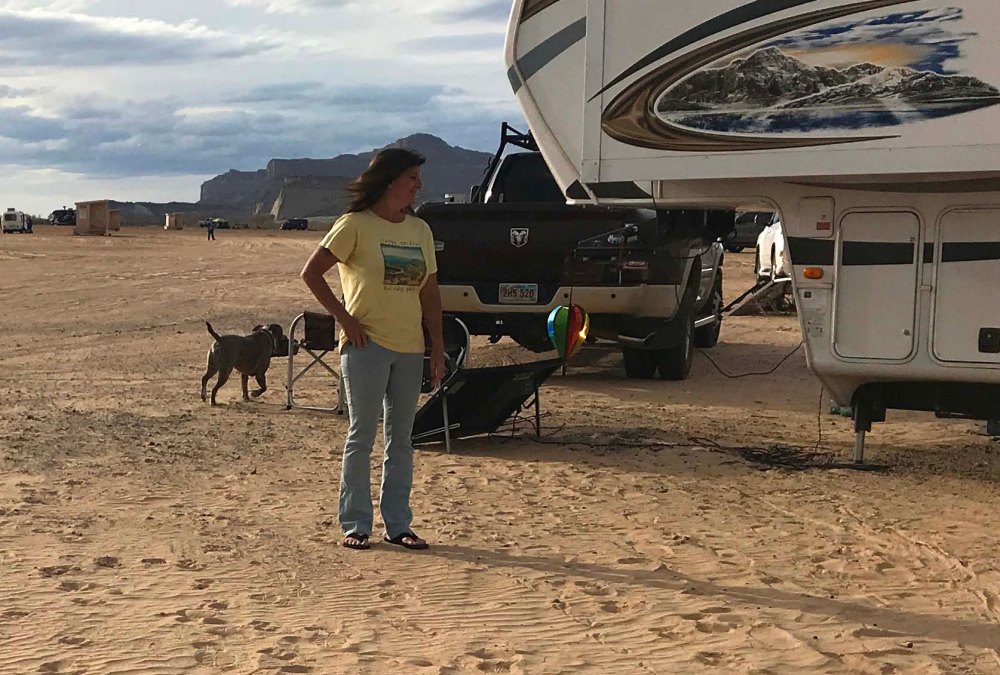 Deb and Hurley came our to say hi. 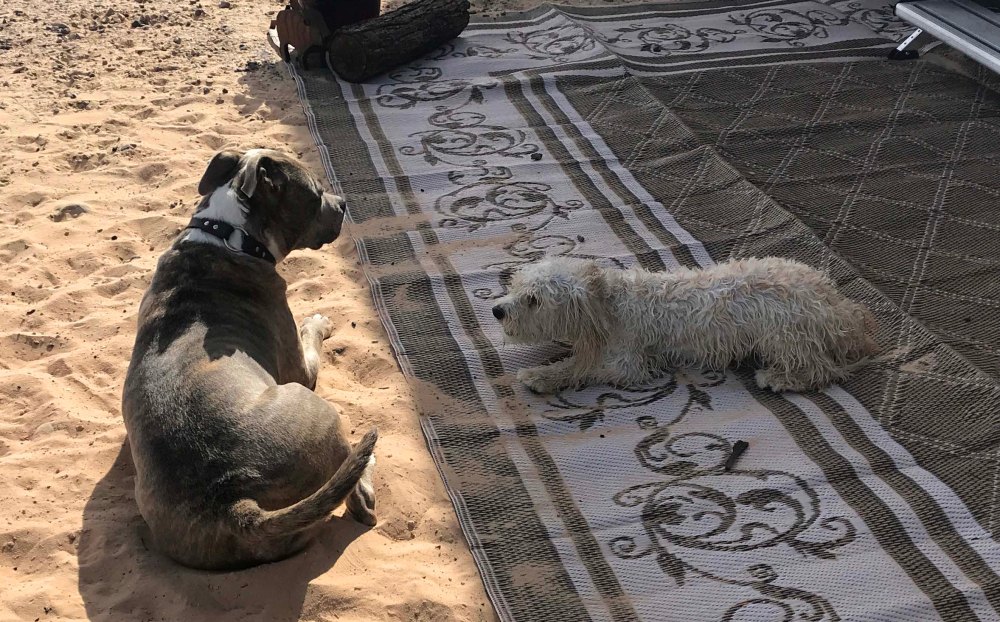 And Hurley and Jack spent some time getting acquainted.

Hurley was super patient with the puppy antics.

After we got settled in, I decided to take Jack for a walk and that’s where the fun came in.  We were parked on the edge of a HUGE sand dune and I was able to take Jack off leash.  After all the days of being cooped up he went crazy and then we went down and saw his first ever lake, although he was a bit more tentative there.  I shot lots of video and pictures and Lee made a little movie.  Jack was pure joy to watch and did more than anything else in helping me shake off the stress from the previous couple of weeks. 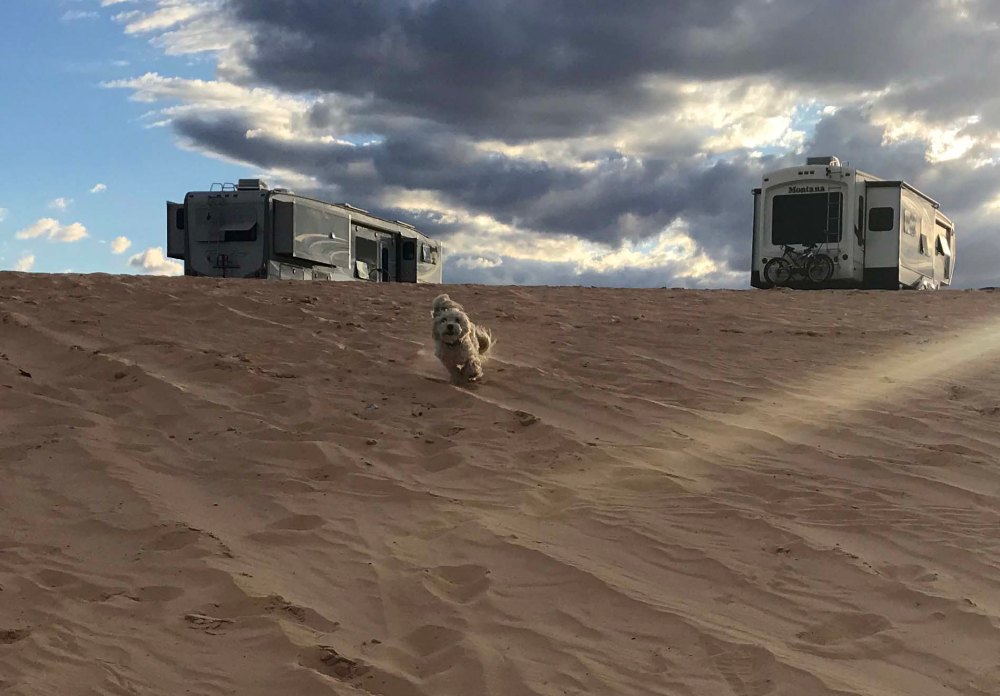 He was going so fast it was hard to get the shot. Got lucky on this one. 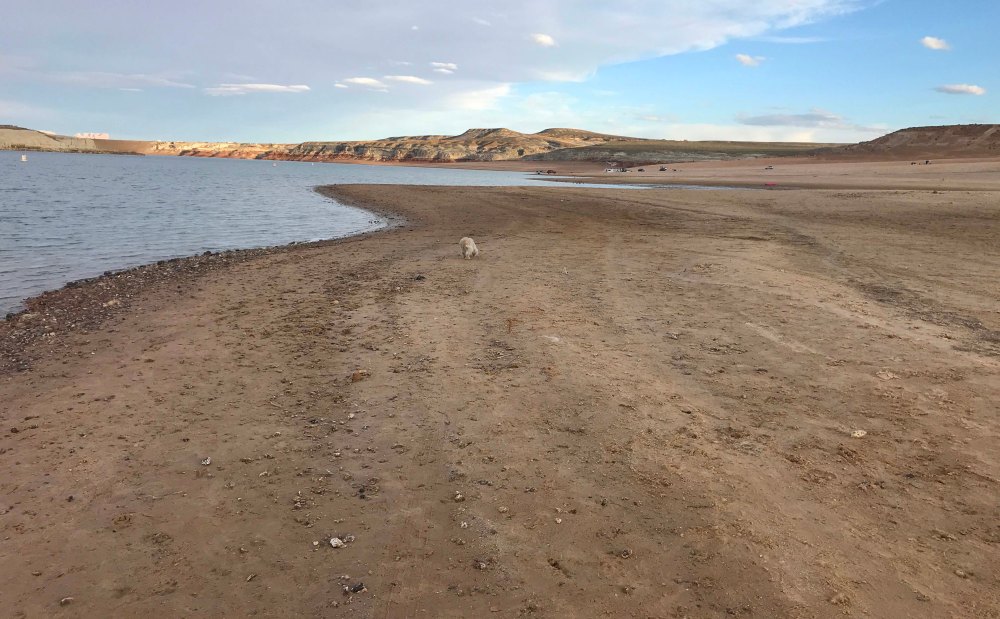 Checking out the lake.

He kept going until it started to get dark.

And we all settled in and had a lovely campfire. 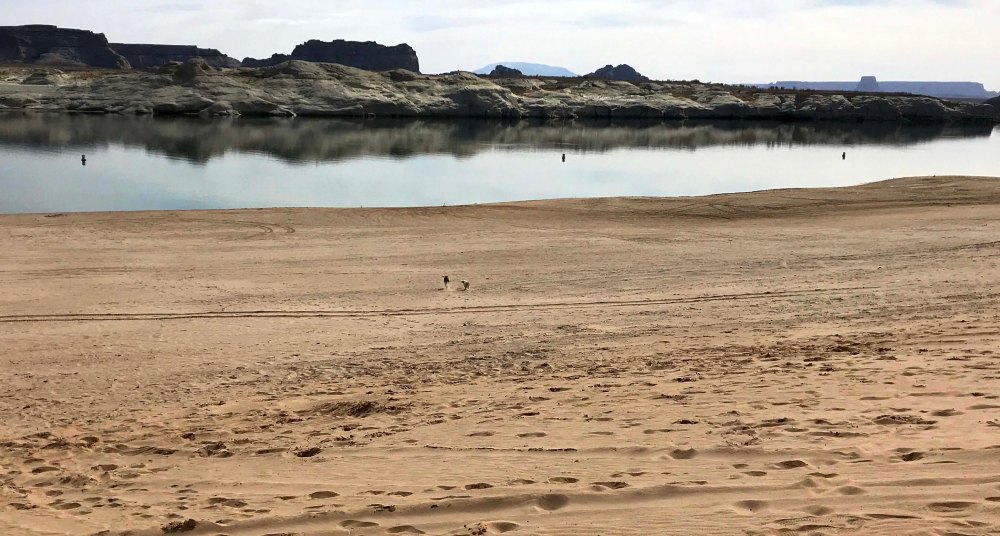 The next morning Hurley and Jack ran down to the shore. 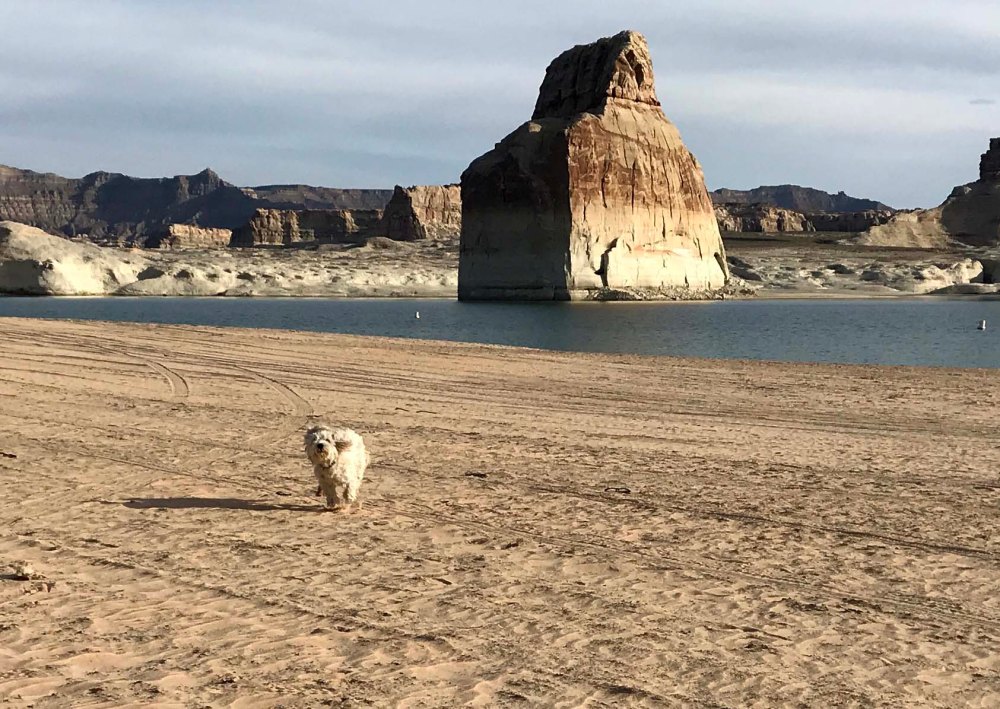 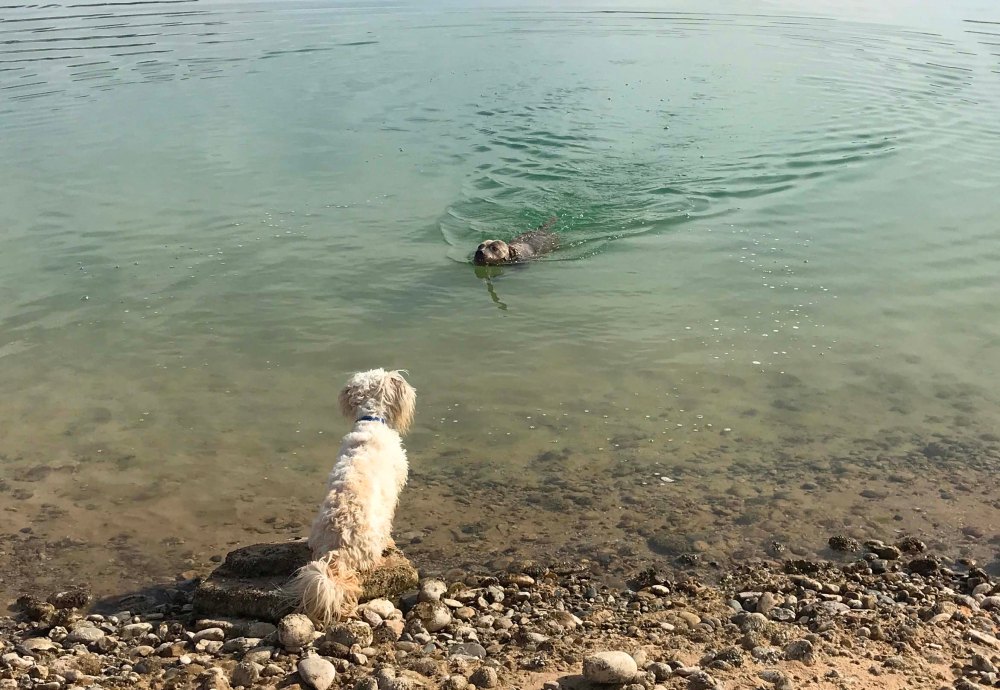 Deb was throwing sticks in the water for Hurley but Jack wouldn’t get in. 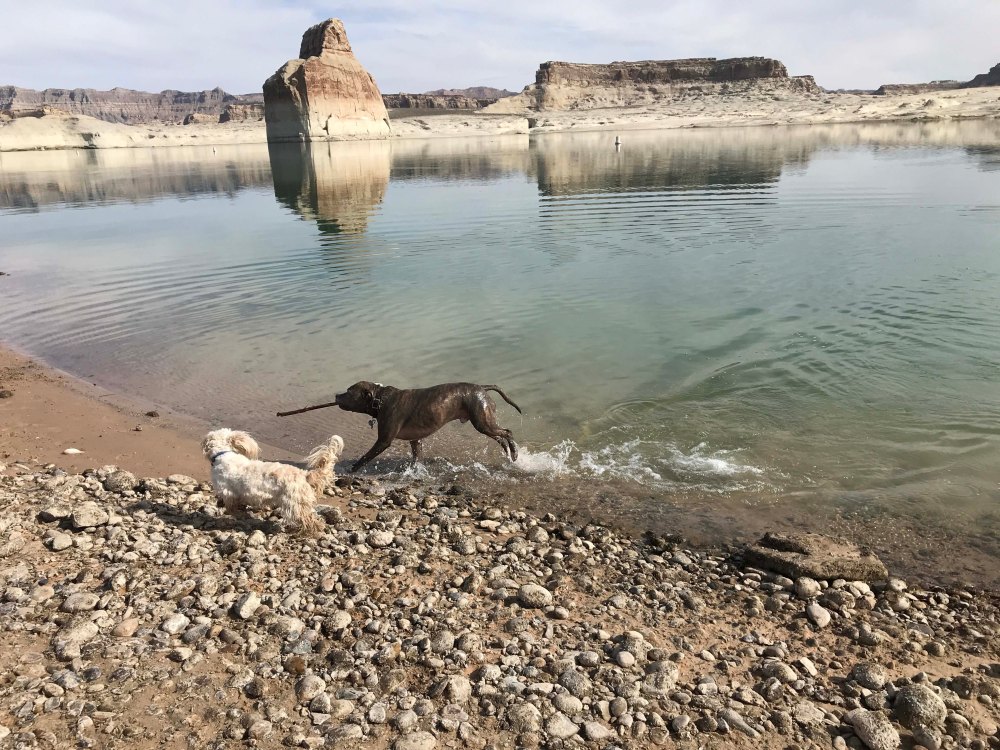 He waited at the shore and as soon as Hurley hit the ground would try and get the stick. Was really funny. 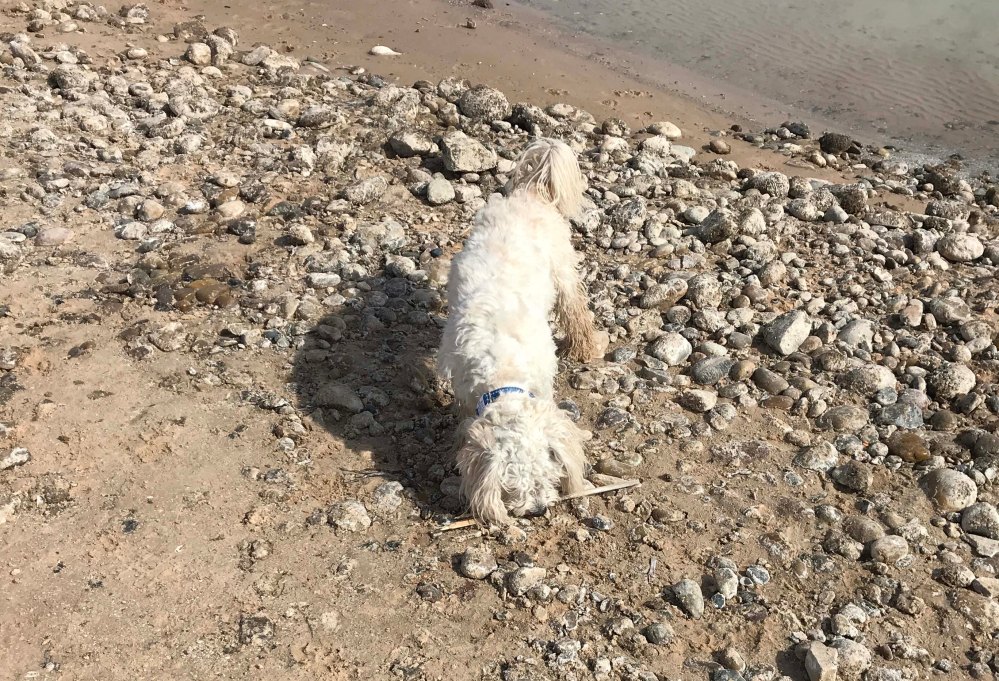 Jack stayed with me the entire time except once when he started chasing some crows. Then I had to chase him until they finally landed on the restroom and taunted him.

We all had a great day and were a little sad to head towards Bryce.  Jack went from sand to snow in just one day so stay tuned to see how that went.  And if you want to see Jack in action here is a video.  It’s a little long at 3 minutes but it was so much fun to watch.