This blog isn’t political, but I do write about the things I see, and sometimes those things happen to coincide with larger world issues.  I have two choices in those moments, which are to either skirt the issue or talk about it in as factual way as possible.  I have always felt that if the thing has a big impact on our life then I need to talk about it, so I am diving in here on what’s happening with people crossing the border.

Lee sees border patrol almost every day in our ranch, and sometimes they stop and talk to him.  Today they told him there was a group of 10 people within a half mile of our rig.  On their way out they stopped and told them six people were picked up, but four were still at large.  At that point the border patrol agent asked if we owned a pistol.  Lee’s response was at this particular gate guns weren’t allowed, but obviously he was concerned.  We have border patrol programmed into our phones for emergencies of any kind (we were told they were the best people to call and could respond the fastest) but the gun comment and close proximity made him nervous.  Rightly so because not 10 minutes after they all left someone came up on the outside of the gate and was banging on it and yelling. Lee called border patrol and they came back pretty quick and picked the guy up. While he was waiting though he was watching the guy and thinking about whether or not to wake me up.  If the person tried to break in (not that difficult in an RV) wouldn’t it be worse if I was asleep.  That wasn’t a great choice for him to have and he would have done it but the guy stayed on the other side of the gate.  If he would have come any closer Lee would have woken me so he wouldn’t be doing that while the guy was right outside the door.

We’ve been told that many times people who have crossed turn themselves in to the first person they find and after the Border Patrol talked to this guy, that’s what they said he was doing. A couple hours later we got a report from a worker that two guys had run across the ranch road right in front of him as he was driving out, and Lee called a second time.  Border patrol came back and picked up two other people but the two guys that were seen got away.  It was raining pretty hard this whole times so they couldn’t use a helicopter and were doing it the harder way with vehicles.

When the last truck came through I stopped an officer to get an update and asked the question that has been on my mind.  I wondered how many people they picked up every day, and was told that along the border it is roughly the amount of people in a small town.  Last year they caught 400,000 people, and estimate a million came through.  The officer said people don’t realize how many people there are and kind of shook his head sadly.  That number really got my attention because it was much larger than I knew.  And I want to be clear that is not a judgement on the people who are trying to cross, because I get their reasons why.  The problem is they are crossing in my front yard, so to speak, and it’s impossible to know whether or not it’s safe.

It’s easy to say that these folks are coming here for a better life and don’t want to hurt anyone, and that’s probably true.  They are also hungry, cold, dehydrated and desperate and desperate people are not always predictable.  Mostly I try not to think about it because I work night shift.  On several occasions I have heard rustling in the dense brush outside of the range of our lights, and in a couple of cases what was making that noise could have been people sized. I take the best precautions I can of course, stay in the light, minimize my time outside, try to only go out when there is a truck outside, keep my door locked at all times etc…but as a 5’4″ woman it’s not like I could stop anyone who wanted something I had.

The whole situation is just not great.  Up until today I would have bet money we would never be the type of people who called border patrol but apparently we are.  We are not looking to cause problems for anyone, but if it is reported to us (or we see it) we are going to report it.  For us it is a personal safety issue plain and simple.   We are actually looking into getting moved to a gate farther north and if the consulting job doesn’t happen we may be able to do that.  $150 a day doesn’t seem a large enough dollar amount to deal with this stuff and all things being equal we would prefer not to have to deal with it. Which is a shame because it’s a pretty nice gate.

Anyway, I don’t know what the solution is and I certainly don’t think throwing a bunch of money at the problem with no solid plan will work.  But I absolutely think it is a problem that needs to be addressed, and I didn’t really feel that way 6 weeks ago.  It’s easy not to worry about this stuff when it’s someone else’s problem, or far away.  Quite a bit different when it’s a part of your life.   The thing that really convinced me though was how matter of fact people are.  This is not a rare occurrence, it is so frequent that people treat the occurrences like they would treat a bad thunderstorm…actually with less emphasis.  It is the new norm and has been for some time.

OK, enough of all that.  since several of you have mentioned that you would like to see more of Jack, here you go.  He’s having a great time!

Jack’s been in a great mood 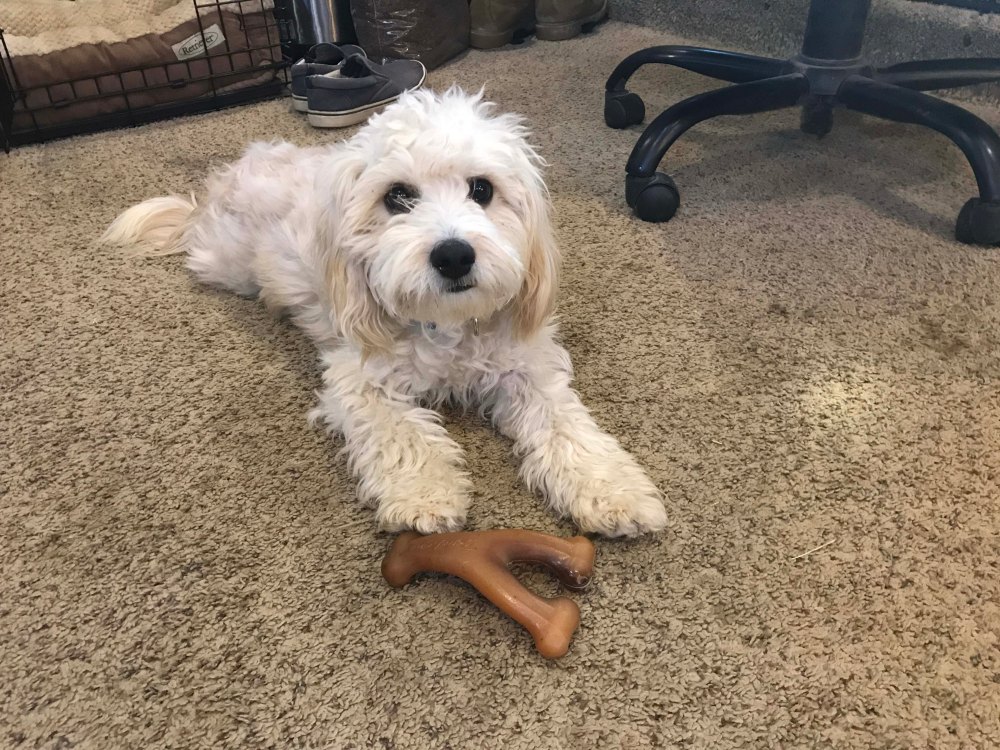 He got a new chew bone 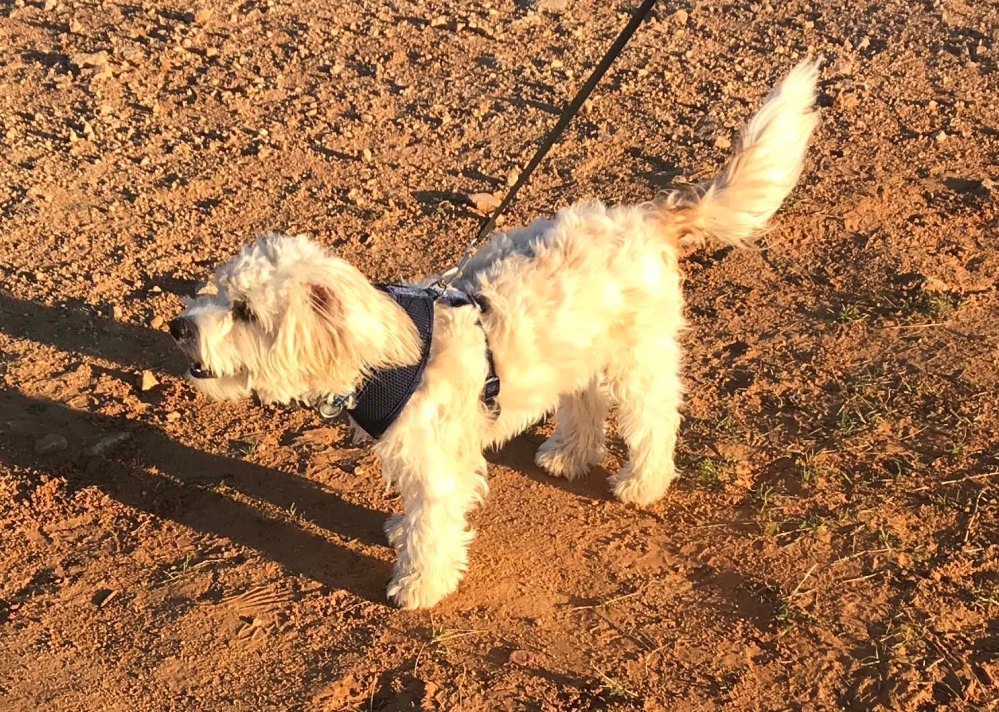 And a new vest 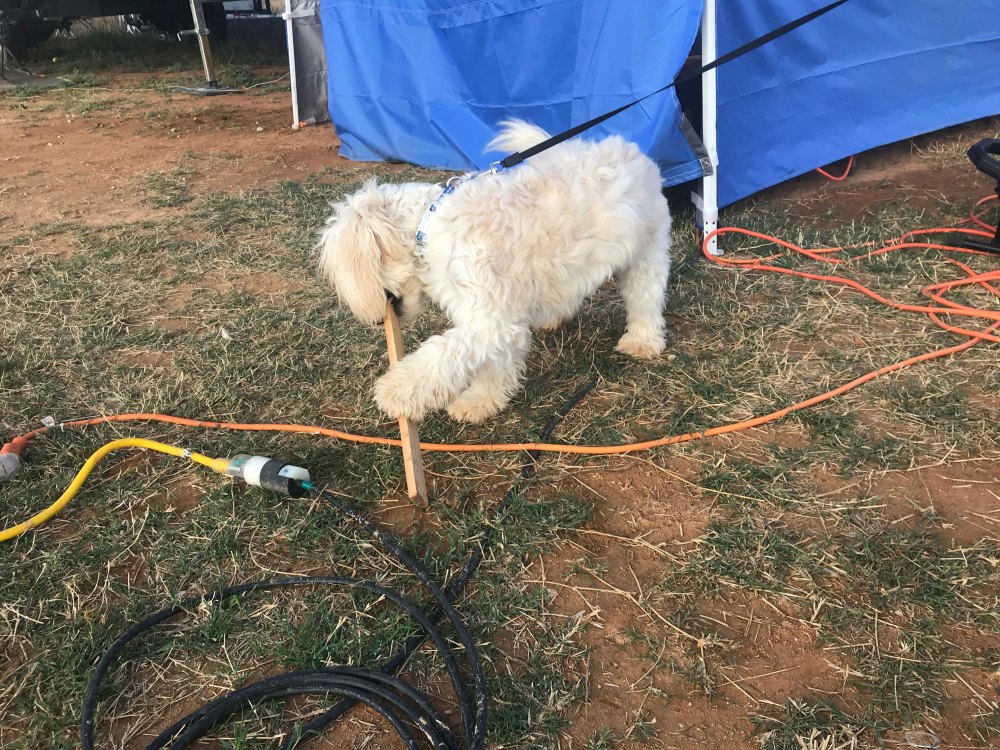 But his favorite toy is a stick!

Yes he really is that cute!!

He has found time to stare down the cows 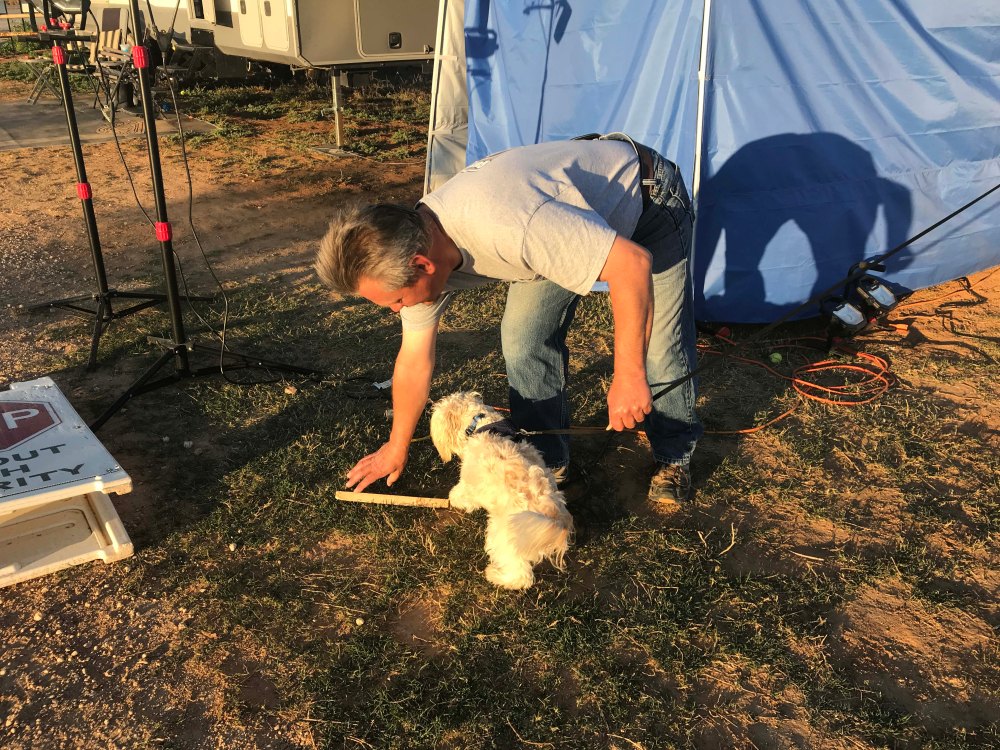 But his favorite thing is playing with his Dad 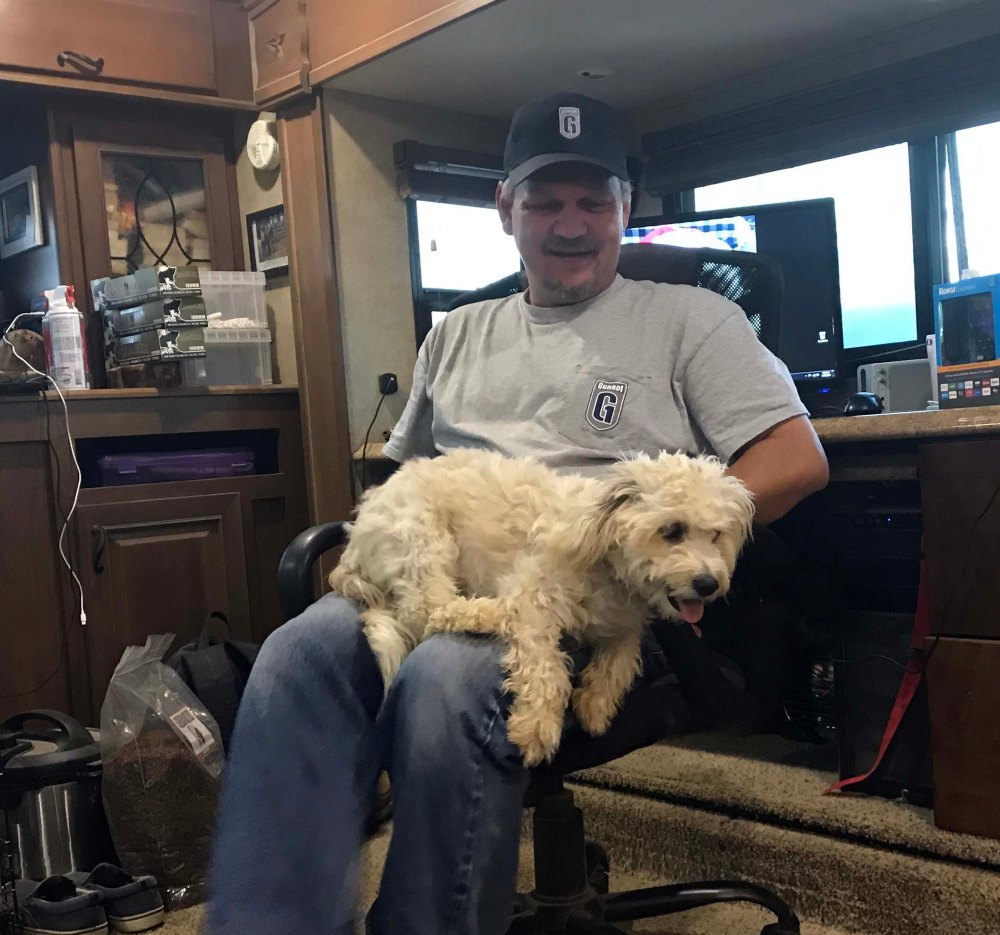 And his Dad is pretty happy too. Who doesn’t love puppy lap!

8 thoughts on “Things Heat Up at the Gate”