It was chilly when we woke up the next morning and unfortunately our air mattress had a slow leak so we were sleeping on the ground, but the sounds of the river were awesome and we turned on our Bond Mfg 66603 Aurora Portable Gas Steel Fire Bowl, 18.5″, Black

fire pit to take the chill off.  I woke up with some heavy thoughts the morning of my birthday and mostly they were about the job we have been working.  We have “had a rough go” this season as we like to say.  Partially because I’m new and partially because of all the unusual things that have happened.  Seriously there have been at minimum 10 times (probably way more) where pretty major occurrences have taken place and I have heard “that has never happened before”.  When you are in a near constant state of crisis management, it’s easy to lose perspective.  Being in the Mountains (and without a cell signal) had allowed me the emotional and mental space to see things a little more clearly.

It was a pretty heavy conversation for a birthday morning, but ultimately a good one.  And while we had it we tried another one of our instant meals.  Of all the things I had purchased I was the most excited about the scrambled eggs and bacon.  I thought these might taste the closest to the “real food” and since I eat breakfast for dinner all the time thought this might be my favorite solution.  Unfortunately unlike the meals from the night before the flavors were chalky and bland.  Also the instruction tell you to “drain the excess water” and without a colander of any kind, quite a bit of the egg mixture fell on the ground.  I only took a few bites and even Lee (who will eat almost anything) threw most of his away.

Ultimately that was OK though because by this time we saw that the smoke wasn’t going to clear today either, and decided to head to Yakima Valley on our way back to Timothy Lake.  I love getting fresh produce from the different places we travel to and one of the first things I research about an area is where to find local fruits and vegetables.  In my research Yakima Valley kept coming up as the best place to get fruits and vegetables.  Since it wasn’t that far out of our way, we headed north to the 410 scenic highway, and then drove that down to Yakima.  This road took us through the Wenatchee National Forest, and although it was super smoky once again we could tell on a clear day it would have stunning views.  And the road itself was in very good condition, so in relatively no time we made it to Yakima. 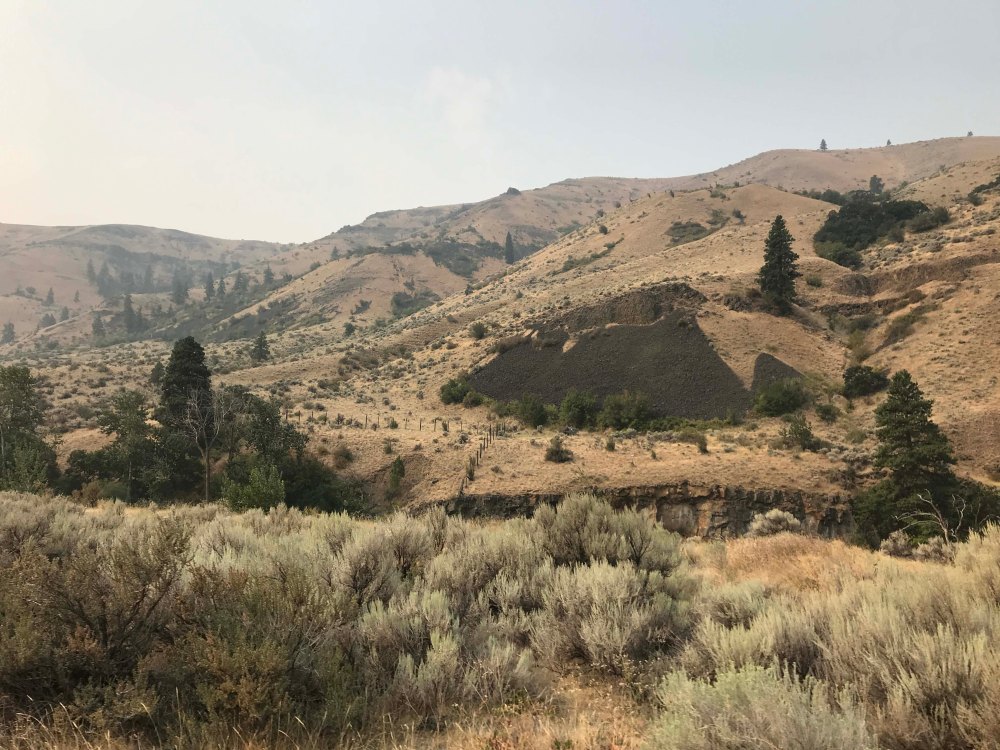 One of the interesting things about leaving the Cascade Range is how dramatically the landscape changes.  You go from dense, old growth forest to sagebrush and juniper in what seems like the blink of an eye.  Yakima Valley lies near the edge of the Cascade range and apparently has an incredibly fertile valley.  They also have access to water and the combination has made this a very fertile valley.  The first thing we did was stop at McDonald’s and I got myself a breakfast sandwich.  I needed fortification for all the farmers stands we were going to, because there were around 15 in a relatively small area.  Generally this is not something that Lee really loves to do, but since it was my birthday he was game.  He did want a map and for me to GPS us from one place to another, but he was a pretty good sport about the whole thing and we ended up stopping at 8 different places. 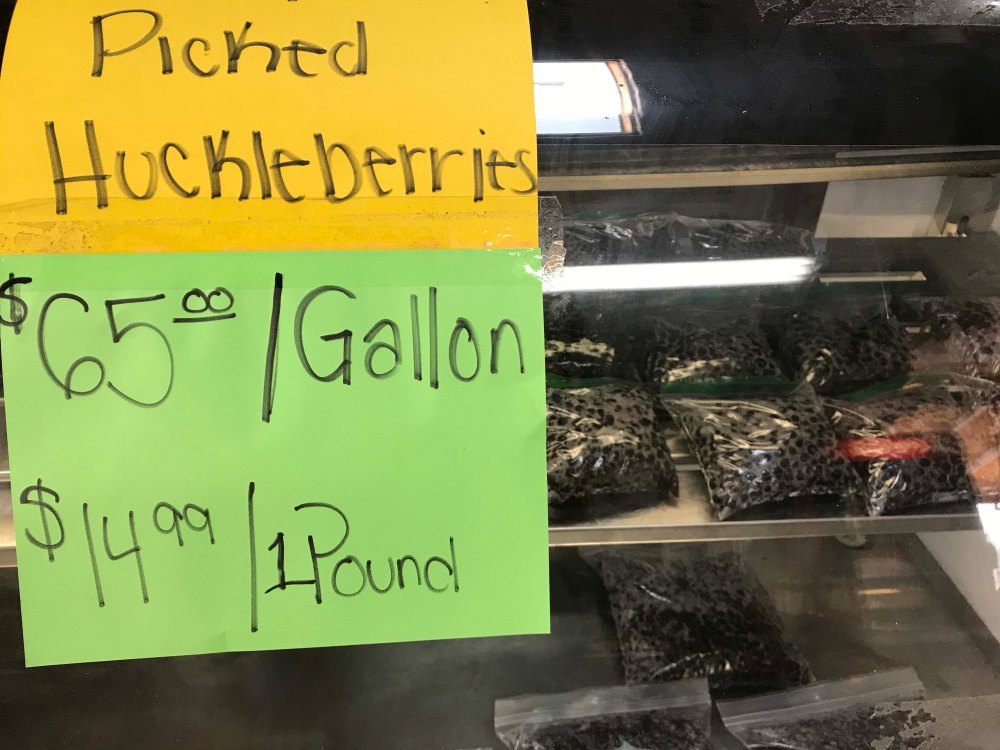 I love wild huckleberries and know they are extremely time consuming to pick, but these prices were too steep for me 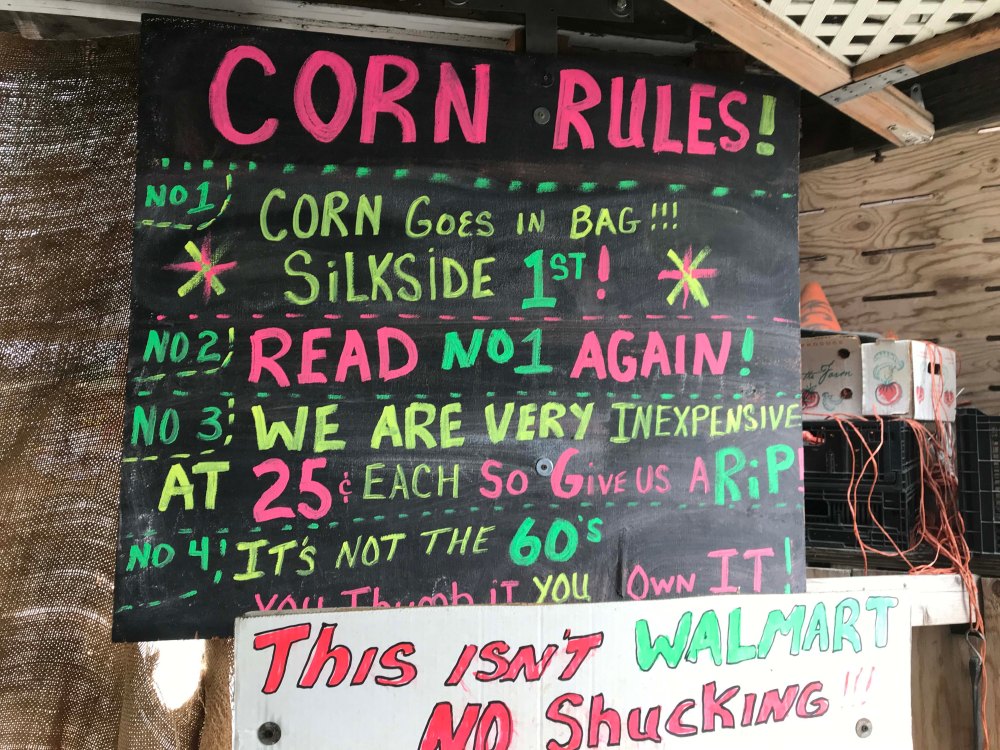 This sign was in one of the farmer’s markets and at first I thought it was funny, until I met the guy who ran the place and saw this was his overall attitude on everything.

Actually the Yakima Valley is divided into two areas.  One is outside the reservation and the other is within.  I actually preferred the stands that were on the reservation because the prices were better and the vegetables were (to my eye at least) much better quality.  I bought some absolutely fantastic green beans and tomatoes at one stand and some really great peppers at another place.  The peppers I was particularly interested in because I am not really a big fan and I had a great conversation about the mildest peppers they had. 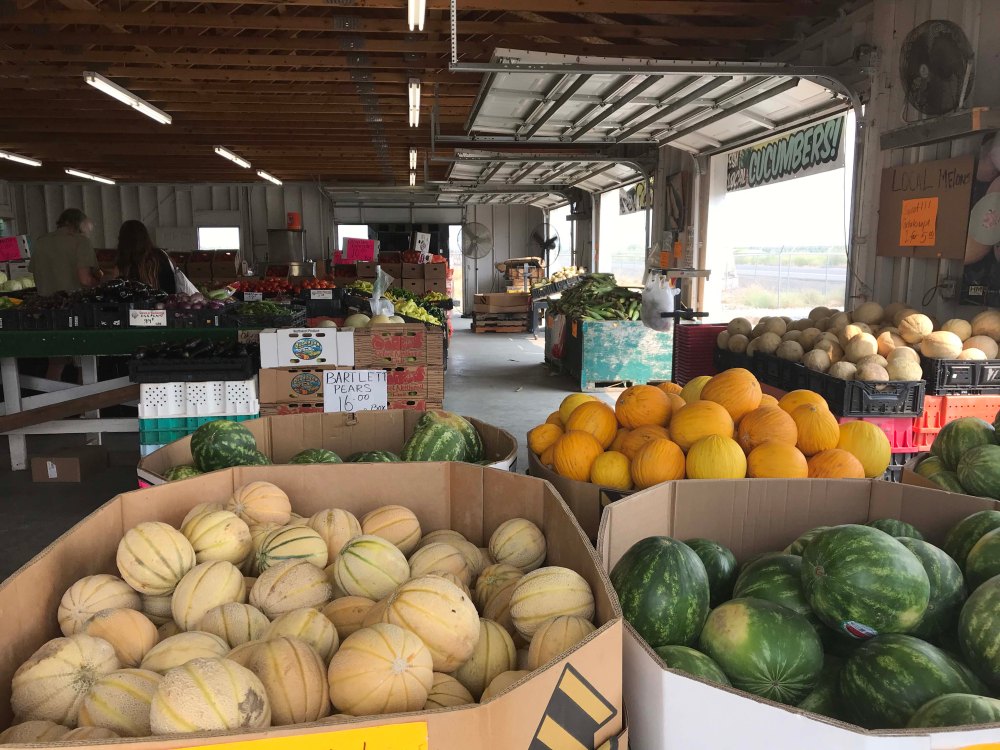 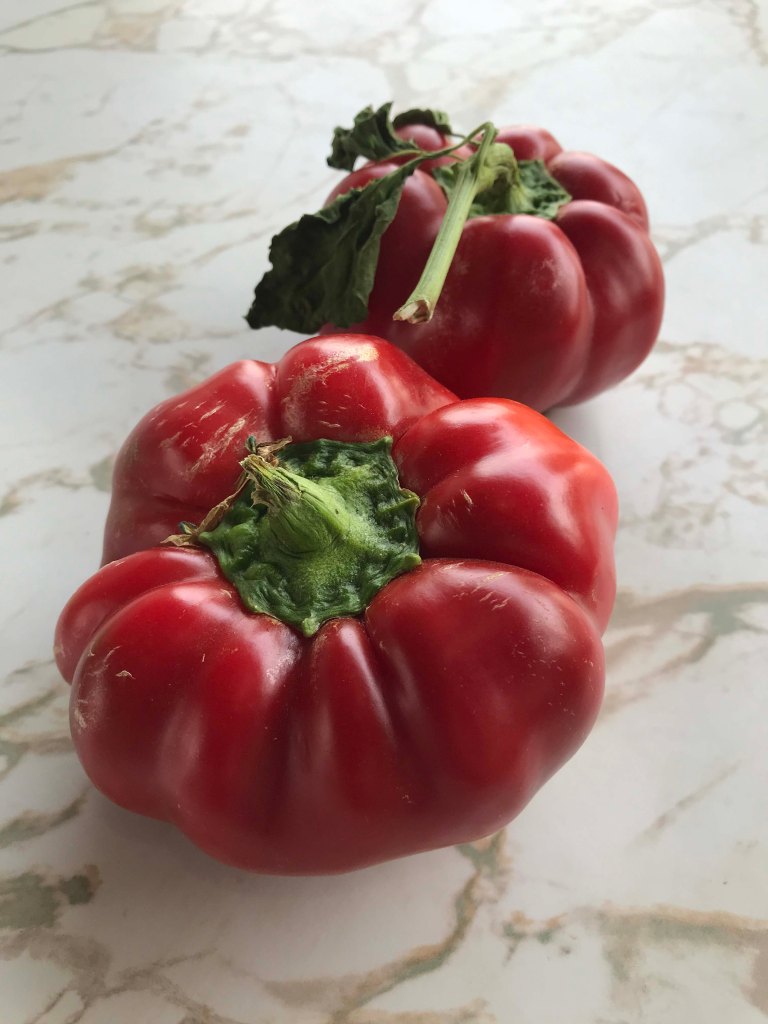 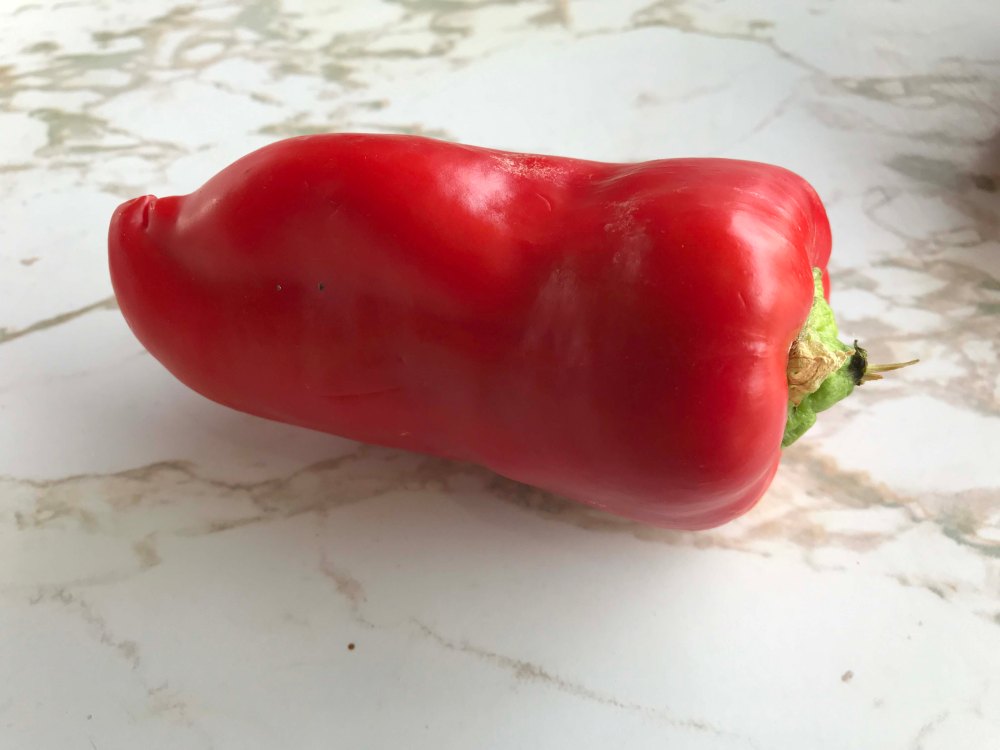 This pepper is called a Christie sweet and unique to this farm. The woman told me her grandfather traded with a Bulgarian and cross bred some seeds to create this pepper. She gave me one to try.

We also were able to buy gas really cheap on the reservation. only $3.09 a gallon, and we enjoyed the drive down to the Dalles and towards Timothy.  I was getting hungry again then so started to look at restaurants on Yelp and ran across a Vietnamese restaurant called Pho Sai Gan.  In the last two years we have been super disappointed in almost every meal we have had up here, but not this time.  First off Vietnamese is my absolute favorite ethnic food, because it’s plentiful, relatively inexpensive, and delicately spiced.  Lee has come around to my way of thinking too and after eating this meal he is definitely a convert.  The restaurant had a cool ambiance, the service was great, and the food was really good.  It was the perfect way to cap off my birthday and we are definitely coming back here the next time we want a good meal! 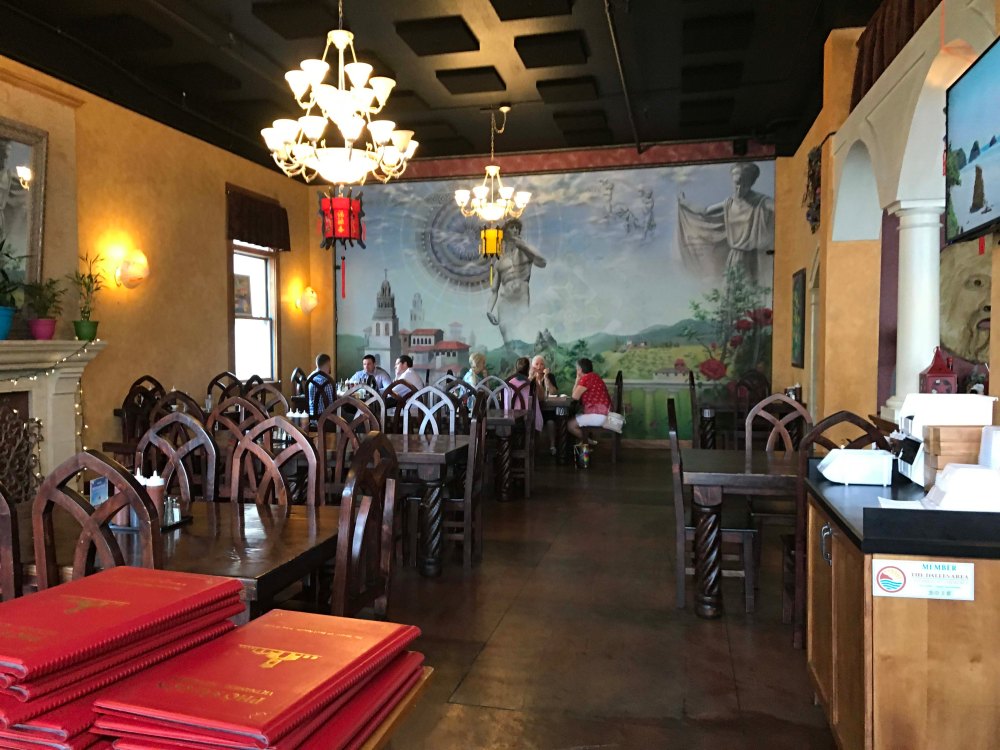 Back to work we went, but my birthday wasn’t over yet because a couple nights later a few of the camp hosts threw me a surprise birthday dinner.  I was so surprised, I didn’t even notice the decorations at first, but was super grateful when I did.  It was very sweet of them and much appreciated and we all had a wonderful time eating and drinking and of course having cake! 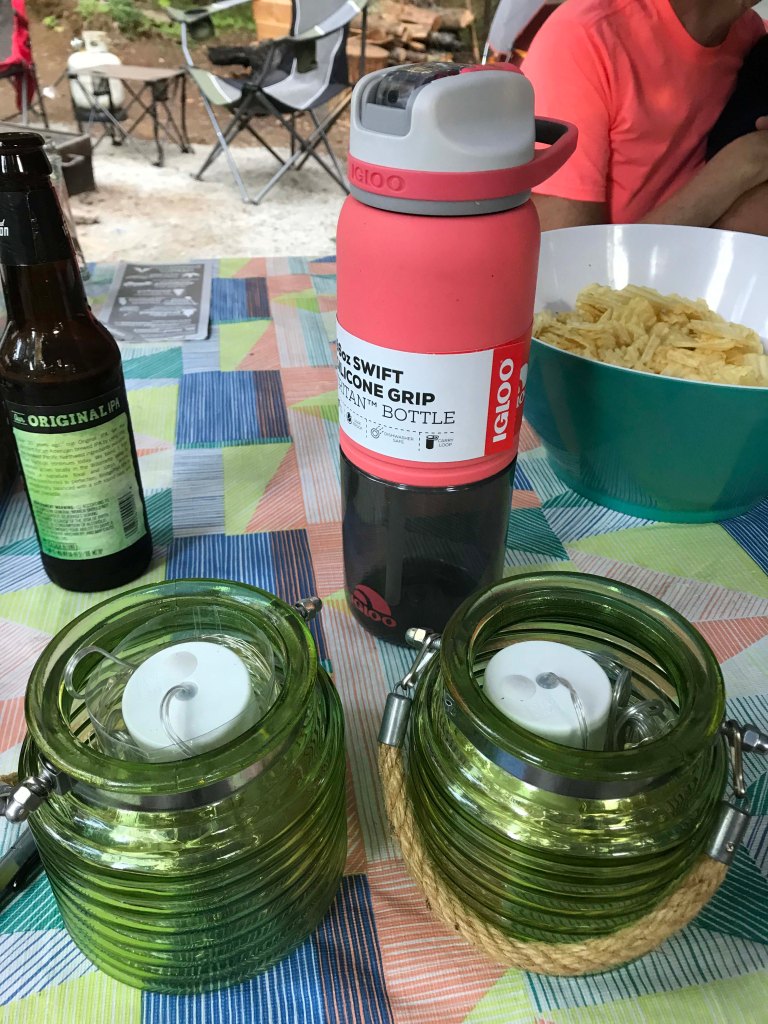 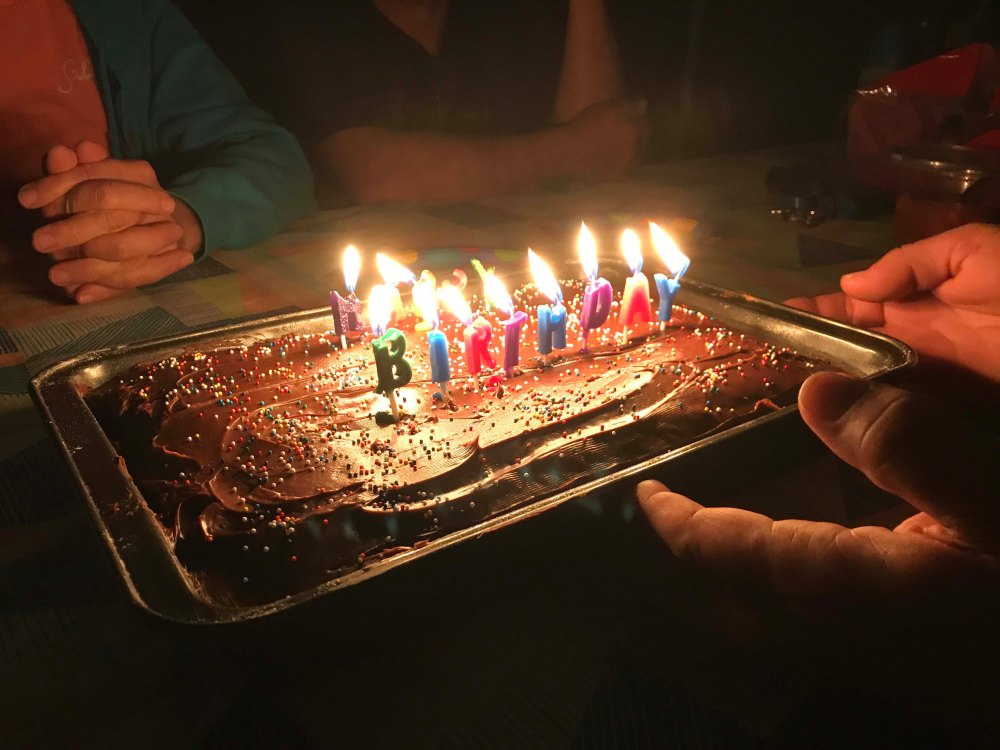 they were kind enough to go easy on the candles 🙂