Previously I was pretty harsh about some of the towns in west Texas, so I wanted to take a moment and say how much we like Kenedy. It is on the main road between San Antonio and Corpus Christi, but it also is a great example of how a town with a population of around 3K can prosper from the oil business.  The town has nice schools, two grocery stores, and several restaurants.  Whenever I go in, there are always oil people getting food or gas and it’s obvious the town is doing well.  Yes, there is a “not so nice part of town”, but the people I have met have been very friendly and there are lots of local service, clubs, etc that people can take advantage of.

This was really made clear to me when I went to get a haircut and talked at length with a young woman who grew up here.  I asked her how much it has changed and she said “so much” but she seemed happy with the changes.  Plus while I was there her mother came in and brought her a new Gucci bag she had purchased for her daughter online and seemed really pleased that she was able to afford such a present.  She admitted it was a smaller one, since that was what she could afford, but there was pride there and her daughter was obviously thrilled with the gift.  It was a sweet moment and told me a ton about how the locals were benefiting from the local economy boom, and I was really happy to see it.   Here’s some pictures of the town. 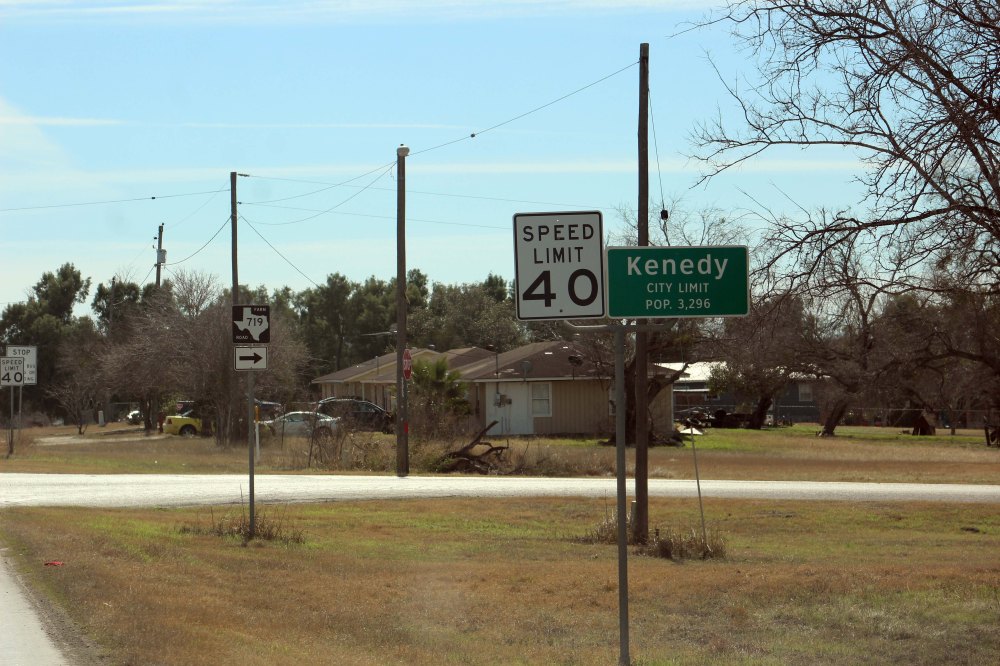 Similar population to towns in West Texas but many more services 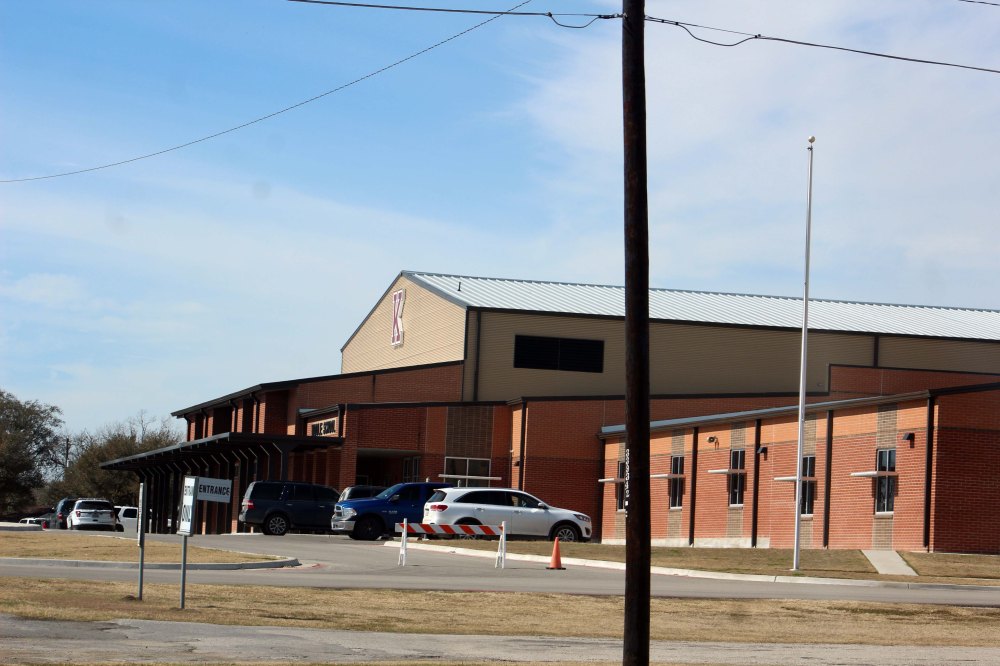 There are several newer hotels in town, which was surprising 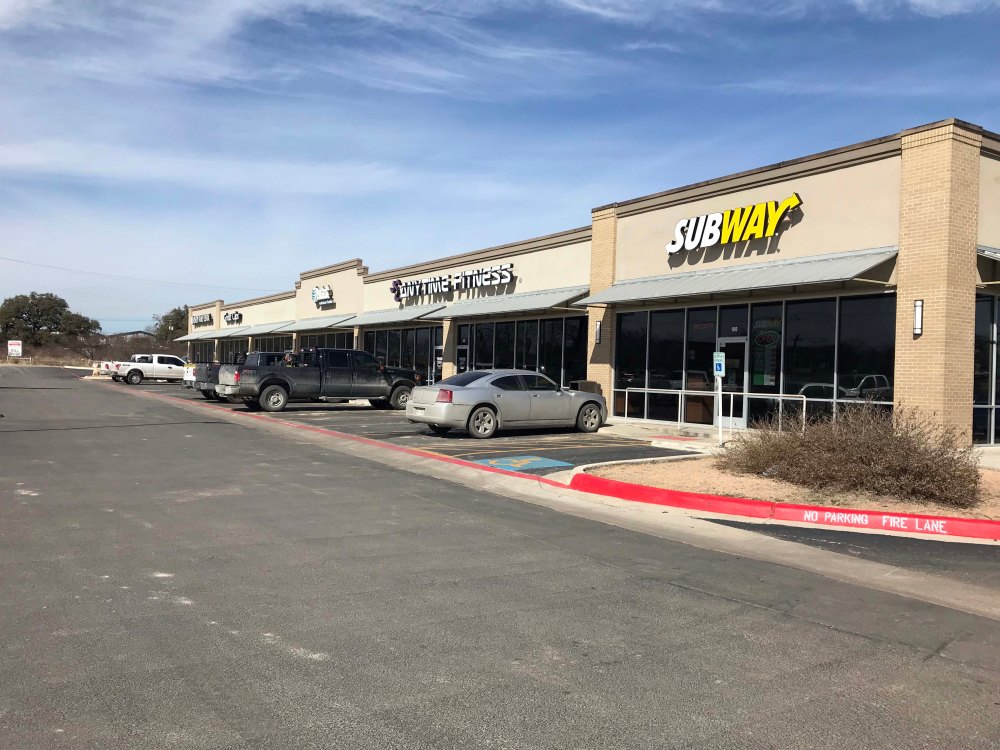 A very nice Great Clips which I went to 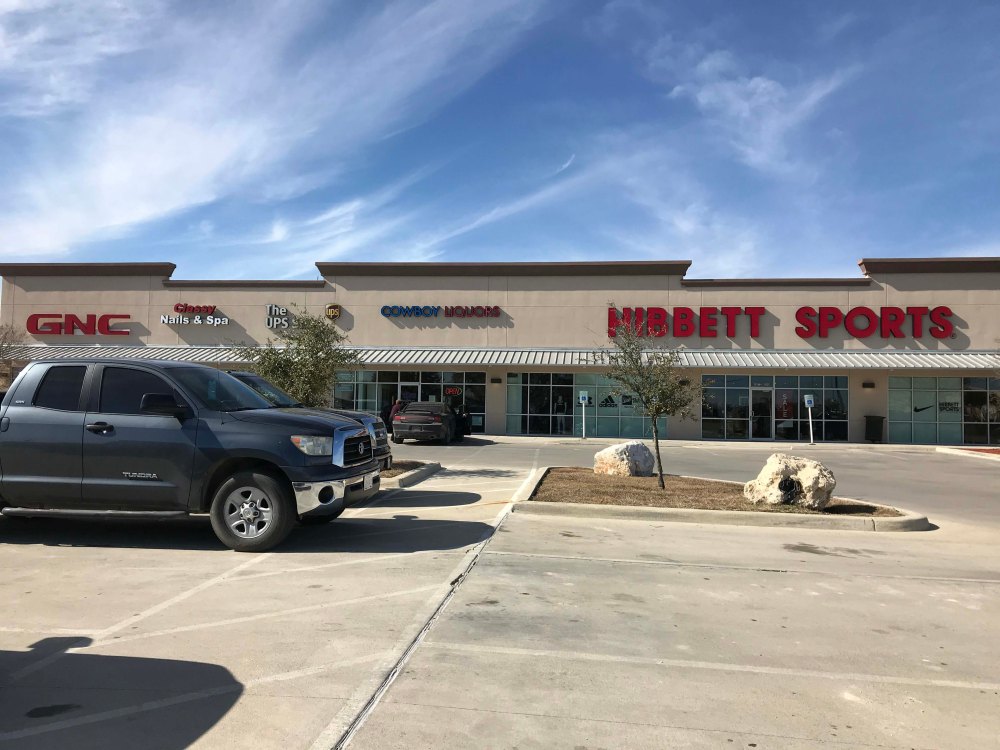 Here’s the UPS store we are using 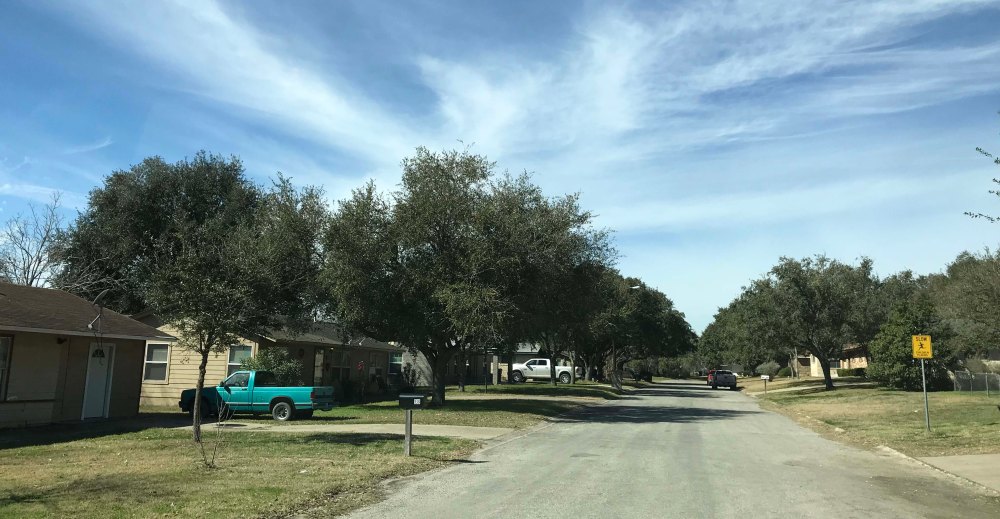 The downtown definitely needs some work, but there is some spectacular architecture on these old buildings. I hear in the grocery store they are trying to get the money together to revamp the downtown which would be pretty awesome if they can manage it

There is even a chines restaurant. It was weird a massage place was next door 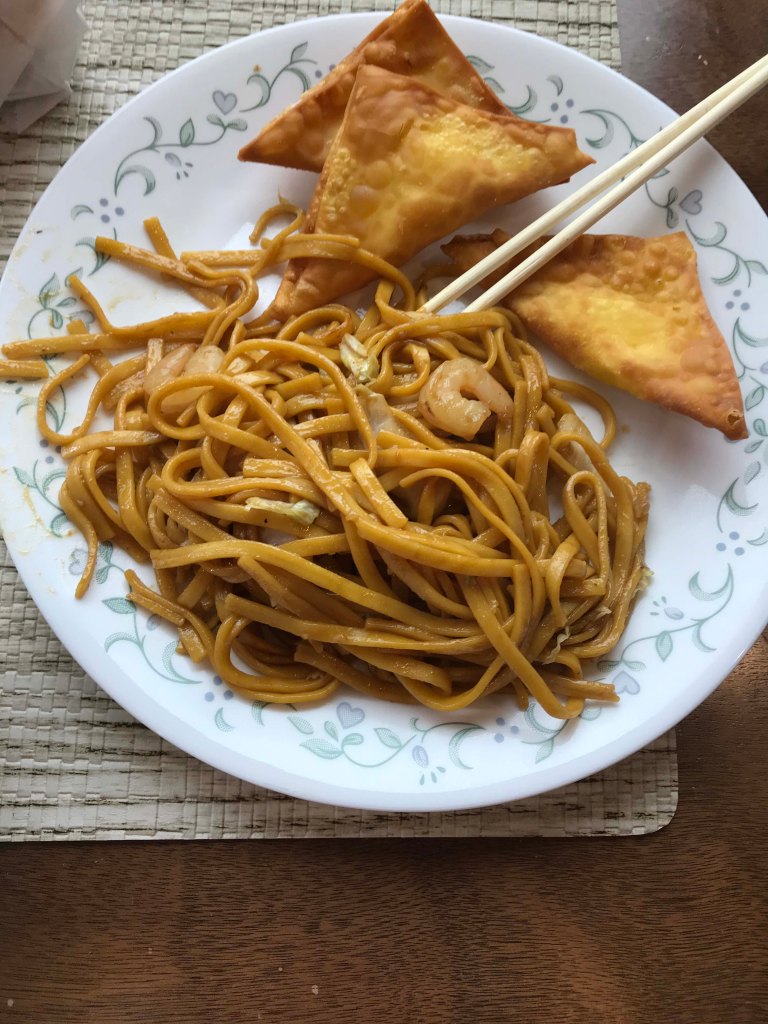 And my favorite thing is this large hospital with an emergency room!! It’s comforting to be so close to services just in case.

Big fan of Kenedy.  I also made the drive up to see Cori and Greg to watch the Superbowl.  It fell on our anniversary, but Lee was very nice and covered for me because I am a long time Patriots fan and Cori is a long time Eagles fan.  The fact that we were near each other when both of our teams were in the Superbowl was too good to pass up and Lee was just fine as long as I brought him back brisket!!  I also got to see Linda and Steve and Kelly and Bill who had just arrived at the campground.  Good times were had by all, although I was definitely outnumbered and it was a great game.  I was really happy for Cori that her team finally got their ring.  Truly it was a great game and a wonderful opportunity to be with friends.

I walked into their camper to see this sign

And a little bit later to see this one.  Not nice!!

In case you can’t tell this is the bathroom

No it was funny and I did enjoy the philly themed food.  The hot pretzels were really good.

My favorite was this homemade ice cream flavored with Red Shasta. Yummy!

Hobie didn’t like the underdog signs at all.  I think he’s a secret Patriots fan 🙂

They also had two TV’s set up.  One outside and one inside which was nice and we were able to have a fire as well.  Really cool way to watch the Superbowl and I loved seeing everyone.  It was a long 2 hour drive home, and Lee was a trooper because he stayed up so late, but again glad I did it. He worked a 19 hour day so I could go.  That’s quite an anniversary present.

Bill enjoying the outside TV 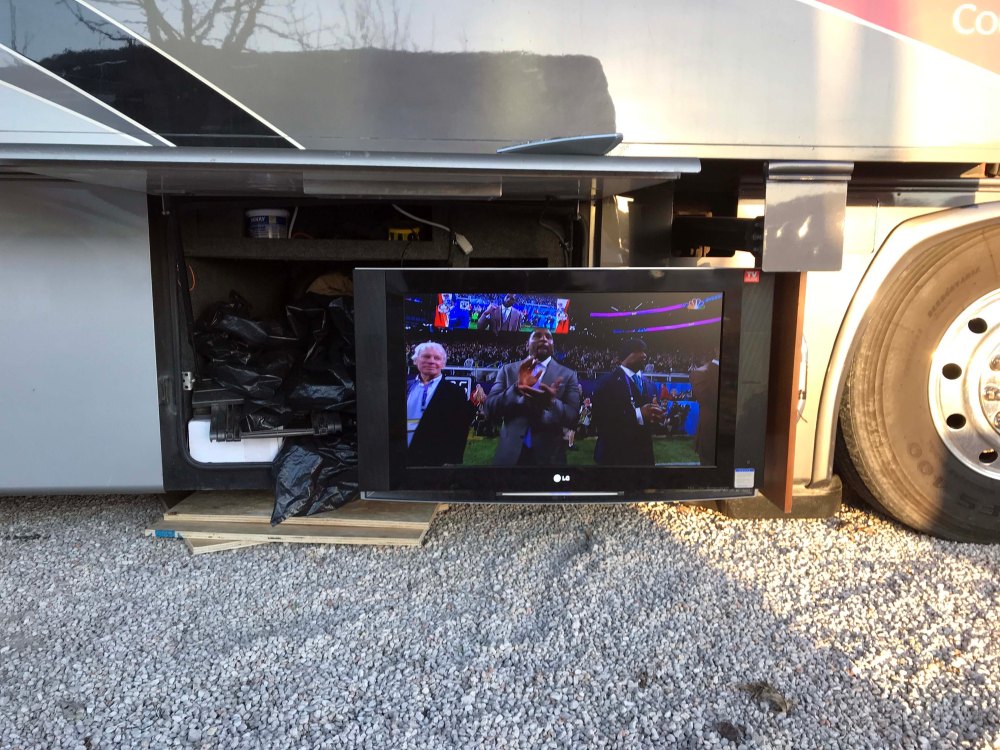 Great picture on this outside one 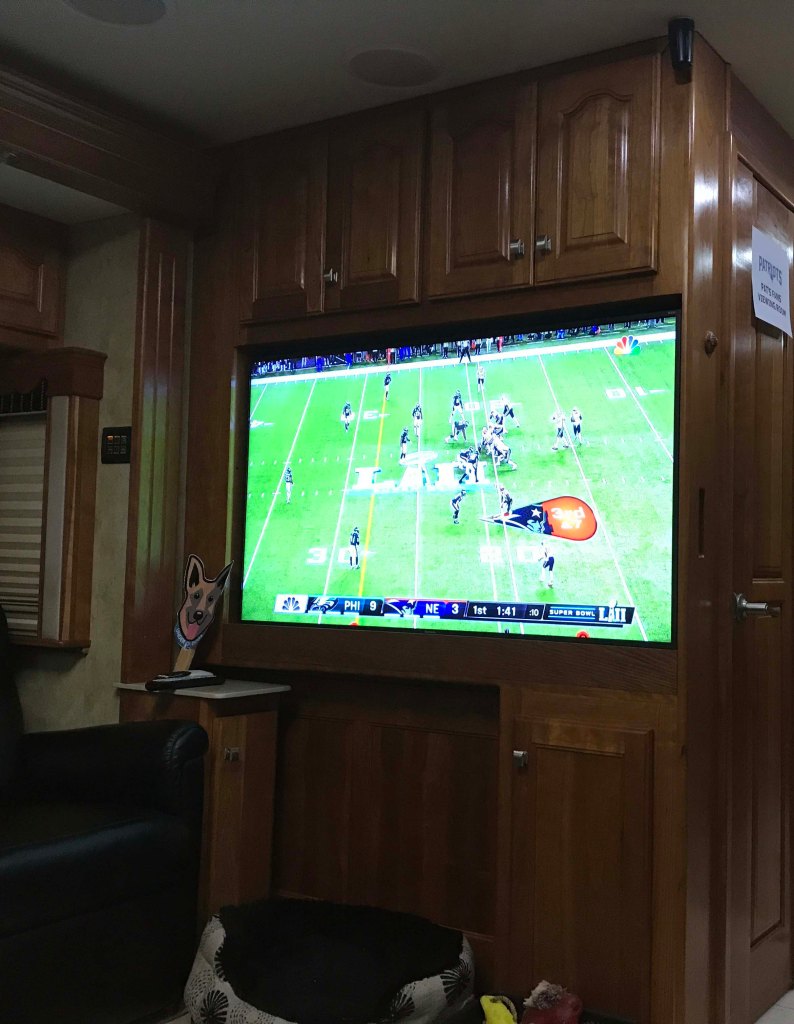 And the inside was great as well. I went back and forth between inside and outside and they both worked great 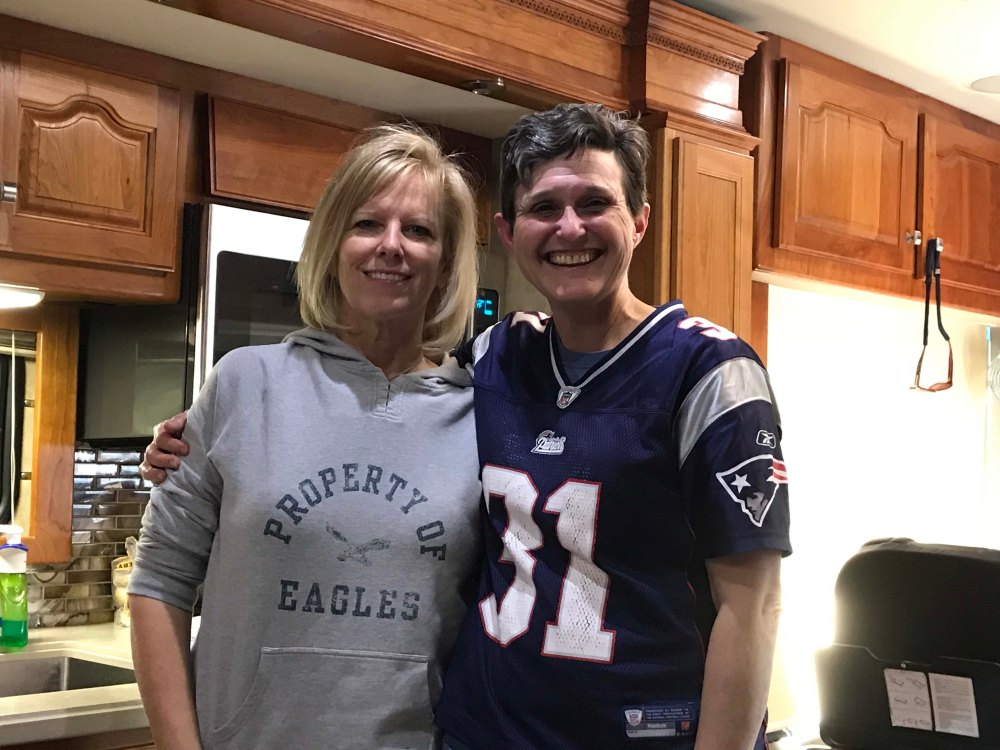 And Cori and I stayed friends 🙂

5 thoughts on “First Time in Kenedy and The Superbowl”