Sunday despite the over 100 degree temperatures I really needed to go somewhere.  So when we heard about a nearby lavender festival I decided to give it a try.  Asking Lee to go out at noon in that kind of heat is not done lightly, but he loves me, so he decided to come along.  Lavender farms are very common here, and although I don’t like the smell of lavender particularly, I did want the opportunity to photograph them.  It was a small festival, really just two farms, but it was nice and although we didn’t stay long I was happy with the pictures I got. The festival itself was at Eagle Creek Lavender, and it really was a beautiful place.

The fields were in bloom 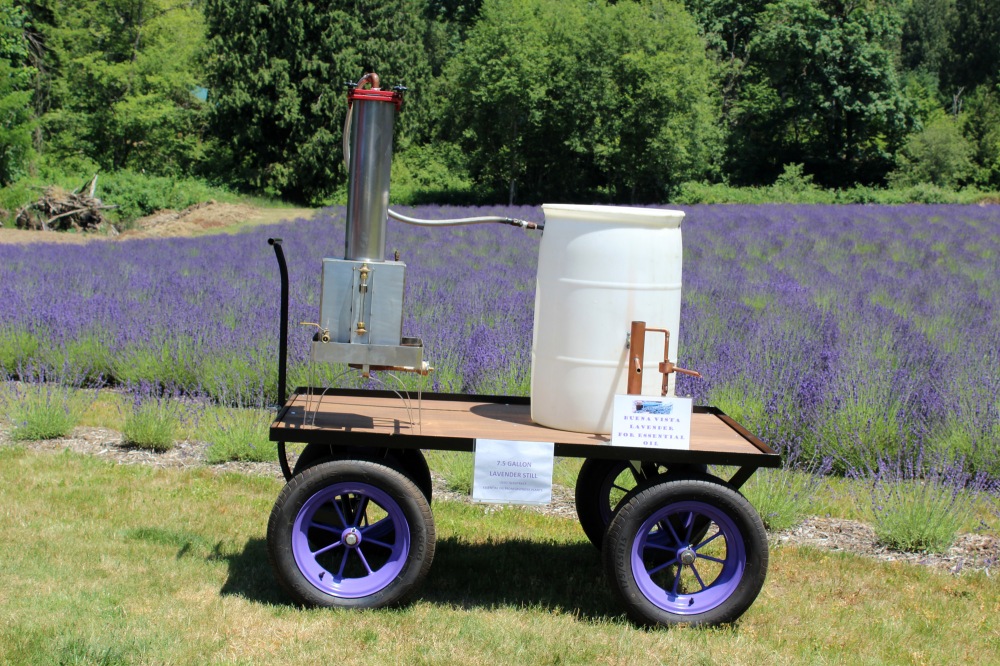 They had a lavender distilling machine

And some pretty cool drying racks.  You know it’s hot when lee is in shorts and flip flops. 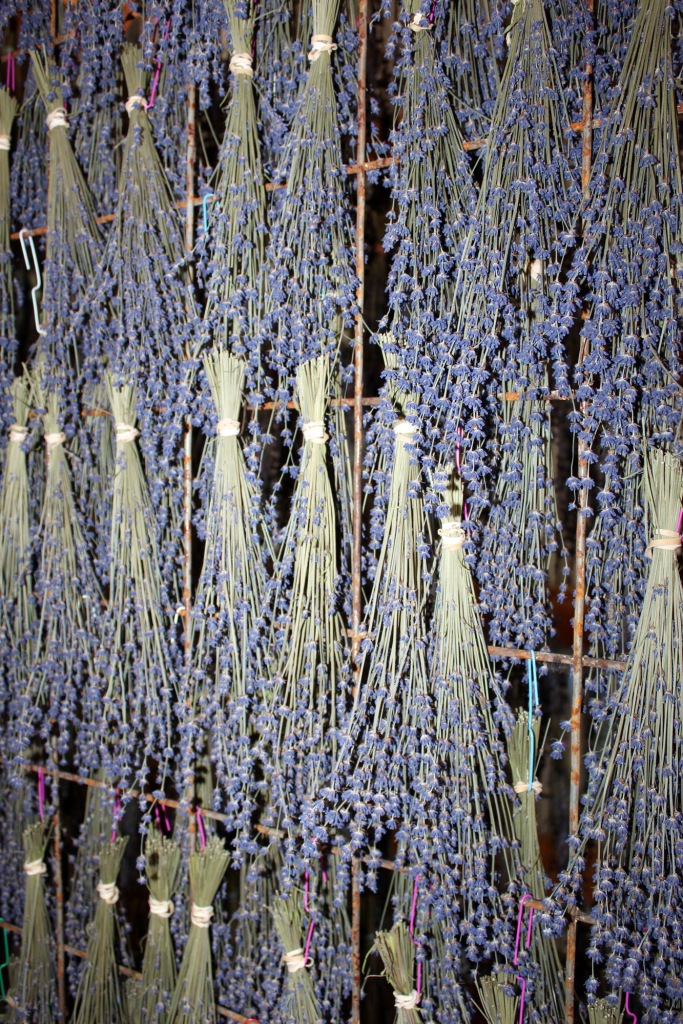 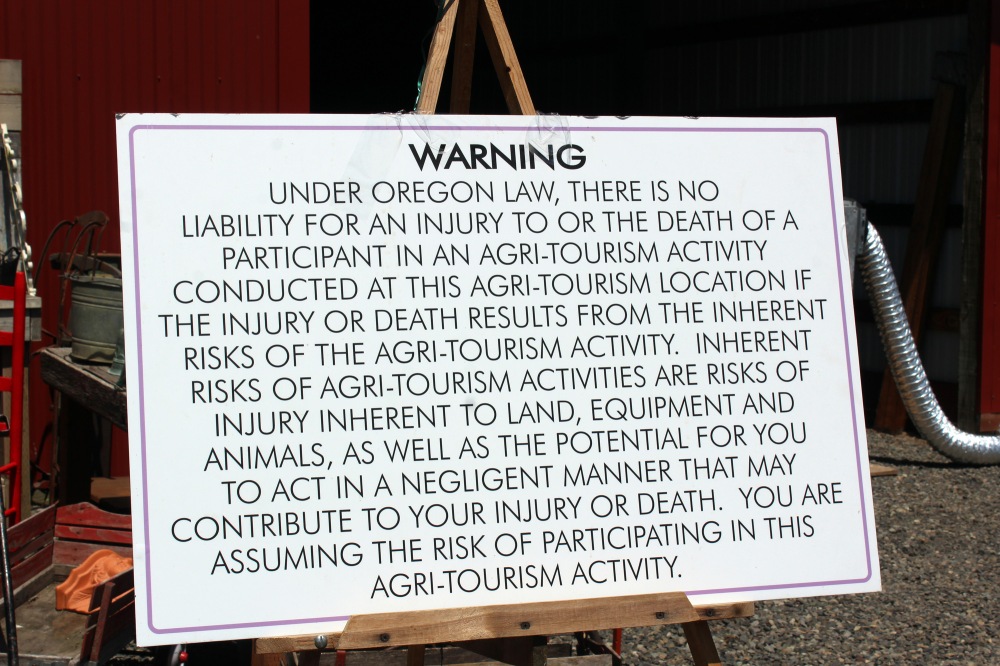 This sign was in two places at the festival. Not sure what kind of crazy lavender accident they were expecting, but it was pretty clear they had no liability if one did

The best part was this really great gift shop 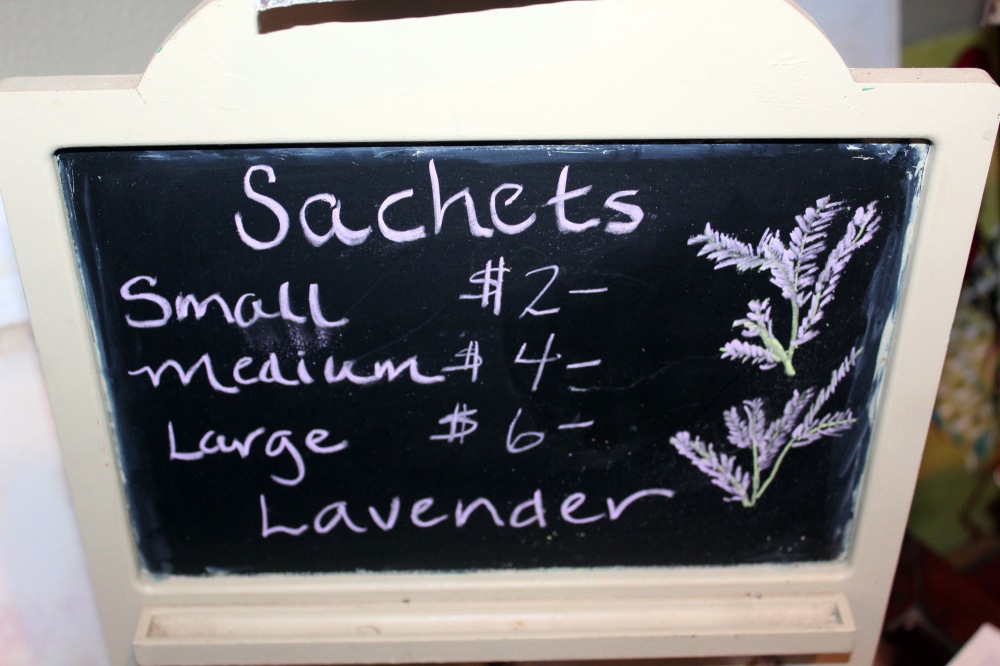 Sachets were super cheap, but despite going to the source I still didn’t like the smell 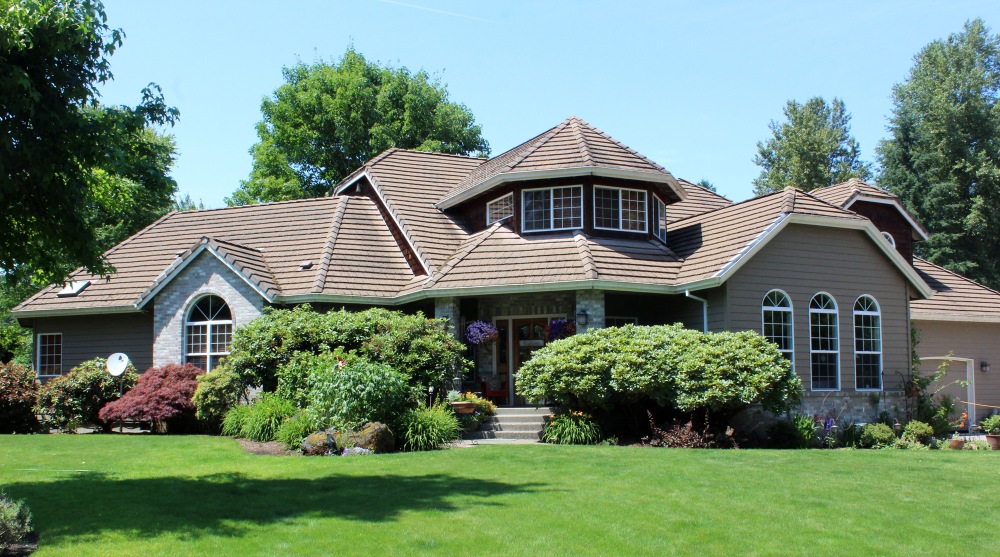 The house on the property was VERY nice. The lavender business must be a lucrative one 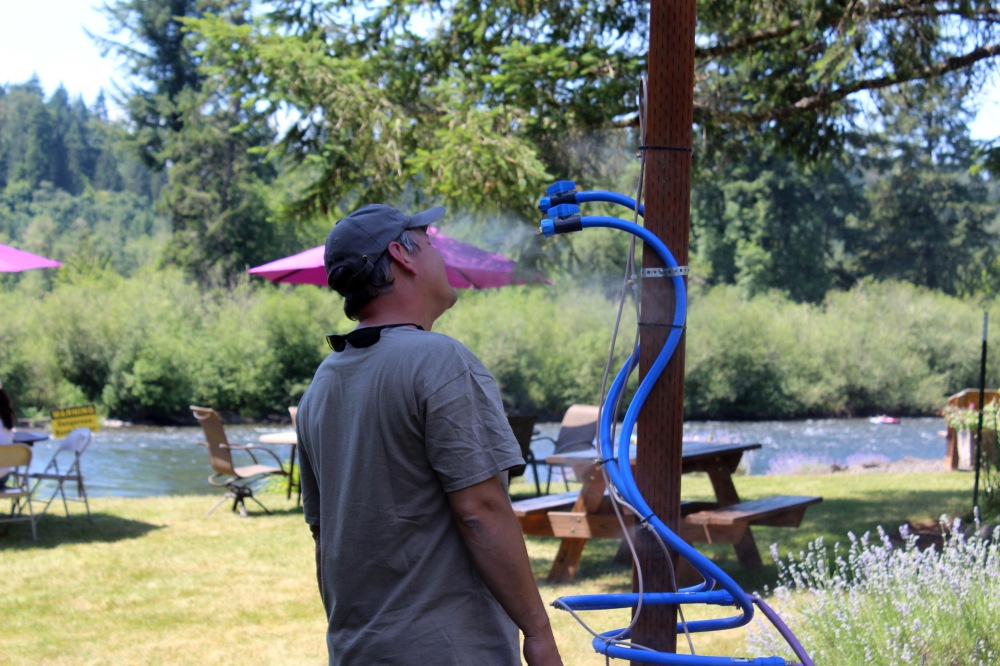 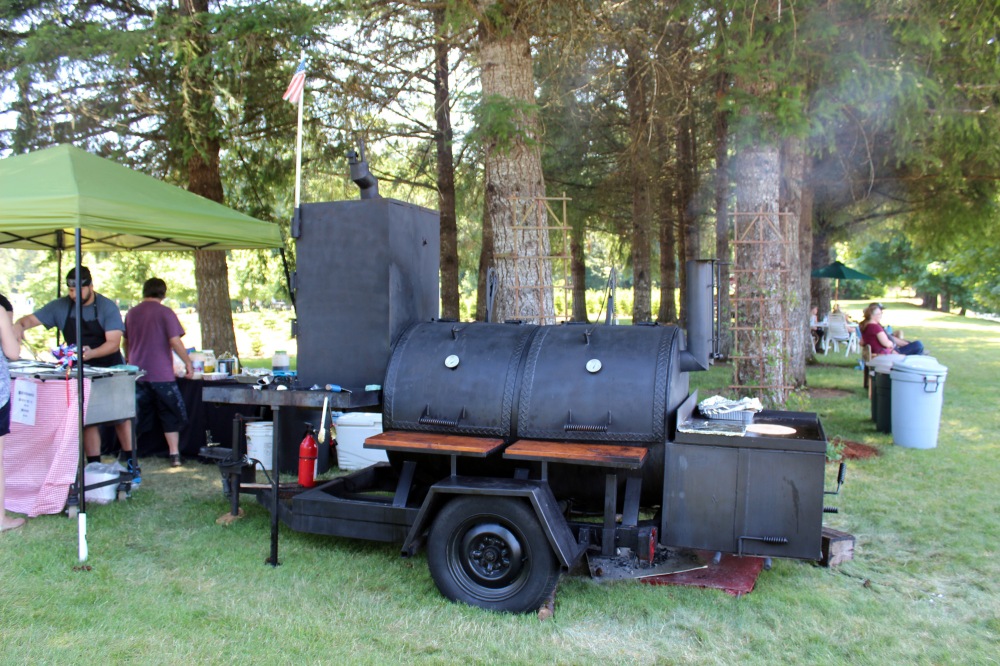 They had some BBQ available for sale 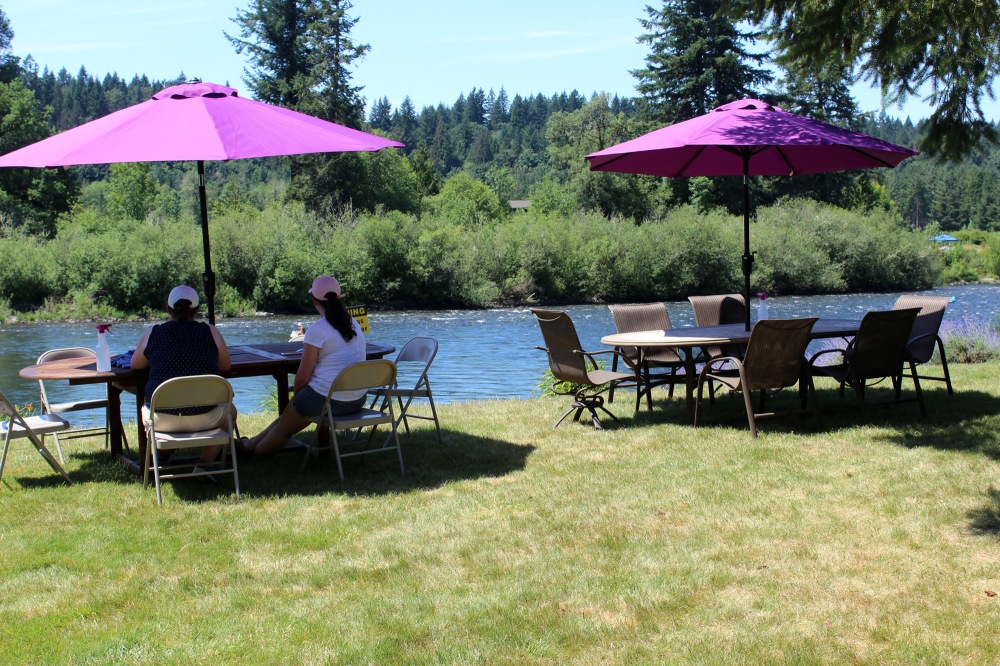 And picnic tables along the water

We saw lots of floats in the river

And you could watch them go by. We really want to do this, but there are limited put ins and take outs along the river, so it will require some planning

It was pretty hot after looking at the cars so we drove down the road to the next farm.  Our fellow camp hosts had told us they had a beautiful view of Mt. Hood and it didn’t disappoint.  The farm itself was closed when we got there, but we were able to take a couple of pictures.  Their lavender was planted in concentric circles, which was really cool, and was much bigger and prettier than the other farm.

Mt. Hood in the background 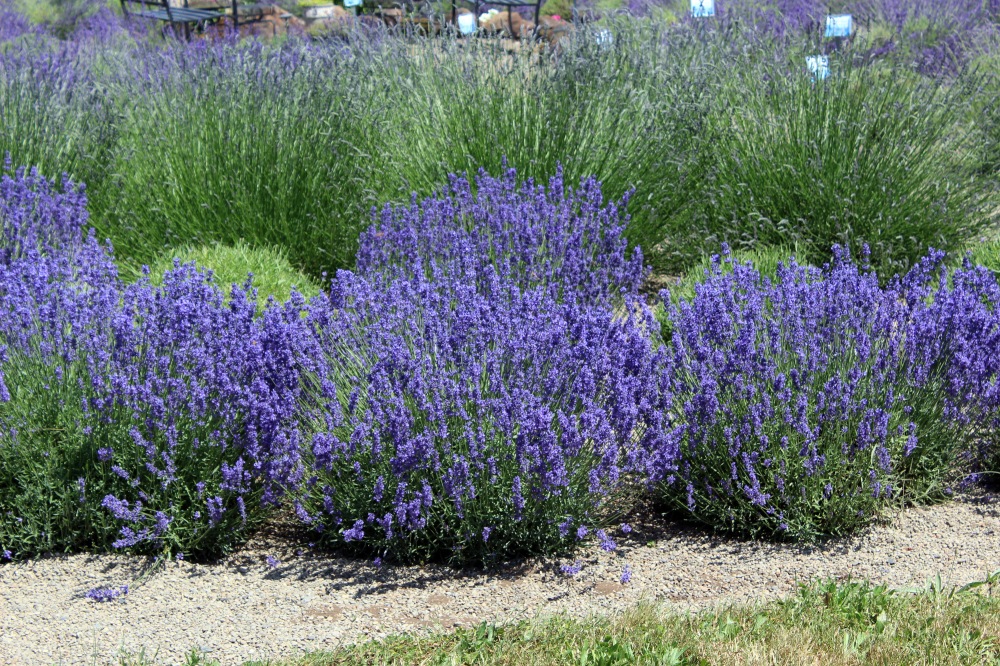 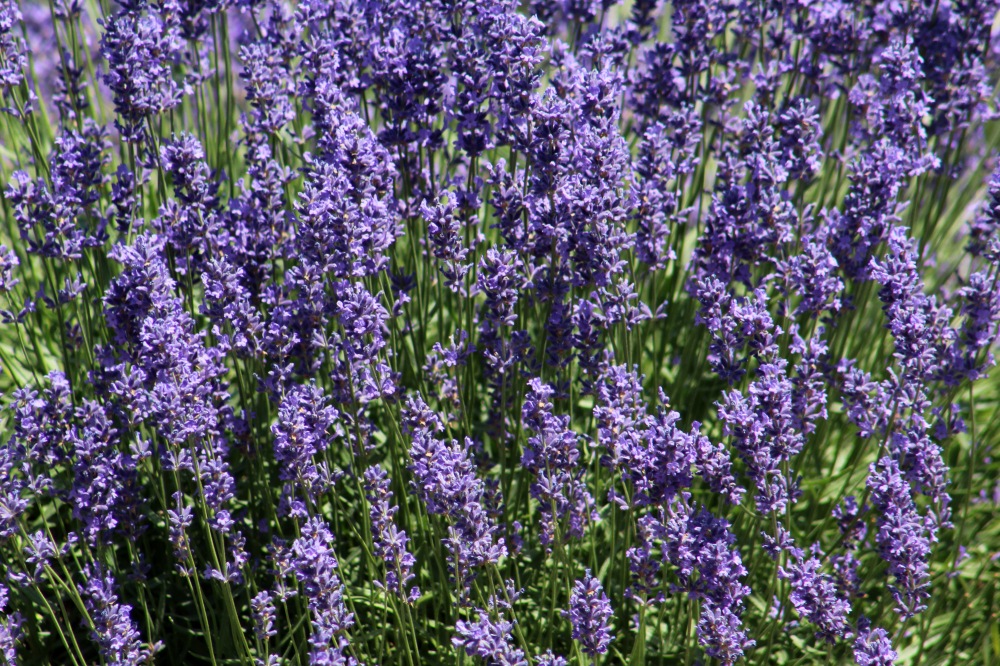 It was nice to get out for a little while, but we had to get back to work by 5:30pm, and it was a hot one.  Still, I was glad we at least got to do one thing special during the week.  Monday was a regular work day and then on Tuesday we received a visit from Kat and Bert.  We met them at the 2016 RV-Dreams rally, and they were passing through on the way to a volunteer job in Klamath Falls.  I was a little worried that their rig would be too big for our campground, so received permission from our boss to have them stay next to us and boondock for a couple of days.  It was great seeing them and thankfully the temps were much cooler, so we spent lots of time eating meals and sitting around the fire and talking.  Kat, Bert, and I did take a tour of our river sites one day, and we went in and walked around Estacada a bit.  The town is all dressed up for the upcoming Fourth of July celebration and looked really cute.  Since I haven’t really shared many pictures of the town, I thought now was a good time to get some pics.

Sitting around the fire and catching up with Kat and Bert

I did take them down to see the ospreys 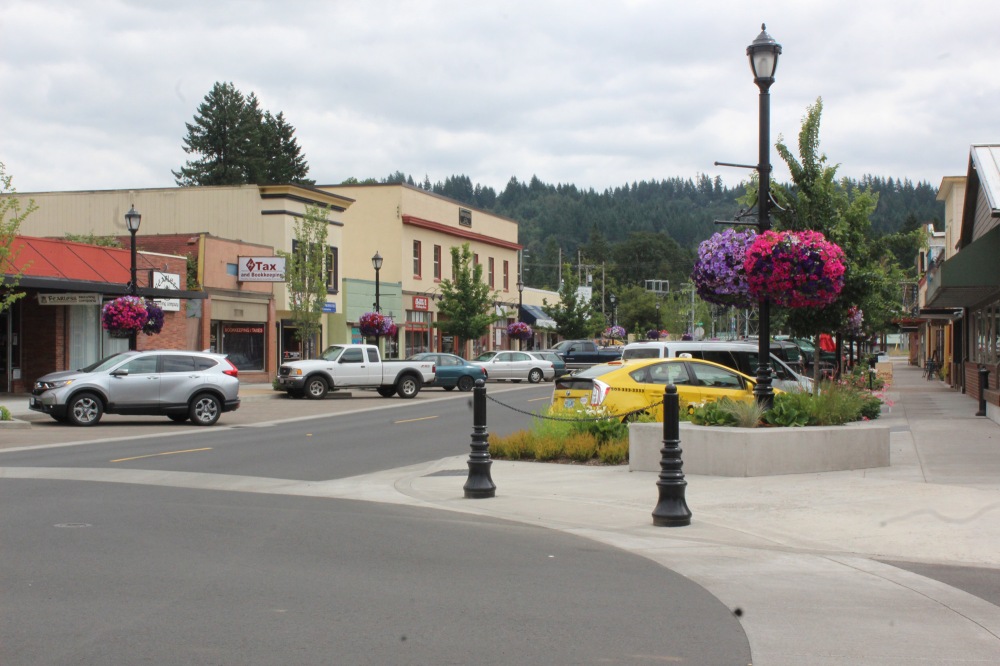 And the town of Estacada looked great with the flowers blooming 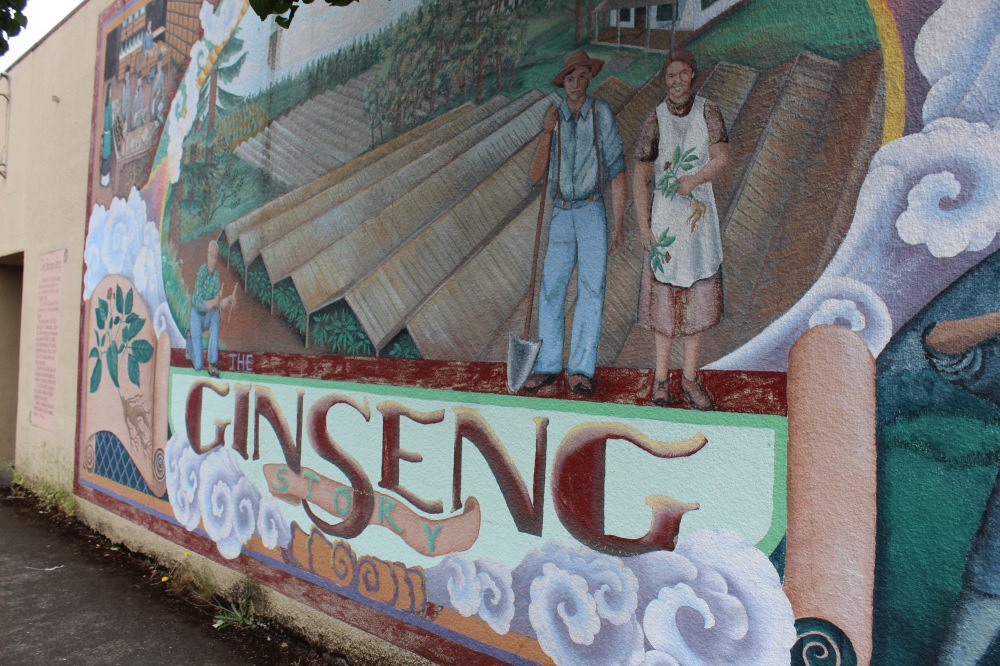 This one, on the local grocery store, is my favorite 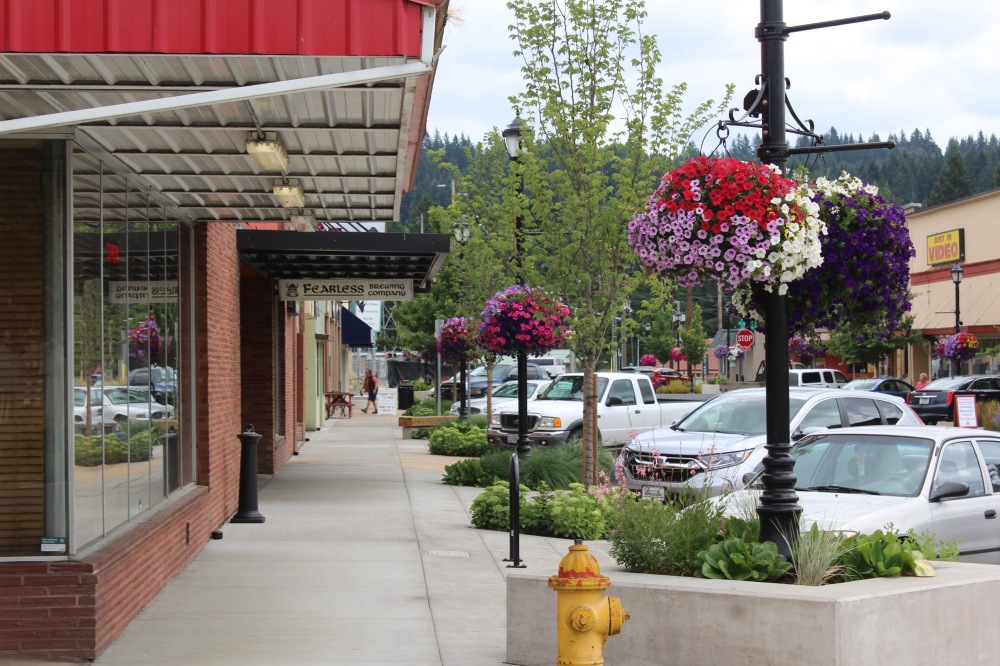 Bert was excited to try the local brewery

And was super bummed that it didn’t open until 4pm 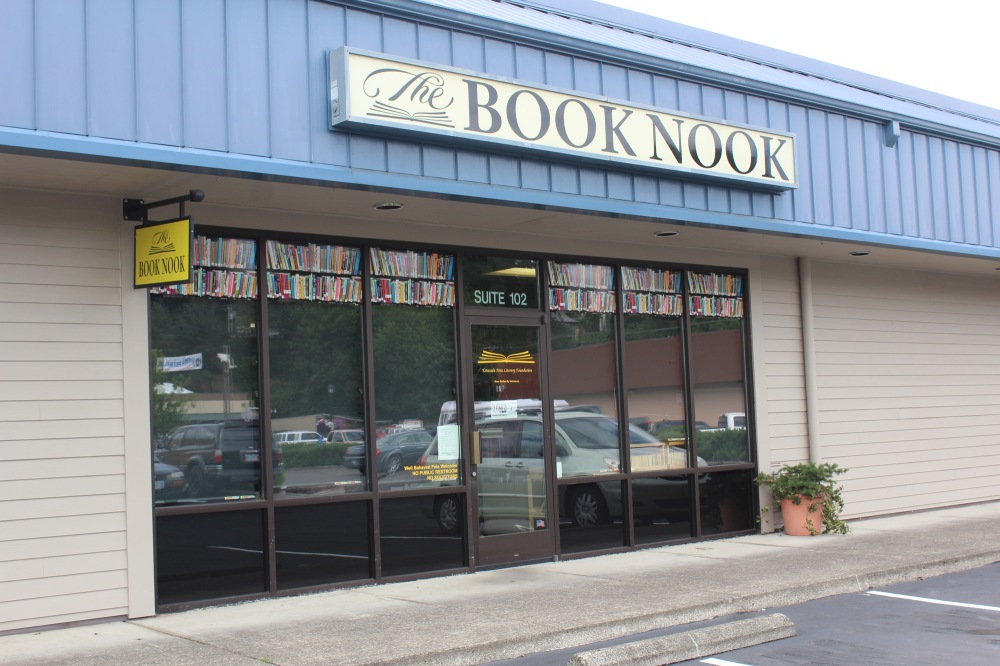 So we went to the book store, but it closed at 3pm so we just kept wandering around 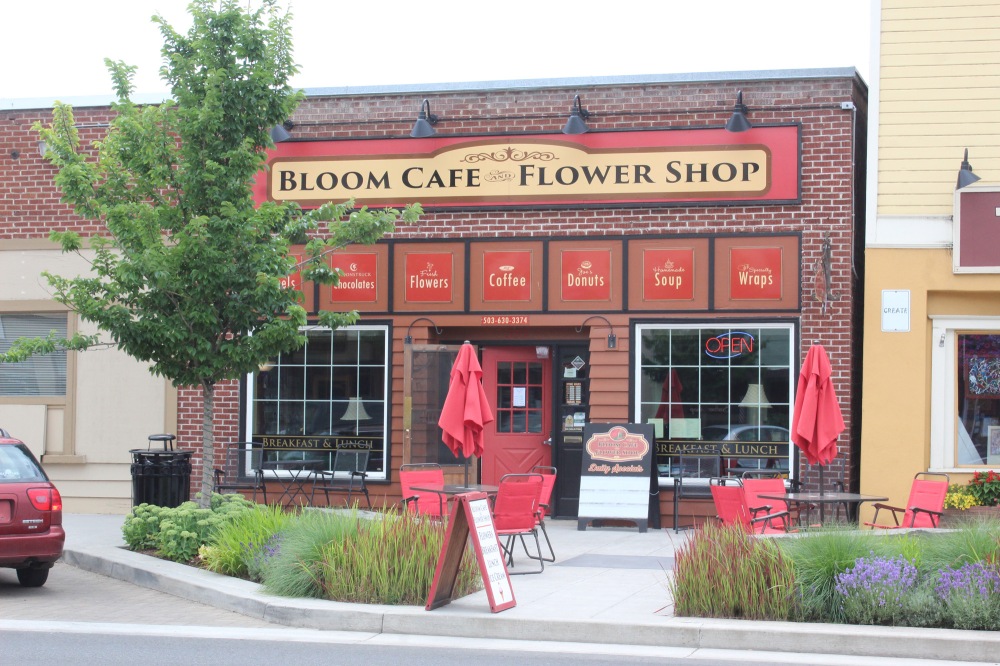 This one is on the side of a local bar and I have to admit the naked motorcyclists is a bit odd. The expression on her face was priceless though

After the tour, we bought some local beer and headed back to the campground for a fantastic steak dinner.  It was so nice for them to go to the trouble of seeing us and we are making plans to meet up in crater lake which will be near their volunteer gig.  Loved seeing them and love our RV-Dreams family!!

7 thoughts on “First Time at a Lavender Farm”