We were pretty excited when we learned the Upper Clackamas White Water Festival would be held in the area we were working.  I have had the opportunity to go white water rafting twice (read about one fun trip here), but I have never seen a festival.  From what we were hearing some really amazing athletes would be participating in the event, plus it would be tons of fun to watch.  Although we were working both days (Lee covered the river sites and I helped in the information booth on Saturday) we did have some time to take some pictures.  Not only is watching the festival a blast, taking pictures was really fun and challenging so I wanted to share some of of our favorites here.  Lee took most of the river and festival shots, but I got some good ones of the paddleboard events, which were my favorite.  I hope you enjoy them.

And several vendors who specialized in rafting equipment

Lee got to see how the new boat ramps worked 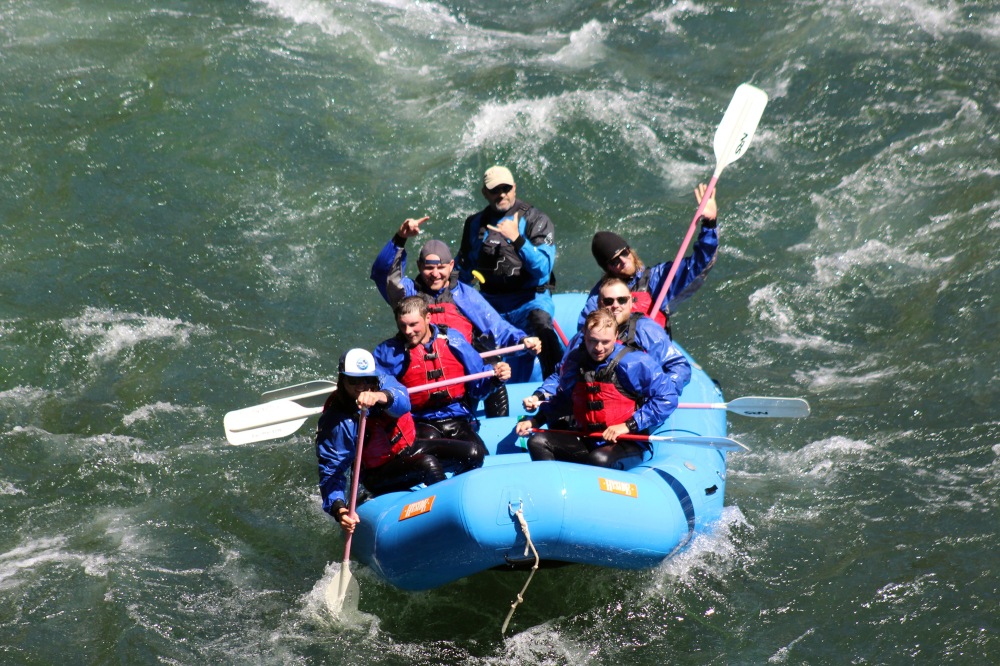 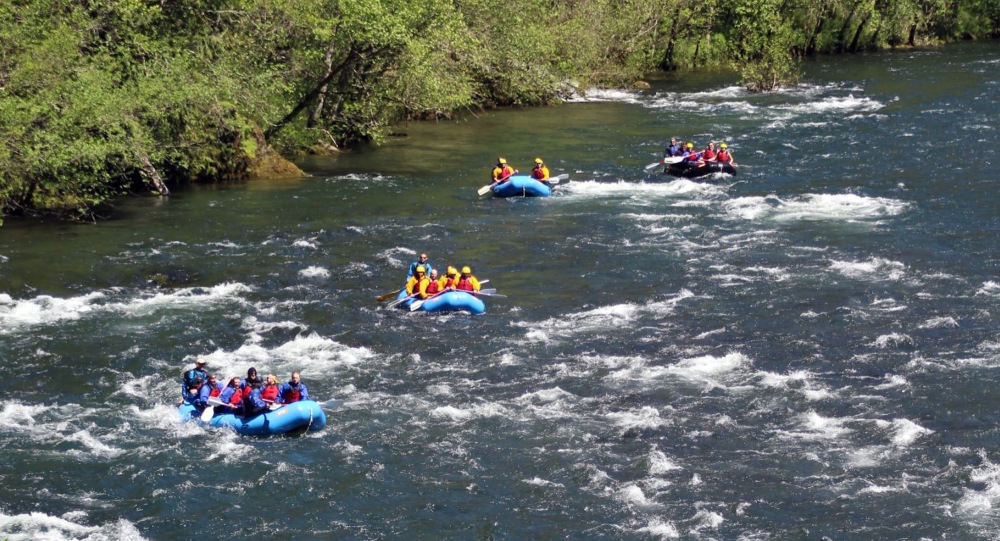 Many people were just running the river for fun that day and it was cool how the event schedulers worked personal recreation traffic in the more formal events. Not quite sure how they managed that but it obviously worked and showed what a tight knit community it is. In between heats they also allowed people to do practice runs or just takes runs with their families through the race area which was also really cool and not something I think I have ever seen in any other sporting event.  Most events happened at one set of rapids near Carter Bridge and people sat on rocks or down near the river and they closed off one half of the bridge so you could stand there and watch as well.  We liked the bridge spot for the best views and most of our pictures were taken from there. 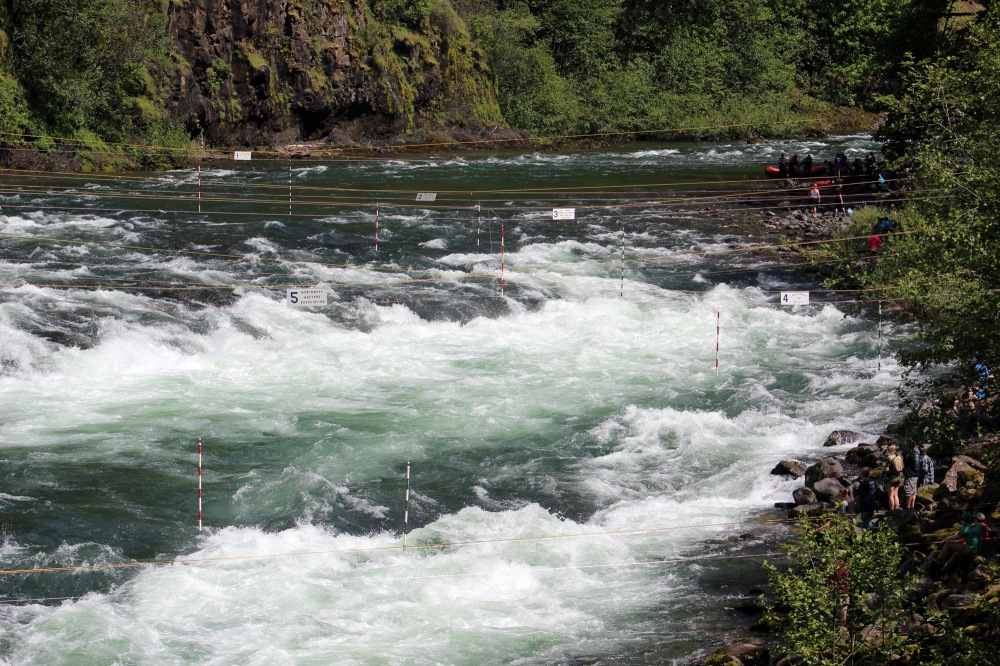 There were 7 gates and the poles that hung down could be moved with a pulley system. Part of the challenge for the rafters was not missing any of the gates. 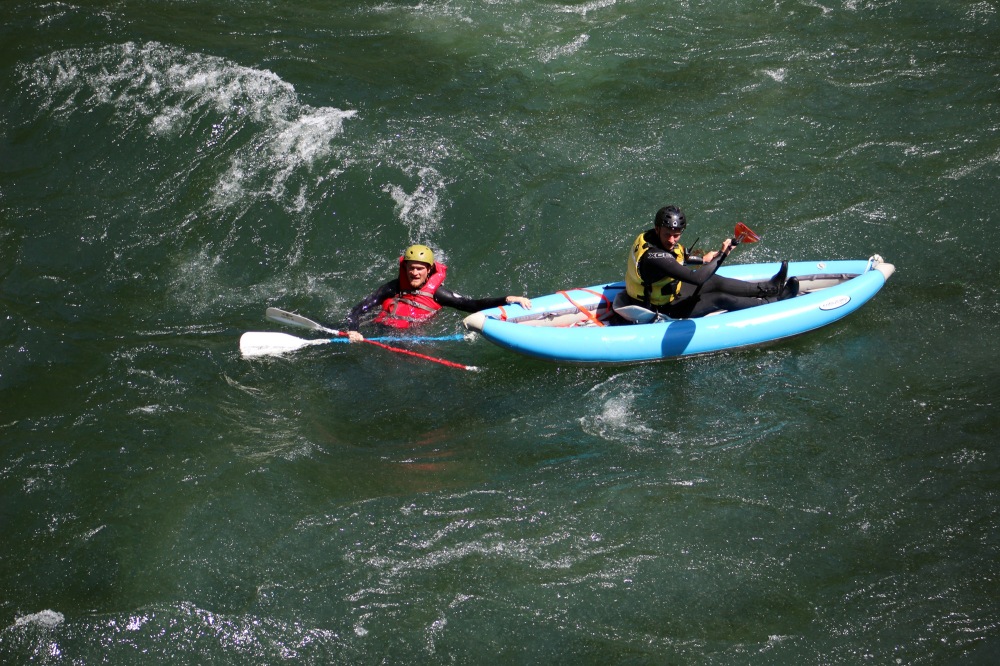 They had safety boats in the water at all times and occasionally someone wiped out, couldn’t recover, and needed a lift 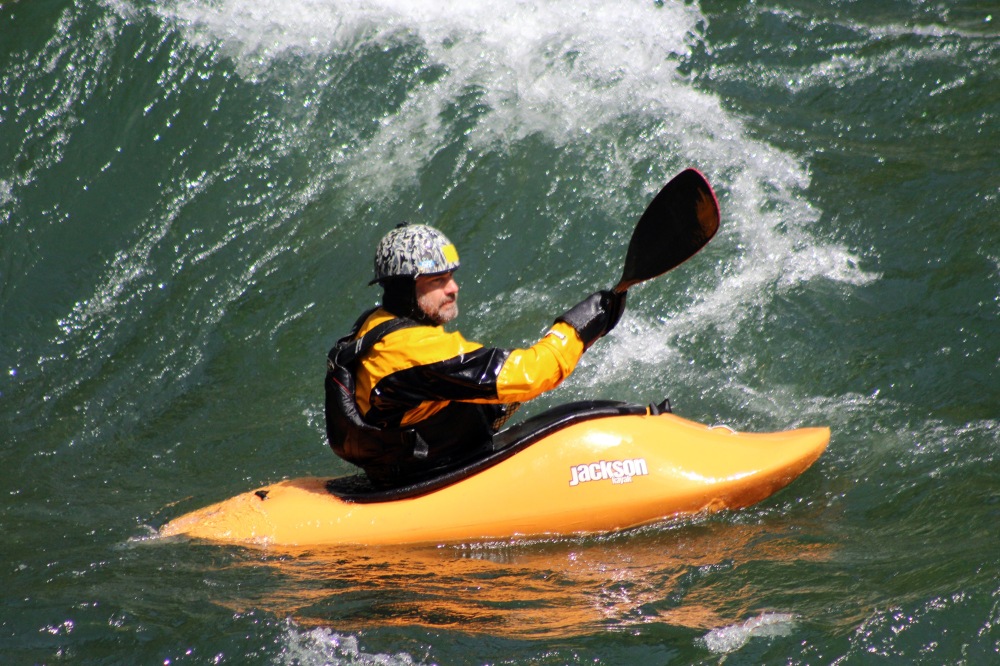 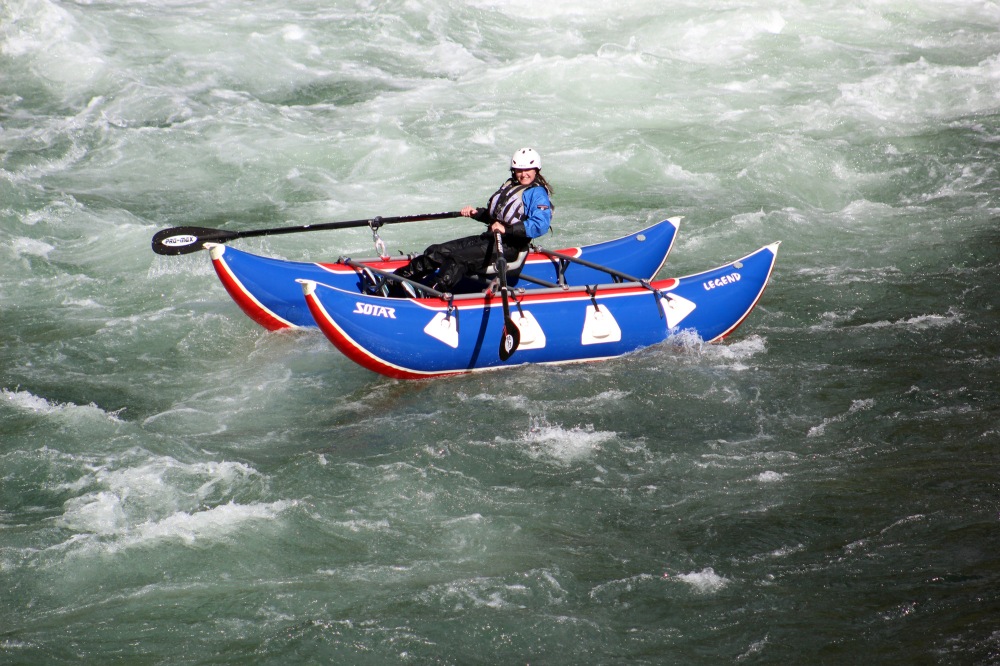 This run in particular was really good and her upper body strength was impressive.

This was impressive.  Big boat one guy. 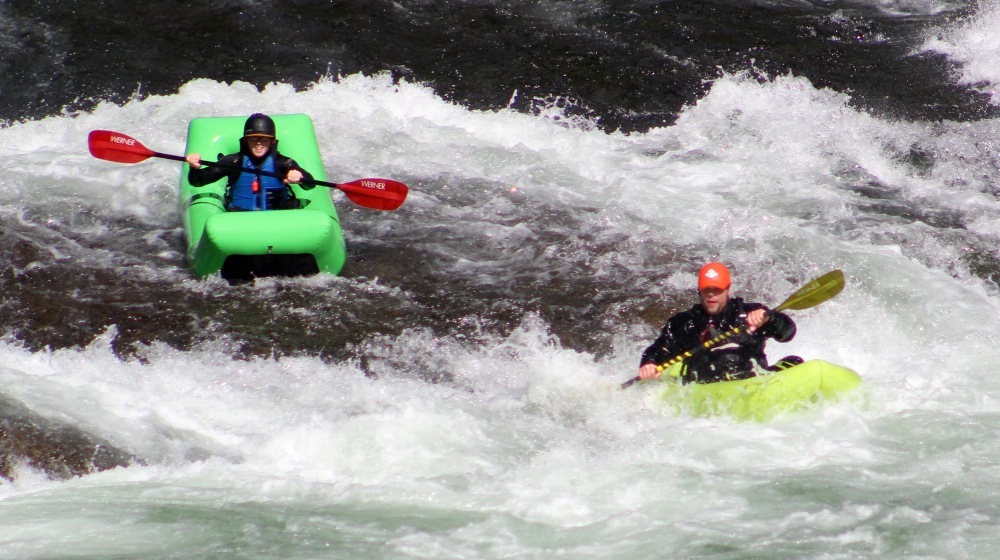 People went on runs with their kids and family. The kid in the green boat on the left looked like he was 12

My favorite event of the day by far was the SUPs or Stand Up Paddle Boards.  I learned this technique had started in Hawaii and was hitting the paddling world by storm.  The fact that they could run these boards through the rapids was absolutely amazing and I was lucky enough to spend some time with the owners of Clackamas River Outfitters who participated in many of the events.  Luke, one of the owners, used to be part of the Pabst Blue Ribbon team and now rents equipment right down the road from us.  His wife Tanley was kind enough to answer my numerous questions and let me know when the best events would be happening so I could get some pictures.  Super nice people and I was really glad I got to hang out with them, because their booth was right next to mine in the main festival area. 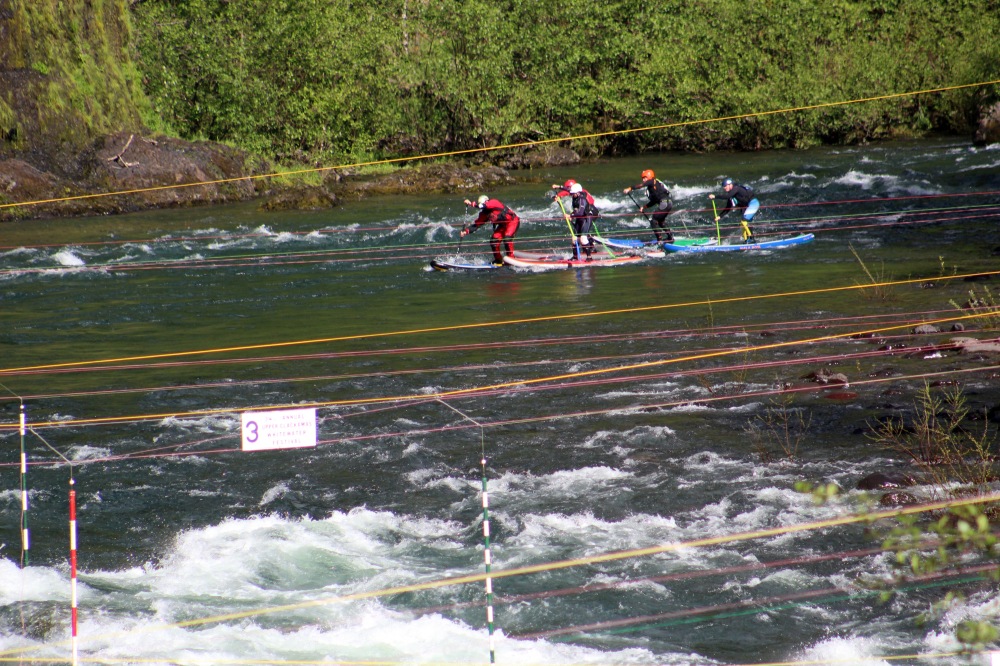 The start of the SUP final

Luke has the orange helmet. He volunteered to start at the back of the pack since they can’t all start at the same place 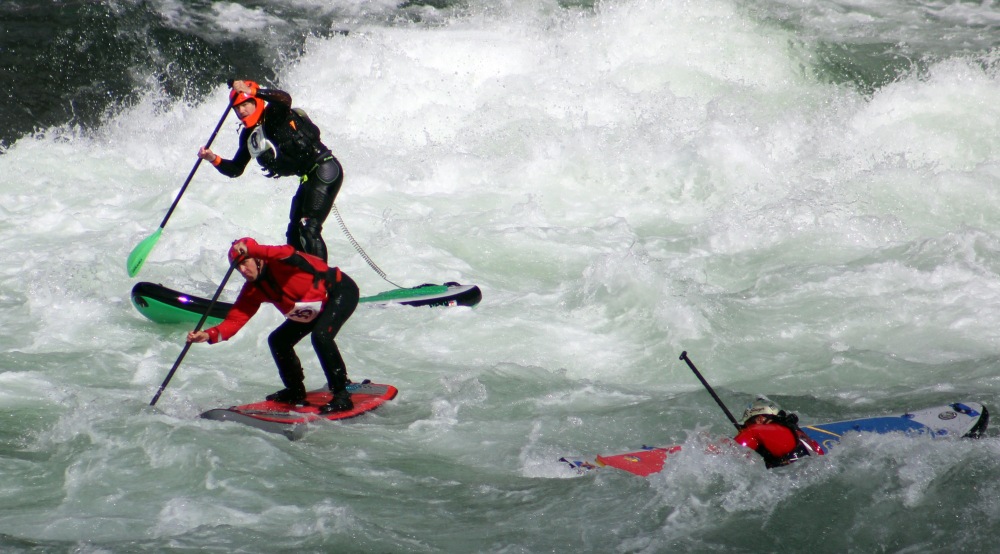 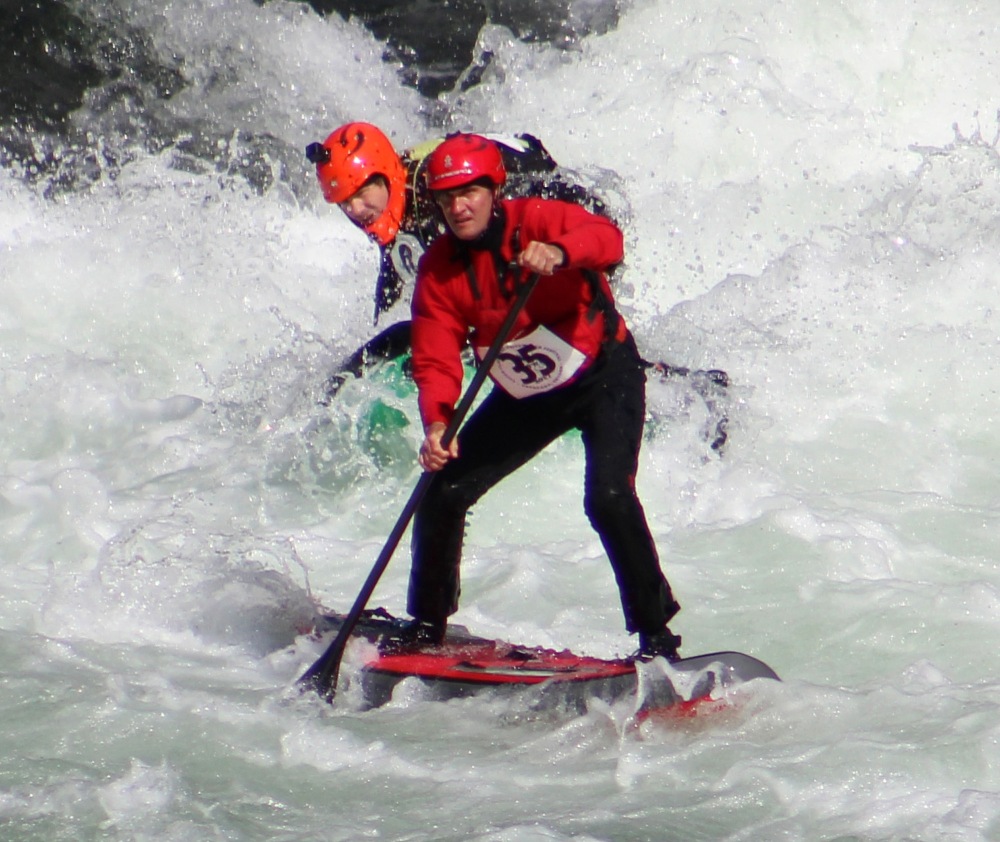 Here’s a close up of Luke’s feet. Check out how he is balancing 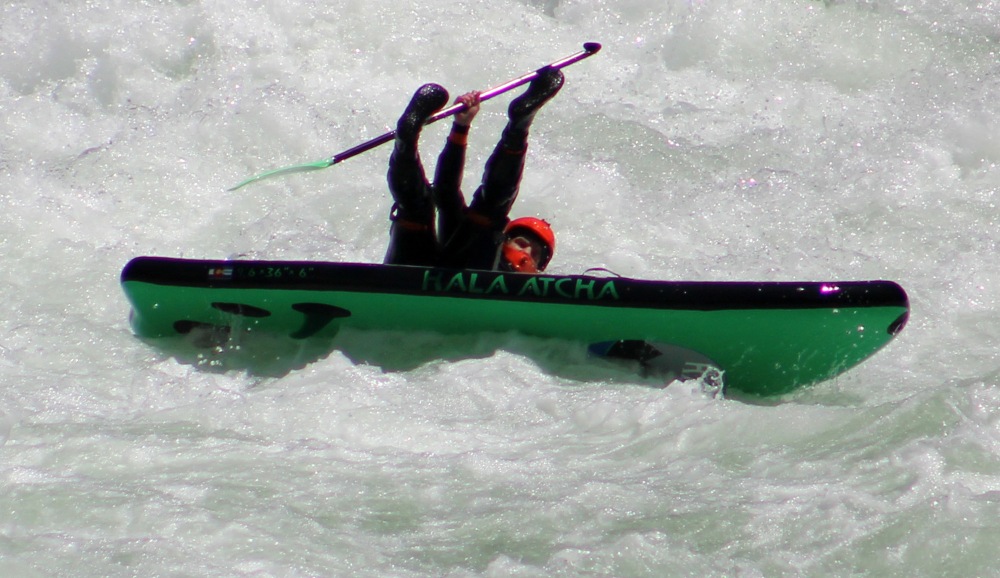 Even the wipeouts were spectacular. So much fun to watch

Serious paddling was required after the rapids to reach the finish line. 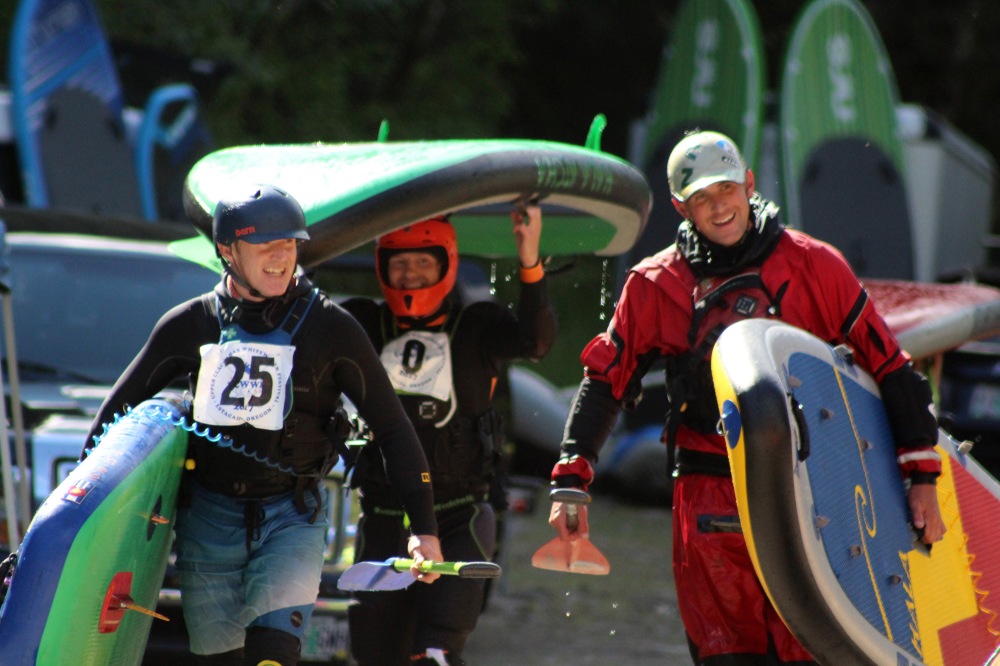 And then the guys had to carry their boards up and back to the top of the event area to be in the next heat.  Look how much fun they were having.

They had a shuttle service for the bigger boats but they still had to be carried up from the water and onto a trailer parked pretty far (at least by my standards) away. This was a physically fit bunch of people.

Luke also participated in the kayak race which was really neat as well. That guy had amazing energy 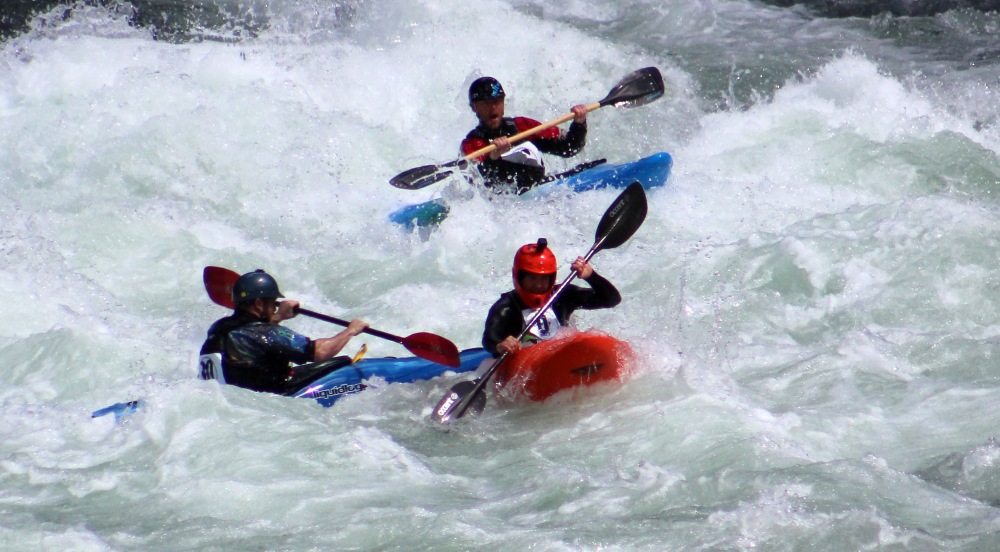 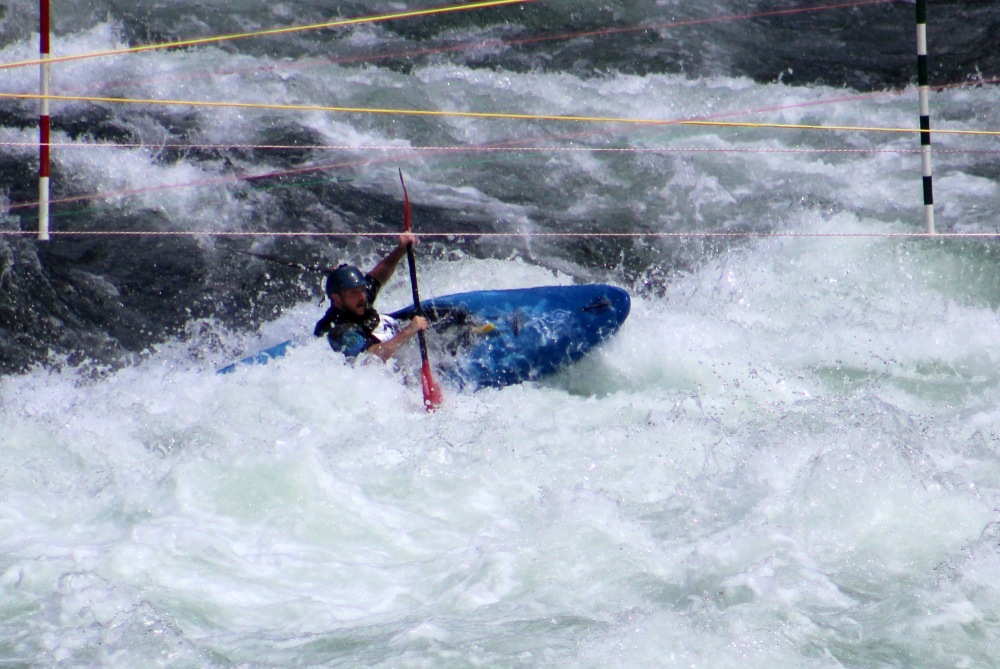 The festival itself was a mix of locals, experts from other areas in Washington and Oregon, and spectators of all age ranges.  Since it was a dog friendly event I also got to see lots of puppies and Lee took some great shots of the festival goers at one point, as he covered for me while I took some pictures of an event. 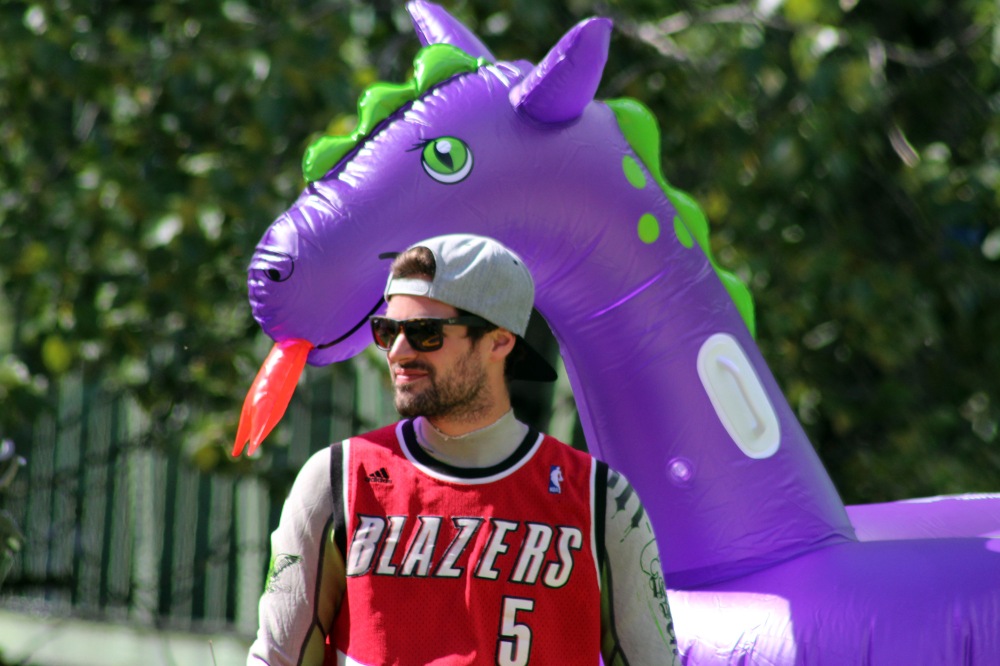 This absolutely beautiful female malamute was huge at 110 pounds 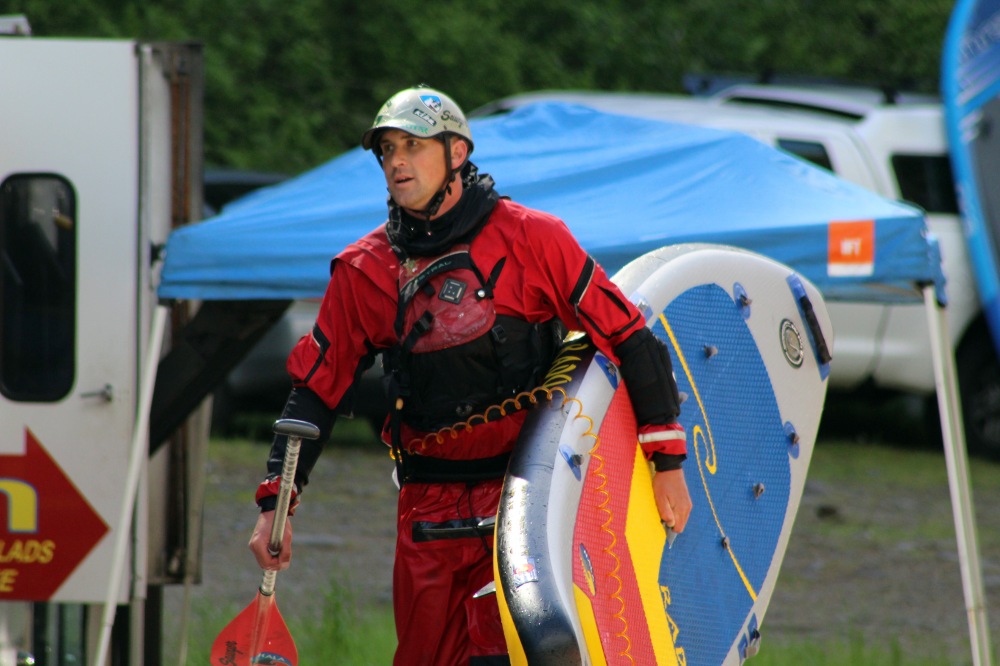 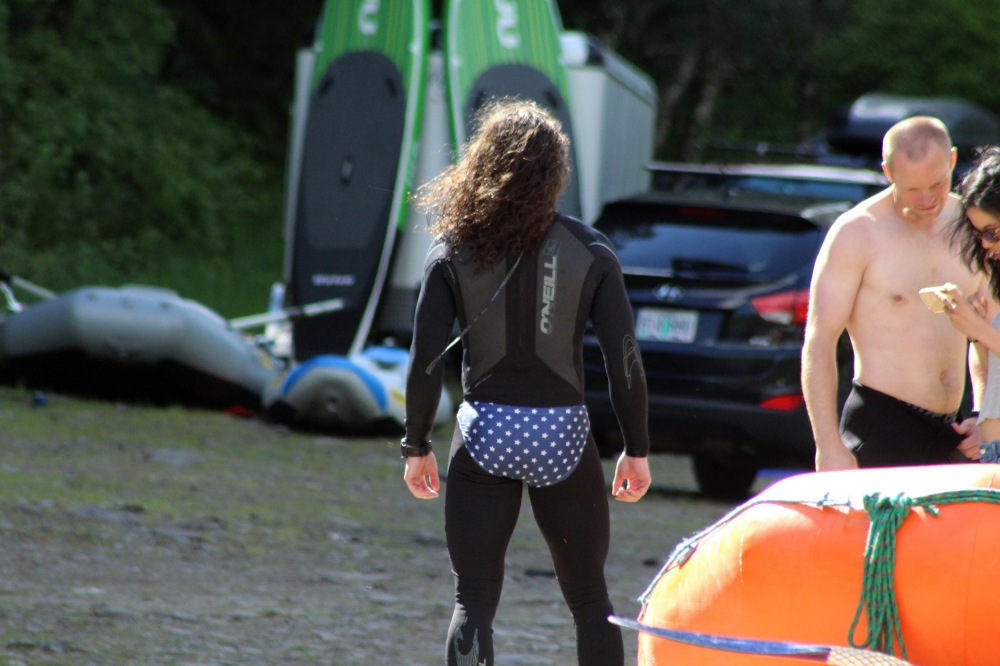 It was a fun group 🙂

The kids loved it too and were climbing all over everything and no one cared. It was that kind of crowd 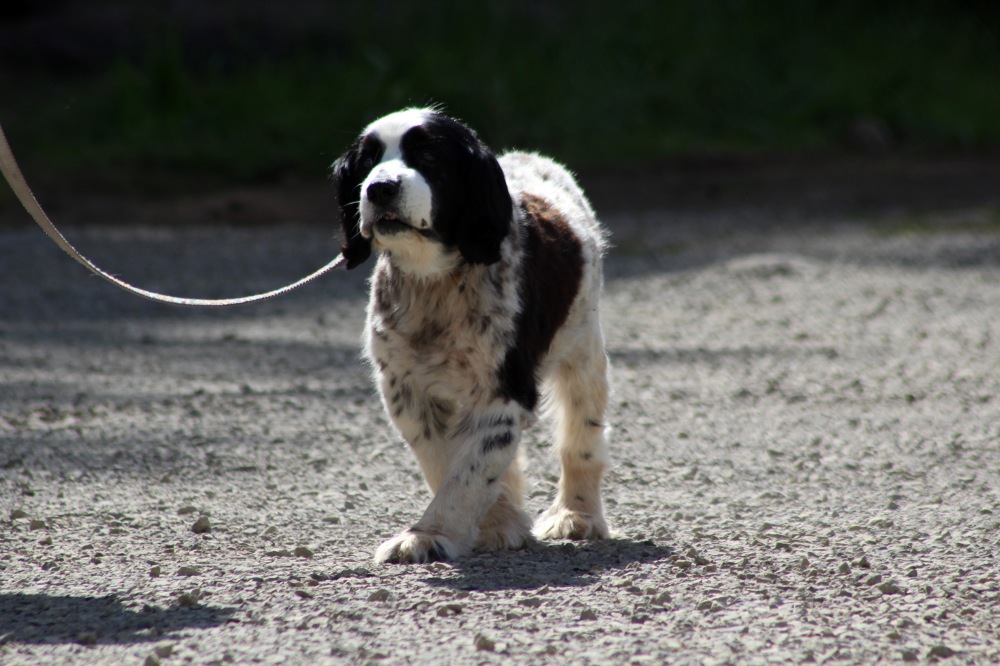 We gave away these whistles which were a hug hit with kids and adults alike. I learned you need a whistle on your life vest to be “legal”

At the end of the last day there was a “rodeo” which had folks doing tricks and trying fun things on the river.  Lee and I were able to watch all of that together because we worked long hours the day before.  I really really enjoyed this.  The people, the events, all of it.  My only regret was I didn’t have the equipment or skill set necessary to get in that water.  It looked like so much fun. 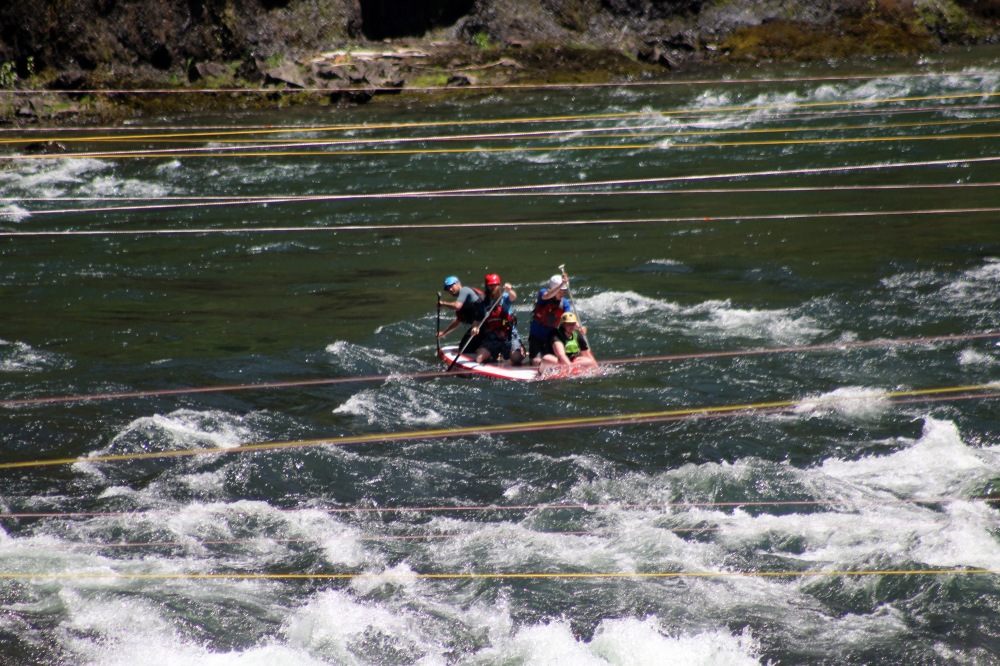 A group of 4 tried to come down on a paddleboat

Still having fun though

But finally gave up and one guy even lost his pants 🙂  The bridge crowd got pretty excited about this!!

The guys in this twosome almost fell out 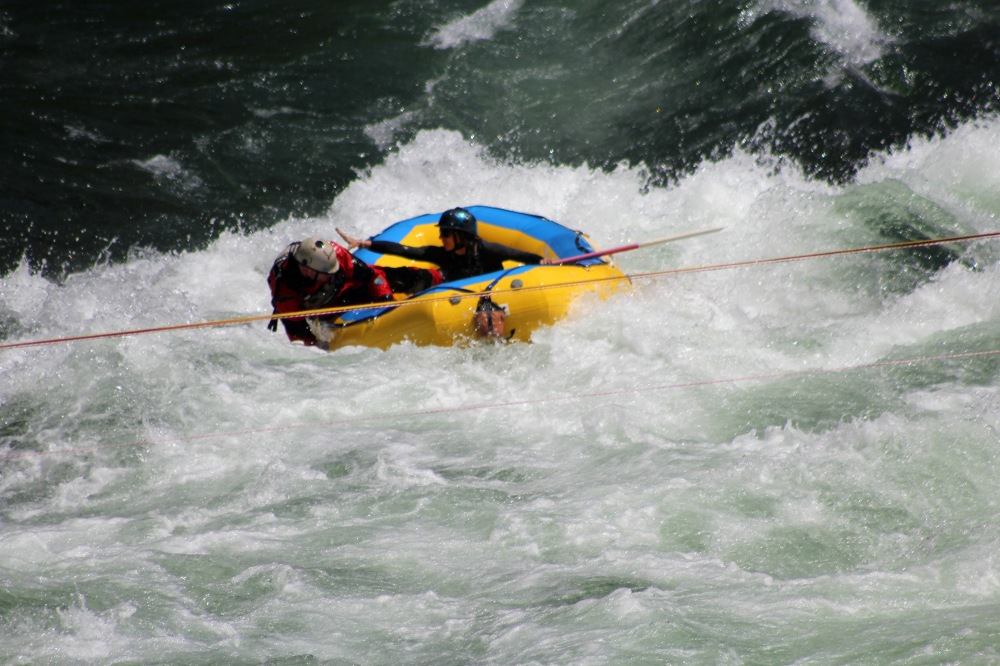 The bridge crowd was cheering “She saved your ass” …was funny 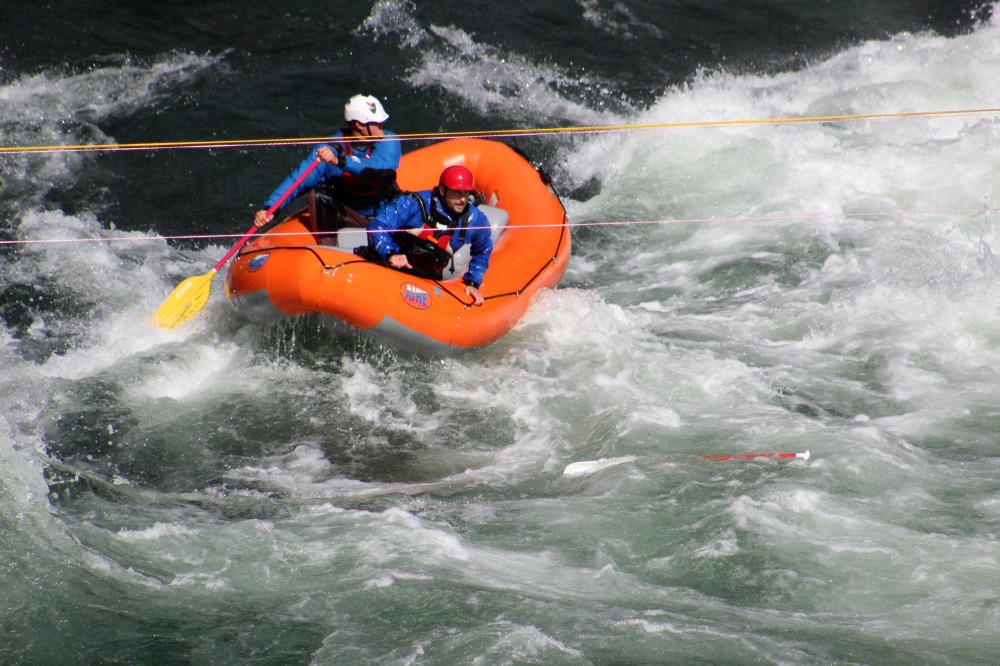 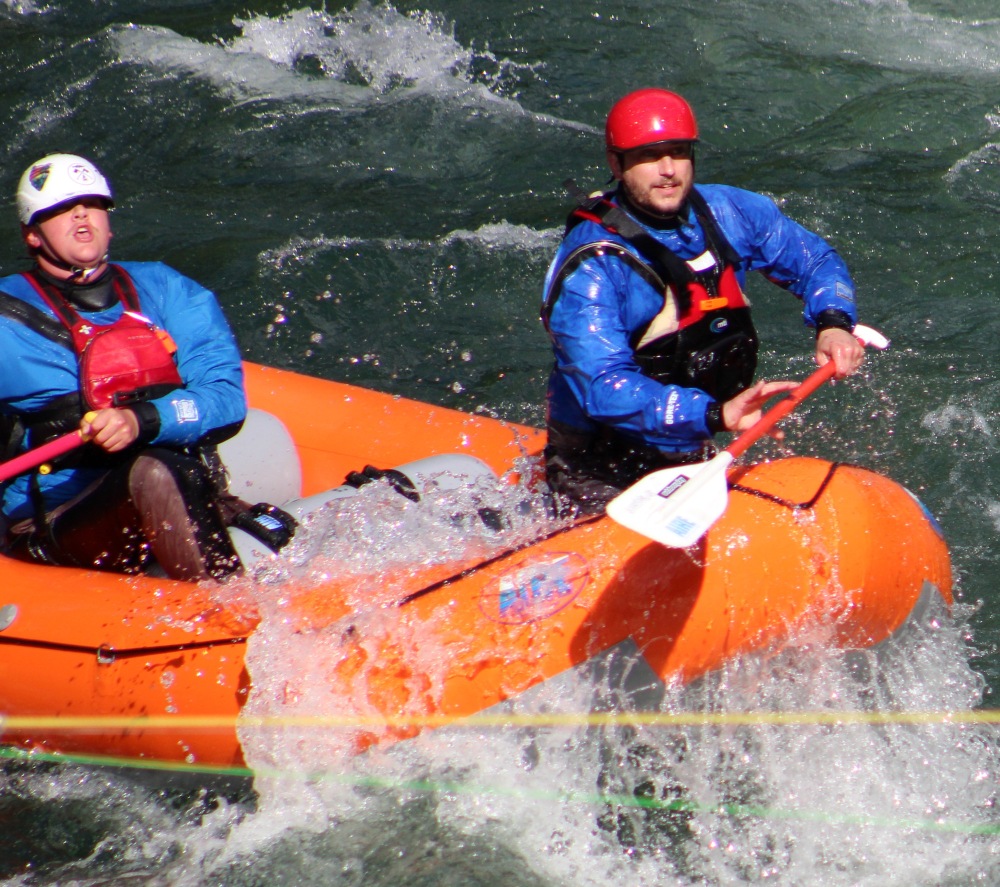 My favorite was though rafting Santa. He was amazing doing “rodeo tricks” with this raft 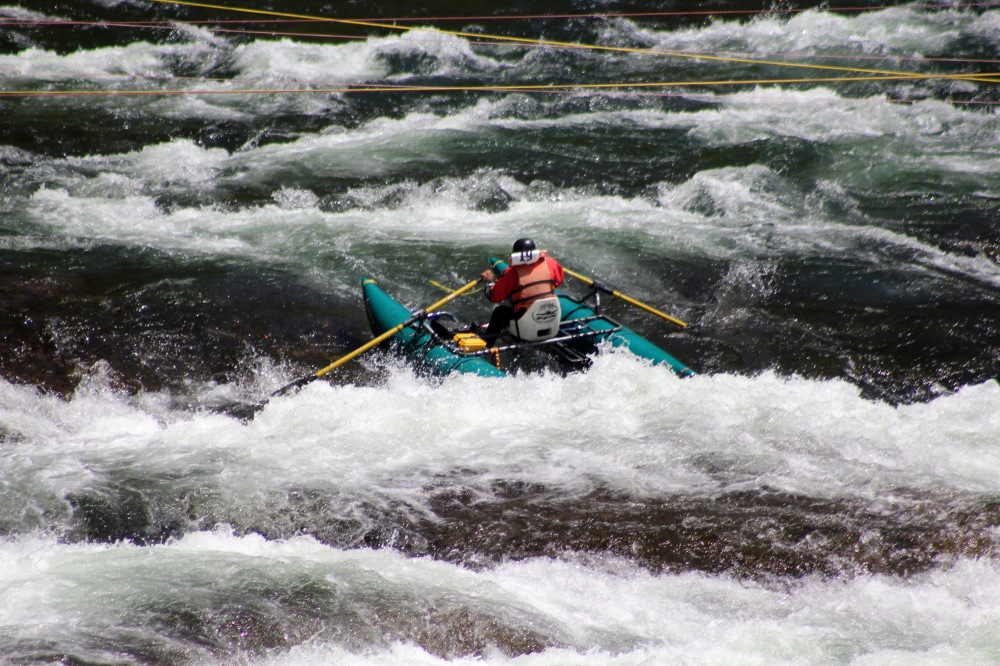 He has turned the raft around and maneuvered it onto a huge rock. Amazing

So glad we got to participate and meet so many local people.  Everyone made us feel very welcome, which is definitely not always the case with small communities. I am sharing some of the pictures with Luke and Tanley and definitely am going to try paddleboarding while we are here.  I may need a wetsuit though because this water is COLD, hovering at around 40 degrees, which makes what these folks did all day even more impressive. If you ever get a chance to see one of these festivals I highly recommend it.

12 thoughts on “First Time at a Whitewater Festival”