Twenty-one months ago Lee and I took our travel trailer on our first long-term road trip to visit our daughter in Minneapolis and we stayed on her fiance’s parents farm in Luck, Wisconsin.  We were very new to camping at that time and that trip convinced us that not only did we like it, but actually living in a camper was an interesting idea and one we should seriously explore.  Fast forward and we have been full-timers for 7 months, we have a MUCH larger RV, and we are back on the farm getting ready for Kat and Micah’s wedding.  So much has changed, but the pleasure of being here and spending time with Jim and Linda thankfully has not.  They are the warmest people and went out of their way to make us feel welcome and comfortable.   As a side note, for those of you who have a piece of property and want to open it up to full-time RVers all I can say is what a wonderful gift that is.  We have a free place to stay (very friendly on the budget) and we are hooked up to their garage for electric and water.  The power is 15 amp which is working just fine for most everything plus we have the generator if it gets really hot.  We also borrowed a box fan which is helping greatly with air flow.  And we don’t need to empty the grey tank at the nearby campground as we have a macerator pump and are parked next to a large grazing field which we are watering.  Plus they have a salad garden and we have had the most wonderful salad and meals every day since we’ve been here.  Nothing much like eating a chicken that was farm raised and killed recently.

Our rig at the farm 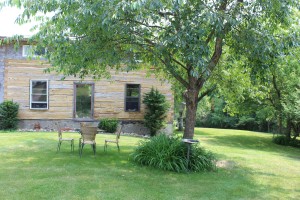 Grey water (after going through the macerator pump) sprinkling the field

Lee and I are both fascinated by the economics of running a farm.  Once the major infrastructure elements are in place raising your own animals is very inexpensive.  We did some loose math and beef is costing them roughly $1.60 a pound; pork and chicken around 60 cents a pound. Yes there is labor involved, but since they mainly raise livestock for their own usage and some extra to sell to friends it’s not too terrible.  Mike (Jim’s brother who lives next door) is an expert at sustainable farming and Jim and Mike have been using techniques from as far away as Australia to raise their livestock.  What they are doing definitely shows in the end product as the meat and eggs taste absolutely terrific.

They currently have 5 cows; two will be butchered soon 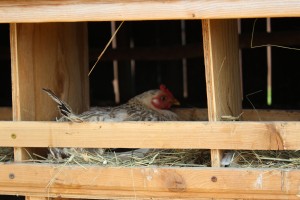 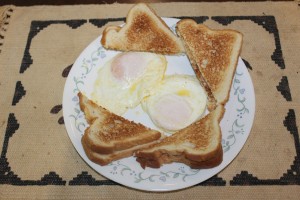 Mike has a very large garden and grows potatoes for the local food Co-Op along with lots of produce that his wife cans and freezes.  They feed the scraps and unused greenery to the pigs they raise which also go to the table, so almost nothing is wasted. 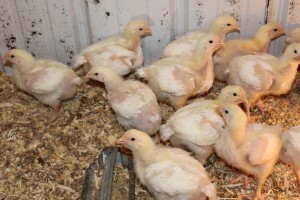 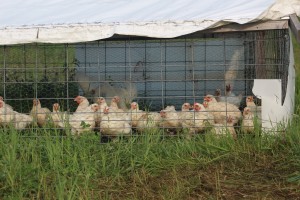 They rotationally graze the cows using some portable fence and move them almost every day to make sure the cows don’t only eat the parts they like.  They also have a very large meadow that they allow to grow and then cut for hay.  Hay making is a three-step process and it is very important that it doesn’t rain during it, so the hay days make for very long days.  First you cut the field, then you rake it to fluff the hay up, and finally you bale it. Out of this large back field they got 800 bails of hay this year which will be more than enough to get the cows through the winter. 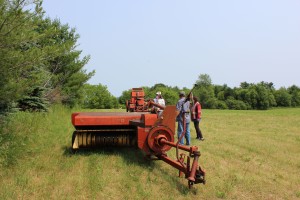 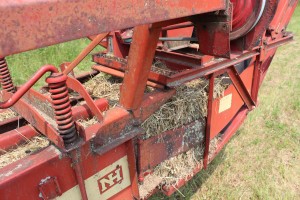 The harmony of the entire operation is really interesting to me and I love that they research and implement the latest techniques relying on both the ancient and the modern to run the most efficient and environmentally friendly farm possible.  Lee was very bummed that we had just missed chicken killing day where they processed 70 chickens.  I, on the other hand, was just fine with missing that day, but we definitely do want to pitch in and help with some things as a thank you for allowing us to stay here.  I bought Jim and Linda a couple of bottles of their favorite wine and alcohol to say thanks but a little manual labor wouldn’t kill me.   They still have some hay bales that need to be moved so hopefully we can help with that.  Plus I’ll get to look at the flowers and butterflies some more. 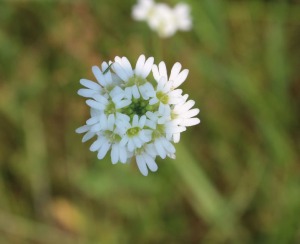 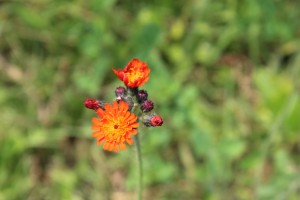 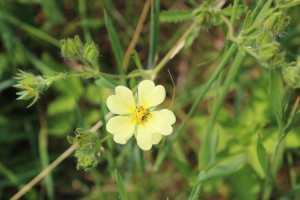 I had Friday off for the holiday and Kat & Micah did as well so they came out in the afternoon.  The six of us spent some time talking about the wedding details and since the kids aren’t having a bridal shower decided to give them their presents.  Jim and Barb bought them a really nice cookware set and I made Kat a cross stitch and had it framed.  I don’t cross stitch much, but I wanted each girl to have a pictorial representation of what I thought of when I pictured them in my mind.  With Kat it is a picture of an angel, because when the kids were small my mom had some beautiful pictures taken of them in angel costumes. Kat was an awesome baby and quite angelic (during her early years) so I thought this was a good representation.  Plus I changed the eye color to green and the lips to ruby-red to match her.  Her reaction was all that I hoped for and Micah was very cool about the fact that their present was really more for her.  He seemed genuinely touched as well which is really all a mom could hope for. 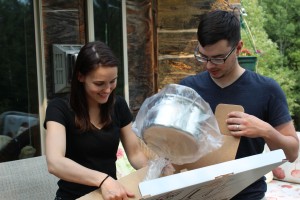 Kat and Micah with their cookware 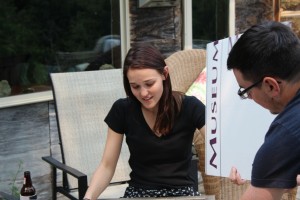 The look on her face was awesome

Kat and Micah looking at the picture

I also need to mention the town of Luck (population 1119) which is about 7 miles away from the farm.  It is a very small town with one main street and lots of local store owners.  We went into town to pick up a few things and had a chance to visit the hardware store, local butcher, Food Co-op, and liquor store.  The prices were of course a little higher but the quality was really good, especially at the Food Co-Op and the local butcher.  We bought some pork chops and spareribs for a reasonable price and locally grown tomatoes, cucumbers, and Wild rice.  I like shopping local when I can and am willing to pay a little more to get fresh local products and support local merchants and farmers.  We also stopped on the way and took a picture of some dinosaurs made of rocks someone had made in front of their house.  It isn’t on Roadside America yet but I am definitely submitting it!! 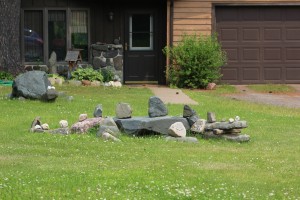 On the fourth of July more of the family gathered and we listened to music, drank some beer, and played lawn games.  I’ve never seen Lee play so many games and he actually won the croquet game hands down.  Turns out I am pretty good at ladders (which I have never played before) and we both kind of sucked at a game called bags.  Later in the evening some folks went to fireworks but since it was so buggy many of us stayed in and played the Bigger Blacker Box of Cards Against Humanity

which was hysterical.  I have to get the expansion packs.  It was a really fun weekend and it was nice getting to know some of Micah’s extended family better.  We have a week of working and then the true wedding countdown begins.

Lee discovered he likes games that he can play and drink

Jim showing me how to play ladders 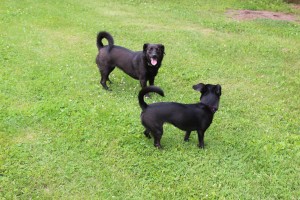